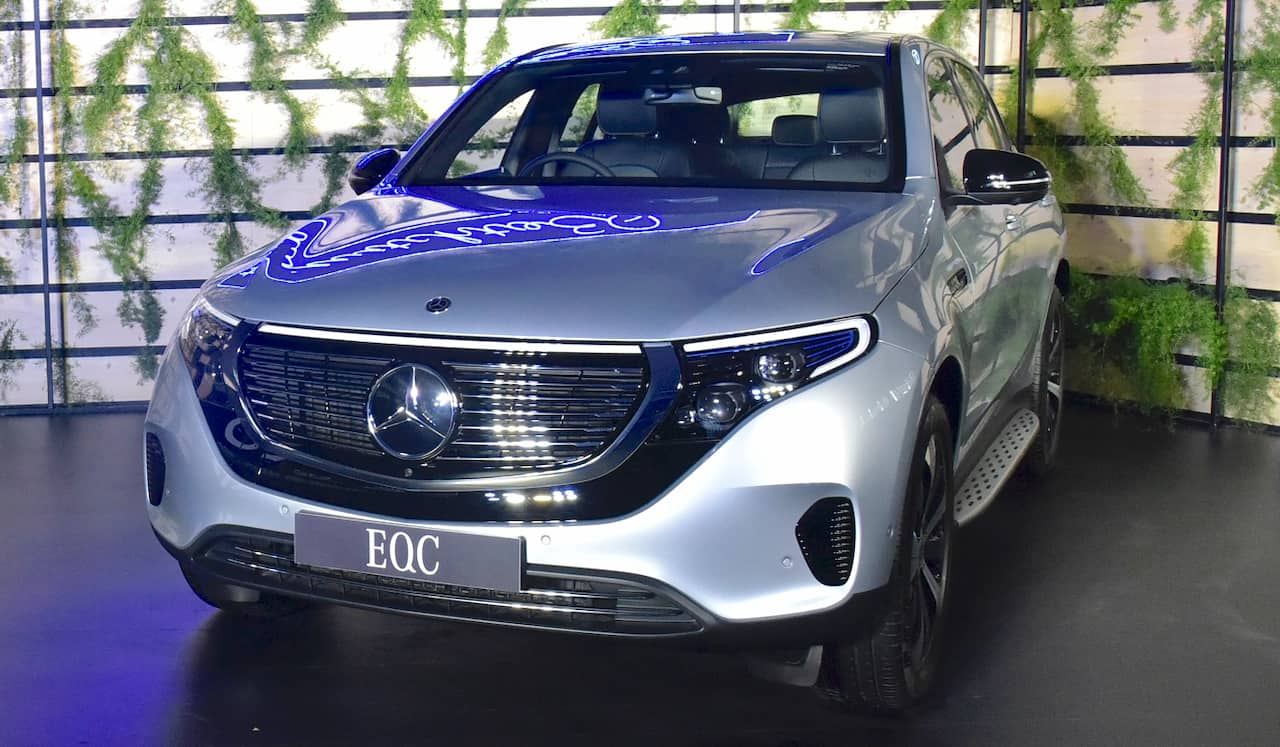 Update: ‘MB.EA-M platform’ and ‘Made in two factories’ sections added.

In 2021, Mercedes-Benz canceled the EQC U.S. launch after repeated postponements. All hope is not lost for fans of the three-pointed star. In this story, we’ll discuss how Mercedes plans to bring the next-gen EQC to America in about three years.

The second-generation Mercedes EQC SUV should have the specifications, features, and design that Americans are most interested in, unlike the current model, which is a conversion of the GLC. Automotive News said in a report in 2021 that Mercedes-Benz informed dealers about plans to release the next-gen EQC (EQC SUV) in the U.S. around 2025 and bring a C-Class EV to the country. The latter could take the Mercedes EQC name once the SUV changes to the EQC SUV.

The next-gen EQC could have double the usual system voltage – 800 volts. 800 volts of system voltage gives many advantages, including reduced charging time, higher performance, and reduced cabling weight and installation space. The most important benefit to EQC customers would be ultra-fast charging. Compared to the widely used 400-volt charging technology, 800-volt charging technology could recharge the battery pack to 80% SoC in less than 20 minutes.

The all-new EQC could get Mercedes-Benz Group’s next-gen batteries that are more efficient. The company plans to introduce batteries with an energy density of up to 900 Wh/l in the coming years. That’d be a huge upgrade over its current technology, which peaks at more than 550 Wh/l.

Citing Mercedes-Benz R&D chief Markus Schafer, Autoblog suggests that the next-gen EQC may come with a solar roof option. Schafer told media after the Mercedes Vision EQXX world premiere in January 2022 that Mercedes-Benz customers will “probably” get to specify their vehicles with uninterrupted glass roofs or solar roofs. Schafer mentioned that the company wants to use solar panel roofs in its vehicles, “probably starting (in) 2024.”

The Vision EQXX concept car features a solar roof consisting of 117 solar cells. An LFP battery stores the solar energy and supplies it to a climate blower, the lights, the infotainment system, and other ancillaries. The solar roof reduces the energy consumption of the traction battery pack, leading to an increase in the driving range of 25 km (15.5 mi). Mercedes-Benz and its partners are trying to use solar power to charge the traction battery pack, which would allow customers to drive their EVs longer without plugging in.

MBUX Hyperscreen should filter down to the mid-size class when the next-gen EQC (EQC SUV) arrives. It could be an optional feature in the redesigned electric mid-size SUV. Three separate displays sit beneath a 56-inch, gently curved piece of glass and look like a single display floating on the dashboard. One of the three displays is an LCD unit located in front of the driver and serves as the instrument cluster. Then there’s an OLED central display that supports touch input. The third display is for the front passenger, and that is also an OLED touchscreen.

Made in two factories

Production of the next-gen Mercedes EQC (Mercedes EQC SUV) is likely to take place at the Mercedes-Benz plant in Bremen, Germany, and the Beijing Benz Automotive Co., Ltd. (BBAC) in Beijing, China. We don’t say this just based on the fact that these factories make the. current-gen EQC. We’ve learned that Mercedes-Benz and Daimler Greater China are hiring to prepare for the production of MB.EA-M platform-based models in these factories.

Like BMW decided against shipping the iX3 to the U.S., Mercedes-Benz has not released its first-gen electric SUV stateside. Considering how Tesla dominates this space in the U.S., it seems possible that these companies didn’t consider the U.S. seriously when designing the retrofitted EVs, which were the means to an end.

Mercedes-Benz’s EQC and BMW’s iX3 are no match for the Tesla Model Y, which is a force of nature in the electric crossover market. The Tesla crossover has its competition beat when it comes to specs, with a 326-mile range, a 3.5-second 0-60 mph acceleration time, and a 155 mph top speed. The supply of the German SUV is limited, and countries with stricter emission goals have higher allocations, as otherwise, the company would have to contend with huge fines.

In 2020, which was the EQC’s first full year of sales, approximately 20,000 units went to customers worldwide. In 2021, in the first three quarters of the year, Mercedes-Benz sold 17,938 units of the EQC. As for the iX3, BMW sold about 37,939 units in 2021. For an idea of how far ahead Elon Musk and his car company is, Tesla is increasing global production, and the individual numbers would soon hardly represent the Model Y monthly sales volume!

Instead of starting the EQ electric sub-brand in the U.S. with the EQC, Mercedes-Benz has released the EQS with a top-down approach. The S Class equivalent allows customers to experience the pinnacle of a Mercedes electric vehicle. The company will sell two locally manufactured EQ models in the United States in the form of the EQS SUV (2022) and EQE SUV (2023) in addition to the imported EQB (summer 2022).

Mercedes-Benz is conducting extensive research to make the body, body shell, and interior of its vehicles more sustainable. By the time the next-gen EQC meets production, the company may have new sourcing contracts in place for eco-friendly materials. Unlike the current EQC, which uses a mixture of man-made leather and real leather, the next-gen EQC could come with a completely leather-free interior option. The company is exploring new raw materials such as the cactus-based biomaterial Deserttex.

For customers who prefer genuine leather in their cars, Mercedes-Benz plans to offer sustainably produced and processed genuine leather from 2023. From livestock breeding to tanning, leather production and processing will be under extra scrutiny. Suppliers will need to strictly adhere to environment conservation laws and abstain from illegal deforestation.

In addition, Mercedes-Benz is looking into commercializing the innovative materials of its concept cars. For example, it is considering using the Vision EQXX’s animal-free silk-like biotechnological textile and its carpets made of bamboo fibers in series-production models. The company will switch to almost entirely CO2-free steel from 2025.

Current Mercedes EQC to be discontinued in May 2023: Report

Business Insider (Germany) reported on July 10, 2022, that Mercedes-Benz will stop manufacturing the EQC in Bremen on May 3, 2022, based on internal documents. When asked about the speculation, the company declined to comment.

Mercedes EQC production in China will also end in 2023 when the Mercedes EQE SUV (codename: Mercedes X294) comes to market, according to a report JESMB blog published on July 13, 2022. The EQE SUV is reported to be the larger successor to the EQC SUV. As of yet, Mercedes-Benz has not made any such announcements or given any indications.

While the EQC isn’t a big seller, not having an electric midsize SUV in the lineup does not seem wise, especially in the U.S. and China. As a result, the EQE SUV, in a low-spec variant, could serve as a placeholder until the next-generation EQC SUV becomes available in 2025.

What is the Mercedes EQC release date in the USA?

U.S. is reportedly getting the next-gen EQC towards the end of 2025. It should boast far superior specs compared to the first-gen.

Which SUVs would the Mercedes EQC rival?

What is the expected Mercedes EQC price?

We expect Mercedes to release the EQC at around USD 60,000. 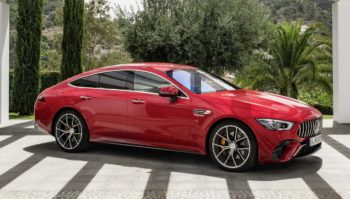 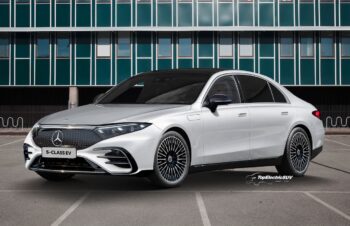