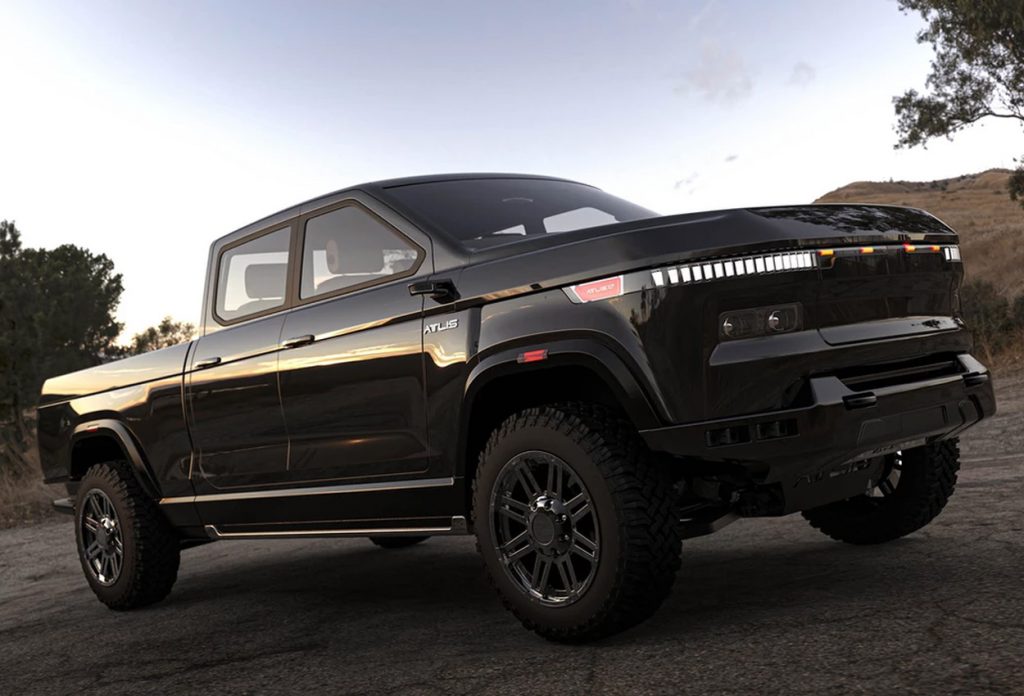 Deliveries of the Tesla Cybertruck are scheduled for late 2021, however, it would be the higher-end tri-motor and dual-motor variants which will come available first. The Cybertruck will be made at Tesla’s upcoming Gigafactory in Austin, Texas, whose construction is expected to finish by May 2021.

We know the Tesla Cybertruck prices already: the entry variant, single motor (deliveries expected in 2022) starts at USD 39,900, the dual-motor Cybertruck is priced at USD 49,900 and the tri-motor costs USD 69,900.

According to initial customer polls, the average transaction price was USD 62,554, indicating that the bulk of the Cybertruck orders are for the tri- and dual-motor variants. It is estimated that over half a million orders have been placed for Tesla’s first electric pickup truck but the company has not announced a number in the recent months.

The tri-motor Tesla Cybertruck can do 0-60 mph in about 2.8 seconds, Tesla said. The most efficient variant of the upcoming electric pickup can exceed 500 miles on a single charge.

The Lordstown Endurance made headlines in September 2020 thanks to two key events. Not only did the company reveal the exterior and interior of the upcoming electric pickup, but President Donald Trump had it over at the White House for a promotional activity.

The company says it wants to be the first production electric pickup with in-wheel electric motors. Even the base variant has an AWD system with hub type electric motors making about 600 hp. The Endurance will offer a towing capacity of 7,500 lbs and a range of 250 miles. The Lordstown pickup truck will be significantly more capable than the gasoline Ford F-150. The company has released a video of its upcoming electric pickup truck taking on the Blue Oval’s offering in a tug of war. The comparison will be fair if the Detroit-based automaker’s upcoming electric pickup truck, the Ford F150 Electric, is at the other end of the rope.

The Lordstown Endurance will have a software governed top speed of 80 mph, though it will have a gradeability of 30 per cent at gross vehicle weight. A full charge will take 10.5 hours on an AC charger or 1.5 hours using a level 3 DC system.

Lordstown Motors merged with acquisition company DiamondPeak Holdings in October 2020. This merger brought it around $675 million in proceeds, funds enough to ensure swift mass-production in the early phase. The company plans to start manufacturing the Lordstown Endurance in H2 2021 and begin deliveries by September 2021. The Endurance electric pickup is priced from USD 52,500 (excluding state and federal incentives), and over 40,000 orders have been received by the company.

Last month, a video released by the Rivian shows the Rivian R1T undergoing towing testing in insane 118 deg F heat conditions. The testing began at an elevation of 550 feet, climbing to 3,500 feet in just 11.4 miles (this is, of course, the Colorado Black Mountains we are talking about). The R1T was towing an 11,000 lbs, 30ft trailer, at a minimum speed of 40 mph.

The Rivian R1T will have four electric motors generating up to 700 horsepower and come with three battery pack options: 105 kWh, 135 kWh and 180 kWh. The 180 kWh variant is claimed to do the 0-60 mph sprint in 3.2 seconds and achieve over 400 miles on a single charge. Rivian is taking USD 1,000 pre-orders for the R1T pickup, though it has not disclosed the number of bookings recorded.

The GMC Hummer electric pickup is the most anticipated upcoming electric pickup for 2021. Its highlights include up to 1,000 hp and 11,500 lb.-ft of torque (15,000 Nm), an open-air Infinity Roof, modular Sky Panels, 0-60 mph in 3 seconds, an Adrenaline Mode, a Crab Mode (explained in the video), an ‘Ultium’ battery, Super fast charging, a next-gen ‘SuperCruise’ and an UltraVision camera.

The GMC Hummer EV showcased this month is almost production-ready. Citing John Mack, its designer, a report from Muscle Cars & Trucks has said that it is “about 98%” accurate visually. Some parts will undergo revisions before series production, such as the skid plates and tailgate, and there could be alterations to the surface details. These revisions should be subtle, and so, customers may not notice them. Deliveries of the Hummer electric pickup will commence in fall 2021.

In June this year, Bollinger Motors announced that it had received patents for Passthrough and Frunkgate technology which allows thorough loading on the electric pickup, thanks to the lack of an engine. Customers will have access to a 16-foot through-loading space on the B2 electric pickup.

Bollinger Motors has developed its own battery pack, composed of modules in 35 kWh strings. Depending on the requirement as per the model and configuration, the company can connect them in series or parallel to achieve the desired pack configuration and size. The company will offer 35 kWh, 70 kWh, 105 kWh, 140 kWh, 175 kWh and even bigger battery pack options in models including the Bollinger B2. Many battery packs will be capable of both 350-volt and 700-volt configurations.

Manufacturing of the battery packs of the Bollinger B2 and all other Bollinger models will be in-house. The company plans to offer its battery packs commercially for standalone applications as well, starting next year. Its Battery Management System (BMS) is also an in-house work, capable of handling any number of strings. So, all future battery-pack sizes and voltages can be handled by one BMS.

With production scheduled to start in 2021, deliveries of Bollinger Motors’ upcoming electric pickup truck (and B1 SUV) should take place later in the year.

Arizona-based electric vehicle startup, Atlis Motors, expects to launch the Atlis XT electric pickup truck in the third quarter of 2021. Prices of the upcoming electric pickup are expected to start at the USD 45,000 mark.

Atlis announced at the time of unveiling the XT that it would feature a capable AWD system with four wheel steering, drive-by-wire, independent traction for the wheels.

The company also announced the Atlis XT electric would feature battery packs ranging from 125 kWh to 250 kWh, battery life of 1 million miles of battery life, driving range of 500 miles and a top speed of 120 mph. Based on the battery chosen, the Atlis XT can be had with a 6.5 or 8-foot long bed and a towing capability between 5,000 lbs – 20,000 lbs.

In a video streamed by the company in March 2020, Atlis Motors CEO Mark Hanchett said engineers were able to achieve a 0-100 per cent recharge in under 10 minutes with an early stage prototype. In a recent media interview, Hanchett confirmed that the Atlis XT would have 500 miles of driving range, and a 0-100 per cent charging time of 15 minutes. Details about the truck’s launch and availability would be confirmed in early 2021.

The Chevrolet “BET” electric pickup truck, as the company referred to it in its 2019 Sustainability Report, is expected next year as a surprise rival to the Ford F150 Electric (which will come only in 2022). GM has not gone into too many details about the upcoming electric pickup, but has confirmed over 400 miles of range.

The Chevy BET electric will use the Ultium battery family which features high-nickel and low-cobalt content and will be available in capacities from 50 to 200 kWh with the BET getting the largest battery pack. Ultium-equipped EVs will have Level 2 and DC fast charging which will give over 100 miles of range in just 10 minutes.

Where the GMC Hummer electric would be the flagship demonstrator of what General Motors can do on the electric utility vehicle front, the BET truck would cater to the mass market, volume spinning segment where electric vehicles are trying to be more accessible, and get existing customers to convert from their gas-powered trucks and SUVs. This upcoming electric pickup truck will rival the Ford F-150 Electric.

As interesting as the Mercedes EQG’s emission-free powertrain is its interior, arguably the classiest ever for a G-Class. 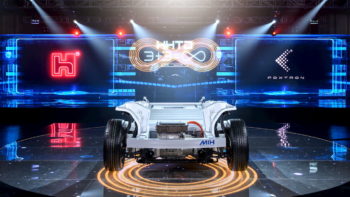 Foxconn will showcase 3 new electric cars in October 2021, and one of them will likely be an SUV. 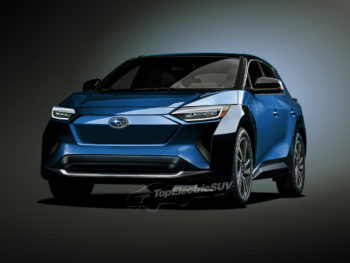