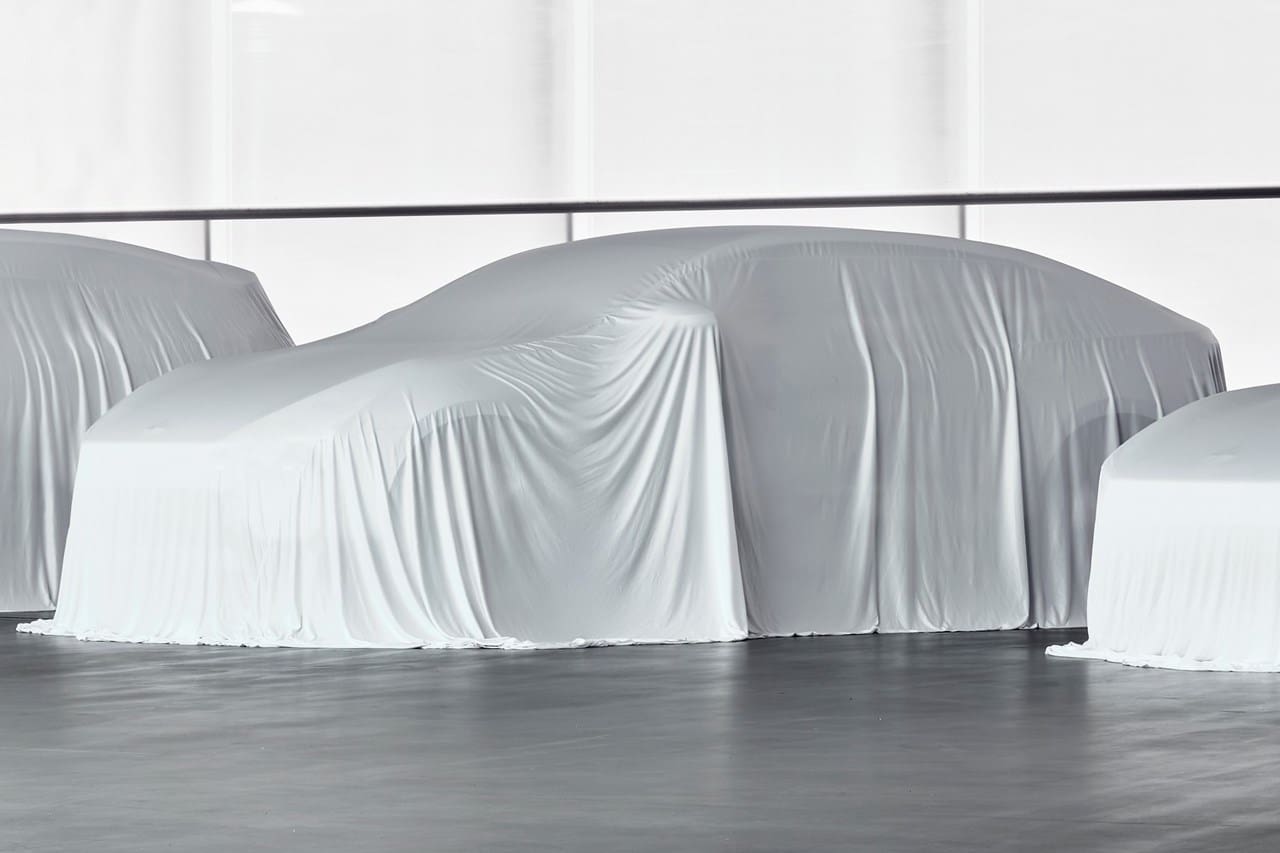 Swedish high-performance electrified carmaker Polestar has laid out a robust plan to become a significant player in the luxury EV space. The company has three electric vehicles in the pipeline, and future Polestar models include a Tesla Model Y rival: the Polestar 4. Here’s everything we know about the premium sport SUV, positioned in the D Segment.

Polestar has plenty to do in this early stage of establishing itself as a global brand. It doesn’t intend to add creating a new nomenclature to the list. The company is using a number based on the position in the line-up for the name of the model that it plans to launch after the 3. Soon after the 4, Polestar will drive in the 5 and 6 models.

Having witnessed too many painful naming processes in the car industry and given the risk of infringing someone’s trademark, Polestar CEO Thomas Ingenlath is happy with the company’s uncomplicated nomenclature. That’s what he said while discussing the brand’s future with TechCrunch at the Quail during the 2022 Monterey Car Week.

The Polestar 4 could become the brand’s key volume achiever as it would compete in a segment popular in the brand’s central markets such as the U.S., China, and the UK. Polestar says that the 4 will be a “premium sport SUV” that costs similar to the Porsche Macan. In the EV world, though, the Tesla Model Y and the Audi Q6 e-tron Sportback would be the main contenders. In 2025, the Lotus Type 134 will join the list, and it could be technically related to the 4.

In the brand’s Annual Review 2021 report, it laid out plans to expand its portfolio with a range of new electric vehicles that also includes the Polestar 4. Here’s what the report says:

The Polestar 4 will be a sporty SUV coupe, more compact than Polestar 3, with high-volume potential. It will aim to bring the driving dynamics and minimalist style of Polestar to a market segment that we believe will continue to grow.

Statement from Polestar in its Annual Review 2021

In addition to the smaller size, the 4 would differ from the 3 with an individual design. Ingenlath told British magazine CAR that the shape and silhouette of each new Polestar model would be different. The teaser pictured below clearly shows its tail light would have L-shaped outer ends like on the 5, not C-shaped outer ends like on the 4. The 4 features a flattish tail section that is sharp, wide, and minimalist.

While the Polestar 3 is an SUV, the Polestar 4 will be an SUV-coupe with muscular shoulders and a lower roof that steeply merges into the rear. The more aerodynamic body should reduce energy consumption and help improve range.

Spy pictures have revealed the sporty stance of the Polestar 4, achieved with notably short overhangs and a low and sloping roofline that merges with a short rear deck. The greenhouse is sleek and gets progressively narrower toward the end, adding to the dynamic style of the vehicle, and so does the athletic shoulder area.

According to an investor document Polestar published in May 2022, the Polestar 4 will sit on the PMA platform. However, Geely Auto Group has now moved to the SEA (Sustainable Experience Architecture platform), an evolution that has far better specifications than the PMA.

It is nicely on track and we indeed will be preparing to bring this car to market within 2023.

Polestar CEO Thomas Ingenlath providing an update on the development of the 4 at the Polestar Q3 2022 results conference call on Nov 11, 2022

Announced in September 2020, the SEA platform currently underpins the Zeekr 001, Smart #1 electric SUV, and Zeekr 009, and in the future, will be applied to the Volvo EX30 among a spate of new EVs. Expect the Polestar 4 to also ride on the upgraded platform.

The 4 may come with single-motor and dual-motor powertrain options. There’s no word on the specifications yet, but given its positioning in the Polestar line-up, its power and torque are unlikely to be higher than the 3’s 517 hp and 671 lb.-ft, respectively. In the top-spec configurations, it should hit 0-60 mph comfortably in under five seconds. The battery pack capacity could be between 80 and 90 kWh, with a target of achieving an EPA-est. range of around 300 miles.

Though Volvo Car Group plans to make the Polestar 3 in the U.S., it has no intentions of manufacturing the Polestar 4 anywhere other than in China. The company has finalized the Hangzhou Bay factory that Geely owns and operates as its production site. Based on jobs per hour according to Geely practices, Polestar estimates this facility can roll out 240,000 vehicles annually.

We will launch the car (Polestar 4), and I’m not talking about just going to present the design of the car. That will be the start of the launch that includes of course as well the industrial milestones that we will hit along the line in 2023.

Not all of Polestar’s markets would get the 4 in 2023, though. In Australia, Gizmodo Australia expects the launch to take place at the end of 2024. That could be the case in many other markets that are not as bullish on electrification as China, Western European countries, and the U.S.

The Polestar 4 will cost around EUR 55,000, Ingenlath told CAR Magazine. However, he said that it would reach this price “eventually,” meaning that the most basic configuration won’t be available at launch. Effectively, the launch price could be higher, say around EUR 70,000, as it follows a top-down approach.

On November 3, 2022, Polestar announced a fresh injection of funds, which should secure and maybe fast-track operations to bring the 4 and other high-volume models to the market. The company raised USD 800 million as an 18-month term loan from Volvo Cars and a matching amount with direct and indirect financing and liquidity support from PSD Investment.

Polestar aims to be present in 30 markets by the end of 2023. According to an announcement Polestar made on December 21, 2022, the company is present in 27 markets already. The company entered eight new markets in 2022: Italy, Spain, Ireland, and Portugal in Europe, Hong Kong in Asia-Pacific, and the UAE, Israel, and Kuwait in the Middle East.

With a sporty exterior, a minimalist and high-tech interior, and high performance, the Polestar 4 is shaping up to be a formidable mid-size SUV coupe. Unlike the Tesla Model Y, it does not have seven seats, nor does it have a 3.5-second acceleration time from 0-60 mph, but it should offer a similar range and more robust build quality.

What is the Polestar 4 release date?

The Polestar 4 will be launched in the first markets in late 2023.

What will be the Polestar 4 price?

The range will begin at around EUR 55,000 in Europe, with higher configurations (~EUR 70,000) getting prioritized.

Which models will be Polestar 4 rivals?

The 4 will compete with the variants of the Tesla Model Y, Lotus Type 134 & Audi Q6 Sportback e-tron. 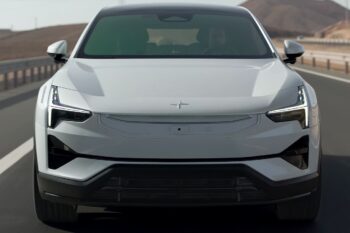 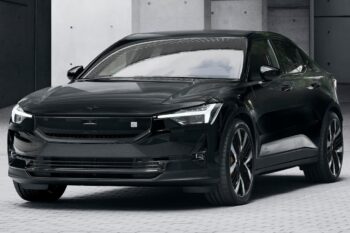 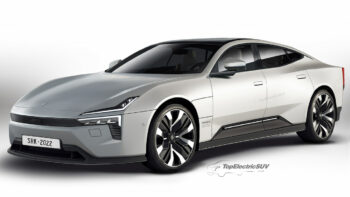 The Polestar 5, an all electric four-door luxury GT, will be the brand’s most capable EV.