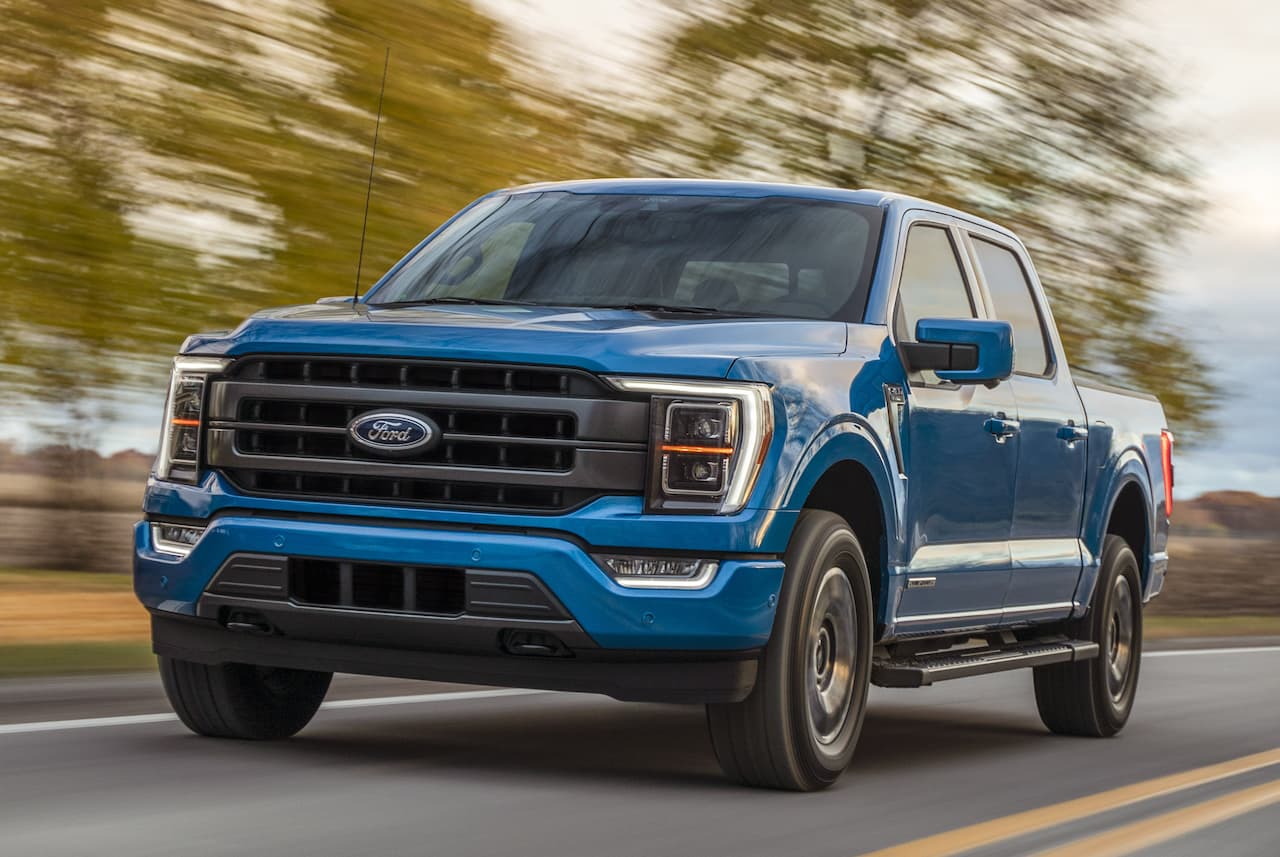 The pickup truck is the most popular passenger vehicle segment in the United States. Americans, for years, have been resonating with the practicality of the pickup—the high-riding position, ability to wander off the beaten path, and most importantly, the payload and towing capacity. According to data gathered by Car and Driver, the top three vehicles (by sales volume) sold in the U.S. in 2021 were trucks.

Given the popularity, one would assume that trucks are available with multiple powertrain choices. They are, but hybrid options are only a handful. As of May 2022, there are only four hybrid pickup truck options available for purchase in the United States. In this article, we’ll dive deep into those options and what new choices customers will have in the future.

There are only four hybrid pickup truck options in the U.S. because manufacturers didn’t find a business case in hybrid trucks in the past.

Firstly, hybrid powertrains cost more than ICE-only powertrains. The starting price of the Ford F-150 Hybrid (4-door King Ranch) in the U.S. is USD 64,230 (OTR), while the ICE-only Ford F-150 (4-door Lariat) starts at USD 50,505. Even though the entire cost difference isn’t attributed to the hybrid engine, ICE models generally start at a much lower price, making them attractive to customers.

Even though hybrids deliver extra mpg, the fuel savings cost may not offset the additional purchase price, at least for the first few years, which can also be off-putting for buyers. Moreover, a hybrid will contain a battery, which may need replacement during the ownership. If the battery warranty period is over, it might cost customers a hefty price to get it replaced—a problem second or third owners may face.

Electric trucks on their way

Another reason for limited hybrid truck options is the transition towards pure EVs. There are already more electric pickup trucks in the pipeline than hybrid trucks on sale. With increased climate consciousness, sky-rocketing fuel costs, and more awareness about the benefits of EVs, carmakers are betting big on pure electric trucks. This segment will be flooded with around 15 options by mid-decade, which may affect the growth of the hybrid truck space.

However, customers have a value for money choice under USD 20,000 (MSRP) in the United States with the new Ford Maverick hybrid pickup truck. With the Maverick Hybrid selling like hotcakes (iSeeCars reported that it was the 7th ‘fastest selling’ new vehicle in the U.S. in March 2022), other automakers may feel the need to introduce a hybrid truck at a lower price point in the future. Hybrid trucks may not have been popular so far, but carmakers and consumers seem to embrace different electrification forms in the journey towards carbon neutrality.

The Ford F-150 hybrid pickup truck was released early in 2021 in the U.S. It appears visually identical to the regular F-150, and the difference is under the hood, where the truck comes with the 3.5-liter Powerboost full hybrid V6 engine. The engine is mated to a 46.5 hp electric motor which draws energy from a 1.5 kWh lithium-ion battery. The peak output of this hybrid system is 430 hp and 570 lb-ft.

The combined fuel efficiency of this engine is 25 mpg (EPA), which is far better than the fuel efficiency of all other powertrains available on the F-150. Moreover, Ford’s Pro Power Onboard exportable energy is standard on the F-150 Hybrid. A 2.4 kW system with up to four 120 V/20 A sockets is standard, while customers can choose a more powerful 7.2 kW system with six outlets.

Additionally, the customers can tow up to 12,700 lbs and haul up to 2000 lbs of cargo while benefiting from the efficient, strong hybrid powertrain. The hybrid options start from the King Ranch variant onwards and are not available on the base XL, XLT, and Lariat variants. As a result, the truck comes loaded with a range of premium features as standard.

The hybrid option costs USD 2500 extra on King Ranch and Platinum variants and USD 1900 on the Limited variant in the United States. Prices are as of May 3, 2022.

The Ford Maverick is the most affordable hybrid pickup truck in the United States. It’s excellent value for money and has been among the most popular models of 2022 so far. According to the iSeeCars study, the Maverick is among the top 10 fastest-selling vehicles in the U.S. in 2022. The hybrid truck has been sold out, and reports suggest that Ford won’t accept new orders before summer 2022.

The hybrid powertrain comprises a 2.5-liter Atkinson-cycle gas engine that works in tandem with a liquid-cooled 1.1 kWh lithium-ion battery under the rear seats and a 128 hp (98 kW) electric motor. The combined power is 191 hp, while the torque output from the engine is 155 lb-ft. Ford hasn’t released the combined torque output, but the electric motor produces 173 lb-ft, so expect the combined output to be well over 200 lb-ft.

The Maverick Hybrid is in a league of its own when it comes to fuel efficiency. Its powertrain returns a combined figure of 37 mpg. However, towing capacity isn’t comparable to its elder sibling, the Ford F-150 Hybrid. The Maverick is a light-duty hybrid pickup truck given its 2000-pound towing and 1500 lbs payload capacity. However, the optional 2-liter non-hybrid EcoBoost engine with the Tow Package doubles the capacity to 4,000 lbs.

Additionally, the Maverick’s popularity also stems from its practicality. It gets a 54-inch Flexbed that allows compartmentalizing storage in various ways. Moreover, it also gets power sockets in the bed and the cabin for external appliances. Other standard features include LED headlamps, an 8-inch touchscreen with Apple CarPlay and Android Auto, FordPass Connect with Wi-Fi connectivity, and wireless charging.

In 2019, Ram introduced the eTorque mild hybrid technology for the Ram 1500 truck. While this is not a strong hybrid where the truck can be propelled exclusively by electric power, Ram says the mild-hybrid technology helps boost efficiency. Interestingly, the eTorque system is offered on both the V6 and V8 engine options.

The Toyota Tundra is the third strong hybrid pickup truck on our list. The truck comes in seven variants: SR, SR5, Limited, Platinum, 1794 Edition, TRD Pro, and Capstone. Only the TRD Pro and the Capstone get the iForce Max 3.5-liter twin-turbo V6 hybrid powertrain. The other variants get a non-hybrid engine.

The Tundra hybrid’s powertrain packs some serious punch. The peak output is 437 hp and 583 lb-ft. The electric motor produces 48 hp and 184 lb-ft on its own and draws power from a 288-volt NMC battery with a 1.87 kWh capacity. The power gets sent to all wheels through a 10-speed automatic gearbox.

The truck is extremely capable off-road. All variants of the Toyota Tundra get a 2-speed transfer case with high and low range, an automated limited-slip differential (LSD), and an e-locking rear differential. The maximum towing capacity is 11,175 lbs, and the payload capacity is 1600 lbs. Combined fuel efficiency is 20 mpg, according to Toyota.

While the Ram 1500 electric version is in the works, parent company Stellantis has stated that an alternative powertrain is also in the pipeline, likely to be a range-extender hybrid. The hybrid pickup truck would target customers who are not yet ready to buy electric vehicles, and range anxiety is a major concern.

A series hybrid or a range-extender is a technology where the internal combustion engine is used to power a generator that juices up the battery. The engine performs this function at the most efficient rpm. The battery then supplies power to the traction motor, which is powering the wheels.

This means the engine is used only to charge the battery and not to power the wheels—that function is performed by the electric motor only. Hence, the range-extenders are a halfway house—like strong hybrids and PHEVs—between gas-powered engines and pure electric powertrains.

According to an Autocar report dated February 2021, electrification is in the pipeline for the Santa Cruz, Hyundai’s chief creative officer Luc Donckerwolke told the British publication. The Santa Cruz is Hyundai’s light-duty pick-up truck with a relatively affordable starting price (USD 24,440).

In recent weeks, the 2022 Ford Maverick Hybrid, an affordable hybrid pickup truck, has garnered great interest among buyers, and it’s already sold out. Hyundai may look at launching a rival to the Ford by electrifying the Santa Cruz.

It’s not like the Korean carmaker is new to hybrid powertrains. In the United States, the brand offers strong hybrid versions of the Tucson, Santa Fe, Sonata, Elantra, and the Ioniq. The Tucson Hybrid gets a 1.6-liter engine mated to an e-motor and a 1.49 kWh battery. The system adds 59 hp and 195 lb-ft to the overall output.

The Tucson also gets a PHEV version with a 13.8 kWh battery and 33 miles of electric range. While Hyundai has not given a timeline for the Santa Cruz Hybrid, it may consider using its existing resources for the pickup and re-engineering the model to make it more emissions-friendly. 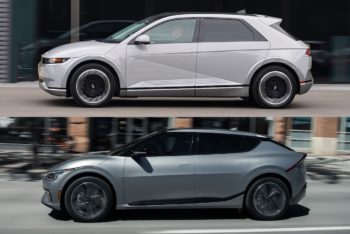