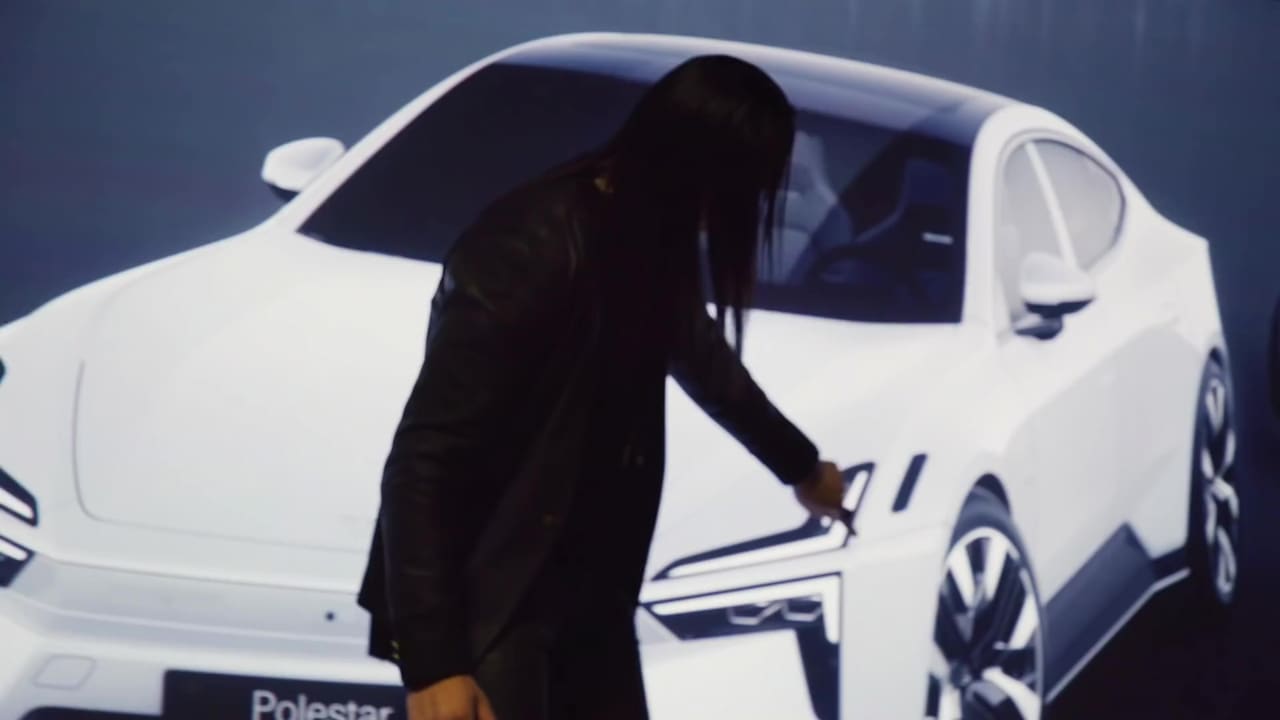 On September 27, 2021, Polestar announced plans to go public with a merger. In the announcement, the company shared teasers confirming the launch of three further models. One of these models is the Polestar 5 (codename: Polestar P61A), which should be the brand’s most capable EV. More teasers and details followed in another announcement on November 23, 2021.

As you’ll learn in the Release Date section of the article, the Polestar 5 is quite far from dealer showrooms, but the final design is ready.

The Polestar 5 is a highly aerodynamic, four-door GT derived from the Precept concept. Polestar had strongly indicated that the Precept is an achievable reality, not a fancy dream or a pure sci-fi imagination. We see it meant every word, as the production version looks nearly identical. The 5 is just as sleek, sporty, and athletic as the Precept with the same low and wide stance and voluptuous body. Just like the concept car, it has extremely short overhangs, tilted T-shaped, split headlights, and razor-sharp character lines.

That said, the production version of the Precept has subtle visual changes. Polestar appears to have raised the hood’s height, enlarged the lower air intake, and swapped the thin mirrors with conventional mirrors and the rear-hinged rear doors with front-hinged ones. It is surprising that the company has carried over the visibly large wheels that fill the arches in the original size.

The LiDAR sensor doesn’t stick out of the roof much; the designers have achieved neater integration, which couldn’t be said of the Precept concept. The nose section of the production car houses several sensors needed for the functioning of the ADAS.

Overall, Maximilian Missoni (Head of Design, Polestar), Nahum Escobedo (Exterior Design Manager, Polestar), and Krister Olofsson (Senior Exterior Studio Engineer, Polestar) have come up with a brilliant design that should be a new hit in the four-door GT segment. Porsche and Audi might not be worried for the immediate future, but the Taycan and e-tron GT have a serious rival in the making, and we’re confident that it’ll compete strongly on more than the exterior design.

Polestar’s Mercedes EQE rival will likely feature the cockpit screens running Android Automotive OS-powered cockpit screens. With AR-HUDs improving significantly, automakers are reducing the size of instrument clusters. Volkswagen, Skoda, and Seat are adopting this change in their EVs, and Volvo has confirmed the same for the production version of the Volvo Concept Recharge. Expect the Polestar 5 to feature a compact widescreen serving as the instrument cluster, and a large, portrait touchscreen in the center of the dashboard. The Polestar Precept concept has already given us an overview of such a cockpit layout.

With the Polestar 5, the company will likely take new steps for sustainability and alternative materials. It may use recycled fishing nets (Nylon 6) for the car floor mats. Another example could be the usage of waste and recycled cork-based vinyl for seat bolsters and headrests.

Expect the Polestar 5 to be a highly software-based, highly hardware-ready car. Polestar has confirmed that it will offer “unsupervised highway driving pilot” in the 3 SUV, and so, there’s no question about the flagship model 5 getting SAE Level 3 or higher autonomous driving capability.

The 5 should feature autonomous driving tech, including a LiDAR sensor as standard, providing customers with the convenience of purchasing and unlocking autonomous driving functions anytime during the ownership. One can also expect in-car cameras and other sensors that ensure that the driver is in all their senses while the vehicle is moving, be it with driver-input or autonomously.

In addition to rivals from established global brands, the Polestar 5 will need to tackle competitors from newfound Chinese companies that are getting more innovative with every passing day. From swappable lithium-ion batteries to semi-solid-state batteries, in-car movie projectors, AI-based voice assistants, and more, models from companies like Nio and Xpeng Motors are bringing the latest in technology ahead of their Western competitors. Now part of a Chinese conglomerate itself, Polestar will need attractive features, especially in its most premium models like the 5, to compete in the global marketplace.

Polestar’s September 2021 investor document (link) states SPA2 as the platform of the Polestar 5. However, a recent report from Green Car Reports suggests that there’s a big change in the engineering plan. The report says that Polestar is developing a new aluminum space-frame architecture for the 5. The company won’t share this platform with Volvo or Lotus, Gregor Hembrough, Head, Polestar (USA), conveyed to GCR. Lotus could lend a hand with some aspects, such as suspension tuning, for instance. Maybe the SPA2’s skateboard chassis that will underpin the Polestar 3 and Volvo’s XC90-class new electric SUV wasn’t meeting the benchmarks set for the ultimate Polestar.

The Polestar 5 could come in single-motor RWD and dual-motor AWD variants. The former could sport the company’s 450 kW (603 hp) rear motor, and the latter could have a system power of 650 kW (871 hp) with an additional motor at the front. Like the Porsche Taycan and Audi e-tron GT, Polestar’s four-door luxury GT could be one of the few luxury EVs in the market featuring a two-speed transmission, and it will feature 21-inch wheels.

An 800-volt battery pack with a multi-charging system (400V and 800V) and 103 kWh of battery storage capacity could be the source of energy. The energy density of the Polestar 4’s battery should be better than that of the Polestar 2. Expect bi-directional/vehicle-to-grid charging compatibility and a short ultra-fast charging time (to 80% SoC) of about 20 minutes. Polestar is targeting a range of more than 600 km (373 miles).

The Polestar 5 will enter production at the end of 2024. Polestar will manufacture the 5 at Geely’s Chongqing factory in China. Geely owns the manufacturing facility, but it is operated by Polestar.

Polestar plans to launch the 5 at the end of 2024. The company expects to sell 11,000 units of this model in 2024 and 30,000 units in 2025. It sees the 2, 3, and 4 models as high-volume cars. The 5 will likely be a niche model debuting the brand’s high-value innovations and elevating its reputation to bring it on par with established luxury brands.

Polestar plans to expand its global footprint to 30 markets by 2023. It could further increase retail presence by the time of deliveries of the Polestar 5, which the company has confirmed as its fifth model by 2024. This Polestar 5 will compete with the likes of Tesla Model S, Nio ET7, Porsche Taycan, Audi A6 e-tron, and the BMW i5.

Polestar began an expansion drive in 2020, making vehicles available in 10 global markets. Today, it is present in 14 markets, and compared to 40 retail outlets at the end of 2020, the company has 86 retail outlets. In the first half of 2022, Polestar will enter Spain, Portugal, and Ireland in Europe, and Israel in the Middle East. The latest additions are facilities in New York City and Boston in the U.S., where the company expects to have a total of 25 of them to be operation by the year-end. The metro cities in the United States are undoubtedly the big markets for the Polestar 5 sedan.

Polestar wants to grow its retail presence to 150 outlets globally by 2022, says a report from Automotive News. In the U.S. specifically, the company intends to increase the number of its showrooms from 25 to 38 by 2022 and 50 by 2023. Satellite sales offices are also part of the global expansion plan, aimed at the smallest of the small markets. Lastly, it will tie up with local importers in some markets where it cannot or doesn’t want to establish its own sales network.

What is the Polestar 5 release date?

The Polestar 5 will go on sale in the first markets in late-2024.

Which cars will be Polestar 5 rivals?

The Polestar 5 will compete with the likes of Tesla Model S, Porsche Taycan, Audi e-tron GT, and Nio ET7.

What will be the Polestar 5 price?

The base Polestar 5 should cost around USD 80,000 in the United States. 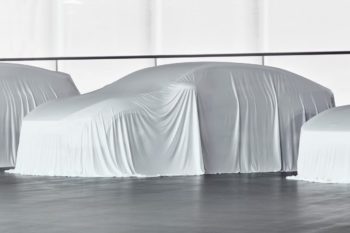 Polestar has laid out a plan to become a significant player in the luxury EV space, with three electric vehicles in the pipeline. 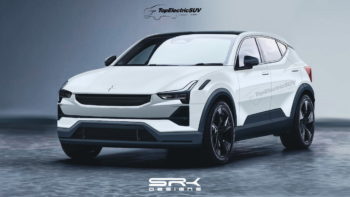