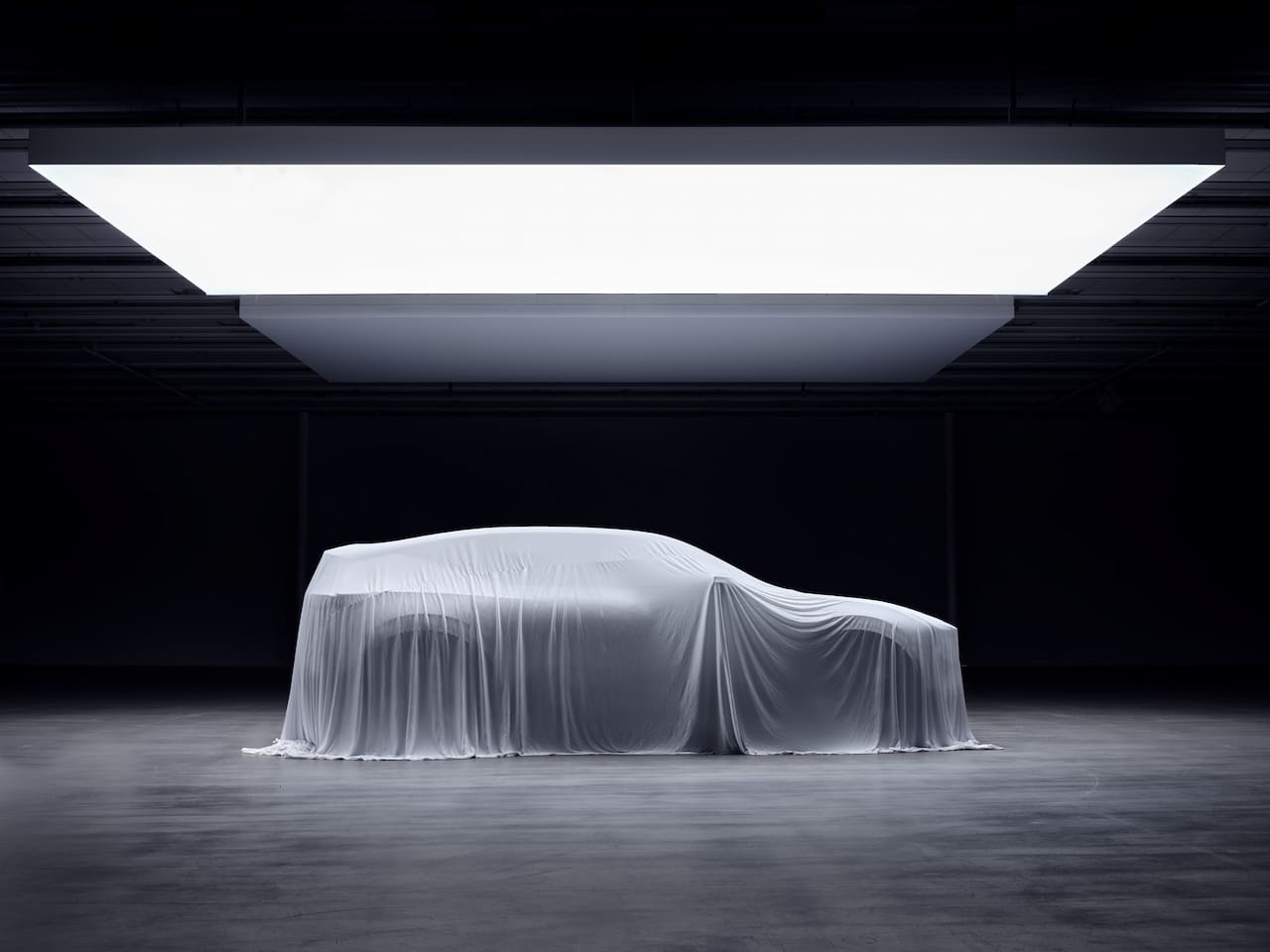 Last month, Polestar released the first teaser of the Polestar 3 electric SUV. Along with the teaser, the company has revealed that it plans to make its third model in the United States.

In the future, the Polestar 3 electric performance SUV will join the portfolio, as well as the Precept – a design study vehicle released in 2020 that is slated for future production. Precept showcases the brand’s future vision in terms of sustainability, digital technology and design.

The ‘About Polestar’ section on every recent Polestar press release

Polestar plans to manufacture the SUV alongside Volvo models at the Volvo Cars’ first US plant in Ridgeville, Berkeley County, South Carolina. Currently, the third-gen Volvo S60 rolls out of this facility. From next year, the third-gen Volvo XC90 will enter production at this site. The first Polestar SUV may also hit the production line around late-2022.

Polestar should make the ‘3’ electric SUV for all the global markets in the United States. However, China is a possible exclusion, as local production can allow pricing the EV attractively and making regional adaptations.

According to a report on Reuters, Polestar parent Zhejiang Geely Holding plans to build a new manufacturing facility in China, which could host the upcoming Polestar 3 electric SUV. The proposed facility will initially have a capacity of 30,000 units/annum and will be based in the western city of Chongqing.

On April 15, 2021, Polestar announced that it had raised USD 550 million from a group of long-term financial investors. This marks the first time external investors have backed the company, thanks to the robust growth of the global EV segment. The investment should secure the future of the Polestar 3 and Polestar 4 and accelerate their development.

Zibo Financial Holding, Zibo Hightech Industrial Investment, Chongqing Chengxing Equity Investment Fund Partnership, and South Korea’s SK Inc have funded Polestar. Polestar should use the new funding to expand production and launch new models. The company may utilize the new capital to construct the Chongqing plant for the domestic manufacturing of the Polestar 3.

At present, Polestar makes electric cars in two plants in China, for the local market as well as for exports to Europe and the USA; the niche hybrid-electric Polestar 1 is made in Chengdu whereas the Polestar 2 electric crossover is made in Luqiao.

The Polestar 3 will share its platform and battery with the next-generation 2022 Volvo XC90‘s electric sibling. It’d be the upcoming SPA2 platform but with a skateboard chassis, a different floor assembly.

From the Volvo Recharge Concept announcement, the new platform that will underpin the Polestar 3 allows flat floors, not to say that we weren’t expecting that. Also, expect a generous wheelbase, larger wheels, short overhangs, and a larger storage area between the front seats than an equivalent combustion engine SUV. This platform allows positioning the seats such that the driver can have a high-eyepoint despite a lower height of the vehicle. In other words, the occupants would sit higher in what’s otherwise a lower-height vehicle compared to a combustion engine-equivalent.

The Polestar 3 electric SUV, Polestar’s chief operating officer, Jonathan Goodman, told Carbuyer.co.uk, will be a coupe-style SUV and will be about drivability, design, and “offering something different.”

The Polestar 1 was derived from the Volvo Concept Coupe (presented in 2013), and it was originally a Volvo design. The Polestar 2 has more than a few design lines common with the Volvo 40.2 Concept (presented in 2016). With the Polestar 3 (and Polestar 4), the brand would further distance itself in design and “drive that separation further and further,” Thomas Ingenlath, the company’s CEO, told Fast Company in May 2021. To this end, Polestar may introduce an evolution or perhaps a new design language in its next launch, retaining some parts of the Precept Concept.

The teaser in the featured image shows a low-slung, coupe-style roofline and clean surfaces. Like the Kia EV6, it looks more like a hatchback than an SUV from the sides, although we’d wait until seeing it in person before drawing further conclusions. What’s certain is that it’s going to look radically different from most mainstream competitors.

Another key differentiator of Volvo’s Tesla Model X rival and Polestar sport utility vehicle will be the seating capacity. Where the family-friendly Volvo model will continue to offer up to 7 seats, the Polestar 3 with its coupe inspired roof will be a strict five-seater.

In an interview with Forbes in February, Ingenlath was asked how much of the Precept’s “inventive thinking” would trickle into the Polestar 3. In response, he said that market and regional Polestar officials finally understand the values of investing in new design and technology. In the same answer, he hinted at a leather-free interior for the Polestar 3:

Only a few years ago we would hear answers such as: “We understand what you are saying, but our markets still want leather.” Thankfully that argument is over.

Further ahead, Ingenlath said that the natural fiber material it had worked on with Bcomp for the Precept concept’s seats “is now going into production.” So far, no other Polestar model has offered a leather-free interior, neither the 1 coupe nor the 2 sedan-style hatchback.

It is safe to assume that the Polestar 3 will be equipped with plenty of technology, comfort, and convenience features, many possibly shared with Polestar 2. A lot of focus should be on connected car solutions and on-board entertainment, with premium features like Polestar Digital Key, video streaming app, premium Harman Kardon sound system, etc., borrowed from the Polestar 2. Key features may include a head-up display and a widescreen digital instrument cluster as well.

Polestar Digital Key, currently in the beta stage, works with a total of 18 Bluetooth sensors in and around the car in the case of the Polestar 2. The video streaming app, which is also currently in the beta stage, lets the user stream content directly to the vehicle’s center display while the vehicle is parked or charging. Development of both features should be completed by the time the Polestar 3 goes on sale. The Polestar 2 has a 13-speaker, 600-watt Harman Kardon sound system, including two subwoofers, and so, the Polestar 3 would also offer a rich audio experience.

The Polestar 3’s main attractions should include hands-free, autonomous driving. SAE Level 3 could be the targeted level of autonomy in this model’s case, achievable with a software upgrade later during the lifecycle. The automated driving systems could be technically related to those of the 2022 Volvo XC90. NVIDIA DRIVE Orin SoC will power the autonomous driving computer, and a LiDAR sensor developed by Luminar will be standard.

Like the 2022 Volvo XC90, the Polestar 3 would feature an infotainment system powered by Android Automotive OS. Using onboard functions via the vehicle’s center screen would be very easy and familiar for customers, especially those accustomed to Android devices like smartphones, tablets, and TVs. Customers can download apps via the Google Play Store and use everyday apps like Google Maps, Spotify, Audible, and Google Podcasts on the go directly in the infotainment system. Volvo would also integrate Google Assistant, where users can enjoy voice commands with the familiar prompt phrase “Hey Google.”

Coming to the drivetrain of the Polestar SUV, we expect the Audi e-tron rival to feature a range in the ballpark of 310 miles. It will see an electric motor in each axle. According to Missoni, it will have different driving characteristics than the next-gen XC90’s electric sibling. While the Polestar electric car will focus on sportier handling, the Volvo model is likely to prioritize comfort.

The Polestar utility vehicle will be sold through the company’s small network of ‘Polestar Spaces’ rather than a showroom-in-showroom concept using Volvo dealers. This aims to offer buyers a more exclusive experience, the brand believes.

By 2030, Polestar wants to create the first truly climate-neutral car. The company will develop this model under the Polestar 0 Project. It aims to reduce CO2 emissions by transforming the manufacturing process such that there are zero emissions right from the production stage.

Compared to the 1 and 2, the Polestar 3 would have a wider reach globally right from launch. On March 10, 2021, Polestar announced that it plans to add five new markets in the Asia-Pacific region and expand its retail network to 18 markets by the end of 2021. Australia, New Zealand, Singapore, Hong Kong, and South Korea are part of the footprint expansion.

Polestar wants to double its retail locations to 100 environments by the end of 2021. The company plans to introduce a new concept for its retail outlets this year, called ‘Polestar Destinations.’ It will open these outlets in large spaces at easy-to-access out-of-town locations. In addition to offering an immersive experience of the brand and test drives, it will use Polestar Destinations to perform customer deliveries.

To boost the digital sales model, Polestar plans to add around 60 more test drive locations by the end of 2021. Moreover, the company says that it is rapidly expanding customer delivery centers. As for the service network, it wants to increase the number of service stations from 650+ now to 780+ by the year-end.

The Polestar 3 won’t come cheap, as Polestar is positioning its status as a premium brand. Although with the standing that the Tesla Model X (USD 90,000 onwards) has in that segment, Polestar may need to price the 3 competitively in the U.S, probably in the mid USD 80,000 range. The BMW iX is scheduled to go on sale in November with a base price in the same region, and the Mercedes EQE SUV, late next year.

What is the Polestar 3 release date?

The Polestar electric SUV is expected to launch in the second half of 2022.

Which SUVs would the Polestar 3 rival?

The Polestar 3 is expected to be priced to compete with the BMW iX, Audi Q6 e-tron, Porsche Macan Electric & Tesla Model X.

What will be the price of the Polestar 3?