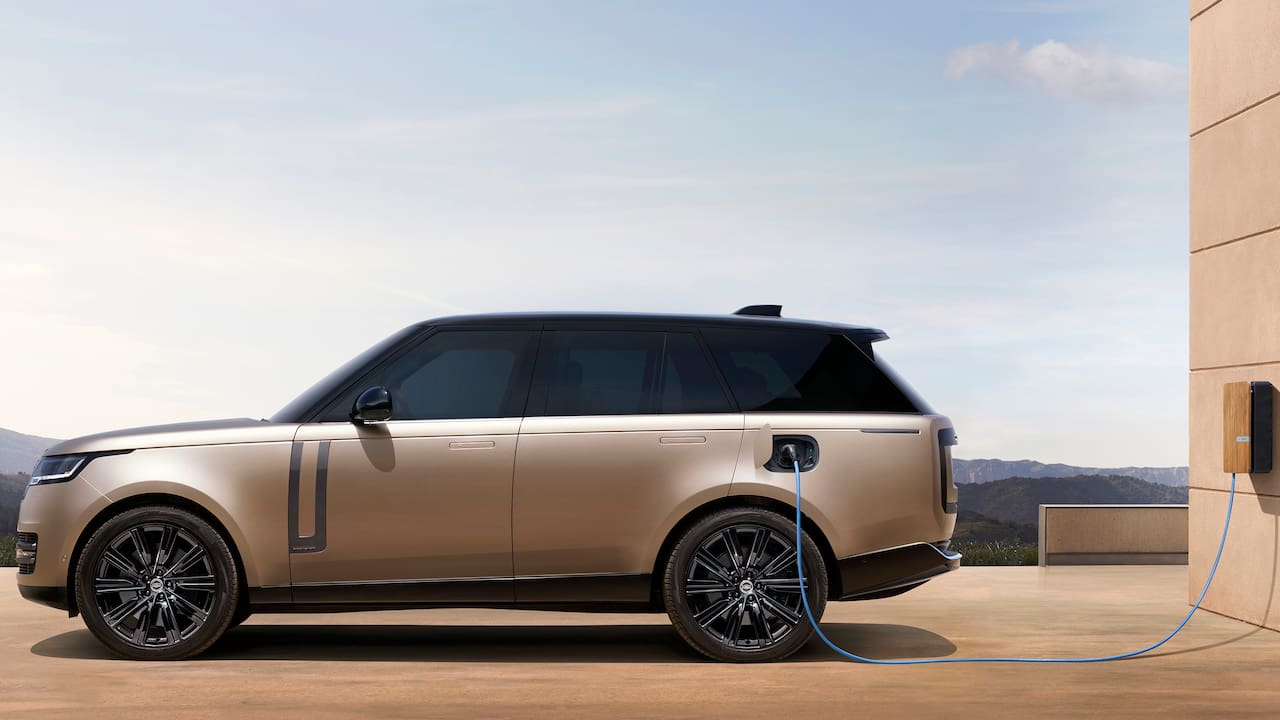 The MLA-Flex platform can underpin internal combustion engine models, PHEVs, and BEVs. We already have a confirmation for a Range Rover EV in the announcement of the fifth-generation model:

I’m also very excited to let you know and to announce that we are going to launch the all-electric, 100% electric Range Rover by 2024.

In the Q&A session after JLR detailed its new direction in February 2021, an analyst asked if it sees the Range Rover BEVs as a priority and their views on the risk involved in demand and profitability. In response, Thierry Bollore, the CEO of the British luxury automaker, indicated that both Range Rover Sport EV and Range Rover EV will be profitable models.

Well, when we design our programs, vehicle programs, I can tell you that we even do not imagine to design them with level of profitability which would be detrimental in terms of contribution to our targets. And I think it was quite clear in our presentations that we want all models of each brand to contribute to the profitability targets of the company. So, there is no margin here of mistaking, and we won’t. We know, we are going to make sure that we will get right profitability with these products as well.

The all-new Range Rover is an evolutionary upgrade over the fourth-gen model on the design front. Its silhouette looks nearly identical to the outgoing model. JLR has refined the globally lauded design with a slightly different expression for the new decade.

The Gerry McGovern-led design team has retained the Range Rover’s signature features like the clamshell hood, straight lines, clean and elegant surfaces, and the distinctive taper to the bodywork at the rear. Just as we had speculated, the drag coefficient (0.30 Cd) is around 10% lower than in the outgoing model (0.34 Cd), beats the Mercedes GLS (0.32 Cd), and gives it best-in-class aerodynamics. With this significantly lower drag coefficient figure, the all-new Range Rover is the world’s most aerodynamically efficient luxury SUV, JLR claims.

At the front, the all-new Range Rover features slimmer headlamps and grille, and a more prominent lower grille design with two body-colored horizontal slats covering the entire width. Designers have placed thin LED fog lights neatly between the edgy bars on the lower grille. New, pipe-like inserts on the radiator grille underline the slimmer and wider footprint of the other design elements on the front fascia. On the sides, the Range Rover has received flush door handles and a new fuel cap lid that is larger but features a similar squircle shape.

The rear-end has changed remarkably, making the flagship JLR model offbeat, and to an extent, futuristic. Gearing up for the zero-emissions future, the designers have got rid of exposed tail pipes. The portion of the tailgate below the glass is a smooth surface with rounded outer sections. It houses a full-width plaque gloss black panel with Range Rover inscription in the center, and this panel connects to extremely thin tail lamps. The new bumper design with a thin skid plate and slim fog lights/light reflectors emphasize the all-new model’s sleeker design.

In addition to the tail lamps, the two shark fin antennas on the roof create a slightly polarizing look for the all-new Range Rover at the rear. Be it in awe or shock, the unusual design of its rear-end would make heads turn.

The all-new Range Rover’s interior looks familiar, but every part carries an all-new design. The two-spoke steering’s odd structure might disappoint some. The significantly larger screen should make using the infotainment system much more convenient and entertaining for most, if not all, front occupants. JLR has used the Pivi Pro touchscreen infotainment system with a 13.3-inch curved, floating screen – the largest ever touchscreen in a Land Rover. The new central display, in what’s a Land Rover-first feature, provides haptic feedback on touching and pressing the screen, making its usage less distractive.

A 13.7-inch semi-floating, fully digital instrument cluster works in sync with the Pivi Pro system. The new climate control panel is more conventional. The electronic gear selector is a new short and compact unit, in line with the new reduced design theme. Rear-seat passengers can entertain themselves with adjustable 11.4-inch HD touchscreens. An 8-inch touchscreen residing in the rear centre armrest allows controlling the seating position and making other adjustments to fine-tune the rear cabin environment. For the first time, customers can specify their Range Rover as a seven-seater, and so, big families no longer need to settle for the Range Rover Sport.

Land Rover may offer a few EV-specific body paints for the Range Rover EV. The interior will likely be nearly identical. Expect more eco-friendly and recycled materials to be part of the material mix. Needless to say, the graphics and menus of the instrument cluster and infotainment system could have a different expression.

The all-new Range Rover packs a ton of high-end features, and its electric variant would get most of them, in addition to some exclusives. High-definition digital LED headlights, 23-inch alloy wheels, flush deployable powered door handles, power-assisted door handles, deployable side steps, and “hidden-until-lit” rear lights are the exterior highlights.

Inside, multiple screens in the front and rear create a highly digital set-up. A sleek 13.1-inch touchscreen sits at the center of the dashboard, and it allows using the Pivi Pro infotainment system in what looks like the most user-friendly manner ever in a Land Rover. In line with that floating display, there’s a 13.7-inch semi-floating instrument cluster in front of the steering wheel, which features “hidden-until-lit” controls. A head-up display that appears to project information 2.0 meters away from the driver reduces the required ‘look-downs’ or glances at the instrument cluster.

The Range Rover’s hallmark split or two-piece tailgate takes luxury a notch above by including a new Tailgate Event Suite feature. Customers can enjoy scenic spots, picnics, sports events, or simply relax outdoors sitting on the lower part of the tailgate. The upper part integrates dimmable spotlights and dedicated speakers to create a perfect ambiance for two people.

The 2022 Range Rover opens a new chapter for the brand, debuting a game-changing platform – MLA-Flex – that will prepare it to go all-electric. MLA-Flex will enable Land Rover to package even the heaviest SUVs with everything from conventional engines to hybrid systems and fully electric powertrains. Land Rover plans to utilize MLA-Flex for every model above the Evoque eventually, in a top-down approach, and the big daddy Range Rover is the first of the lot.

Ultimately, New Range Rover will also become the first all-electric Land Rover as we deliver the vision laid out in our Reimagine strategy

Thanks to the MLA-Flex platform, the all-new Range Rover’s body is up to 50% stiffer, with a static torsional stiffness of 33 kNm/deg. The torsional stiffness is up to 50% higher even with a full-length panoramic roof. The all-new Range Rover is the brand’s first model available with 23-inch wheels, and they would look great on its electric variant. The 75 mm extra wheelbase of the MLA-Flex platform provides a roomier interior. With the additional 200 mm wheelbase of the Long Wheelbase version, for the first time ever in the Range Rover, seven occupants can comfortably travel together.

The Range Rover EV could get powertrains co-developed with the BMW Group. In June 2019, Jaguar Land Rover collaborated with the German automaker to develop next-generation Electric Drive Units (EDUs) jointly. However, the companies plan to manufacture them for their respective models individually. JLR plans to make electric drive systems at the Wolverhampton-based Engine Manufacturing Centre (EMC). Could they be related to the fifth-gen BMW eDrive powering the iX and i4? Possibly. However we doubt they have a connection to the sixth-gen BMW eDrive that goes into the Neue Klasse models arriving 2025 onwards.

The prices of the fifth-gen Range Rover, which will start reaching its customers in the U.S. in the spring of 2022, start at USD 104,000 and go up to USD 163,500. The plug-in hybrid variant isn’t even available yet, and so, when it joins the range (in MY2023), the price of the top-end configuration could be higher. The pure electric variant’s prices could start at around USD 140,000.

JLR says that the Land Rover portfolio will see the inclusion of six pure electric variants in the next five years and that the “first (Land Rover) all-electric variant will arrive in 2024,” referring to an electric model developed from scratch.

According to a report on autocar.co.uk, for Bollore, a pure electric Range Rover is a priority. By the end of next year, the Mercedes EQS SUV and the GMC Hummer EV SUV would be on the shopping list of the elite looking out for a full-size luxury electric SUV. The Lucid Gravity would follow in 2023, making this segment exciting for customers.

What is the Range Rover EV release date?

JLR has scheduled the Range Rover EV release in 2024.

What will be the Range Rover EV price?

Which models will be the Range Rover EV rivals?

The Range Rover EV will compete with the Cadillac Escalade EV, Jeep Grand Wagoneer EV and the Mercedes-Maybach EQS SUV. 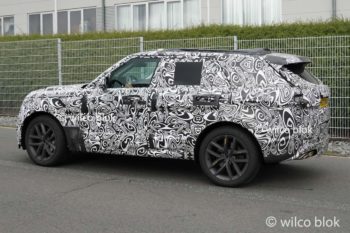 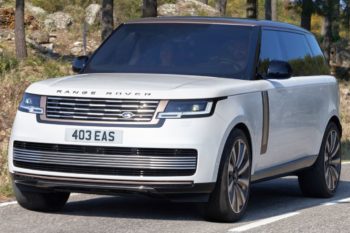 There’s an indication that a Range Rover FCEV could also be part of the fifth-gen model. 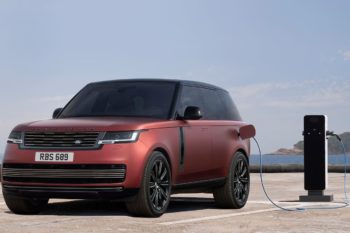 The 2022 Range Rover PHEV is Land Rover’s most capable PHEV yet.