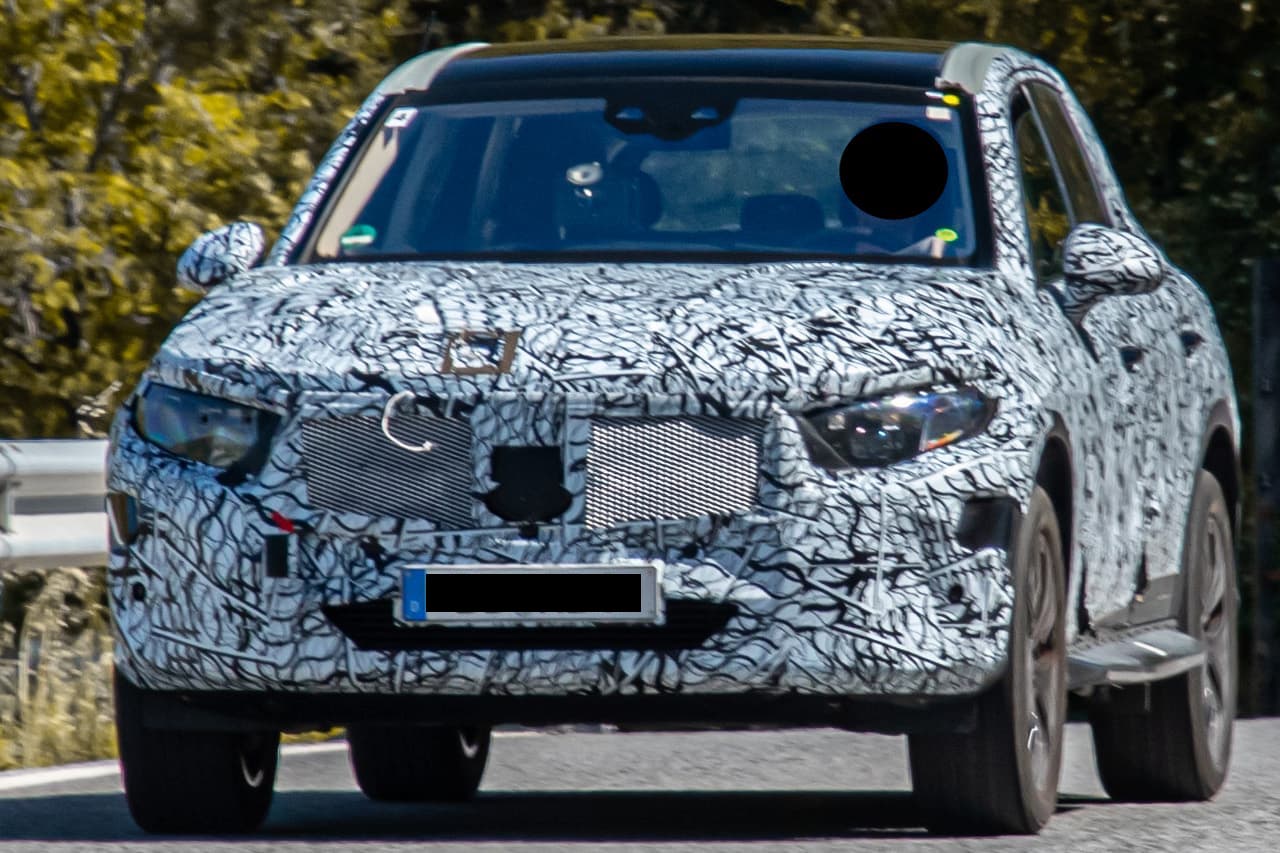 The Mercedes GLC mid-size SUV that replaced the GLK in June 2015 is waiting for a full model change this year. The second-generation 2022 Mercedes GLC should premiere in the first half of 2022, and in this story, we take a look at what we know about the crossover-SUV sibling of the C-Class.

Daimler has started distancing itself from six- and eight-cylinder engines in mid-size models to prepare for an all-electric future. Customers desiring performance will be offered hybrid powertrains in the future. The all-new Mercedes C-Class (W206/S206), including the forthcoming Mercedes-AMG C-Class, is an exclusively four-cylinder-engined car. The company employs electrification with mild-hybrid and plug-in hybrid technologies to achieve higher performance and meet new emission targets.

Mercedes should offer the next-gen Mercedes GLC (codename: Mercedes X254) exclusively with 2.0-liter gasoline and diesel engines. Basic and mid-tier configurations could feature mild-hybrid technology with an ISG that provides as much as 20 hp using energy stored inside an additional battery pack.

Electrified engines of the 2022 GLC should come from the new C-Class. The mild-hybrid variants will likely include the following 2.0-liter engine options:

Higher up the variant ladder, the 2022 GLC would presumably employ the same gasoline and diesel plug-in hybrid powertrains of the new C-Class. As Mercedes takes a staggered approach for the rollout of variants, we expect to see the GLC PHEV listed few months after the launch.

The list price of the PHEV is higher than the mild hybrid, but the incentives would lower the difference. In Germany, for instance, the GLC 300 e and GLC 300 de PHEVs get a EUR 5,625 environmental bonus, with EUR 1,875 coming from the company and EUR 3,750 contributed by the federal government. The incentive structure was announced for PHEVs priced over EUR 40,000 (net) by BAFA (Federal Office of Economics and Export Control) in June last year.

The gasoline plug-in hybrid’s base would be the 2.0-liter variant of the M 254 four-cylinder mill, teamed up with an electric motor that generates 95 kW (127 hp) and 440 Nm (325 Lb.-Ft.). A 25.4 kWh Lithium-ion battery pack providing a zero-emission range of 100 km (62 miles) in WLTP, and possibly around 50 miles as per EPA, would feed the motor electricity. 11 kW (three-phased) on-board charger would be standard and allow three-phase charging at a Wallbox with 11 kW AC power (three-phase). Support for a 55 kW DC charger that allows fully charging up the battery pack in around 30 minutes is expected as an option.

Guided by the hardware on the incoming C-Class, Mercedes would install a 9G-TRONIC 9-speed automatic transmission in the next-gen GLC PHEV as standard. The power electronics would be integrated into the transmission housing, which would reduce the installation space.

YouTube channel walkoARTvideos captured the spy picture you see below in Germany, and it most likely shows the 2022 Mercedes GLC plug-in hybrid. Cars with a hybrid or an electric powertrain in Germany get a special “e-license plate” with the letter E instead of a final digit. The only condition is that the car should have an EV range of at least 40 km or 25 miles. Given that the current GLC PHEV can travel up to 51 km or 32 miles (WLTP) in EV mode, it is safe to assume that the 2022 GLC PHEV would well exceed the minimum requirement.

Environmental activists have criticized PHEVs for causing harm to the environment rather than saving it. They claim that customers primarily drive them on fossil fuel, making their carbon dioxide emissions higher than a regular ICE vehicle, as they are heavier because of the extra weight of their traction battery pack.

With an EV mode range of around 100 km or 62 miles, Daimler wants to make PHEVs usable as an EV. Ola Kallenius, Chairman of the Board of Management of Daimler AG and Mercedes-Benz AG, has told Automotive News Europe that the criticisms about PHEVs are on the basis of data of the first-gen PHEVs featuring smaller batteries and thus shorter EV range. Now, with larger batteries, customers can drive them as an EV regularly, and some even use the EV mode for their work commute for an entire week.

On the design front, while today’s GLC is drastically different from the GLK, the next-gen is expected to be more of an evolutionary departure. That said, all the body panels would be new, and judging from spy shots, it appears to have a longer wheelbase and lower stance for clear differentiation from the Mercedes GLB.

TopElectricSUV.com reader Fran Rosa Moreno has shared spy pictures showing a 2022 Mercedes GLC with production lights that are sleeker and look more angular. They slant upwards like on the Mercedes EQS and the upcoming Mercedes EQS SUV but aren’t as narrow at the outer ends.

The 2022 GLC gets mirrors on the A-pillars instead of on the doors. The shoulder area has more definition and the character line is clearly visible. At the rear, the next-gen GLC may feature triangular tail lights similar to those of the all-new S-Class W223/V223/Z223.

About 12 months after the 2022 GLC breaks cover, expect the 2023 Mercedes GLC Coupe to debut as the sporty alternative to the mid-size luxury SUV. Prototypes haven’t appeared on the roads, but the aesthetic and technical relationship between the standard SUV and the athletic SUV-coupe versions should be the same as that of the current generation. Like now, the coupe version may feature a sportier rear light design.

No doubt, the new GLC would download features developed for the W206 C-Class. A main exterior feature should be Digital Light headlamps with three extremely powerful LEDs in each of them. These headlamps should be a premium option over standard LED headlamps. Customers specifying them may get an additional option of projection functions that casts guidelines or warning symbols of the road ahead.

The new GLC could become the brand’s first SUV to feature the second-gen MBUX with a fingerprint scanner and a more interactive voice assistant activated by the command “Hey Mercedes.” MBUX Smart Home function will also be included in the new-generation MBUX, allowing the driver to keep a check on and control smart home devices installed at the residence.

A spy video from YouTube channel walkoARTvideos has already given a peek at the 2022 GLC interior, revealing its fully digital instrument cluster. The GLC has had a fully digital instrument cluster since Daimler introduced the F-Cell variant in 2017, and the ICE variant received it with the mid-cycle refresh in 2019 as an option. It is expected as a standard feature in the new generation, albeit with the size and functions varying as per the variant.

A slew of improvements that take care of occupants’ well-being can also be expected in the 2022 GLC. This aspect would include the availability of features like Air-Balance Package and Energizing Coach. Air-Balance Package provides the preferred fragrance in the cabin for a refreshed feeling. Energizing Coach suggests a suitable fitness or wellness program based on the vehicle and trip data and the information about sleep quality and stress level from a paired wearable device like a smartwatch. The plug-in hybrid variants may benefit from an additional “Power Nap” program, with falling asleep, sleeping, and waking phases that can help the driver recharge himself/herself when making a stop for service or battery recharge.

For the first time, customers could order the Mercedes GLC with rear-axle steering, an optional feature that reduces the turning circle. The driver would need fewer turns of the steering wheel for a full lock when performing a U-turn or parking. At highway speeds, the rear-axle steering would steer the wheels in the same direction as the front wheels, leading to improved handling stability and safety.

Air suspension should be standard in the plug-in hybrid variants, which are expected to be loaded to the brim. However, these electrified variants could suffer from the typical drawback of lower cargo space because of the battery pack location.

Improved surround sensors would offer faster and more intuitive parking system operations on the incoming GLC. A new trailer maneuvering assistant could be optional, one that can handle freely selectable cornering maneuvers up to 90 degrees. Convenience features should include the Easy-Pack tailgate for the remote-operated open/close function of the tailgate with a button on the key fob or the switch in the driver’s door or the tailgate’s release handle.

The MBUX infotainment system of the 2022 GLC will have Apple Music online music streaming service built into it. With an Apple Music subscription, customers can access more than 75 million songs directly from the infotainment system using its own data connection. Simple voice command with the “Hey Mercedes” prompt would allow the driver to conveniently request songs, playlists, albums, or radio stations from Apple Music.

The built-in Apple Music integration is first available in the C-Class, S-Class, and EQS models, which leads us to believe that the new GLC would acquire it. Available music streaming services in the 2022 GLC’s MBUX infotainment system should include Spotify, Amazon Music, and TIDAL.

A myriad of active and passive safety features would be available in the 2022 Mercedes GLC, with new, upgraded, and carried-over technologies to make it the safest C-Class-based SUV. One of the highlights would be the Pre-Safe Impulse Side, which forms a sort of virtual crumple zone in the event of an accident. The driver or front passenger is moved away from danger before the crash when the system detects an imminent side collision. There are air chambers in the side bolsters of the front seat backrests, and they inflate within the blink of an eye when required.

Besides seeing to it that the vehicle stays in lane at speeds up to 210 km/h (130 mph), improved Active Steering Assist would recognize an additional lane with the 360-degree camera and form an emergency corridor. It would offer enhanced performance on country roads and lane centering on highways.

Daimler completed expanding the current-gen GLC line-up in the U.S. market with the Mercedes-AMG GLC 63 S’ launch on April 28 and expects deliveries from the fourth quarter (October-December 2021). It may schedule deliveries of the next-gen Mercedes GLC in the U.S. in the Sept-Nov period of 2022. A report from AutoZeitung.de filed in April said that sales in Europe would also begin in the fall of next year. Also, consider that the auto industry is reeling from a shortage of semiconductors that is hampering production schedules and new product launches.

Given that the next-gen GLC plug-in hybrid variants are being developed alongside the mild-hybrid variants, they should be launched in the market together or shortly after.

What is the 2022 Mercedes GLC release date?

The new GLC is expected to premiere in the first half of next year and go on sale in the U.S. around late-2022.

What will be the 2022 Mercedes GLC alternatives?

What will be the base 2022 Mercedes GLC price? 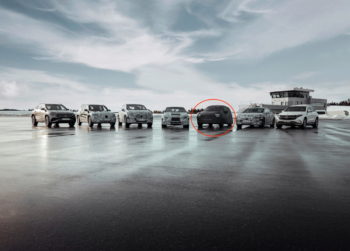 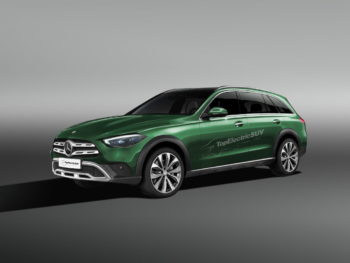 The A4 Allroad and V60 Cross Country are getting a new rival from Stuttgart – the C-Class All-Terrain. 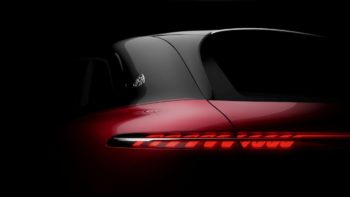