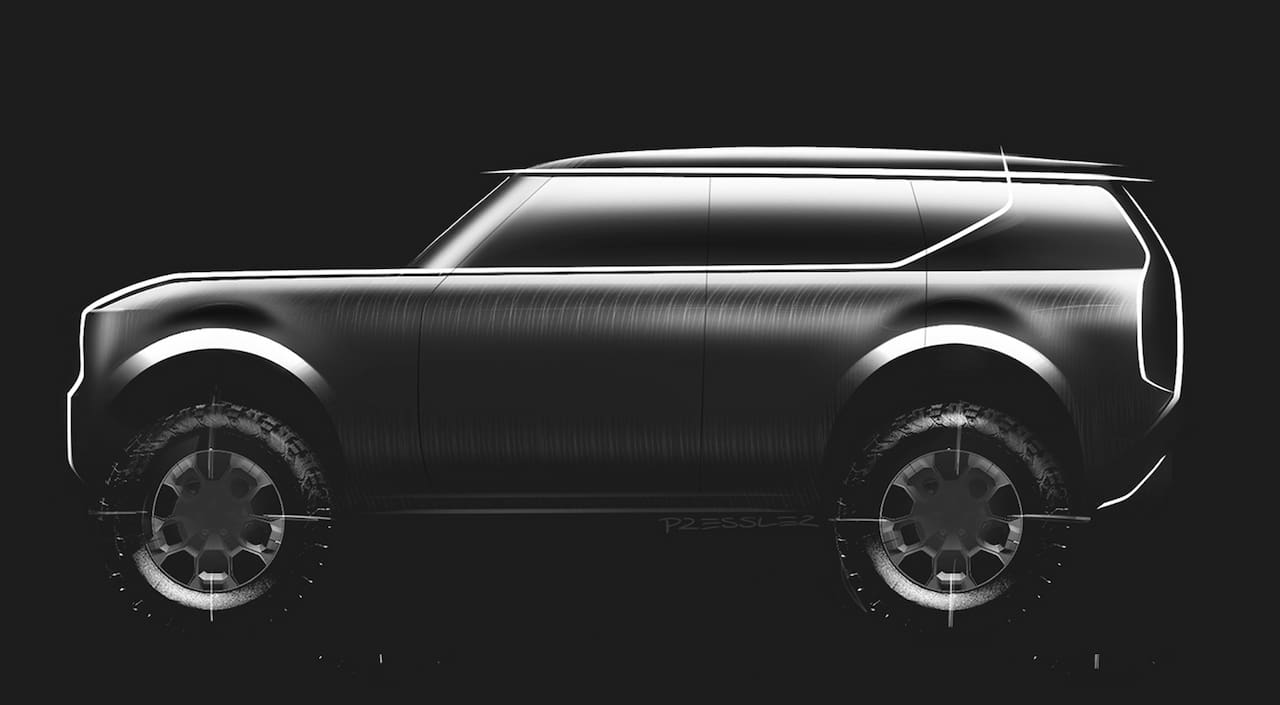 As part of its heightened efforts to reach its targeted market share of 10% in the U.S. by 2030, Volkswagen Group has announced a new truck brand called Scout. The company has already given two models the green signal for launch, one of which is a Scout SUV.

Here are the preliminary details on the exciting future launch from Scout Motors.

As demand for large, rugged SUVs (R-SUVs) continues to grow in the United States, Volkswagen Group sees electric models as feasible in this segment. With the company’s recent embrace of electric powertrains, the company is well-positioned to enter this growing segment.

On July 20, 2022, Heiko Perlick and Chong Lee, two of Volkswagen Group’s top executives overseeing strategy and strategic business development, talked about the rebirth of Scout in a video released on its YouTube channel:

In an interview with TechCrunch (via YouTube), Dr. Herbert Diess, former CEO, Volkswagen Group, explained why the company decided on a new brand for its truck models, and why the Scout name. After acquiring Navistar in 2021, Dr. Diess said that the company had the idea to use the rich history of America’s first off-road SUV, the International Harvester Scout. Relaunching an American brand, in the words of Dr. Diess, “is a huge opportunity.”

The emergence of the all-electric Scout SUV could lead to a spike in prices for classic Scout SUVs in the used car market. A significant rise in interest among collectors is possible when the 21st century, all-electric Scout SUV goes on sale, suggests a report from Hagerty. We’ve seen prices jump before when a nameplate is resurrected. For example, when Ford launched the all-new Bronco in 2021, prices of the retro model went up 45%. The original Scout’s current value in the used car market is approximately USD 30,790, while the Scout II’s current average #2 condition value is USD 40,866.

The design and engineering of the Scout SUV will take place in the United States. Volkswagen Group hasn’t said which platform will underpin this model, only revealing it will be “a new technical platform concept” that offers “credibility beyond the existing Volkswagen Group portfolio.”

Magna, the company that has developed the Fisker Ocean’s platform and will manufacture the EV at its domestic facility in Graz, Austria, could be involved in the development of the Scout electric SUV. On October 5, 2022, Automobilwoche reported that the Austrian company will develop the Scout electric pickup. The German outlet published this info days after Kurt Bachmaier, Magna Steyr’s Vice President of Sales & Marketing, had mentioned that the company wants to enter the U.S. market. It may be possible to speed up development by partnering with Magna, but we have some doubts about why a company of Volkswagen’s stature and capabilities would outsource development.

The Beetle and ID. Buzz were reinterpreted with what made those cars so popular, and based upon that, we’re confident that the Scout models will bring back many of the old touches.

The Scout SUV will look like a proper American utility vehicle. Tall, boxy, and masculine, it will have extremely short overhangs that work in the favor of approach and departure angles, an upright front-end, straight lines and smooth surfaces, a sleek and angular greenhouse, chunky wheels wrapped in off-road tires, and vertical tail lamps.

Our rendering of the Scout electric SUV is a throwback to the 1970’s model (inspired by the color charts courtesy of oldinternationaltrucks.com), while maintaining the proportions and hard points revealed by the official teasers. Additionally, production vehicle elements like sensors, antenna, mirror, charging port, door handles, and indicator lights are blended in the recipe.

Scout Motors is likely sharing plans and taking feedback from current International Harvester Scout customers for its comeback. On October 3, 2022, Jeff Blade, a member of the Facebook group Friends of the Binder Planet, said he was among a small group of people who talked with officials of the newly established company and exchanged their opinions and expectations about the Scout electric models. The company presented a video of the future plans, and it was better than any Super Bowl commercial to date, so good that it gave him goosebumps!

According to Blade, Scout Motors’ electric vehicles will have hints of the classic models and allow customization after purchase. They won’t be based on a skateboard platform of the Volkswagen brand (MEB). The pickup will be a true American truck and possess high off-road capabilities.

Above is an official teaser of the Scout electric SUV. The new image underscores the old-school SUV’s strong and upright posture. Its high-set hood has indents that convey strength and give it a burly appearance. In addition to providing excellent rear visibility, the large, rectangular mirrors match the model’s boxy shape. Tall and wide tires should deliver plenty of ground clearance and grip on and off the road.

While speaking to TechCrunch, Dr. Diess discussed several features that the Scout EVs could have. He suggested that vehicle-to-load (V2L), rear-wheel steering, and solar charging would be among the key features of these electric truck models. Since the Scout SUV would have a large, flattish roof, the solar panels could offer tangible benefits in range.

Production of the Scout SUV will take place in the USA from 2026, Volkswagen Group has confirmed. Dr. Diess told TechCrunch that it needs to see whether a greenfield facility would be required, consider the potential sales volume, and decide many other things before zeroing in on the production site. The company would aim at filling up one plant with Scout models, the former CEO said.

Volkswagen Group is considering a second factory, right next to the current plant in Chattanooga, Tennessee, as per a report from Germany’s Manager Magazin. The new factory would expand its annual production capacity in America to 600,000 units. The Scout SUV and its pickup counterpart could roll out of the new plant.

The Scout SUV is still five years away, but a concept version will preview its design and features in 2023. It should compete with lower variants of the GMC Electric Hummer SUV and the Rivian R1S in the U.S. market. The VW Group could have a small volume earmarked for exports, but the focus would be on improving its share in America where the brand is far behind the market leaders.

According to a report from Automotive News, Volkswagen Group’s decision to launch the Scout brand without involving U.S. Volkswagen dealers has not been well-received by them. The fact that the new brand will be used to launch truck models while ignoring dealers’ longstanding requests for a pickup model, has made the announcement even more disappointing.

Several dealer associations reached out to Keogh, while some are about to, demanding more details about how Volkswagen Group plans to market Scout models. Even if the company doesn’t allow selling them through existing Volkswagen Group of America dealerships (of any brand), current dealers would want to get the first opportunity to launch a Scout showroom.

Trying to calm furious dealers, Keogh hinted that there could be simpler, less expensive, Volkswagen offshoots of Scout models, saying the “rugged” electric platform that will underpin them “could definitely provide an opportunity for non-Scout vehicles.” A firm plan for a VW truck launch in America doesn’t exist as of yet, though.

Previously, Dr. Diess told TechCrunch that Volkswagen Group is yet to decide whether it will sell Scout models at Volkswagen dealerships or dedicated Scout dealerships. However, now it seems very unlikely that the company will offer Scout EVs at Volkswagen showrooms, as the brand isn’t a part of Volkswagen Group of America. He had also said that the new brand could contribute around 2% to its targeted 10% market share by the end of the decade.

Audi may also leverage Volkswagen Group’s upcoming rugged truck platform to generate a vehicle. Automotive News asked Oliver Hoffmann whether Audi could develop a model based on the same platform as the Scout SUV and Scout pickup, and in response, he said that it is considering that possibility. Hoffmann is Audi’s BoM member responsible for Technical Development.

This isn’t the first time the German luxury automaker has shown interest in an electric off-roader. At the 2019 Frankfurt Motor Show (IAA 2019), the Audi AI-TRAIL quattro, the fourth member of the Audi:AI series of concept EVs, signaled that the Ingolstadt-based company is exploring the idea of an EV for adventure mobility off the beaten track.

Volkswagen Group’s Scout electric SUV is shaping up to be a truly unique and innovative model, unlike any other from the brand’s history. It should look, perform, and offer vast customization capabilities similar to a Wrangler or Bronco. It is probably aimed at buyers who prefer something more luxurious than the Atlas, one that is fun and off-road-ready, and has none of that smell, maintenance or noise of a combustion engine!

What is the Scout SUV release date?

What will be the Scout SUV price?

Which models will be the Scout SUV rivals?

The Scout SUV should compete with the Rivian R1S and basic versions of the GMC Hummer EV SUV.

Featured image (and image shown in the gallery): VW Group 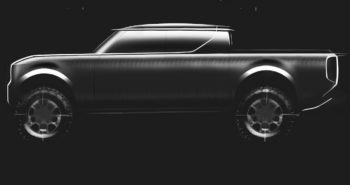 Volkswagen Group finally decides to launch a pickup in the U.S.