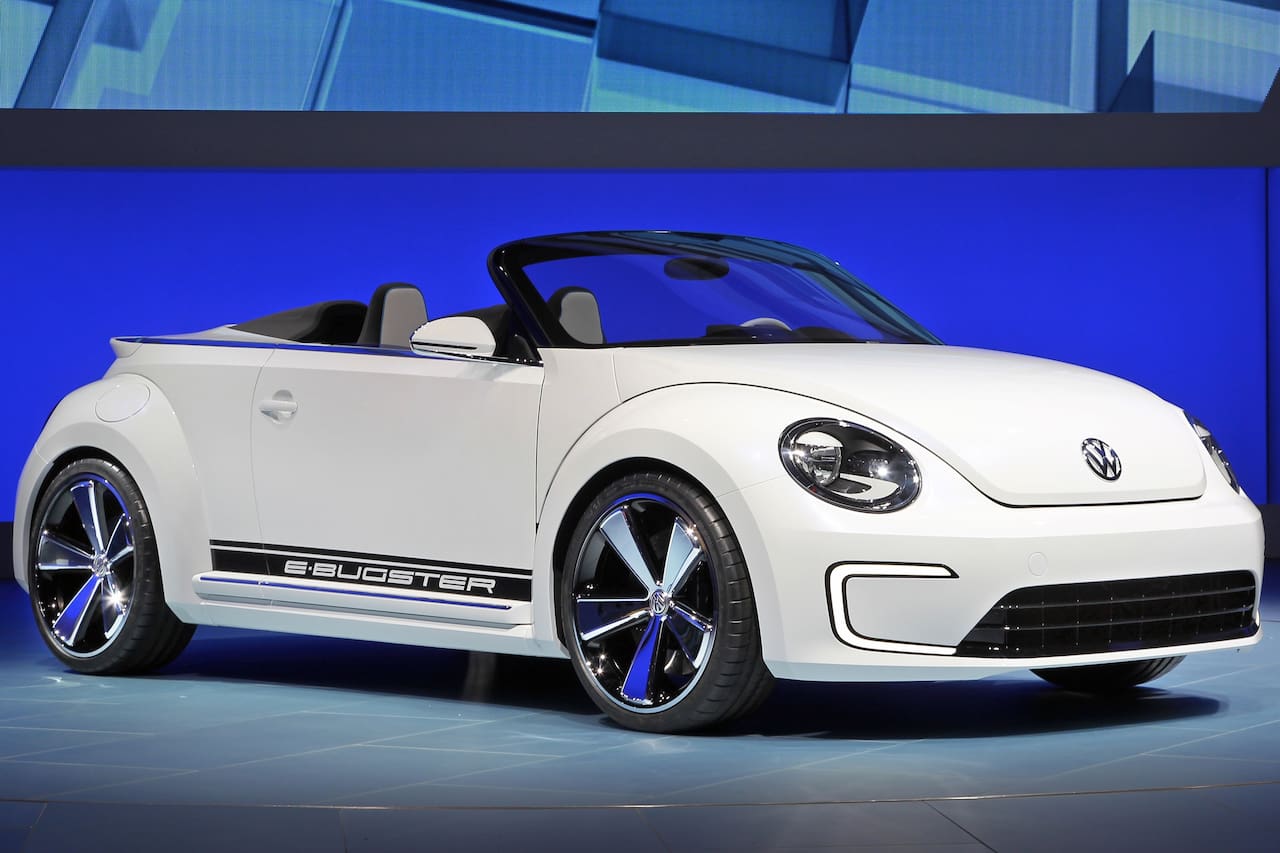 Volkswagen’s iconic Beetle could return as a modern electric car, joining the ranks of the VW Microbus (VW Bulli). After years of rumors about an electric VW Beetle, evidence suggesting internal discussion on the Beetle EV surfaced earlier this year. With the New Auto strategy in place, an electric Beetle seems more realistic than ever this decade.

Developing new models as EVs from the outset offers flexibility in the design, more so than traditional ICE vehicles or derivative EVs, and they are cheaper to manufacture. Volkswagen Group sees it as an opportunity and plans to launch ’emotional’ offbeat EVs. The plan includes leveraging the brand’s heritage by reviving classic models and launching the 1950s VW Bus-inspired ID. Buzz is the first step. This is a luxury that, for instance, a startup company cannot afford.

Volkswagen Group CEO Dr. Herbert Diess has been exploring the possibility of reviving legacy models as EVs to join the company’s electric mobility plans. When Dr. Diess fielded questions from Weibo users, one user asked how the company responds to so many customer expectations, like an electric VW Beetle launch and cinema/camping mode in VW ID. models, for instance. In response, Dr. Diess confirmed that the company was thinking about the electric VW Beetle and was looking forward to suggestions from China on what the company should do.

I’m really excited about another product which is not as famous in China, which is the (ID.) BUZZ. And after launching this, we have probably better experience how we can bring our this emotional, traditional world of Volkswagen into the EV sector. And then it would be easy to also do other emotional (models). We have been thinking about Beetle, yes. We have been thinking about Dune buggies, or some other emotional cars in our history. That would be possible, and I would look forward to suggestions from China what we should do. You know, it can be done. If we have big enough followership, we would be also prepared to do something special for China.

Later, in a Reddit AMA held in February 2022, Dr. Diess again encountered people asking him to launch an electric VW Beetle. Many Redditors were interested to know if they’ll see the iconic compact car, affectionately called VW Bug, make a comeback. Dr. Diess said while launching the ID. Buzz to revive the VW Microbus (VW Bus/VW Bulli), the brand’s most emotional car in its history, was his priority, “many other emotional cars are possible” on the modular MEB platform.

Once the mainstay of the Volkswagen brand, the Beetle made a comeback as a neo-retro model in 1998, but it handed over the baton to the Golf again in July 2019 when production ended for the second time. In a few years, the iconic Bug could be reinstated in the lineup, sporting high-tech features and battery, but with the signature shape that is an emotion.

Between now and 2026, Volkswagen Group will invest around EUR 52 billion into developing and producing new EV models. At least for the Volkswagen brand, neo-retro EVs could evoke excitement among customers. The market acceptance of the VW ID. Buzz would hold weight in the decisions to introduce more classic models with electric propulsion. In a favorable scenario, we see an electric VW Beetle arriving in showrooms in the second half of the decade.

Suppose Volkswagen decides to build the ID. Beetle on the MEB platform, the specifications would be better than the current generation.

Dr. Silke Bagschik, the Head of Sales and Marketing for the ID. Family and the CMO for ID. Digital at Volkswagen, has revealed that the MEB platform will receive major updates in the future. At the UBS Paris Electric Car Day on April 12, 2022, Dr. Bagschik included snippets of the MEB platform update. Volkswagen engineers will increase the maximum range of the MEB platform to 700 km (435 miles). Charging power (DC) will increase from 170 kW to over 200 kW. A 0-100 km/h (0-62 mph) sprint will take approximately 5.5 seconds (currently at 6.2 seconds) in the most performance-oriented model(s) based on the updated MEB platform.

If launched, the Electric VW Beetle, possibly called VW ID. Bug ideally should go to the Volkswagen Puebla plant, which shares an illustrious history with the car. The Mexican factory was the production center of the VW Beetle for the world market. In March 2022, Volkswagen said that it plans to upgrade its plans in Puebla and Silao, Mexico, to assemble EVs and components (such as electric motors) by the middle of the decade.

Succeeding MQB, MSB, MLB, as well as MEB and PPE hardware platforms, SSP is the ultimate mechatronics platform. It will form the basis for models across segments, from entry-level to the top of the range. The super-platform will underpin every Volkswagen Group car with outputs ranging from 85 to 850 kW. Volkswagen Group plans four versions: SSP 1, SSP 2, SSP 3, and SSP n.