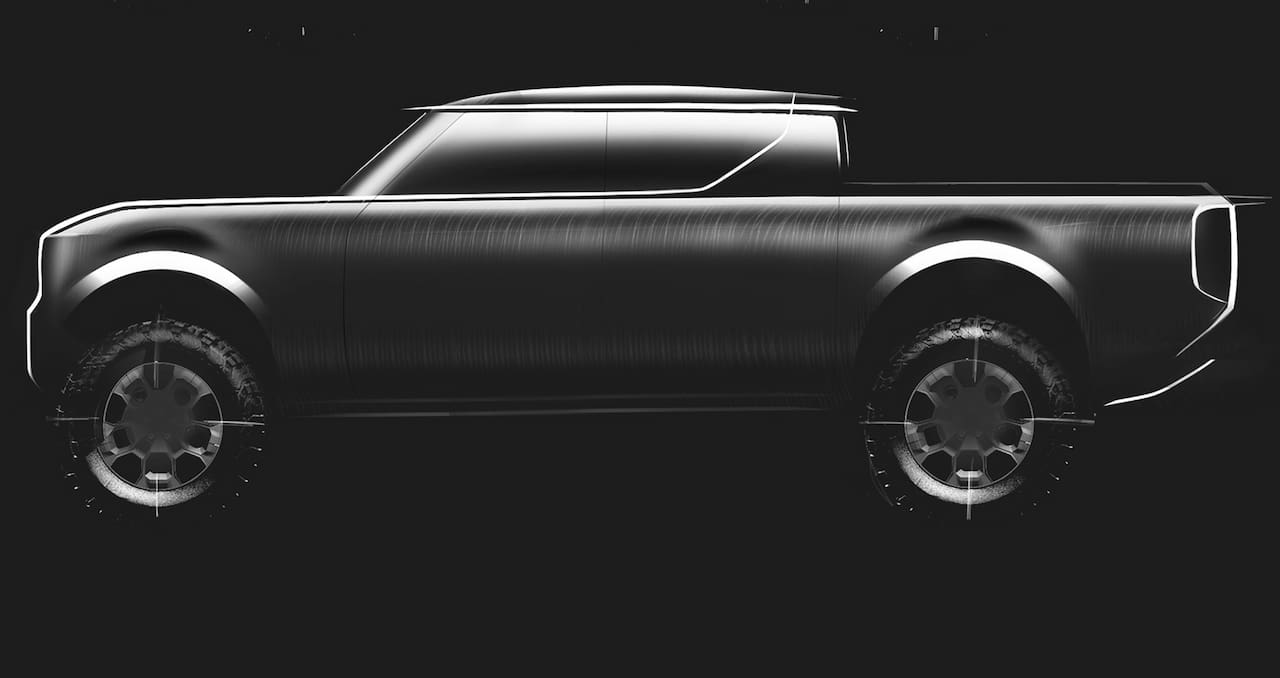 The VW Group is stepping up its game in the U.S. with a brand tailored for truck models: Scout. A Scout electric truck (pickup) will be the inaugural launch, and here’s everything we know about the first product from Scout Motors:

When Volkswagen Group acquired Navistar in 2021, it inherited the rights to the iconic Scout brand (International Harvester Scout). For about five years, the company sought an opening in the truck (pickup) segment in America, showcasing two concept vehicles. In 2021, it sensed a great opportunity with the badge that reminds people of the country’s first off-road SUV, former CEO Dr. Herbert Diess told TechCrunch in an interview (via YouTube).

The video embedded above shows Heiko Perlick discussing the Scout revival with Chong Lee while driving the Harvester Scout II from 1980. Perlick and Lee are the German conglomerate’s top executives overseeing its strategy and strategic business development. The Volkswagen Group feels that the revival is a great opportunity in the United States.

Volkswagen Group’s decision to launch its pickup truck in the U.S. under a separate brand while keeping local Volkswagen dealers in the dark has not been well received. According to Automotive News, Volkswagen dealers are seeking an explanation from the company.

North Carolina Automobile Dealers Association President Robert Glaser wrote to Keogh that the Scout announcement “produced instant dismay and concern among all VW dealers.” Glaser said that Volkswagen dealers getting the first opportunity to become Scout dealers would be “the clear expectation.” These dealer-level developments are also coming from Automotive News.

Keogh has suggested the “rugged” platform of the Scout models could present an opportunity to launch similar non-Scout models from other brands. Needless to say, the Volkswagen brand would be the top contender for such a project.

Volkswagen Group is looking to make its electric Scout truck and SUV as American as possible. The designing and engineering of these models will take place in the U.S. The German conglomerate has simply said that Scout models will sit on “a new technical platform concept” that offers “credibility beyond the existing Volkswagen Group portfolio,” confirming that the VW Group’s MEB or the PPE architectures will not be used.

According to an Automobilwoche report dated October 5, 2022, Magna will develop the first Scout EV, which will be a full-size pickup. Incidentally, Kurt Bachmaier, Vice President of Sales & Marketing, Magna Steyr, had told the German publication in September 2022 that the company wants to step into the U.S. market. Magna has already developed the Fisker Ocean‘s platform and will manufacture the SUV in Austria starting in November 2022. Magna’s involvement in the development of the electric truck should help accelerate the process and ensure a timely launch.

Scout Motors briefed its plans to a small group of people, most likely International Harvester Scout owners or fans, to get feedback. A post from Facebook group Friends of the Binder Planet member Jeff Blade dated October 3, 2022, has some details. Blade found the official video shown to the group more intriguing than every Super Bowl commercial he has seen so far! According to Blade, the Scout electric truck will be truly American, very off-road capable, and aftermarket-customizable.

The Scout electric truck will look nothing like any existing Volkswagen Group model. The company will design it from a clean sheet and ensure it looks like one of its toughest and most rugged models ever made. An official sketch has revealed this electric truck will feature a flat hood that could hide a voluminous ‘frunk,’ an upright face, a tight front overhang, vertical tail lamps, a sleek greenhouse, straight lines, and smooth surfaces.

The Scout pickup would sit on a bespoke electric platform, which would allow using its dimensions more efficiently. Like most electric trucks, it will come in a crew cab version. That said, there could be a market opening up for single cab and extended cab (light duty) electric trucks during the second half of the decade. Even though Scout will likely be a lifestyle brand, Volkswagen Group may not compromise on the capability of the trucks. From the initial sketches, it looks like it is designed to handle anything that comes its way.

The teaser above shows the front design concept of Scout electric SUV, a lot of which would apply to the Scout electric truck as well. Tall and wide tires, a high ground clearance, a high and flat hood with ribs, pronounced wheel arches, and rectangular mirrors clearly communicate the vehicle’s tough and rugged character.

We don’t have a reference point for its dimensions, but it looks like the Scout electric SUV will be quite a big pickup truck like the GMC Hummer EV SUV. However, it might not be as wide as the electric Hummer, as it doesn’t have clearance marker lights on the roof.

Dr. Diess has suggested that the Scout electric truck will be Volkswagen Group’s most technologically advanced pickup. Speaking to TechCrunch, he hinted at features like a solar roof, vehicle-to-load (V2L), and rear-wheel steering for Scout models. A solar truck bed cover (as an accessory) could offer tangible range benefits, whereas features like rear-wheel steering and the ‘Multi-Flex Midgate’ have been implemented already by GM on Ultium-based electric truck models.

Volkswagen Group has confirmed that it will build the Scout electric truck and Scout electric SUV in the United States. The company has yet to reveal whether manufacturing will take place at the existing Chattanooga plant or at a new facility. Dr. Diess told TechCrunch that before making any decisions in this regard, the company must understand whether a Greenfield factory is necessary, estimate sales potential, and complete its market study.

According to a report from Manager Magazin, Volkswagen Group is looking at a second plant next to the existing U.S. factory. This production facility, which may increase the company’s annual capacity in the U.S. to 600,000 units, could make all the Scout models. Dr. Diess said during the TechCrunch interview that the company would aim at filling one plant with products from the Scout brand.

The Scout electric truck has the potential to be the next American workhorse. Pure-electric and performance-focused, it could be ideal for customers who spend most of their time outdoors and in worksites with challenging terrain. Scout Motors should make sure that it is affordable for the masses despite its capability and being all-electric, unlike the GMC Hummer EV Pickup that only a few can dream of owning.

What is the Scout electric truck release date?

The Scout electric truck will enter production in 2026 and should arrive at dealers the same year.

What will be the Scout electric truck price?

The Scout electric truck should start below USD 50,000.

Which models will be Scout electric truck rivals?

Featured image (and image shown in the gallery): VW Group 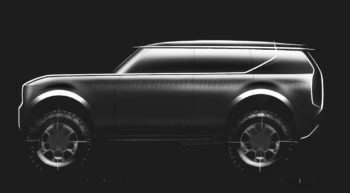 Volkswagen Group has confirmed a new rugged, all-electric ‘Scout SUV’ for the U.S.