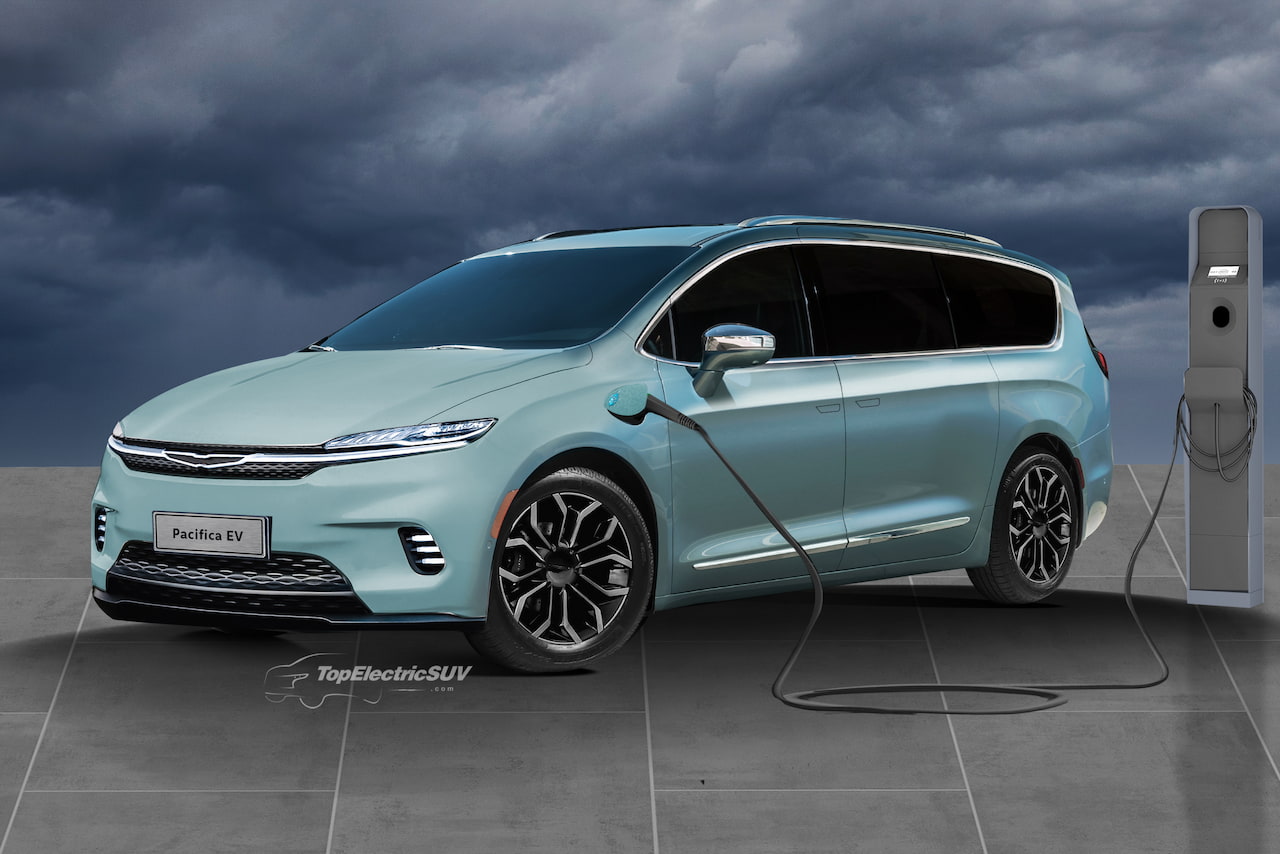 In 2016, the Chrysler Pacifica debuted as America’s first minivan with an electrified powertrain featuring a plug-in hybrid. In 2022, Chrysler announced that it is committed to launching its first battery-electric vehicle (BEV) by 2025 and will switch to a full battery-electric portfolio by 2028. The next-generation minivan, including a Chrysler Pacifica EV, should keep it at the forefront of new powertrain technologies.

Speaking to MotorTrend at CES 2022, Chrysler CEO Christine Feuell indicated that the brand’s future vehicle line-up would include an electric minivan. She told Freep that Chrysler is not abandoning the minivan segment.

The Pacifica was the best-selling minivan in the U.S. in 2022, contributing 98,624 units to the brand’s annual sales. The usual best-seller Toyota Sienna (sales declined from 107,990 units in 2021 to 69,751 units) was hit by supply chain disruptions, which also helped Stellantis’ minivan clinch the title.

However, even as the segment’s second most popular model in a normal year, the Pacifica holds great significance for Chrysler and deserves deeper electrification. In 2022, 14,392 units (15%) of the total Pacificas sold were plug-in hybrids. There is a definite business case emerging for a second-gen model as an electric vehicle.

The next-gen Chrysler Pacifica could come in plug-in hybrid electric and pure electric variants to address the needs of all customers. Underpinning the Chrysler Pacifica EV could be the STLA Large platform that is designed for the American market. STLA Large-based EVs will get 150-330 kW (201-442 hp) motors. The Pacifica EV may come with powerful units that provide at least 200-225 kW (268-302 hp) individually (2WD) or combined (AWD), depending on the configuration.

EVs based on the STLA Large platform will get 101-118 kWh battery packs that provide a range of up to 500 miles. However, speaking to Green Car Reports at the 2022 New York International Auto Show, Feuell said that 400 miles “seems to be the sweet spot” for potential customers. A 400-mile range would be truly impressive and could prove to be a huge attraction for the family-oriented American minivan.

The Chrysler Pacifica EV may maintain the proper minivan silhouette that makes it immediately recognizable. However, certain details would have to be modernized to give it a futuristic appeal people generally associate with EVs. With that in mind, our rendering adds slimmer and more advanced headlights, a light blade with an LED-illuminated Chrysler wing logo in-between, special wheels, a shut-off upper grille, and flush door handles to the current recipe.

Some of the design features are downloaded from the Chrysler Airflow Concept. Stellantis has confirmed there’s no plan to make a production version of the Airflow, but it would use the concept’s individual aspects, including design, in future Chrysler models.

Chrysler hasn’t revealed specific info about the design of its electric minivan that could replace the Pacifica or run alongside it. However, Feuell told Green Car Reports that the company wants to “reinvent the minivan” in its future vehicle range. The company is “rethinking” what such a model should and needs to be in the electric era, the CEO added.

The future minivan has to be the best model in its segment again, Feuell indicated. It may offer the Pacifica’s Stow ‘n Go seating or an improved version of the same. Stow ‘n Go is a special system that allows folding the second-row seats into hidden bins located on the floor of the car.

Chrysler will design the Pacifica EV’s interior from the ground up, taking maximum advantage of its new platform and leaving no traces of the current model. Its recently unveiled futuristic technologies, including STLA Smart Cockpit, STLA Brain, and STLA AutoDrive, should come into play, making the electric minivan its most high-tech product in the line-up. We expect to witness a new level of comfort, convenience, and safety in the EV.

The design of the Chrysler Pacifica EV’s interior could have references to the Chrysler Synthesis two-seater concept from CES 2023. The dashboard will likely be much slimmer and feature edgy lines, giving the passengers an increased sense of space and a feel of sitting in a vehicle from the next generation. An array of displays may cover almost the entire width of the dashboard. There’s no doubt Chrysler would take a leaf out of Jeep’s book and integrate a passenger display, for if there’s anything that feature makes the most sense in, it’s a family-oriented people mover like this minivan.

Materials Chrysler uses in the Pacifica EV’s cabin could be 100% sustainable, meaning no chrome or animal leather. We expect to see elements made from recycled plastics, reclaimed fishing nets, natural fibers, and more such new-age materials. Soundscapes for relaxing, all-around ambient lighting that serves additional functions like visual feedback and warnings, dimmable panoramic sunroof, etc. are some more attractive features we think Chrysler could explore for the Pacifica EV.

Production of the Chrysler Pacifica EV should take place at the same site as the gasoline and plug-in hybrid Pacifica models, the Windsor Assembly Plant in Canada. On June 3, 2022, Stellantis announced that it will build STLA Large platform-based models at the Canadian factory. Retooling of this production facility will commence in 2024 when current L-series vehicle production seizes. This is a part of the company’s CAD 3.6 billion (USD 2.7 billion) investment announced as support for its Dare Forward 2030 strategy. Stellantis will invest CAD 45 billion (USD 34 billion) in electrification and software by 2025.

In March 2022, LG Energy Solution and Stellantis announced a joint venture company to establish the first large-scale, domestic, EV battery manufacturing center in Windsor. Entailing an investment of CAD 5 billion (USD 3.7 billion) the joint venture company will manufacture lithium-ion battery cells and modules to address a significant portion of the vehicle production requirements of Stellantis in North America. Expect the Pacifica electric minivan to have a high degree of localization.

In what will undoubtedly be a power-packed match for the Pacifica EV, South Korean media have reported that a Kia Carnival EV is in the works. And Volkswagen is introducing the ID. Buzz electric van in the U.S. in 2024 with regional adaptations, which is another pure-electric minivan to watch out for. That said, the Chrysler Pacifica EV may not break cover anytime before the second half of the decade.

Alongside the VW ID. Buzz, the Chrysler Pacifica EV could be among the first pure-electric minivan models launched in the U.S., allowing hundreds of thousands of American families to make their daily school commutes, grocery runs, and outings, without having to ever stop at the gas station. In addition to being more eco-friendly than the Pacifica Hybrid, the Pacifica EV should be quieter, more spacious and comfortable, and feature an advanced infotainment system. 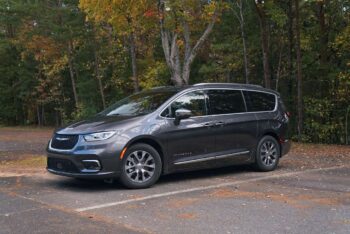 The 2023 Chrysler Pacifica Hybrid could be just a month away from launch. 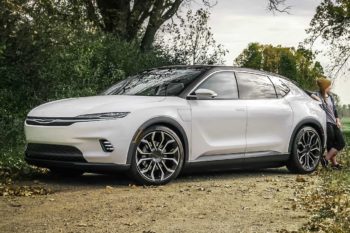