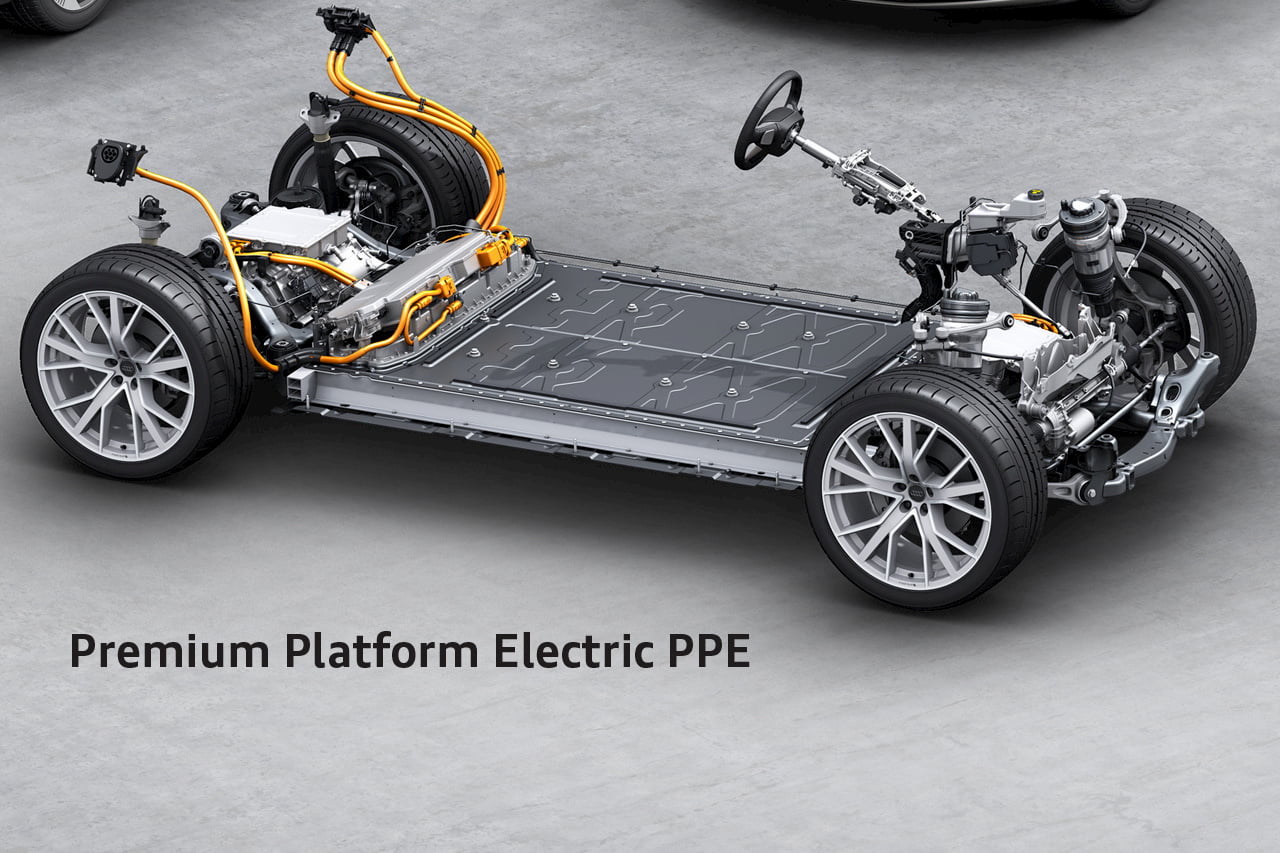 Porsche and Audi are jointly developing a new dedicated EV platform called PPE, short for ‘Premium Platform Electric.’ Project centers in Ingolstadt and Weissach are running on full steam to complete its development on time ahead of the first model launch in 2022.

When Porsche and Audi jointly announced the co-development of the PPE platform in February 2018, they said that the project will spawn three new model families altogether. Audi is leading two of them, both of which will include models from both brands. Porsche is in charge of the third project. As you can see in the infographic below, there is plenty of component-sharing between the PPE platform models.

The PPE platform is essentially the successor to the MLB platform, which underpins every Audi model with an internal combustion engine from the A4 through A8 and Q5 through Q8. While the MEB is for small and medium EVs, the PPE is mainly for medium and large EVs. PPE is similar to the MEB in some aspects and the J1 platform in a few, and it has some exclusive technical aspects of its own to be the perfect basis for the planned medium-size class and up models.

The PPE platform-based EVs will be highly digital. CARIAD, Volkswagen Group’s software company, is developing a new software and technology platform for these cars. CARIAD’s 1.1 software stack is already on duty in Volkswagen Group’s MEB models. In 2023, its 1.2 software stack will run the electronics of the German conglomerate’s first two PPE models – Audi Q6 e-tron and Porsche Macan electric.

One Infotainment will include an independent app store that allows customers to use their favorite smartphone apps directly from the car. Customers will be able to continue watching their movie or listening to their podcast that they started at home, make a reservation at a nearby restaurant, and quickly find a parking space and pre-pay for it, all using the infotainment system.

Audi will manufacture the electric motors of the PPE platform-based EVs at its Gyor plant. The Hungarian factory started manufacturing electric motors in 2018, and these currently power the e-tron and e-tron Sportback. Audi Hungaria has started preparing for the production of the new-generation electric motors that will power the PPE models. It will redesign a 15,000 square-meter area in an existing production hall to produce these motors, and 700 employees will perform serial production there. There could be a local supplier of electric motors for the China-made PPE cars.

The PPE platform EVs will feature large battery packs with an embedded (gross) energy content of up to 100 kWh. Porsche hasn’t talked about the maximum possible range, but Audi is targeting a range of up to more than 700 km (435 miles)*.

The state of charge will be 800 volts, and while the initial plan was to offer a high charging capacity of 350 kW, the new plan is to limit the maximum charging power to 270 kW. That’d be still fast enough, Audi indicated in the A6 e-tron concept announcement, saying that just ten minutes of charging can give a range of 300 km of range with just 10 minutes using a Level 3 DC fast charger. Charging up its 100 kWh (gross) battery pack from 5 to 80% SoC takes less than 25 minutes.

PPE Architecture features in a nutshell

Models that will use the PPE Architecture

PPE provides high level of flexibility, enabling cars in the B- to D-segment across the Volkswagen Group. As stated in the features section, the first models riding on the PPE platform will be the Audi Q6 e-tron and the Porsche Macan EV. Audi has said that the Q6 e-tron will enter production in 2022, while Porsche has said that it plans to launch the Macan EV in early 2023. As per an article CARIAD published on December 2, 2021, suggests that deliveries of these electric SUVs will begin in 2023.

Following the Q6 e-tron and Macan electric, the Q6 e-tron Sportback and the A6 e-tron would use the PPE platform. The latter could come in an Avant version, too. Together, Audi and Porsche plan to sell 7 million PPE platform EVs by 2030.

Featured Image Source: Audi; information in this article is compiled using data and facts presented by Audi to the media and investors. 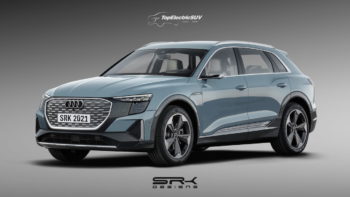 Several unconventional Audi EV models are to join the lineup.