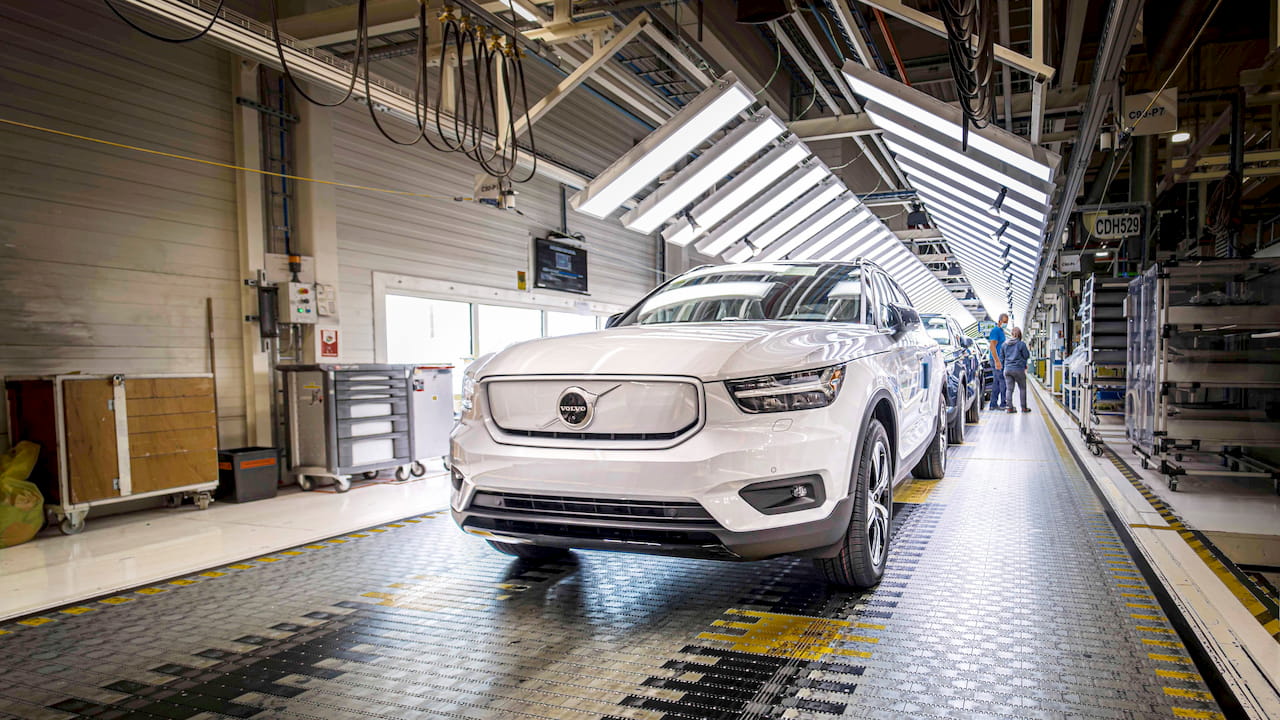 Among the factors customers choose the Tesla Model Y over the Volvo XC40, are the desirability, price, and range. For those reasons, the Swedish EV SUV probably won’t take the Tesla Model Y’s spot as the segment topper anytime in the coming years. However the Swedes have made a sincere first attempt at trying to woo away Tesla buyers with the conversion of the XC40.

Here’s how the Volvo XC40 Recharge compares with the Tesla Model Y in visual and technical specs.

The Model Y Performance has 21-inch alloy wheels as standard, and its other feature upgrades include performance brakes, lowered suspension, and aluminum alloy pedals as well. All this is in addition to a more powerful and torquier, two-motor powertrain. There’s no seven-seat option, but two-tone interior color scheme (USD 1,000) and full self-driving capability (USD 10,000) options are available.

Though the Volvo XC40 electric shares a lot in common with the XC40 compact SUV, engineers have reinforced the frontal structure to account for the absence of the engine, and the 78 kWh battery which lends its juice to twin electric motors, gets a separate cage to protect it during an incident of a roll-over.

While the Tesla might sport better figures in the range and performance column, the Volvo XC40 electric aims to one-up its rival by offering a premium interior experience with high quality switchgear and upholstery, and a more SUV-ish driving position.

The Volvo XC40 Recharge range (EPA) for the U.S. market is a disappointing 208 miles. That’s far lower than the WLTP range of over 249 miles in Europe. However, knowing the EPA’s conservative rating method, Volvo Cars was expecting a lower number when it unveiled the model. The Model Y can deliver a range (EPA) of 303 miles in the Performance variant and 326 miles in the Long Range variant. There’s a Rear Wheel Drive variant coming soon with 244 miles of range (EPA) but a more economical price compared to the existing variants.

The Volvo XC40 Recharge price is the USA is USD 53,990. Some customers may qualify for a federal tax credit of up to USD 7,500, lowering the price to USD 46,490. Further benefits, in select locations, may include state and local incentives.

The Volvo XC40 Recharge for the American buyer is served in a single variant, while the Telsa Model Y is available in two – the base variant ‘Long Range’ costs USD 51,490, while the top-end variant ‘Performance’ retails at USD 60,990. Potential savings can bring down the Tesla Model Y prices to USD 45,690 in the Long Range variant and USD 55,190 in the Performance variant. The upcoming Rear Wheel Drive variant would make the Tesla Model Y more accessible.

The Volvo XC40 Recharge is built in Ghent, Belgium, and deliveries have just begun in the United States. On the other hand, the Tesla Model Y, which is made in America, is already on sale for several years. Elon Musk claims that with new Gigafactories coming online next year, the Model Y could become the world’s best-selling car in 2022.

The Volvo XC40 Recharge is a semi-finalist for the 2021 North American Utility of the year. Clearly, the Volvo electric car is packing a lot of heat, but dethroning the Model Y is a big ask. We think sales of the XC40 electric could be muted in its first year, but that could be owing to production constraints. However, by the end of the decade, we reckon the Swedes will catch Tesla with next-generation products that are based on the SP2 and SEA platforms.

The next 40 Series model is an XC40-based coupe – the Volvo C40 electric, and it could be launched in the U.S. market by early next year. By 2025, electric cars will account for 50 percent of Volvo global sales, and Recharge models like the XC40 and C40 should see to that.