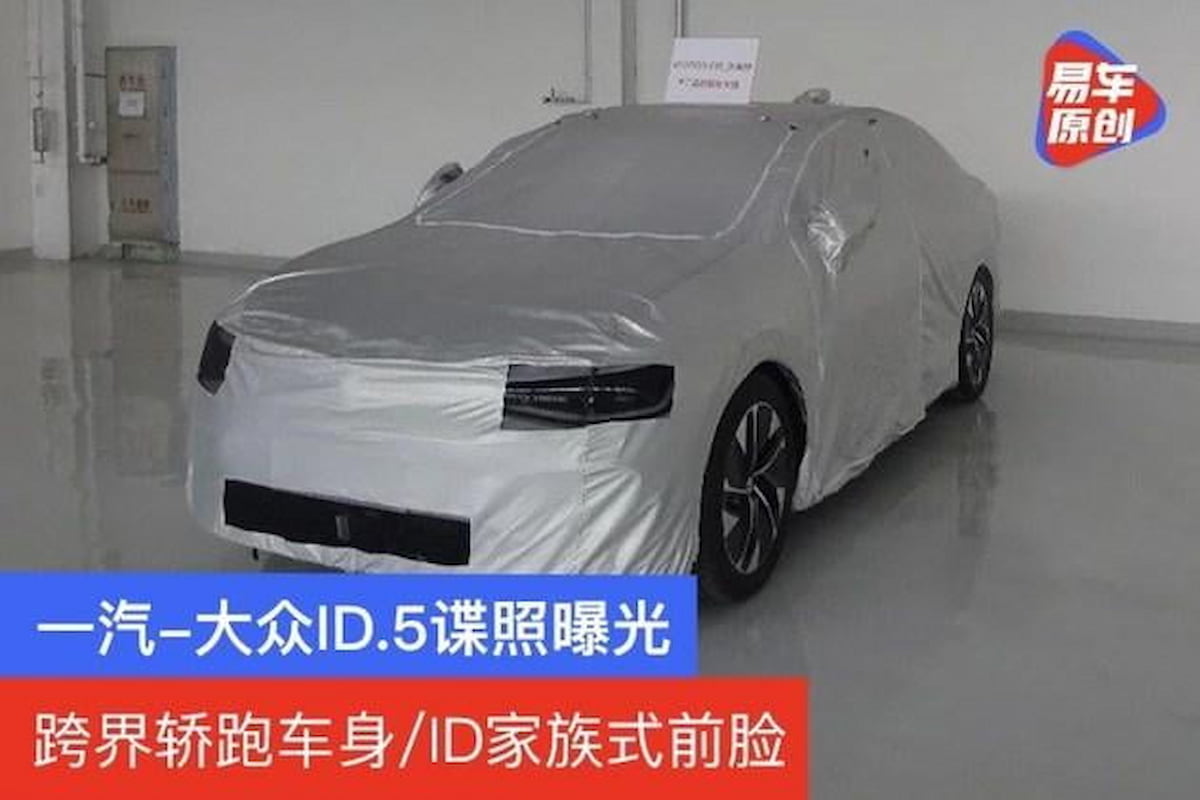 In December 2020, pictures from the local media showed the ID. Space Vizzion-derived VW Aero B Shooting Brake electric cross-wagon in trial production in China. On September 6, 2021, at the 2021 Munich Motor Show (IAA 2021), Ralf Brandstatter, CEO, Volkswagen indicated that the sedan model will have a coupe-like styling and be called VW ID.6 (this name is used for an VW SUV in China). A week later, European spies spotted a white prototype disguised like a Passat, signalling that the launch was on course for next year.

Road-testing of the production VW ID. Vizzion is already on in China, as pictures from Yiche showed in May 2021.

Every year, we will launch a new electric model. The next one is the ID.5. Our first SUV-coupe will celebrate its world premiere in early November. The ID. Buzz will enter the market next year, and the ID.6, a highly emotional four-door coupe, will follow in 2023.

VW Aero B Shooting Brake and VW Aero B are project names of the MEB platform EVs that would be the zero-emissions alternative to the VW Passat Alltrack and VW Passat, respectively. According to the roadmap Dr. Christian Dahlheim, Director Group Sales, Volkswagen Group, shared during the 2021 Virtual Deep Dive Electro Mobility conference call, the sedan comes first. The electric crossover wagon has received the green signal for launch in the U.S. market.

Chinese reports say that the FAW-Volkswagen JV company is leading the VW Aero B and VW Aero B Shooting Brake projects for the local market.

From the spy images, we note that the production version has a less dramatic design with slightly taller windows, slimmer pillars, smaller wheels, and a flatter roofline. Unlike the concept, it features conventional outside rearview mirrors. Moreover, the greenhouse is wider and includes a large quarter glass, a design cue that we think we will see on many of Volkswagen Group’s upcoming low-roof EVs in the interest of passenger comfort.

Citing Frank Welsch, Head of Group Quality Management and Strategy, Volkswagen Group, an Autocar report has shared a number of main specifications of the production VW ID. Vizzion. The new electric saloon/estate will come in single-motor RWD and dual-motor AWD configurations, with the latter including a sportier GTX variant that does the 0-62 mph sprint in around 5.6 seconds. The single-motor RWD variant’s 0-62 mph acceleration time will be approximately 8.5 seconds.

As for the battery pack options, the top-end unit will have an 84 kWh capacity providing a range of approximately 700 km (431 miles). Compared to the current MEB platform cars, the production ID. Vizzion should have battery packs containing more efficient cells. Reduced rolling resistance and new aerodynamic efficiency measures may also help keep the energy consumption in check.

The report claims that the maximum charging power will be 200 kW. A quick ten-minute charge will be sufficient enough to achieve a range of around 143 miles. Bi-directional charging should be available in the global ID.6. Volkswagen Group has confirmed that its MEB platform EVs will offer bi-directional charging from 2022.

The VW Aero B models are among the top priorities of the VW ID. Family. Volkswagen has rolled out a new ‘Accelerate’ strategy to fast-track its transformation into software-driven mobility, a key element of which is faster e-mobility expansion with new launches, including these midsize EVs.

VW Aero B – Everything we know

In December 2020, TopElectricSUV.com revealed that USPTO has granted a patent number to the patent application for the VW ID. Space Vizzion. Below are the images of the precursor of the US-bound electric crossover wagon:

In a post on linkedin.com, Brandstatter said that Volkswagen has commissioned the ID. Space Vizzion to the Emden plant in Germany under the project name Aero B. He revealed that this will be the first electric wagon from Volkswagen in the market and that its production will begin in 2023.

Prototypes produced in the limited run would typically undergo real-world tests for hundreds of thousands of miles and travel as classified cargo to customer clinics and internal demos globally.

On the VW ID.Space Vizzion

The VW ID. Space Vizzion is the future self of the VW Passat Alltrack crossover wagon. It will come with a sleek design and electric power as the family car of the 2020s. Unveiled at the Petersen Automotive Museum in Los Angeles in 2019, the swanky electric crossover wagon is an extension of the VW ID. Vizzion, the all-electric alternative to the Passat mid-size sedan.

The VW ID. Space Vizzion is 195.2 inches long, 74.7 inches wide, and 60.2 inches tall. It has a 116.7-inch wheelbase, and it sports large, 22-inch wheels. Sitting on the MEB platform, it features a 275 hp/406 Lb.-Ft. motor mounted at the rear. It is possible to fit a second motor generating 101 hp and 111 Lb.-Ft. at the front to make it an AWD vehicle and get a system output of 335 hp on the range-topping variant. A 77 kWh (net)/82 kWh (gross) battery pack is standard, and it gives an estimated range of 300 miles on the EPA cycle. The specifications of the production model may differ slightly from the concept.

The production ID. Space Vizzion will likely look very close to the concept Volkswagen showcased in LA. The company will probably position the ID. Space Vizzion as an upscale, lifestyle product with a high focus on comfort and luxury. We are not betting on it, but the concept’s extra comfy four-seater layout could be an option in the production car. The IQ.LIGHT LED matrix headlights, Augmented Reality head-up display, mini instrument cluster, and the 15.6-inch touchscreen infotainment system from the concept version should also appear in the final product.

Volkswagen’s electric wagon should come in multiple configurations. We expect the most range-focused configuration to use an 84 kWh battery pack. The WLTP range in this configuration could be more than 650 km (404 miles). Unlike present-day MEB EVs, it should offer bi-directional charging. Moreover, the peak charging power could be 200 kW, a significant upgrade over the current 150 kW rate (on the ID.5 GTX).

2023 should be the year of the launch of the VW ID. Space Vizzion in the United States. Expect prices to start in the range of USD 40,000-45,000. VW plans to introduce at least one new BEV every year till 2030, and a key launch would be this electric cross-wagon derived from the ID. Space Vizzion.

Ralf Brandstatter, CEO of Volkswagen, on LinkedIn, in late 2020 (translated)

The U.S. market won’t get the electric crossover wagon from a Chinese plant, though. Units for the American customer will either come from Chattanooga (Tennessee) or the Emden (Germany), for where 2023 is the SOP date.

A Bloomberg report published in June 2021 suggested that Volkswagen is rejigging its U.S. EV strategy. The German automaker may speed up EV launches now that U.S. President Joe Biden has stepped on the pedal to increase the adoption of EVs in the country. Thomas Ulbrich, member of the Board of Management for Development at Volkswagen Passenger Cars, told reporters in Munich that the company is formulating plans “to realign” with the country’s new EV strategy. It may take final decisions about new investments related to intensifying efforts in electrification in the country before the end of 2021, the report said.

On November 6, 2021, Congress passed what the White House calls “a once-in-a-generation investment” – the Bipartisan Infrastructure Deal (Infrastructure Investment and Jobs Act). This legislation will bring huge benefits for the nation’s EV industry. The share of plug-in EV sales in the U.S. is only one-third that of China. With the Bipartisan Infrastructure Deal in place, that figure should improve significantly. The U.S. government will invest USD 7.5 billion to build the country’s first-ever national EV charging network, which should bring the much-needed spurt in American EV adoption.