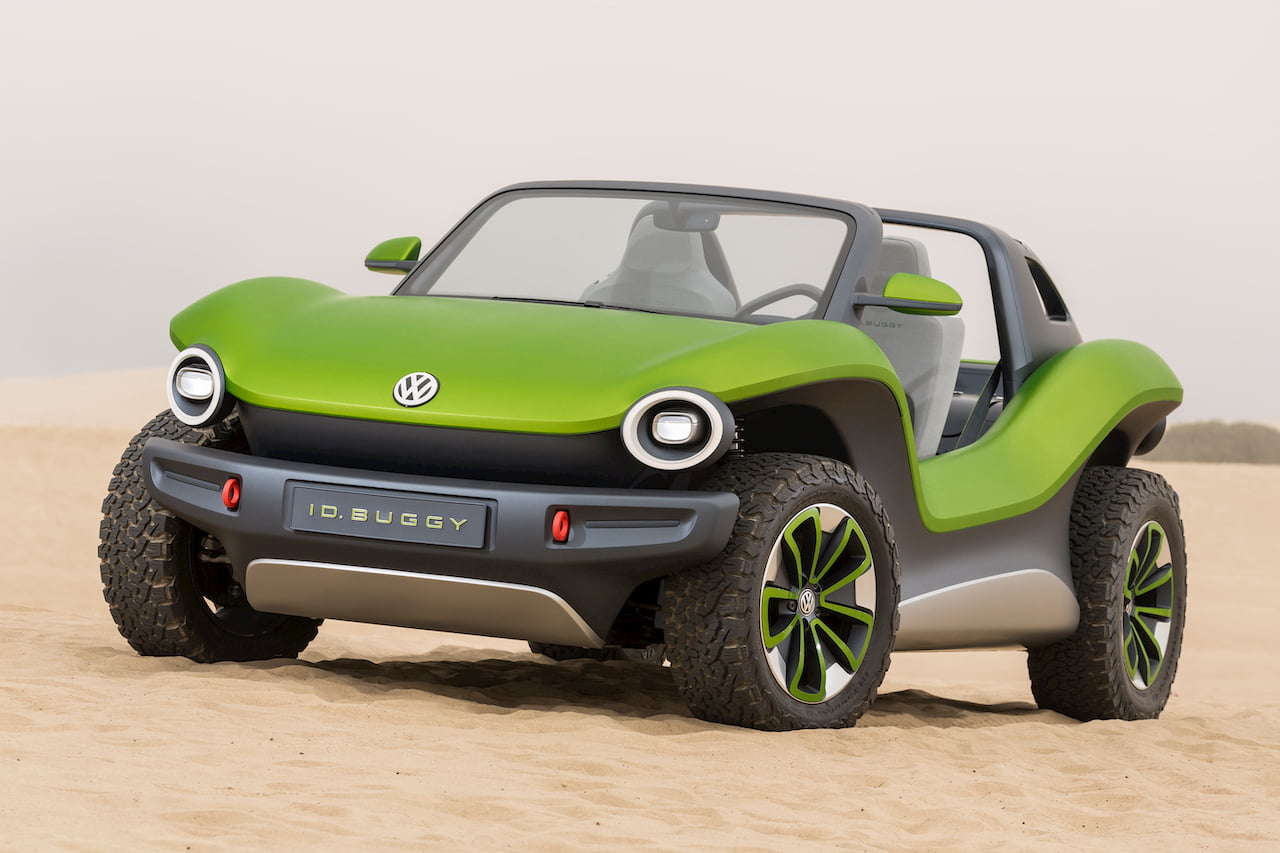 Remember the VW ID. Buggy concept from last year, the all-electric throwback to the dune buggies first seen in the 1960s, based on the shortened VW-Beetle’s chassis? A production VW Buggy off this MEB platform-based modern-day dune buggy is still possible, unlike what recent reports have said.

In August, a report from our favourite British magazine carmagazine.co.uk had said that the VW ID. Buggy is dead because the plan was to outsource its production in a low volume to e.Go Mobile but that company had filed for insolvency in April. A VW ID. Ruggdzz/VW ID. Ruggedzz off-road SUV was reportedly planned instead of it then, the report added.

In an interview with automotorundsport.de recently, Ralf Brandstatter, CEO, Volkswagen, talked about the VW Buggy. He confirmed that Volkswagen does not plan to manufacture the car, but he said that in a way that hinted that the company is still considering to launch it as a product manufactured by another company.

We can imagine such a (VW Buggy electric) concept in principle, but we certainly won’t build it ourselves.

Interestingly, in September, e.GO Mobile managed to secure fresh investments and help came by from nd Industrial Investments. The company was rebranded to Next e.GO Mobile, and the Dutch private equity firm is now a majority shareholder.

What would happen to the rumored VW ID. Ruggdzz/VW ID. Ruggedzz if Volkswagen releases the VW Buggy in the market remains to be known. However, the former obviously holds a greater potential in terms of volumes and we hope it is launched regardless of the pure electric dune buggy’s fate.

Volkswagen wants to market ID. as a fun, interesting range of all-electric vehicles. That is why apart from cash-cows like the VW ID.3, VW ID.4, VW ID.6, etc., it is considering fascinating models like the VW ID. Buzz and VW ID. Buggy. The VW ID. Buzz has already received the green signal, and it will enter production in 2022.