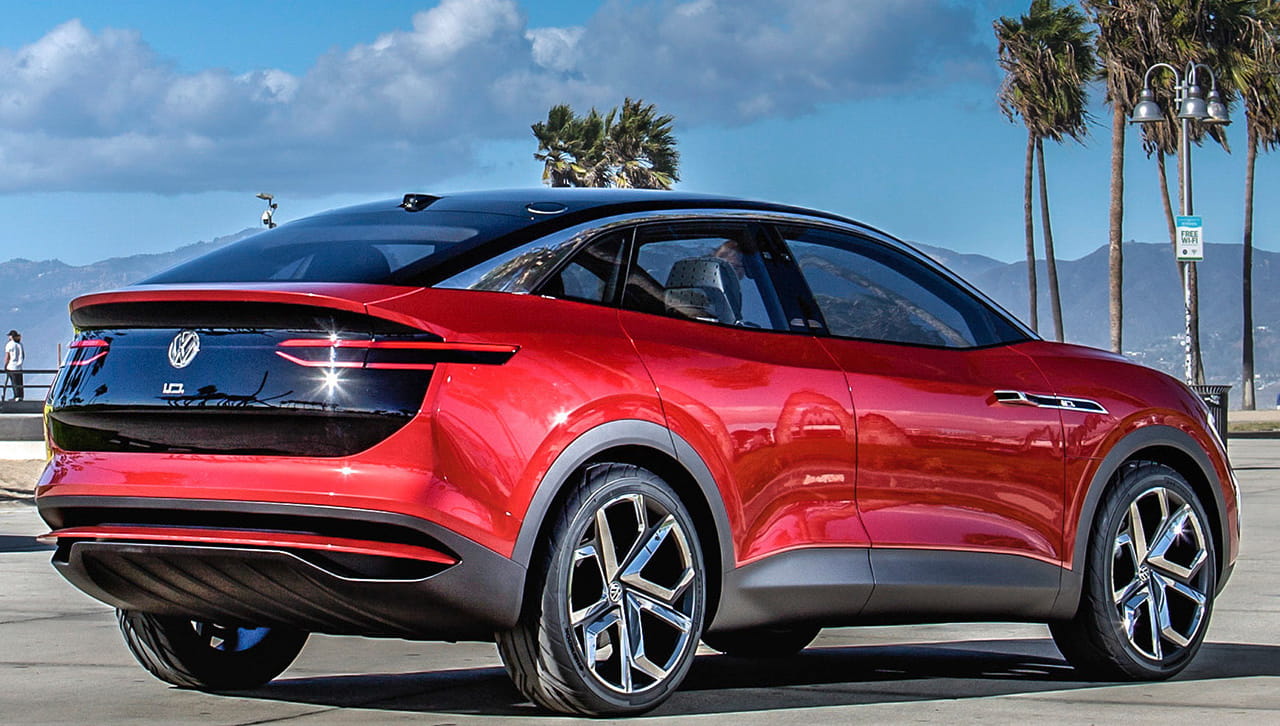 The VW ID.4 has been revealed but it is to be noted that VW’s first crossover electric car isn’t the direct production version of the VW ID. Crozz. That model would be a derivative of the VW ID.4, a model that goes by the names VW ID.4 GTX and VW ID.5 in the media.

Both the VW ID. Crozz concept (Auto Shanghai 2017) and its updated iteration, the VW ID. Crozz II concept (IAA 2017), had a coupe roof. The VW ID.4 puts an emphasis on practicality over style, but its derivative, codenamed VW 316/8, will have a sportier styling that’s closer to the concept cars. It will take the same approach of combining the worlds of SUV and coupe with a visibly more tapered roofline. Spy pictures have already confirmed that, while also revealing an exclusive wing atop the hatch lid.

Save for the coupe roof, special rear spoiler, and perhaps unique bumpers, the VW ID.5 would look very similar to the VW ID.4. On the powertrain front, options will likely include 201 hp/229 lb.-ft. single-motor, 261 hp/313 lb.-ft. dual-motor and 302 hp/339 lb.-ft. dual-motor. A 77 kWh Lithium-ion battery pack is a given, in addition to a possible 58 kWh unit for the entry variant. The most efficient configuration should deliver a range of over 260 miles as per the USA’s EPA test procedure and over 530 km as per Europe’s WLTP rating method.

The VW ID.4 coupe will likely debut in early 2021 and reach U.S. showrooms towards the end of the year. Expect a starting price of around $40,000 for the compact electric SUV coupe.

Which model will the VW ID.5 rival?

The VW ID.5 would compete with the Tesla Model Y in the U.S.