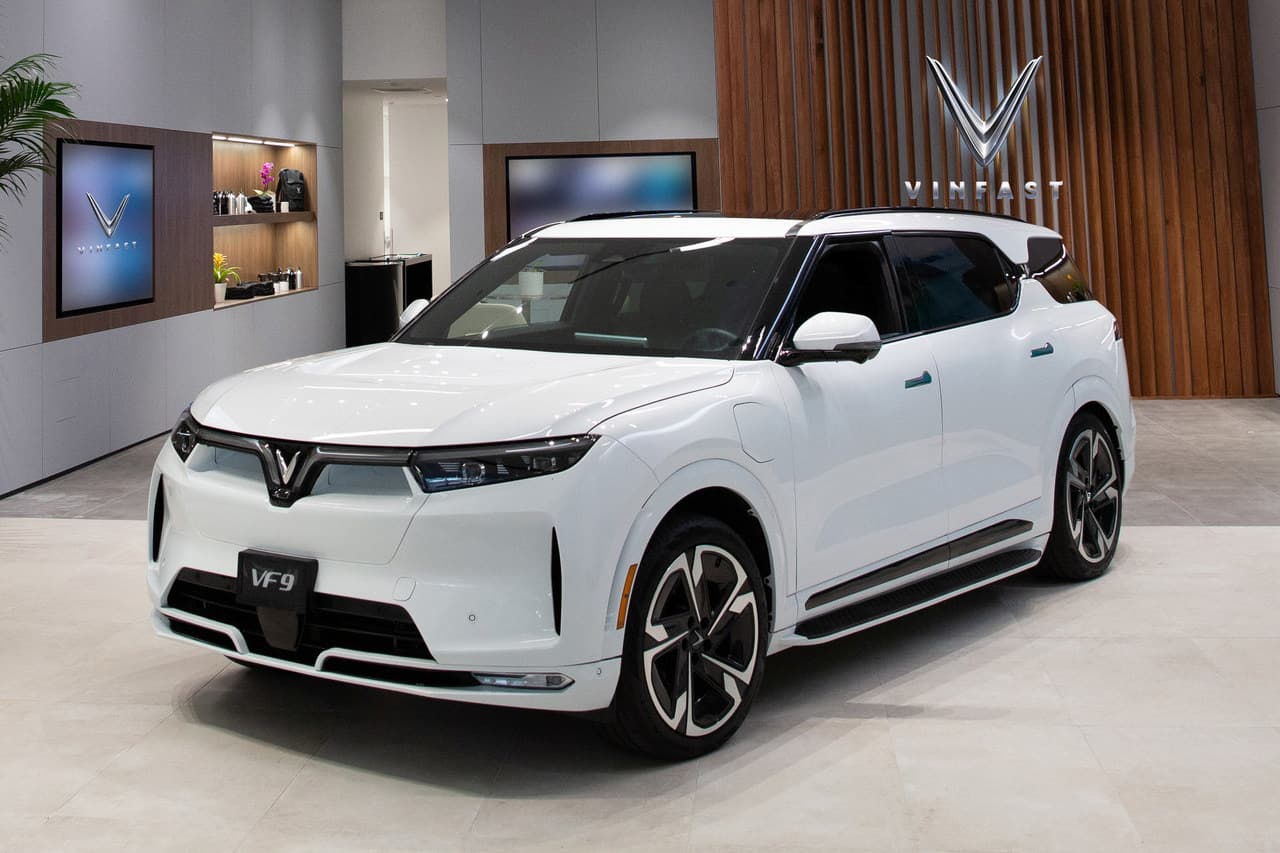 Originally, VinFast had introduced the VF 9 as the VF33 in January 2021. When the company showcased it at the 2021 LA Auto Show in November 2021, it changed the model’s name to VF e36. VF 9 is the full-size crossover SUV’s third and hopefully the final name.

The VinFast VF 9 is a conventionally designed, wide-shouldered SUV that could appeal to American full-size SUV customers. VinFast collaborated with legendary Italian design house Pininfarina in making the design.

The strong and masculine exterior’s highlight is its wraparound glass that provides a seamless transition from the profile to the rear. Along with the sleek windows lying on the same horizontal axis, it forms an interesting X-shaped motif on the sides and enhances the SUV’s sophisticated exterior.

The interior of the VinFast VF 9 is clean and minimalist, making the least possible usage of physical controls. A large landscape central display that measures 15.6 inches diagonally is the focal point of the cabin. The designers have kept physical buttons to the bare minimum.

First-time EV buyers might have a hard time adjusting because of the omission of an instrument cluster. A full-color heads-up display (HUD) is part of the new-age cockpit, though. Relying on the HUD for the primary driving information could be a difficult adjustment initially, but it could lead to significantly reduced distraction compared to driving a vehicle with an instrument cluster, particularly a fancy fully-digital display.

Quilted leather upholstery, brushed aluminum panels, open-pore wood inserts, and mood lighting would help set an upscale ambiance. The VF 9 is a three-row SUV and will be available in 6- and 7-seat versions. The 6-seat version will come with captain seats featuring a massage function in the second row.

VinFast is considering using eco-friendly materials like eco-leatherette for the interior of its vehicles. In the future, the VF 9 could boast such extra sustainability measures in addition to a 100% electric powertrain.

VinFast has partnered with Amazon to integrate Amazon Alexa services into the VF 9 (and also VF 8). Customers will be able to ask Alexa and conveniently control functions like music playback, cabin temperature adjustment, seat heating, getting directions, checking traffic, and managing smart home devices. Alexa will even help find a parking spot. OTA updates will keep bringing new and improved capabilities for Alexa.

The VF 9 will be the flagship model in the VinFast line-up. The company plans to build it in high quality to meet the high standards of safety agencies in North America and Europe. It is targeting a 5-star safety rating from NHTSA and Euro NCAP. The company has equipped its flagship SUV with 11 airbags and ADAS features like Remote parking, Traffic jam assist, Automatic lane changing assist, Highway assist, and more.

Due to its large dimensions and batteries, the Vinfast VF 9 could be quite heavy and thus require a high-performance powertrain. VinFast plans to fit two motors that generate 300 kW (402 hp) of total power and 457 lb.-ft. of total torque in the VF 9. 6.3 seconds is the 0-60 mph sprint time.

VinFast has a tie-up with Electrify America for the charging of its EVs in the U.S. The company says that its U.S. customers will get two years of complimentary charging sessions at what happens to be America’s largest open ultra-fast charging network. There are 800 Electrify America charging stations, with about 3,500 individual chargers available to use or with construction completed. These chargers offer charging at 150 kW and even at 350 kW.

VinFast will import EVs initially, but it doesn’t see that as a long-term strategy. The company plans to build the VF 9 alongside the 5-seat VF 8 at a new U.S. plant located in North Carolina from 2024.

VinFast will establish its American factory in Chatham County’s Triangle Innovation Point mega-site. Spread across 800 hectares, this production site will facilitate electric car and bus production and assembly, EV battery production, and ancillary industries for suppliers. Construction will begin later in 2022, and then production may start in July 2024. The company expects to have an annual production capacity of 150,000 vehicles in the first phase.

VinFast has confirmed the U.S., Canada, Germany, France, and the Netherlands as its first overseas markets in the West. The company is likely to commence deliveries of the VF 9 in the U.S. in Q4 2022 (October-December 2022).

VinFast has quietly raised the VF 9’s starting vehicle price to USD 57,500, removed its Flexible battery subscription plan, and increased the cost of its Fixed subscription plan to USD 219/month. The company is yet to disclose the vehicle price of the other configurations. The good news is that it has introduced a conventional purchase option that includes the battery, with prices starting at USD 76,000. In addition to the Rivian R1S, the VF 9 may rival the Volvo EX90.

Initially, the VF 9 was available on a subscription-only basis for a price of USD 55,500 (Eco standard-range)/USD 56,000 (Eco extended-range)/USD 60,500 (Plus standard-range)/USD 61,000 (Plus extended-range). The Flexible plan used to cost USD 44/month and allowed traveling 310 miles, with further usage (from 311 miles) costing about USD 0.15/mile. The Fixed plan allowed unlimited mile usage and used to cost USD 160/month. Customers going for this plan in 2022 were safe from any price hikes for a lifetime.

The first VinFast U.S. dealerships are located in the state most popular for ZEV adoption in the country – California. Berkeley, Santa Monica, San Diego, San Mateo, Commerce, and Corte Madera are the first locations where the Vietnamese brand currently has a retail presence. The company is considering expanding to other states in the country.

VinFast seems to be seriously committed to America’s transition to electric vehicles. The company is coming out with its big guns, launching the large and pricey models first – VF 8 and VF 9. The VF 9, its flagship EV, will lure family SUV buyers with a luxurious and spacious interior, a worry-free driving range that’s suitable for long-distance traveling, and purchase options that offer flexibility and more savings than competitors. While it doesn’t have the wow factor of the Rivian R1S, it could turn out to be a better value-for-money product.

What is the VinFast VF 9 release date?

What is the VinFast VF 9 price?

Which models are VinFast VF 9 rivals?

The VinFast VF 9 will rival the Rivian R1S and maybe even the Volvo EX90. 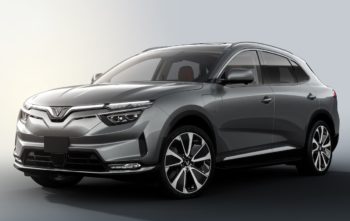 The VinFast VF8 electric SUV will be available in the U.S. in two variants: Eco and Plus. 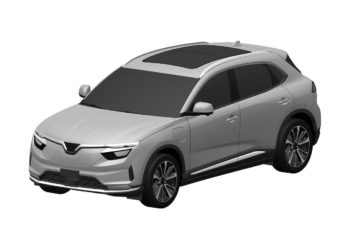 TopElectricSUV.com has obtained patent pictures of the VinFast VF32 that will be launched in the US in November.