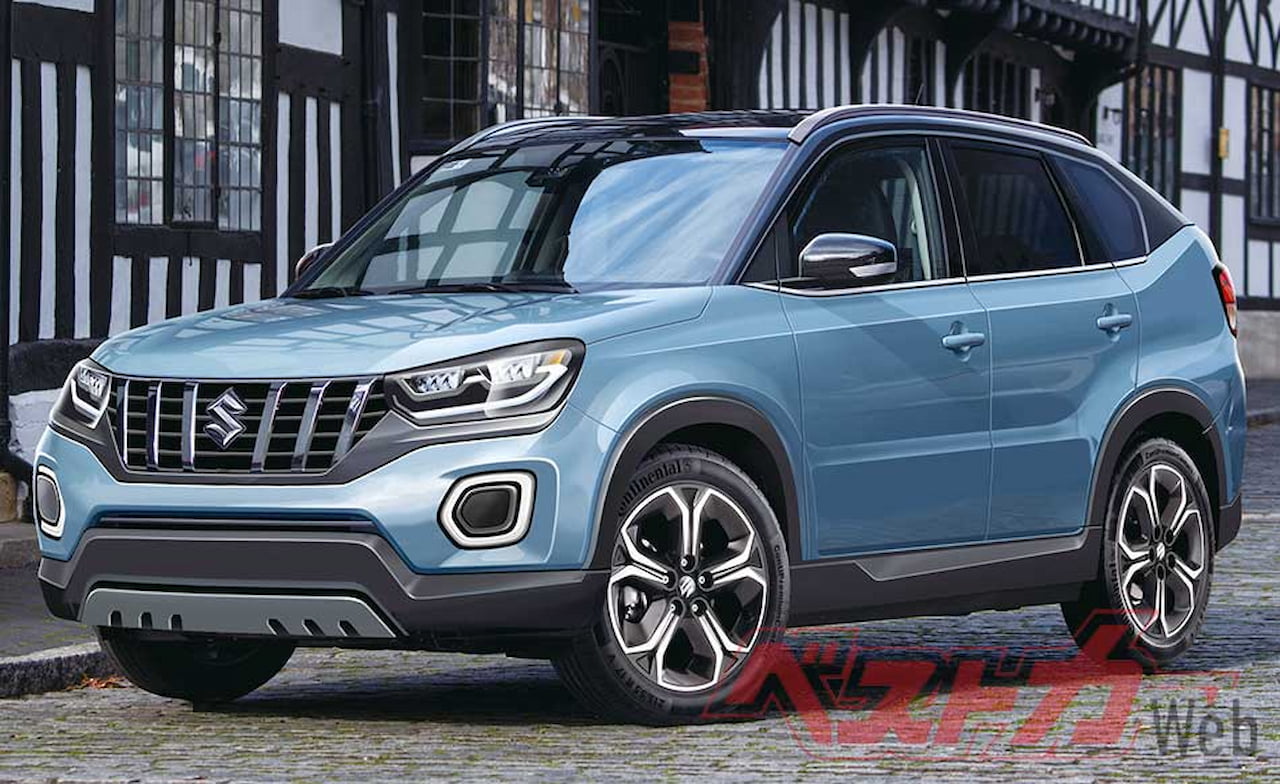 It’s been almost 7 years since the fourth-gen Suzuki Vitara debuted at the 2014 Paris Motor Show. Small SUVs Hyundai Kona and Nissan Juke and the slightly bigger Toyota C-HR and Honda HR-V have been leading advancements in their segment for years now. The Suzuki Vitara has some catching up to do, including but not limited to design and in-cabin technologies. We expect it to continue as a value-focused follower as it moves to its next generation.

The Suzuki Vitara, also called Suzuki Escudo, originally was a 3-door model when it debuted in 1988. A 5-door version followed in 1991, making it a proper family-hauling SUV. So far, it has undergone three full model changes, and thus, is currently in its fourth generation. By 2018, its cumulative sales had reached 3.7 million units, which signifies its importance in the Suzuki carline.

Japan’s Best Car magazine expects the new Suzuki Vitara (2022 Suzuki Vitara) to come out looking “more sophisticated” than the current model. It has worked on a rendering that suggests a chunkier design with a more imposing front-end and extended wheel arches and a sportier appearance with a steeply raked tailgate similar to that of the 2022 Honda HR-V. The Japanese publication expects the next-gen Suzuki Vitara to have a slightly bigger body to open up more boot space.

As carwow notes in its review, the current Vitara’s infotainment system and interior quality don’t match up to its rivals. So, it’s not just the design Suzuki needs to getter better at for the next-gen Vitara. The 2022 Vitara could be the first Suzuki model to feature a configurable, fully digital instrument cluster. In addition, a brand-new infotainment system with 4G connectivity, wireless Apple CarPlay and wireless Android Auto, a wireless smartphone charger, and a head-up display could also be among the main interior changes.

Back in April 2015, the Vitara received a 5-star overall safety rating from Euro NCAP. Suzuki improved the SUV’s safety when it gave it a facelift in 2018 by introducing the Blind Spot Monitor function. The company will likely aim for a 5-star safety rating for the next-gen Vitara and equip it with new and improved driver assistance systems.

In Europe, Suzuki introduced a new K14D 1.4-litre Boosterjet turbocharged four-cylinder engine in the fourth-gen Vitara last year. It may offer the same engine, an improved version of the K14C engine, in the new model. The engine comes with 48-volt mild-hybrid technology that enables torque-fill control, torque boost, and engine idling.

A report from Austria’s Die Motorprofis had suggested that Suzuki could introduce a full-hybrid (strong hybrid) powertrain in the Vitara in January 2022 and release the next-gen Vitara with a plug-in hybrid powertrain two years later in 2024. While Suzuki has said nothing about incoming models, the company will indeed level up electrification with more advanced powertrains this decade, as part of its new mid-term strategy.

Suzuki doesn’t make plug-in hybrid cars and had to borrow the Toyota RAV4 to launch the A-Cross in Europe in an effort to meet CO2 targets in Europe. However, it has indigenously developed full-hybrid technology for the Swift and other small cars in the Japanese market. The know-how would be handy when developing a new generation full-hybrid system for budget models like Vitara and S-Cross. With the base engine similar to Jimny’s K15B 1.5-liter naturally aspirated motor, the hybrid system could be employed in the Vitara and upcoming Suzukis to make them efficient and meet further emission regulations.

Alternatively, if the cost works out, Suzuki can take a quicker route borrowing the THS (Toyota Hybrid System), which powers the world’s best-selling hybrid vehicles. In March 2019, the Japanese automakers made a joint announcement for new potential collaborative businesses. One of these areas was Toyota supplying THS to Suzuki. If that’s the case, Toyota’s M15A-FXE three-cylinder unit could be considered for Suzukis.

The 2022 Suzuki Vitara could be revealed at the end of this year and cost around EUR 25,000 when it enters the European market next year. Last November, Spanish automotive websites, including Motor.es, had confirmed the next-gen Suzuki Vitara for the European market in 2021. Furthermore, Juan López Frade, president of Suzuki Ibérica (Spain), was quoted in Spanish news reports confirming 3 launches for Spain and the new Vitara in Autumn 2021 (late September – late December). The timetable is from before the semiconductor chip shortage began causing production outages at car plants worldwide.

What is the 2022 Suzuki Vitara release date?

Suzuki is reported to unveil the next-gen Vitara as early as late 2021 and could launch the SUV in 2022.

What are the 2022 Suzuki Vitara alternatives?