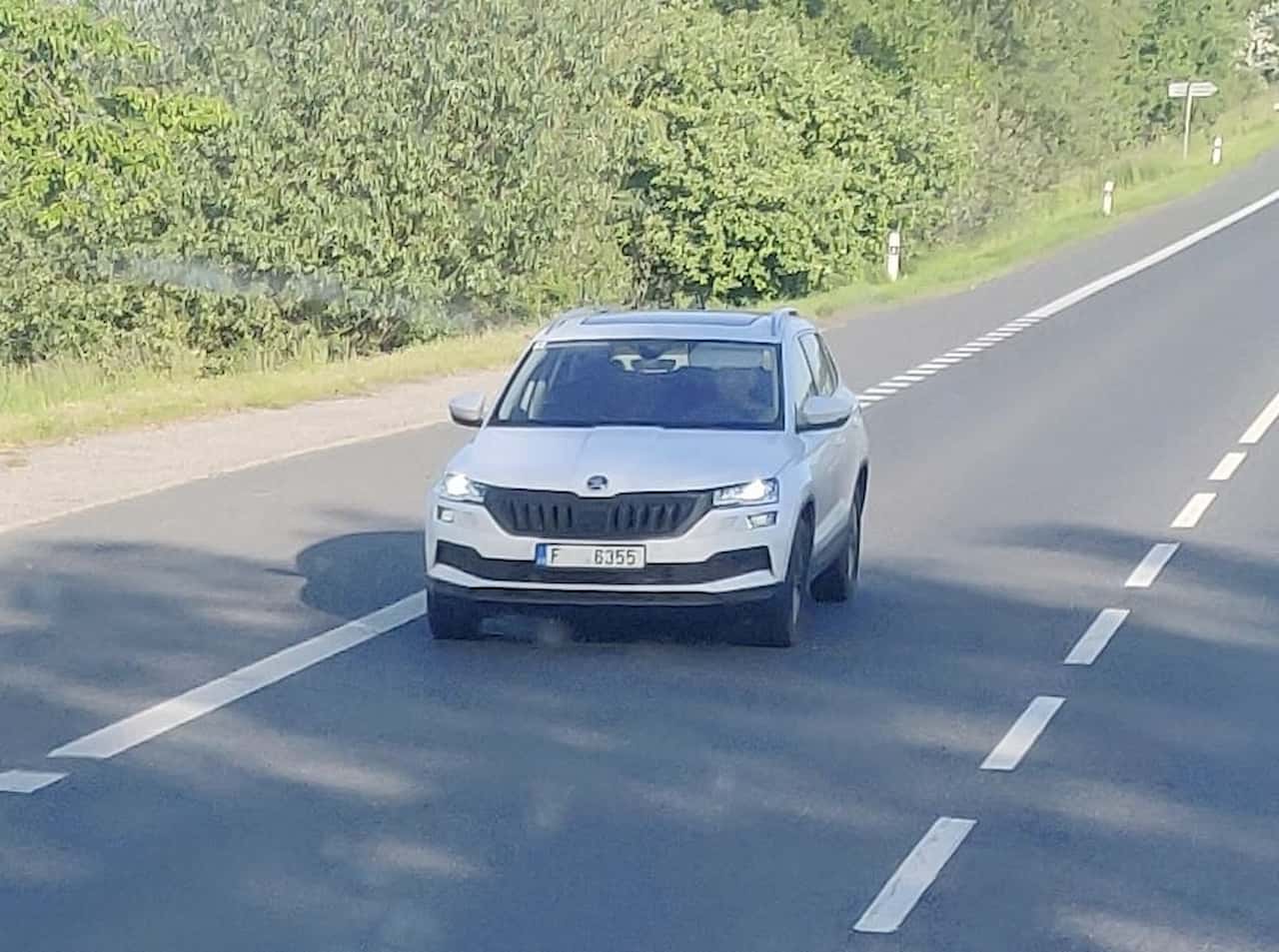 The close relative of the VW Tiguan, the Skoda Karoq, is receiving a makeover this year. Unlike the original compact SUV released in 2017, the restyled 2022 Skoda Karoq could be strapped with a hybrid powertrain.

“We are making our best-selling SUVs Kodiaq and Karoq fit for the years ahead,” Thomas Schafer, CEO, Skoda, said in his closing speech at the company’s annual press conference in March. Electrification is the way forward at Volkswagen Group, and so, central to keeping products “fit for the years ahead.”

Executing facelifts of popular cars are tricky in general, and for budget models, the revised price shouldn’t budge much. According to a report from Autocar, Oliver Stefani, Head of Design, Skoda, has said that preparing a mid-life update for a car is “a challenge.” The task is not easy, and it demands creativity in plenty as much of the time there isn’t anything really to fix, yet the market expects something fresh.

The unveiling of the 2022 Karoq is near as Skoda is testing prototypes with mild camouflage. TopElectricSUV.com reader Tomas U, from Mlada Boleslav, Czech Republic, spotted a white test mule of the new Karoq (set as the featured image of the story). While it may look like the old Karoq, Skoda has covered it up with fake plastic panels and stickers to hide the changes. Right off the bat, the headlamps seem to have been reshaped, and the radiator grille and front bumper are retouched.

A few weeks later, Tomas U shared new spy shots of the Karoq that we hadn’t seen before. The images show the rear-end of the compact SUV. There are subtle changes, but only if you look really closely. Firstly, the new rear bumper has a simpler design, and it doesn’t have the three-part look of the current Karoq. Secondly, the new rear light cluster incorporates a sharp dynamic turn indicator instead of a C-shaped old-fashioned blinking turn signal. Moreover, the reverse lights and turn indicators are LED units, not halogen bulbs like the current model.

Interior changes introduced on the Skoda Karoq with the mid-cycle update should be minimal. MIB3, the latest generation of Volkswagen Group’s modular infotainment system, made it to the compact SUV in June 2020. So, the infotainment family will probably remain unchanged. According to a post on the cochespias.net forum, Skoda will extend ambient lighting to more places and provide a new interface in the multimedia system that’s similar to the Skoda Octavia. This post mentions a new seat upholstery as another change that would spruce up the cabin.

Skoda has made plans for new entry-level variants of all model lines as part of its strategy to find new customers. We could witness the least expensive variant yet of the Karoq debut in the facelifted specification. However, due to the ongoing semiconductor chip shortage in the auto industry, the basic configurations may see a phased launch and become available only in 2022. Citing Martin Jahn, Skoda’s Board Member for Sales and Marketing, a snippet from Autocar has said that the company cannot release stripped-out entry-level cars before it can increase production.

No electrification in the Kodiaq new model

Skoda was expected to electrify the Kodiaq with its mid-cycle facelift this year but didn’t. The non-availability of the Kodiaq as a plug-in hybrid or a mild-hybrid leads to doubts about the launch of a Karoq hybrid.

Perhaps the company doesn’t see the need for a Kodiaq PHEV now that it has a similar pure electric model in the line-up – the Enyaq. The inclusion of electrification would drive prices up, and the pinch is felt harder for smaller cars like Karoq than it is for larger cars like the Kodiaq. Regardless, the needs of every segment are unique, and cost alone cannot be considered when the powertrain lineup is formalized.

If the 2022 Skoda Karoq model uses a hybrid engine, it will likely use the same 1.5-liter EVO e-TEC mild-hybrid that the Octavia does. The electrified turbocharged four-cylinder gasoline mill produces 110 kW (147 hp) and 250 Nm (184 lb.-ft.). A 7-speed DSG dual-clutch transmission could be standard along with this engine. A 48-volt belt-driven starter motor and a 48-volt Lithium-ion battery would enable brake energy recuperation, electric boost, and coasting. Quieter and smoother engine starts and fewer vibrations would be two more benefits of the mild-hybrid system.

Thanks to the technology available with the VW Group, the Skoda Karoq can get an iV plug-in hybrid variant as well, with a system power of 180 kW (241 hp) and a pure electric range of around 50 km (31 miles). The 2022 Skoda Karoq iV PHEV, if launched, would combine a 1.4-liter TSI engine with an electric motor, which would get its energy from a 13 kWh lithium-ion battery pack and power the front wheels only.

Skoda will likely unveil the new Karoq by October and put it on sale soon a few weeks later.

Skoda has announced that four models, namely Kamiq, Karoq, Kodiaq, and Enyaq iV, won seven Company Car of the Year 2021 awards from the German trade magazine ‘firmenauto.’ 165 fleet professionals evaluated Germany’s best-selling fleet models in the competition, and the Karoq came out as the pick of the imported cars in the ‘compact SUV and crossover up to 4.50 m’ class.

According to Dataforce, Skoda increased its market share in the relevant fleet market to 8.6% last year and went up to the fifth spot in new commercial registrations in Germany.

What is the release date of the new Skoda Koroq?

Skoda has confirmed the release of the restyled Karoq for 2021. The launch is expected in a few weeks.

What are the competitors of the 2022 Skoda Karoq?

What is the expected price of the new Karoq range?

The starting price may not stray much, but the hybrids would cost 10-12 per cent over equivalent combustion variants. 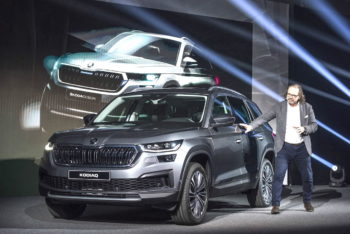 Update: A Skoda Kodiaq EV will come eventually. Details at the end of the story. 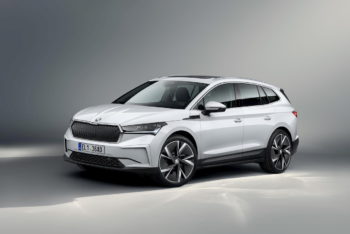 The technical cousin of the VW ID.4 available in the U.S. is quickly becoming a popular EV in Europe.