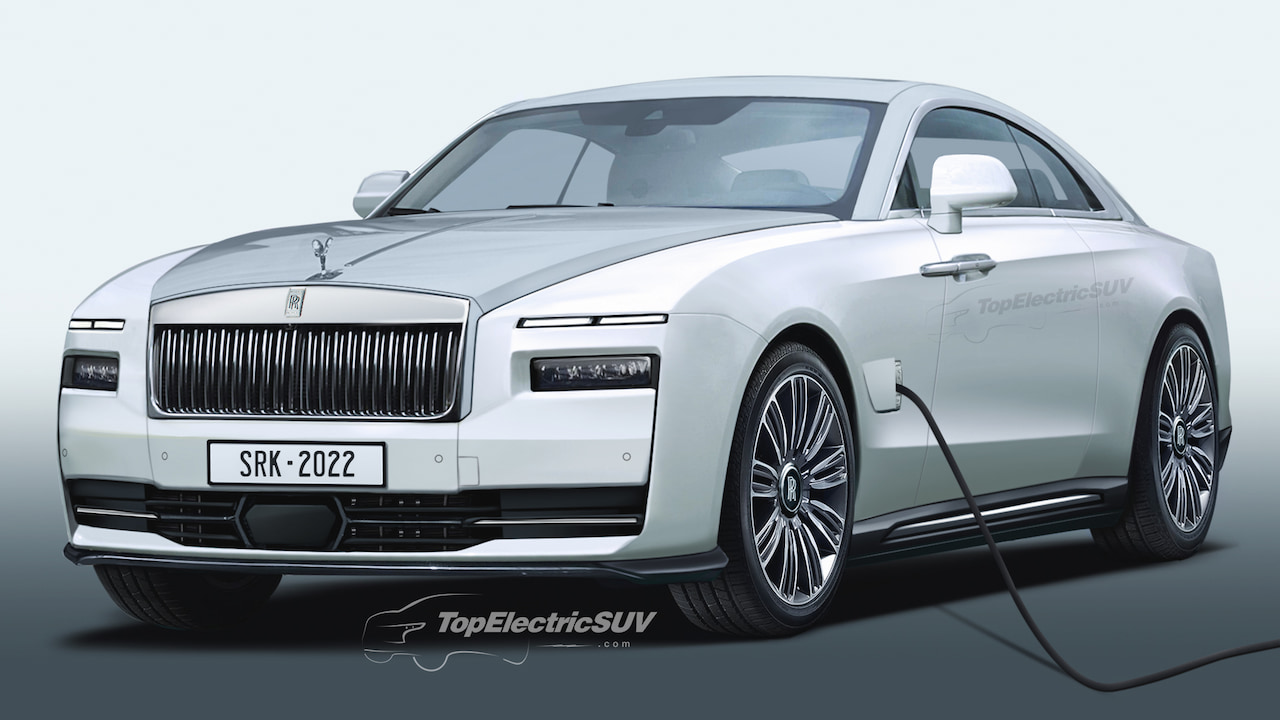 117 years after the first Rolls-Royce was developed, the iconic British brand has taken arguably the most radical step towards its future, turning to electric powertrains. In September 2021, the Rolls-Royce Spectre was officially announced, and its road testing got underway. The super luxury EV will herald a new era for the brand.

It’s not the first time that Rolls-Royce has thought of making EVs. In April 1900, Charles Rolls experimented with a car named Columbia powered by an electric motor. Even back then, it was ‘noiseless’ and ‘clean.’ About 122 years later, the technology has certainly evolved to a great extent, and Rolls-Royce, like all other brands, is ready to make the leap.

Here’s everything we know about the Rolls-Royce Spectre in September 2022:

The Rolls-Royce Spectre’s silhouette is identical to the Wraith. However, Rolls-Royce has stated that the Spectre would be the spiritual successor of the Phantom Coupe, which was sold in limited numbers between 2009 and 2016 before being discontinued. The ‘Electric Super Coupe’ is only the second Rolls-Royce after the Phantom Coupe to use the British brand’s all-aluminum spaceframe architecture (Rolls-Royce 3.0).

However, the camouflaging isn’t perfect, as the test mules reveal many details. The EV seems to retain the traditional chrome embellished grille, which may be closed off on the production version, and there’s a wide air intake lower down on the front bumper to channel air towards the battery. There are rectangular LED headlamps, along with a signature elongated bonnet.

We wonder how Rolls-Royce will use the space under the hood. EVs have fewer mechanical components than gasoline-powered cars, and the lack of an engine also allows a cab-forward stance with reduced bonnet size and improved aerodynamics. Speaking of aero, the Spectre will be the most aerodynamic Rolls-Royce to date, with a drag coefficient of 0.25 Cd. It will have the longest doors in Rolls-Royce history, measuring nearly 1.5 meters (59.1 in.).

The Spectre will be the first Rolls-Royce since 1926 to run on 23-inch wheels, which should be aero-optimized. However, the prototypes seem to be testing out 18-inch wheels, which may be provided as standard. The rear is not as dramatic, the roof flows in a typical coupe-like fashion, and with no exhaust pipes to fit, there seems to be some aero-work done to the rear bumper with diffusers.

The British marque has redesigned the iconic Spirit of Ecstasy that sits atop the bonnet of Rolls-Royce cars. The figurine is lower, more dynamic, and closer in design to the original sketches made by creator Charles Sykes more than 100 years ago. The symbol is now 82.73 mm tall, down from the older figurine’s 100.01 mm height. And designers have tweaked her robe as well.

The Spirit of Ecstasy’s wings are more upswept to improve aerodynamics, and now she stands with one leg forward with her body tucked low and eyes pointed towards the road ahead. Earlier she had a less athletic stance with her feet together, knees straight and bent at the waist. The brand says the Rolls-Royce Spectre test mules have a drag coefficient of 0.26, which is the best figure for a Rolls-Royce car. The Mercedes-Benz EQS is the industry’s most aerodynamic car right now, boasting a drag coefficient of 0.20 Cd. Rolls-Royce won’t be chasing that number.

Though the Spectre is nothing like a Phantom or a Ghost, it is unlikely to have a radically different interior. Rolls-Royce and its customers prefer a traditional design, and a spy shot has indicated that the Spectre will have a retro-style, conventional interior. We note a three-spoke steering wheel with buttons and scrollers, round central AC vents and volume knob, and a dual-zone climate control panel from the Phantom being used in a test mule. This prototype had a fully digital instrument cluster and a wide central display as well, to keep up with the times.

Rolls-Royce has used extensive sound-deadening measures for pin-drop-silence inside the cabin, including using the battery for sound-deadening as its secondary function. The brand also claims a ‘low seating position’ and an ‘enveloping cabin experience.’

Expect the electric coupe to have some serious processing power as well. The brand says it’s the most connected and intelligent Rolls-Royce to date. The onboard system is capable of 141,200 sender-receiver relations, has more than 1,000 functions, and over 25,000 ‘sub-functions.’

Rolls-Royce says its engineers have enabled a free and direct exchange of information between the 1,000 functions with no centralized computing. The brand says the EV’s unique architecture has allowed 7 km of cabling compared to the 2 km used on present Rolls-Royce cars. Developers have written over 25 times more algorithms to integrate the systems and offer new features—hinting at how futuristic the EV might be.

The Rolls-Royce Spectre uses an all-aluminum spaceframe architecture christened Rolls-Royce 3.0, which integrates an electric powertrain and high processing power. This may be an evolved version of Rolls-Royce 2.0, also an aluminum spaceframe architecture used on current models like the Phantom, Cullinan, and the Ghost. The brand says the platform has simplified processes, and the Spectre would ‘pivot’ into digital space. The Spectre will measure nearly 4.0 meters or 157.5 inches in length.

There’s no official word on the powertrain yet. However, it’s easy to guess that Rolls-Royce may use the BMW Group’s most powerful electric motors and the largest available battery pack. The Rolls-Royce Spectre may use a dual-motor AWD set-up with about 600 hp. It could have the BMW i7‘s 101.7 kWh (net) battery with an estimated range of 500-600 km. The company says that the battery pack will be integrated into the car’s aluminum space frame architecture. As a result, the Spectre will offer a 30% improvement in rigidity over all of the brand’s existing models.

Like every Rolls-Royce currently on sale, the Spectre will offer the signature magic carpet ride. The company will use an electronic roll stabilization system that can pre-adjust some components of the car as per the upcoming road condition. This system uses data from the Flagbearer system, which reads the road surface ahead, and the sat-nav, which alerts the car before cornering.

On straight roads, the electronic roll stabilization system can automatically decouple the car’s anti-roll bars, allowing each wheel to act independently. The occupants won’t feel the rocking motion that occurs when one side of a car hits an undulation in the road. When there’s a corner ahead, the components are recoupled, the suspension dampers stiffen, and the four-wheel steering system comes into action.

This year, Rolls-Royce concluded winter testing in Arjeplog, Sweden. The test mules endured temperatures as low as -40 degrees Celsius (-40 degrees Fahrenheit). The pictures show the huge EV drifting around on snow like a lightweight hatchback—the brand may have used parent company BMW’s prowess in engineering as the winter testing of the i7 concluded in early 2022. As of March 30, 2022, the Rolls-Royce Spectre had completed 25% of its 2.5 million kilometers of testing.

Rolls-Royce then took the Spectre to the French Riviera, the company said in an announcement on July 28, 2022. This region and its roads offer the perfect combination of the conditions that most Spectre customers will demand. The company will conduct 25% (625,000 km of the total global testing (2.5 million km) on and around the French Côte d’Azur. Approximately 40% of the vehicle development was complete in July.

BMW Group confirmed in its H2 2022 sales report that the Rolls-Royce Spectre will break cover in 2023 and go on sale in Q4 2023. In the same document, the company says that it plans to stop producing all gas-powered Rolls-Royce models by 2030. Expect the Spectre to be priced at around USD 350,000 in the U.S. market.

The Spectre, though battery-powered, will be a true Rolls-Royce, and should draw customers for its clean habits, emitting no smells or noises! Stately design, magic carpet ride, exquisite materials, and everything else that clients typically expect from a Rolls-Royce will be present, perhaps even to a far greater degree than on the gasoline-powered models. 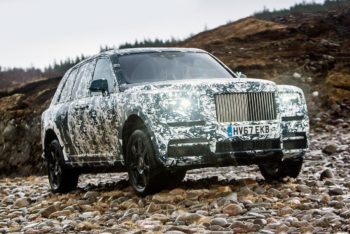 The Cullinan EV could be seen towards the end of this decade with a new platform retaining the waftability the brand is known for.