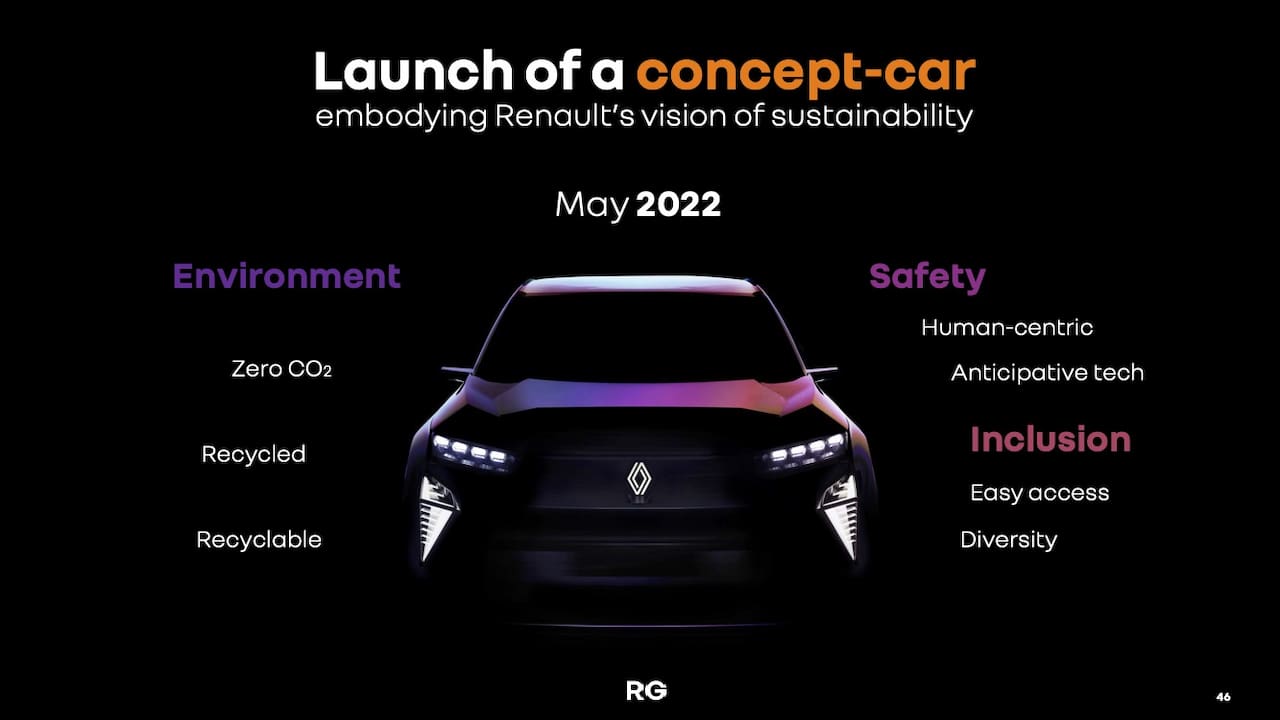 Passenger MPVs are a dying breed in many markets, and the reason behind their diminishing popularity is SUVs. Renault Group is responding to the changing customer preference and is in the middle of an SUV onslaught. An important part of its cadence will be the launch of a Renault Scenic SUV, which, unlike its MPV predecessor, will be a pure electric model.

Announcing Renault Group’s 2021 financial results on 18 February 2022, Luca de Meo, its CEO, confirmed that a fifth-gen Scenic is in development. However, he said that the redesigned model will be an SUV, not an MPV, and confirmed that the next-gen Scenic will be a pure electric model.

Talking about the order of launches based on a particular dedicated EV platform, which we will get into later, de Meo said that the Renault Scenic EV will arrive after the Renault Megane E-Tech Electric that debuted in 2021. The relevant presentation slide running in the background revealed its SUV silhouette.

The Renault Scenic SUV will likely be an EV inspired by a concept that will be a further evolution of the Renault Morphoz. Towards the end of the conference of Renault Group’s 2021 financial results, de Meo teased a new zero-emission SUV concept that looked clearly derived from the Morphoz due to similar design and dimensions. The CEO revealed that this model will debut in May 2022 and that it will be a preview of the next-gen Scenic.

This product will announce a future product, because when at Renault when we do concept we want to turn that into real cars. It will be presented in a big event in May and I want to give you just a hint that you know a new car is coming. And you might probably imagine which one.

An interesting detail that Gilles Le Borgne, EVP – Engineering, Renault, has indirectly confirmed is that the Renault Scenic Electric will be a five-seater. When Auto Express asked if the platform can spawn a seven-seater, he said that there’s no plan to launch a three-row model.

The Scenic SUV should feature Level 3-capable autonomous driving tech, among other futuristic features making it an archetype of the next-generation Renault SUV. We’ll get a fair idea of its interior design from the upcoming concept in May 2022, which itself could build on the Morphoz and the Megane E-Tech Electric. Renault’s OpenR single-screen that merges a 12.3-inch digital instrument cluster and a 12.3-inch central console multimedia screen in an upside-down ‘L’ formation may reappear in the electric Scenic.

The Renault Scenic electric SUV will ride on the CMF-EV platform, which Renault Group has developed exclusively for EVs. A report from L’argus says that the future model is internally called Renault HCB. Initially, the project was to spawn a bigger model (codename: Renault HCC), but now, the relatively compact car is the priority. It should measure around 4.5 metres in length and the competition is well-defined: VW ID.4, Nissan Ariya, and Skoda Enyaq iV. According to a report from Auto Express, it’s possible to stretch the length up to 4.7 metres.

The top-end variant may give buyers an AWD option that adds a second motor for the rear wheels. In the 87 kWh RWD configuration, the Scenic SUV could offer a range of around 500 km (311 miles). Alternatively, Renault Group might not offer a dual-motor AWD configuration and push potential customers to go for the Alpine GT X-Over. The Alpine SUV should also be a C-segmenter but with sportier styling, more grip, better acceleration, and possibly a higher top speed of 200 km/h (125 mph).

Renault Group is capping the speed limit of all Renault and Dacia models to 180 km/h (112 mph), and so, like the Megane E-Tech Electric, the HCB may not be the fastest car on the Autobahn.

Expect the Scenic EV’s maximum charging power to be at least 150 kW, as that could be the minimum customer expectation in its segment when it goes on sale. As a result, the new electric SUV may recover a range of up to 300 km (186 miles) in under half an hour.

The CMF-EV is Renault-Nissan-Mitsubishi Alliance’s first dedicated EV platform, and it debuted in the Ariya. A large wheelbase that provides ample space, a low steering ratio for quick and easy manoeuvres, and a low centre of gravity and ideal weight distribution that should lead to superb driving dynamics are some of the merits of the CMF-EV platform, as per Renault Group. We already know from the Ariya that the wheelbase can stretch up to 2.8 metres (2,780 mm).

Laurence Excoffon, Alliance Platforms Leader, Renault Group, says that Renault’s smart packaging of the CMF-EV platform improves roominess and trunk volume. The platform provides great ergonomics with comfortable seating and good rear legroom. All the powertrain elements are at the front of the EV. So, no cables are crossing from the rear to the front, improving space and reducing weight. The HVAC is also at the front (in the engine bay), creating a thinner dashboard and freeing up more space in the cabin.

The CMF-EV platform offer range of up to 580 km in WLTP with a very low energy consumption. We can offer this function thanks to a reduction of friction from braking, bearing, entire rolling resistance, a weight reduction – we achieve about 100 kg less than the closest competitor – and a specific energy management, so-called Energy Recovery System.

The battery-powered Renault Scenic SUV will likely go on sale in 2024. In a few years from then, a hydrogen variant could follow. That’s what de Meo hinted when he showed the teaser of the upcoming concept. Below is what he said:

This product (concept) will announce a future product, because when at Renault when we do concept we want to turn that into real cars. It will be presented in a big event in May and I want to give you just a hint that you know a new car is coming. And you might probably imagine which one. Of course, it will be electric, maybe hydrogen, maybe other things that we have included in this fantastic car.

By 2025, Renault Group will launch 10 new all-electric vehicles, de Meo confirmed at the Renault Group 2021 Financial Results conference. The launches include the Megane E-Tech, the SUV detailed in this article, the Renault 5, the Renault 4 and its cargo version, and three Alpine models.

What is the Renault Scenic Electric release date?

The Renault Scenic EV will likely go on sale in 2024.

What will be the Renault Scenic Electric price?

The Renault Scenic SUV could cost around EUR 40,000 onwards.

Which models will be the Renault Scenic SUV’s rivals?

The Renault Scenic SUV will likely compete with the VW ID.4, Nissan Ariya and the Skoda Enyaq iV. 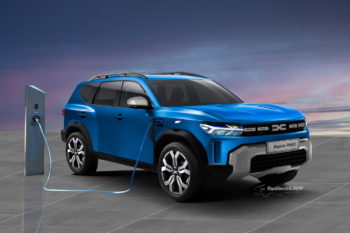 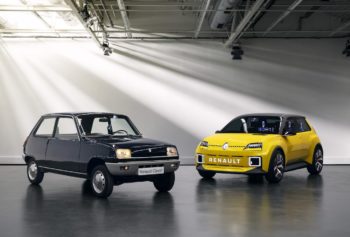