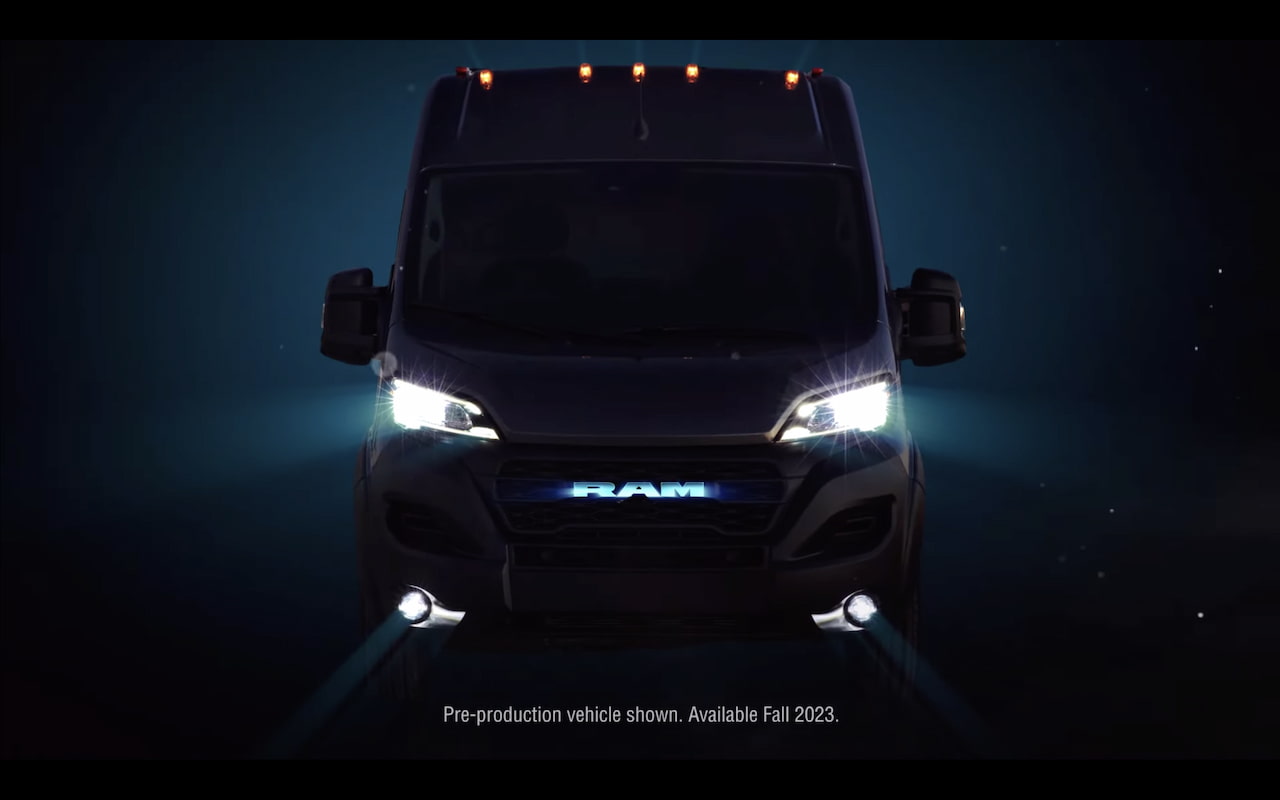 When Stellantis gave the Ram ProMaster its MY2022 update in the U.S and Canada in 2021, it subtly revealed that it plans to launch a Ram ProMaster EV in these North American markets in 2023.

Stellantis hasn’t revealed the technical details of the Ram ProMaster EV yet. What’s certain is that the company will target customers considering the Ford E-Transit, the Rivian EDV 700 van, and the Brightdrop Zevo 600.

The gas-powered Ram ProMaster is basically North America’s Fiat Ducato. Similarly, the Ram ProMaster EV should be technically related to the Fiat E-Ducato, the Ducato’s pure electric variant that debuted in April 2021 for the European region and is now on sale.

Similar looks to the gas-powered van

The Ram ProMaster EV does not feature a significant design shift from the combustion variant, which has just received a facelift. The gas-powered 2023 ProMaster comes with LED headlights that provide 50% more range, a sleeker hood, a new radiator grille, side air inlets, and a front bumper. The electric van will download the same updates.

The official teaser images of the Ram Promaster EV indicate that the blue tinge on the Ram logo is probably only a lighting effect. The design is nearly identical to the ICE 2023 ProMaster, and perhaps the only visible difference in the teaser is a slightly different frame for the lower portion of the grille. One of the teasers shows the electric van based on the Super High Roof version. The electric van features LED headlamps, LED fog lamps, chrome garnish in the fog lamp housing, and steel wheels.

According to a report from MoparInsiders.com, the ProMaster EV could be available with a passenger-side delivery door as an option. Checking this option would make the ProMaster EV a proper delivery van that provides the driver easy ingress and egress during delivery without the need to slide open the doors and store more cargo in the back.

The ProMaster 1500 Electric was spotted testing in Europe again after initial images of the test mules emerged late in 2021. The Facebook user Gabetz Spy Unit posted multiple pictures of the test mules, whose fascia was covered in black camouflaging to hide the details. A “Ram 1500 ProMaster” badge was also seen above the front right fender. Moreover, the electric van was parked next to the Fiat e-Ducato, the ProMaster 1500 Electric’s technical cousin.

Fiat’s all-electric van comes in two battery pack options, one comprising three modules with 47 kWh energy content and one consisting of five modules with 79 kWh energy content. Organized in parallel, the modules of both 47 and 79 kWh battery packs pose no issue in case one of them fails. The other modules automatically pick up the slack and make up for the loss. Stellantis calls this feature, which it claims to be an industry-first, ‘Recovery Mode.’

All Ducato electric configurations have a single motor generating 90 kW (121 hp) of power and 280 Nm (207 Lb.-Ft.) of torque. The maximum speed (limited) is 100 km/h or 62 mph. Customers can charge the Fiat E-Ducato with alternating current up to 22 kW and direct current up to 50 kW.

In addition to the typical Normal, Eco, and Power drive modes, the E-Ducato offers Turtle and Recovery drive modes. The Turtle mode is similar to a smartphone’s low-battery/battery-saver mode. When the battery level is low, it automatically activates and limits the vehicle performance so that the final 8-10% charge lasts longer. In the Recovery mode, if one of the battery modules malfunctions, the others take its place to ensure that the current trip doesn’t face interruptions.

As with the gas-powered model, Mopar will likely offer more than 100 parts and accessories for the Ram ProMaster EV. Customers should be able to order them at the local Ram dealership or local Mopar Custom shop and also through the Mopar e-Store. In addition to passenger-side step, paint-protection film, cargo lighting, cargo-load floor, cargo compartment floor mat, cargo lighting, D-pillar grab handles, and more items shared with the gas-powered ProMaster, Mopar may offer some EV-specific equipment, like Ram-branded Level 1 and Level 2 chargers, for instance.

Stellantis will likely fully reveal the Ram ProMaster Electric in November 2022. On July 28, 2022, during its H1 2022 results conference call, CEO Carlos Tavares announced the ‘Ram Revolution’ event in November. He said that we will be able to see a Ram electric truck, most likely a concept version of the Ram 1500 BEV, at this engagement. The same event should host the premiere of the electric van before its market launch in 2023.

Production of the Ram ProMaster EV should take place alongside the thermal engine variant at Stellantis’ Saltillo Van Assembly Plant in Coahuila, Mexico. The company is looking at renovating this factory to prepare it for hybrid and electric vehicles, Bloomberg said in a report on August 12, 2022.

An agreement between Stellantis and Amazon revealed on January 5, 2022, the Ram ProMaster battery electric vehicle (BEV) will be delivered to Amazon as its first commercial customer once it is launched in 2023. Amazon is in the process of transforming its sustainable last-mile delivery process to achieve its target of net-zero carbon by 2040 in support of The Climate Pledge. Stellantis has designed the vehicle taking input from Amazon to include last-mile delivery features. This long-term agreement between the two companies will put thousands of ProMaster BEVs on the road every year in the United States.

Earlier this year, we announced Amazon will be our first commercial customer for the Ram ProMaster BEV, coming in 2023. With input from Amazon, we designed the vehicle with unique last-mile delivery features. Together, we are bringing thousands of electric vans every year to support a more sustainable delivery network.

Stellantis has supplied tens of thousands of light commercial vehicles (LCVs) to Amazon since 2018 in North America and Europe, including Ram ProMaster, Fiat Ducato, and Peugeot and Citroen LCVs.

During Stellantis’ H1 2022 results conference call, Tavares revealed that a Ram Promaster hydrogen variant is in the works and that it will be available in the U.S. and European countries. We’ll probably get more details about it at the Ram Revolution event in November 2022.

We will introduce from next year, as you know well, the ProMaster EV version that we will sell to very important customers like Amazon. And we are preparing right now for the world the fuel cell version of this ProMaster EV both for the U.S. and for Europe.

Previously, at the conference held in early March 2022 to reveal Stellantis’ long-term strategic plan (Dare Forward 2030), Tavares had said that the company is “a front-runner in the hydrogen race.” Hydrogen fuel cell technology particularly suits the needs of CV customers who require long-range, fast refueling and zero emissions without compromising payload capacity.

In 2024, we plan to increase our mid-van production capacity and extend our hydrogen offer to large vans in Europe. And in 2025, we’ll start extending our large van offer to U.S. customers while further exploring opportunities for heavy-duty trucks.

The Ram ProMaster EV may not seem a groundbreaking product compared to its rivals from Rivian and BrightDrop, but as the first Ram EV, it marks a significant milestone for the brand. Plus, with a simple design and Mexican production, it could beat the American vans in pricing. Though the demand for the conventional ProMaster is increasing, many American fleet operators are showing a strong interest in switching to EVs. The all-electric ProMaster arrives just in time to bank on its donor model’s rising popularity and the spurt in EV adoption.

What is the Ram ProMaster EV release date?

The Ram ProMaster EV will arrive in the U.S. and Canada in 2023.

What will be the Ram ProMaster EV range?

Which electric vans will compete with the ProMaster EV?

The ProMaster Electric will compete with the Ford E-Transit, the BrightDrop Zevo 600, and the Rivian EDV 700. 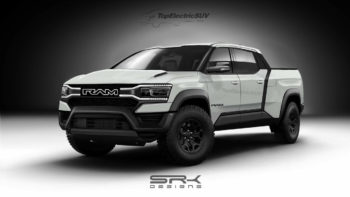