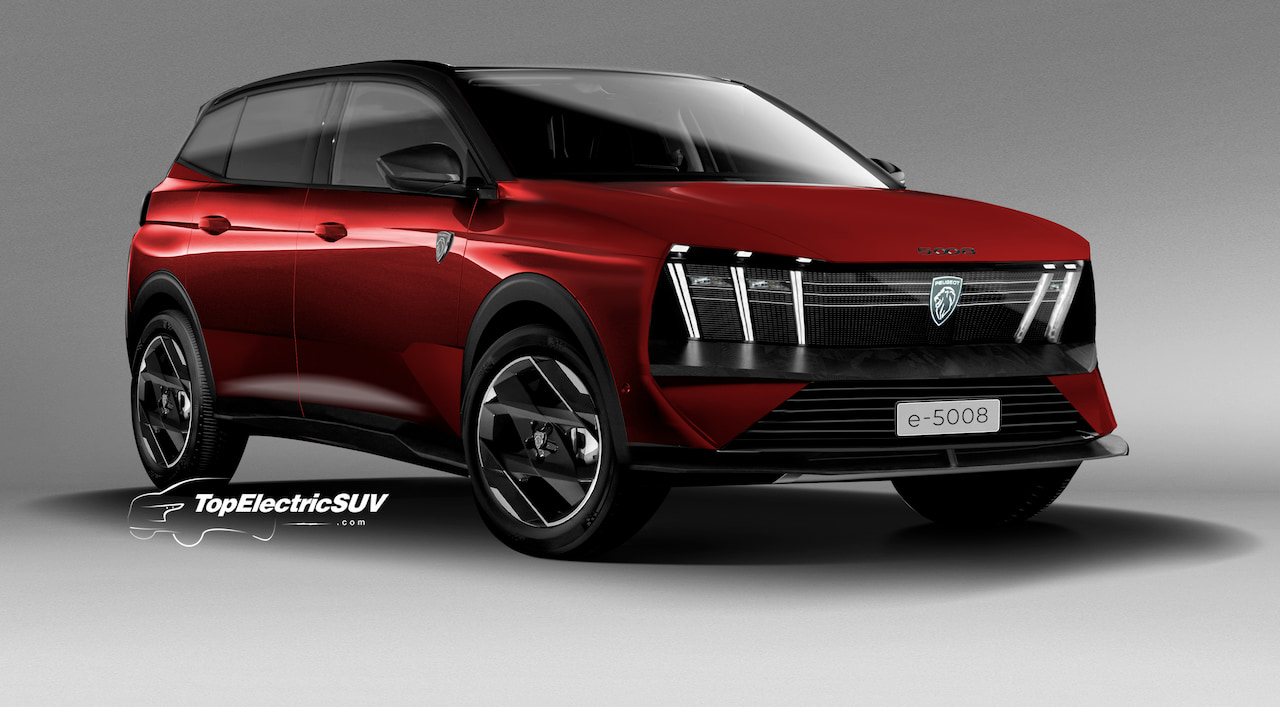 The Peugeot 5008, the French carmaker’s flagship SUV, presently stands out in the Peugeot range as the only SUV model sold sans a hybrid powertrain. However, with the upcoming third-generation 5008, the French automaker hopes to not only address the issue but also introduce a Peugeot E-5008.

Peugeot’s former design chief Gilles Vidal (now design director at Renault) had told AutoExpress in 2020 that the third generation 5008 will prioritize practicality, moving towards a squarish design that will still look “amazing.” Because the 5008 is also sold in China, where rear-seat legroom is prioritized, the five-seat variant’s rear seats may be moved back to optimize legroom, even if it compromises boot space.

Vidal hinted that Peugeot would design a more practical 5008 in the next generation while retaining the visual appeal. The electric model’s interior should have hints of the Peugeot Inception Concept from CES 2023. Peugeot has said that it will start using the new design language seen in the Inception Concept in production models beginning in 2025.

The E-5008 should feature a new dashboard design. We expect it to be a sleek panel that has sharp lines and discreetly integrates compact AC vents and new design switches. The electric SUV may have a flat floor and plenty of storage space in the center console.

The E-5008 will likely feature a new-generation i-Cockpit that’s more driver-focused, less obstructive, and includes the STLA Smart Cockpit technology platform. It should consist of a new instrument cluster, an infotainment system with a tablet-type touchscreen, and a rectangular steering wheel.

The Peugeot e-5008 will be built on the STLA Medium (formerly eVMP platform), which will debut in the Peugeot E-3008. Products based on the STLA Medium will have a range of up to 440 miles (700 km) and battery capacities ranging from 87 kWh to 104 kWh, which will be extended to other brands in the group, from the premium DS and successors to Alfa Romeo’s Giulia and Stelvio.

Peugeot may use a dual-motor AWD drivetrain for its top-of-the-line GT range of the E-5008. The 5008 GT relies on visual distinguishers (GT emblems, black roof, chrome trims, and twin exhaust effect, and larger alloy wheels) to stand out. The entry-level E-5008 variants are likely to come with a single-motor set-up with around 125 kW, and the most range-focused configuration could offer around 350 miles (563 km) on a single charge in the WLTP cycle.

As Stellantis intends to develop a common microprocessor and inverter for all STLA platforms (STLA Small, Medium, and Large), capable of running at 400V and 800V and delivering up to 350 kW of charging speeds, the E-5008 AWD should be able to compete with rivals from South Korea and China at the charging station.

According to a report on Largus.fr from January 2022, the next-generation 5008 is codenamed Peugeot P74 and is expected to be available in five- and seven-seat configurations. As per the report, Stellantis will ensure that the P74 5008 has at least two hybrid options, in sync with its plans of offering an EV and a hybrid variant. The hybrid ensures that climate-conscious customers skeptical about pure electrics have an alternative drivetrain option to choose from.

The PHEV will likely be a 1.6-liter variant, while Peugeot will position a 5008 mild-hybrid with a 1.2-liter PureTech engine in a lower price segment. Peugeot is likely to pull the plug on the 5008 with the diesel engine in the future.

The E-3008 will be the first car launched with the new state of the art STLA Medium platform, E-5008 following shortly after.

The next-generation 3008 and 5008 will be manufactured at the Stellantis Sochaux plant in France. The company is investing EUR 200 million (USD 217 million) in updating the manufacturing line in preparation for STLA Medium vehicles.

The Peugeot E-5008 should be among Europe’s first electric three-row SUV models built for the masses. We expect it to be significantly better in terms of space, performance, safety, and eco-friendliness than today’s 5008. It could be suitable for families and also customers who desire added cargo space.

What is the Peugeot E-5008 release date?

The Peugeot E-5008 should go on sale in Europe next year.

Which models will compete with the Peugeot E-5008?

Featured image: TopElectricSUV’s rendering of the E-5008 based on the Inception Concept. 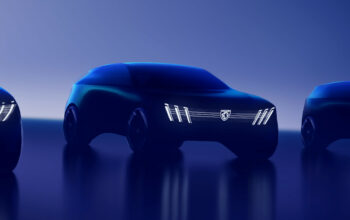 The Lion brand is working on a new compact electric SUV.