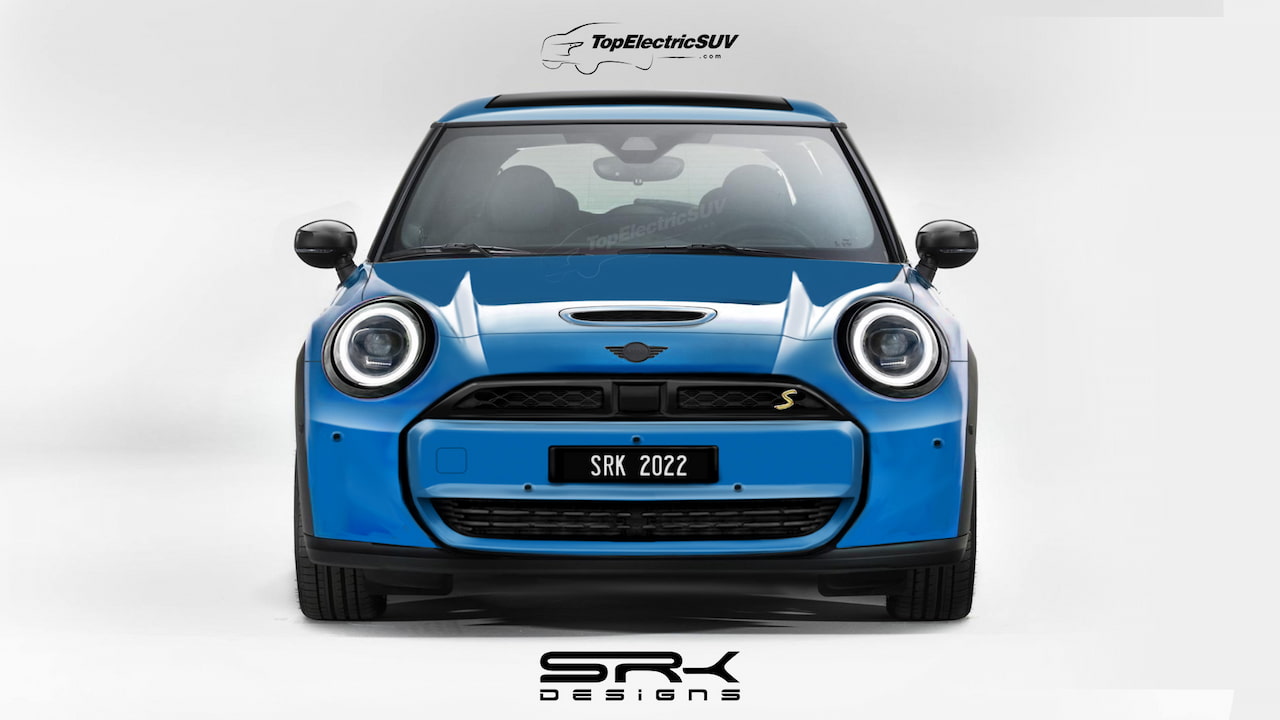 The iconic MINI Hatch will enter its fifth generation for MY2024 in 2023. Preparations for the lifecycle makeover are on, with MINI having revealed the first details and allowing select journalists to travel in the prototypes. The line-up will include a 2024 MINI Electric (2024 MINI Cooper SE), the second generation of the MINI Cooper Electric.

The next-gen MINI Electric (codename: MINI J01), like its predecessor that’s currently on sale in the U.S., is sticking with the 2-door hatchback format. MINI has released pictures and videos of a camouflaged prototype, and the spy shots hint that the car has received a few revisions from previous iterations, one of which was leaked from China.

The 2024 MINI Electric will maintain its much-loved charm, as well as the street-friendly dimensions. Key changes at the front will include newly designed circular headlamps, a new octagonal grille, and a newly designed hood that has sharp crease lines. The hood scoop on the current model is simply for aesthetic purposes, and the next-gen model will likely include the same for a similar effect. The windscreen seems to have been brought forward for improved aerodynamics which should positively impact range. This could also increase the sense of spaciousness, which particularly matters in a car of such a footprint.

According to an Autocar report dated July 14, 2022, the next-gen MINI Cooper SE will be devoid of some design cues from classic MINI models. It will be the first MINI without the clamshell hood since the BMW Group revived the brand in 2001.

A source aware of next-gen MINI Electric developments has told the British publication that manufacturing the large hood pressing was expensive which includes thick chrome rings around the headlights. To simplify production, MINI has decided against use the clamshell hood, which also means it can avoid the chrome garnish around the headlamps. Chrome usage will be reduced to almost zero in the next-generation models as part of the company’s sustainability efforts.

The side profile of the 2024 MINI Electric looks more or less the same. However, the dimensions will be quite different. As a bespoke EV, which isn’t the case with the current model, it will have a longer wheelbase and a shorter front overhang. According to a report from Autocar, the wheelbase will be around 40 mm/1.6 in. longer (current model: 2,495 mm/98.2 in.), and the track width will also be increased, as reflected in our render.

From 2024, BMW Group plans to only use sustainably produced aluminum wheels in all MINI (and BMW) models. Producing these wheels with 100% green energy will save up to 500,000 tonnes of CO2 per year. BMW Group started sourcing aluminum made only using electricity produced with solar energy from Dubai (UAE) in 2021. The company processes this aluminum in the light metal foundry at its Landshut plant, Germany.

The all-new electric MINI’s rear-end will make it instantly recognizable from a distance, thanks to newly designed tail lamps that will be slimmer and almost triangular. A thick trim strip will run across the width of the tailgate and connect the tail lamps. There could be an LED backlight behind this strip, although there’s no supporting evidence for that speculation at the moment.

MINI is also developing a convertible version that is all-electric. The company unveiled a one-off Cooper SE Convertible on July 14, 2022, an offshoot of the current Cooper SE, packing the same drive components. The series production version, arriving in 2025, would be a derivative of the next-gen Cooper SE sporting the new design language and powertrain. The one-off model was created to gauge the demand for electric convertibles.

The development of a successor to the only open-top four-seater in the premium small car segment is a done deal. The new model is scheduled to be unveiled in 2025.

Gleaning from the spy shots that hit the web in 2021 (via Twitter), the interior of the next-gen MINI Cooper Electric will have a layout that is familiar to MINI owners — but with some big design changes. MINI designers have adopted a minimalistic approach and gave the car a sleek, clean, and upmarket feel. This will particularly benefit tech-savvy customers, as we expect more controls to go digital. A spy picture has revealed slim, horizontal central AC vents below a compact control panel with retro-style switches likely for temperature and audio controls, a wide heads-up display, and a huge, floating touchscreen in the shape of a makeup mirror.

Underpinning the next-gen MINI Cooper Electric will be a dedicated EV platform co-developed with China’s Great Wall Motor. Thanks to the bespoke platform, it is likely to offer more interior space in a smaller exterior compared to the current model. Thomas Geiger of YouTube channel ThomasGeigerCar rode shotgun in a prototype where he said that the car feels bigger from the inside. The motor will be smaller, while the wheelbase, as stated in the previous section, is longer, all of which contribute to space efficiency.

According to a report Express released on September 4, 2022, Dr. Thomas Becker, Vice President – Sustainability and Mobility Strategy, BMW Group, suggests that the company is not worried about the short range of MINI EVs. He says that many MINI customers reside in urban and suburban locations and don’t necessarily travel thousands of kilometers. They use their MINIs for commuting. Moreover, there’s a strong possibility that these customers already have a longer-range model as their primary vehicle for traveling long distances.

The 40 kWh battery pack may provide a range of around 185 miles, while the ~50 kWh battery pack will likely allow traveling up to almost 250 miles on a full charge. The EPA-est. range should be lesser, though. MINI might not offer the base variant stateside because of the low range. Both variants may have a single motor powering the front wheels, with the power output tuned around 181 hp for the base variant and around 221 hp for the top-end variant.

Geiger said that the electronically limited top speed of the next-gen electric MINI will be higher than that of the current model, which tops out at 150 km/h (93 mph). We expect the redesigned model to do about 180 km/h (112 mph).

MINI engineer Klaus Bramer has told Auto Express that the redesigned MINI Electric has a lower center of gravity, and so, it’s possible to make the car more agile and playful. The new MINI is lighter, too, which can only make things better on the street. The high-output, long-range variant, which will likely be the one heading to the U.S., will have a sportier set-up. According to the report from Autocar, the all-new model will have a slightly rear-biased weight distribution.

The suspension system will be the same, a combination of MacPherson struts (front) and a multi-link system (rear). During its prototype drive, Autocar felt less bounciness, and drivers would much appreciate its settledness. Bramer told the British publication that the electric power steering will also offer more feeling in the next-gen model.

The all-new traction control should contribute to improved handling. The traction control system will integrate a new motor controller, and with the two components closer, the functioning will be faster and active rather than passive, reducing understeer and torque steer. At least in the prototype, it was felt that the new setup provided more traction than the current gas-powered MINI Hatch which was brought for comparison.

Production of the next-gen MINI Cooper Electric will take place at a new Chinese plant of Spotlight Automotive Limited, a joint venture between BMW Group and Great Wall Motor. Located in Zhangjiagang, Jiangsu Province, this factory will have an annual production capacity of 160,000 units.

The next-gen electric MINI is approximately a year away from entering production (September 2023), as per the Autocar report filed on March 22, 2022. The next-gen MINI 4-door and next-gen MINI Convertible will roll out of the BMW Group Plant Oxford. The latter is confirmed to receive an electric drive.

The new MINI Cooper Electric will start arriving at dealers in 2024. The U.S. launch should follow closely after Europe. Like the current hatch, the next-gen model should be one of the cheapest electric car models in the U.S. market.

Handelsblatt published a report on June 11, 2022, claiming that MINI U.S. dealers received a secret preview of the next-gen model in May 2022. The report suggests that they were so impressed with the product that they were willing to pay the import duty that would be levied on it due to its Chinese origin. In its internal discussions, the company is likely concerned about the complicated trade and geopolitical factors between the two countries. However, this may be the only way to keep the MINI Cooper Electric in dealer showrooms through to its second generation, as production at BMW’s Oxford plant is set to cease.

With a more spacious interior, a punchier powertrain and a competitive price tag, the next-generation MINI Electric will be truer to the brand’s roots than the current model. While most EV customers in the States prefer bigger cars, mostly SUVs, the three-door hatch is a novelty that is sure to stand out. The all-new Cooper SE Electric will be based on a dedicated EV platform, ensuring significantly more efficient performance and packaging. This next-generation model will build on the success of the current Cooper SE while addressing its primary drawback – limited range.

What is the 2024 MINI Electric release date?

The next-gen MINI Electric should go on sale in 2024 in the United States.

What will be the 2024 MINI Electric price?

The new MINI Electric’s prices could start at slightly above USD 30,000.

Which models will be the 2024 MINI Electric rivals? 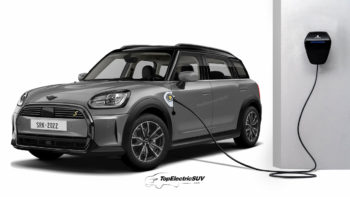 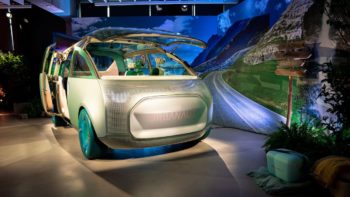