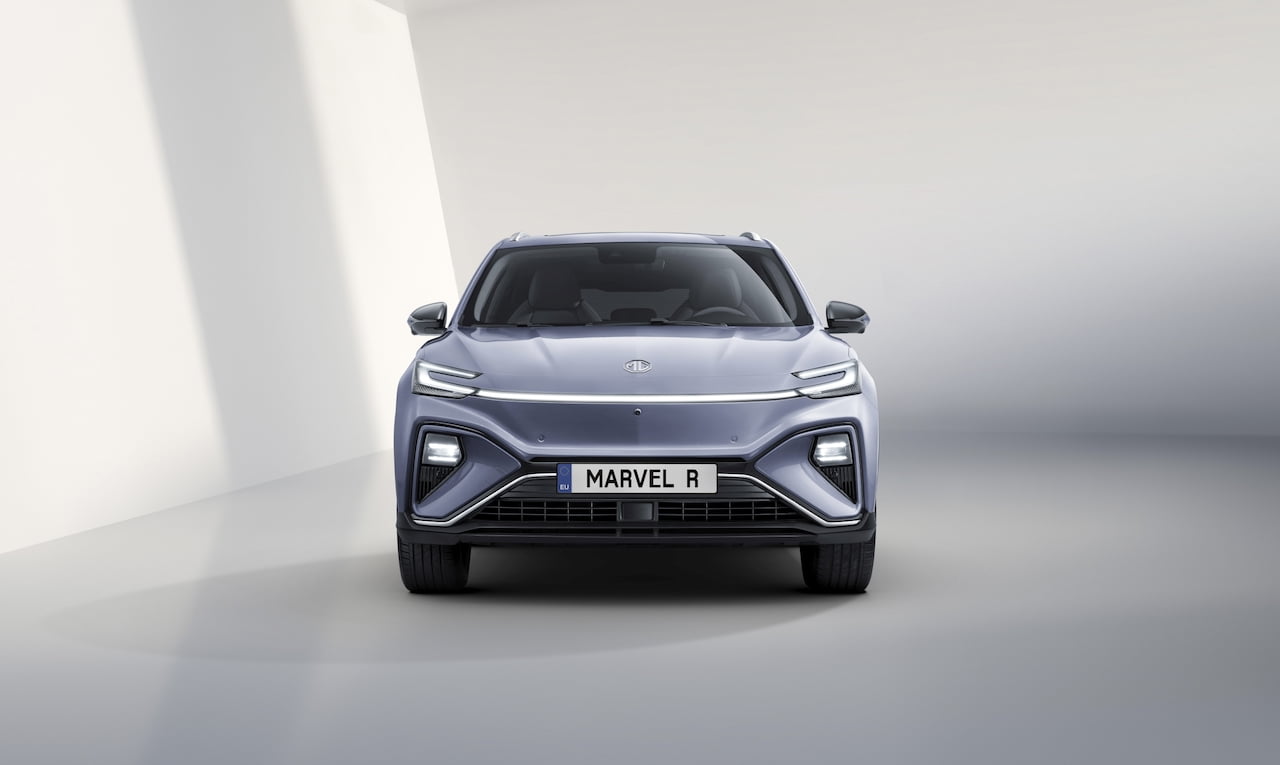 In March, SAIC’s MG brand announced the MG Marvel R Electric and MG 5 Electric as its new generation BEVs in Norway and other European markets. The company is likely to launch or update them with its new logo revealed in China in April.

Companies are revising logos to communicate the shift to the era of digital, electric and connected cars. In 2019, it was Volkswagen, and then in 2020, it was BMW and Nissan. Kia and GM revamped their logo in January, and now, it’s MG following suit. MG has taken a similar approach with a flat new logo that gives a minimalist impression, although changes are subtler than by the aforementioned automakers. The 2021 MG logo is in black instead of silver, flat instead of 3D, and overall slimmer.

The MG Marvel R Electric features a smooth, minimalistic design for elegance. The interior design doesn’t match the elegance of the Enyaq, though, as it aims to look techy with large displays. The cargo volume is 357 liters (12.6 cu ft), but it can be expanded to 1,396 liters (49.3 cu ft). Moreover, the two-wheel drive version offers a front trunk or frunk with 150 liters (5.3 cu ft) of additional cargo volume.

MG will offer the Marvel R Electric in rear-wheel drive and all-wheel drive configurations. Both Marvel R RWD and Marvel R AWD will have two motors at the rear, but the latter will pack an additional motor at the front. The tri-motor configuration will offer 212 kW (284 hp) of net power and 665 Nm (490 lb.-ft.) of total torque. These figures translate to performance capabilities like a 0-62 mph acceleration time of 4.9 seconds and a top speed of 200 km/h (124 mph).

MG says that the Marvel R range will be over 400 km (249 miles) in Europe’s WLTP, but it doesn’t disclose the battery pack capacity. However, the Roewe-badged model’s specifications suggest that it would have a 69.9 kWh capacity.

The MG Marvel R Electric features an 11 kW three-phase on-board charger, and it can be charged with a DC fast-charger to 80% SoC in 30 minutes. For lower energy consumption and higher range in winters, it is equipped with a heat pump. Also included is vehicle-to-load (V2L) bi-directional charging capability to power things like electronics and appliances and even charge other EVs at up to 2.5 kW.

Matt Lei, CEO, MG (Europe) & SAIC (Europe), had said at the MG Marvel R unveiling that the company would share more details of the new model in April. Now, Mike Belinfante, Senior Manager – Public Relations, MG (Europe), has told TopElectricSUV.com that the company will announce more details about the MG Marvel R launch in Europe in the middle of June. A local official has informed us that the launch could unfold in Autumn (September-November) in Norway.

We’ll update this page as information trickles in.