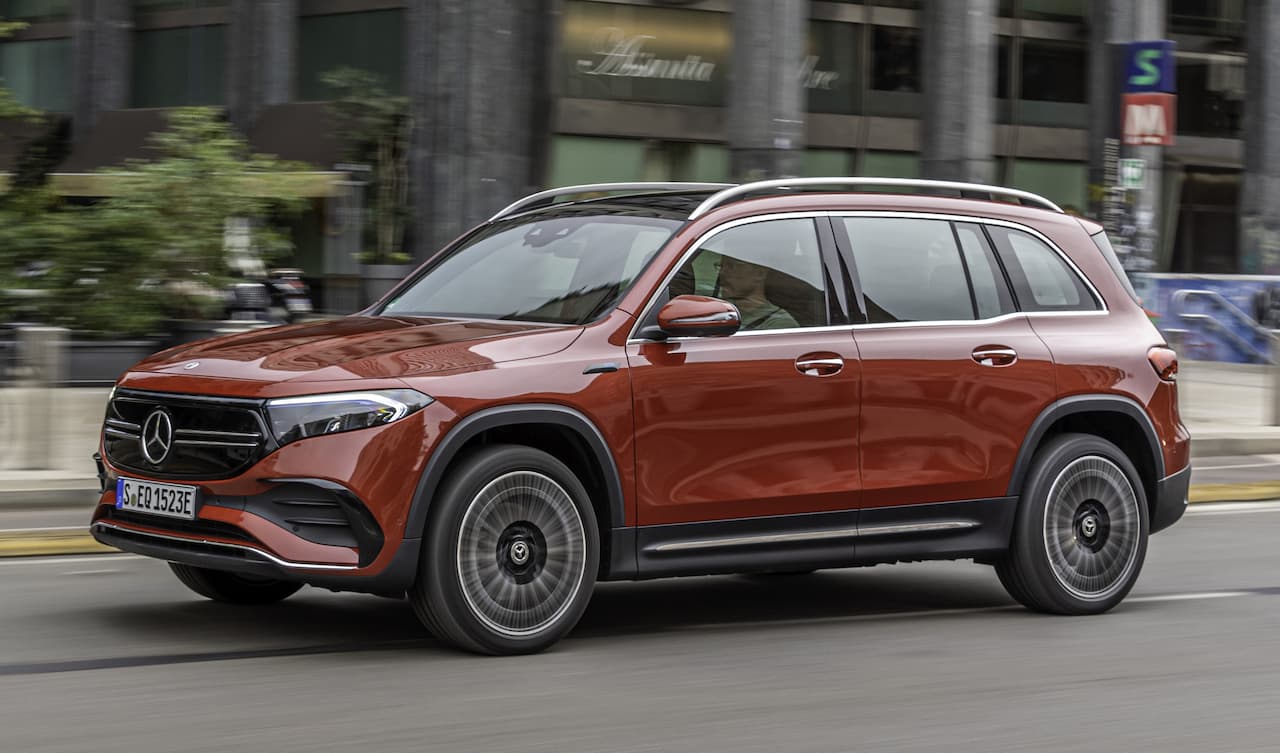 Introduced at Mercedes-EQ Night Shanghai on April 18, 2021, the Mercedes EQB is already available in China and Europe, with the former its first market worldwide. The electric compact SUV will go on sale in the U.S. in the coming weeks.

Take a look at what we know about the zero-emissions compact crossover:

The Mercedes EQB doesn’t look very different from the GLB from the sides, the donor car. However, the unique grille, split headlamp, ‘softer’ bumpers, and wheels enhance the car’s look and aerodynamics. Mercedes-Benz Group (formerly Daimler) has employed extra LED lighting set over the grille and a blue accent in the headlamps for the front’s customary distinction. The registration plate enclosure is relocated from the tailgate to a lower position for a clean appearance at the rear.

The interior of the Mercedes EQB has fewer differences, mostly related to the color coding and EQ branding. Like the GLB, the Mercedes EQB will be available in five-seat and seven-seat versions. The third-row seats suit people with a height of up to 5 ft. 4 in. and are best suited for children. The new electric SUV’s maximum cargo volume is 1,710 liters (60.4 cubic feet).

The Mercedes EQB SUV will be available in the U.S. in Exclusive and Pinnacle trims. Mercedes-Benz says both trims will include generous standard equipment. The former’s main features include KEYLESS-GO Package, wireless smartphone charger, NFC pairing, and an advanced sound system. The Pinnacle trim will include additional/better features like a panoramic sunroof, a 360-degree camera system, and a Burmester surround sound system.

The prices of the Mercedes EQB in the U.S. start at USD 55,750 and go up to USD 60,350. Mercedes-Benz levies an extra USD 1,050 destination and delivery charge over these prices.

The purchase price includes two years of Mercedes me Charge and unlimited 30-minute charging sessions at Electrify America charging stations for the first two years (from account activation) in the U.S.

Mercedes-Benz Group makes the Mercedes EQB for all the markets except for China at the Mercedes-Benz Kecskemét plant in Hungary since October 22, 2021. This factory will go carbon-neutral by using only green energy sources.

America will source its electric SUV from the Hungarian factory. A spy shot Instagram user kindelauto posted in July 2021 revealed that American road testing had already commenced, hinting that the American subsidiary has been preparing for the launch for at least a year. Mercedes-Benz Group has said that the EQB will start arriving in U.S. dealerships by summer 2022.

At the recent national dealer meeting in the U.S., Mercedes-Benz has stated that more than 300 of the brand’s 383 American dealers have invested in charging infrastructure and equipment to sell Mercedes-Benz EVs. Mercedes-Benz plans to capitalize on the wave of electric vehicle sales in the United States—it aims to sell up to 45,000 EQ-branded cars in 2023, a dealer told Automotive News. The report says that the German automaker aims to rival Tesla, but that’s unlikely to be the case in the near future, at least. Tesla sold over 300,000 electric vehicles in Q1 2022 alone, more than six times the target (mentioned by the dealer) of Mercedes-EQ cars for the whole of 2023.

In addition to the AMG-specific 4MATIC+ all-wheel drive, the all-electric AMG Mercs will boast AMG Ride Control+ chassis air suspension, an AMG-specific brake system, and a special wiring harness for their battery, adapted for higher performance. Lastly, a newly composed AMG Sound Experience will be produced with loudspeakers, a shaker, and a sound generator to give the occupants a feeling similar to gas-powered AMGs.

What is the expected Mercedes EQB range in the U.S.?

The Mercedes EQB could have an EPA-est. range of up to about 225 miles.

What will be the Mercedes EQB price & competitors?

What is the Mercedes EQB release date?

The EQB will be launched in the U.S. by summer 2022. It is now available in China and Europe.

Mercedes-Benz will offer a Tesla Model Y rival in the U.S. eventually. 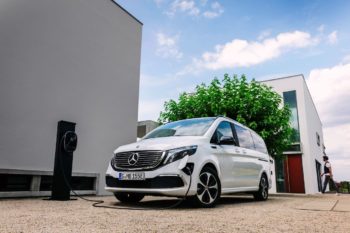 The next-gen EQV, which is still a few years away, will ride on a new dedicated EV platform called VAN.EA. 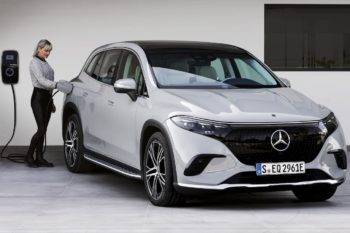