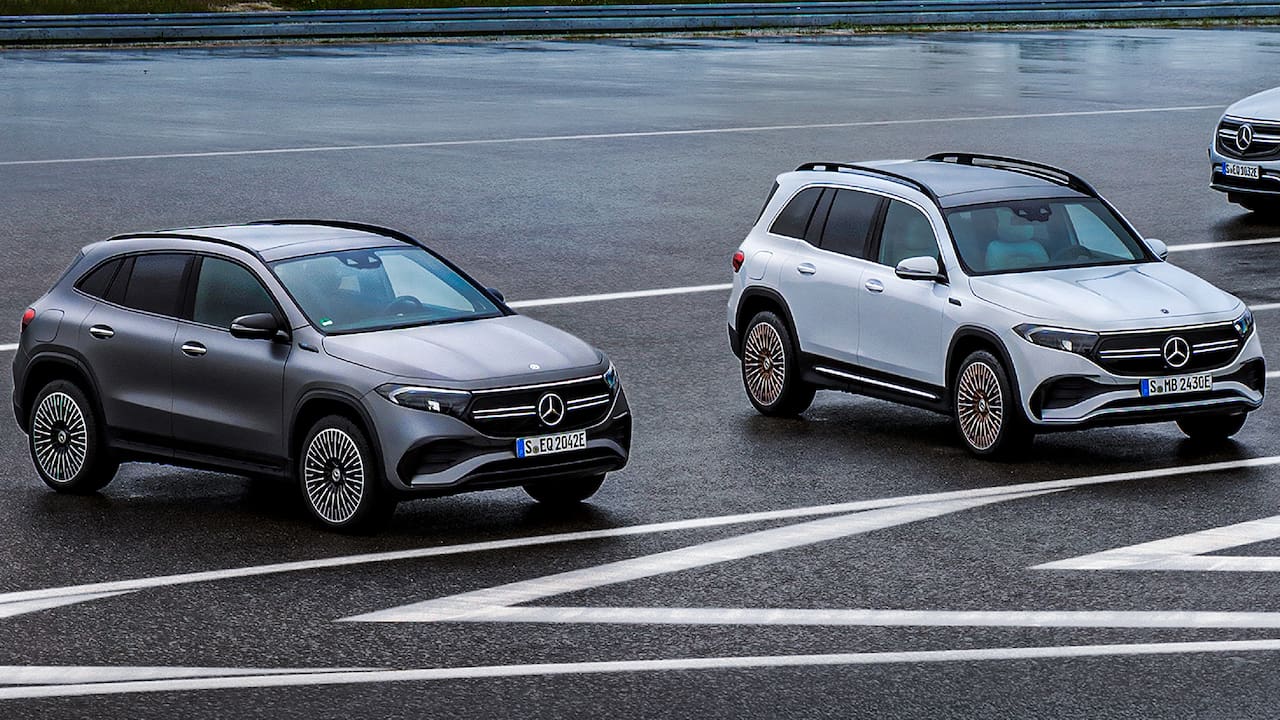 With the scarce materials in the typical lithium-ion batteries driving up costs and causing supply irregularities, like many automakers, including luxury brands, Mercedes could resort to LFP. The next-gen 2025 Mercedes EQA and Mercedes EQB could be among its models featuring the new cells.

The scarcity and the resulting rising cost and supply shortage of Cobalt and Nickel have automakers rethinking their battery strategy. Citing Goldman Sachs, a report from CNBC in March 2021 said that the cost of Nickel would increase by 60%, while Cobalt’s cost would double. Moreover, using Nickel in batteries impacts the vehicle’s safety, as it is prone to fire.

Even in upper-class new EVs, the EQS and EQE, Mercedes has limited the usage of Cobalt. In the cathodes of the batteries of both models, the Cobalt content is less than 10%. In the EQS’ case, the company says that the Cobalt content is significantly lower compared to the previous battery generation.

In the press announcement of both EQS and EQE, Mercedes said that its “aim is to be able to dispense entirely with materials such as cobalt through the use of innovative post-lithium-ion technologies.” Lithium-iron-phosphate (LiFePo) cells aren’t as good in travel range or weight as lithium-nickel-manganese-cobalt (Li-NMC), but help lower the cost of batteries while increasing their life. BMW is also considering LFP for its future entry position EV models in Europe.

The next-gen EQA and next-gen EQB are some time away from the launch, and there’s a lot in the Mercedes-Benz EQ design language that could change during this period. Nobody but Mercedes-Benz Group’s design team headed by Gorden Wagener can predict what the EQA and EQB will look like in the future!

However, we’re confident that they’d be far more aerodynamically efficient with new measures for reducing air resistance. Designers may try to lower the rear-end, reduce the overall height, and streamline the grille, mirrors, and other body parts to achieve the highest possible energy efficiency.

Mercedes-Benz Group says that a typical EV consumes approximately 66.67% of its energy just pushing its way through air. Even a reduction of 0.01 Cd leads to a significant difference in the range, of around 2.5%. For an EV delivering 400 km (249 miles) of range, it equates to an increase of 10 km (6 miles), which, although a smaller number, would be of significance when the battery pack is about to run out of charge, or considering the distance traveled by the vehicle through its lifetime.

Källenius has suggested the next-gen EQA will be bigger than the current model. In the Mercedes-Benz Group 2021 results conference call, he said that an A-Class model will debut the MMA platform. Interestingly, the Swede also confirmed that not a single car based on the MMA platform will be shorter than 4 meters 50 centimeters (177.2 in.). For reference, the current EQA measures 4,463 mm (4 meters 46 centimeters or 175.7 in.) in length.

Future MMA platform-based EVs from Mercedes-Benz will arrive with a display stretching across the entire dashboard, JESMB said in a report published on January 17, 2023, citing confirmation by the German automaker. Since the next-gen Mercedes EQA and EQB are two of the four models in the brand’s MMA line-up, they should be in line to receive the so-called “one-piece” display, which is similar to the Hyperscreen offered on the bigger EQ products.

The JESMB report states that the display technology seen on the Vision EQXX will trickle down to the models like the EQA and EQB while naming Continental as the supplier. Upon closer inspection, we found many similarities between the “pillar-to-pillar” display showcased recently by Continental and that found in the EQXX. Both are 47.5-inch seamless curved panels spanning 1.29 meters (4.2 feet) across, boast an 8K resolution (7680×660 pixels), and have a circumference of 4,200 mm (165.3 inches).

Finally, they also have 3,000 matrix LEDs that can be switched on or off depending on the requirement. This not only makes the system energy-efficient but also makes the display maintain excellent contrast and sharpness.

Three sections integrated into the panel

Under that seamless single glass panel are three individual sections of the screen that comprise the instrument cluster, the main infotainment system, and a secondary display for the front passenger. Even if this materializes, the full-width display would likely only be offered in top trim levels of the EQA and EQB.

Mercedes says that the system in the EQXX uses a star-cloud avatar called “Mercedes Jelinek”, which acts as a virtual guide to help users navigate various menus and explore features of the display. Depending on the driver’s preference, the virtual assistant has the ability to prioritize the information to be displayed. This can be beneficial as it will reduce visual clutter and prevent information overload. Compared to the old version, the iteration of the “Hey Mercedes” voice assistant uses machine-learning algorithms to constantly learn and understand natural and more intuitive human expressions and speech.

The next-gen EQA and next-gen EQB may come with a solar roof that extends the range by charging the traction battery pack or contributes positively to reducing their energy consumption. The Mercedes Vision EQXX concept clearly indicates that is the vision. Mercedes-Benz Group R&D chief Markus Schafer told journalists after the concept car’s unveil that the company will probably start offering solar panel roofs in series production models in 2024, as per an Autoblog report.

The next-gen EQA and EQB are likely to see greater usage of sustainable materials and contribute strongly towards Mercedes-Benz’s Ambition 2039 goal of having a CO2-neutral fleet. The company is uncovering new eco-friendly solutions for materials to be used in the car’s interior, body and body shell. The next-gen EQA & EQB could be the early beneficiaries of the new sustainability measures.

Sustainably processed genuine leather, animal-free genuine leather alternatives like cactus-based Deserttex, nylon yarn coming from recycled carpets and recycled fishing nets, natural fibers, etc., are the future of vehicle interior at Mercedes-Benz. The company is now commercializing some of them. For instance, it uses nylon yarn to make the Mercedes EQS’ floor coverings. For others, it’s showcasing them in concept cars as it continues researching. The Vision EQXX featured Deserttex and carpets made from 100% bamboo fiber.

Mercedes-Benz is amping up sustainability for the body and body shell by switching to almost completely CO2-free steel from 2025. The new steel will be manufactured using hydrogen instead of coking coal. The company is trying to decarbonize aluminum production, too. The Mercedes-AMG SL’s structural castings come from die-cast alloys made from as high as 100% recycled aluminum scrap, which means 90% or more savings in CO2 emissions.

Mercedes-Benz Group categorizes its compact Mercedes-Benz models as Entry Luxury products. On May 19, 2022, it announced plans to trim its model variants in the Entry Luxury segment from seven to four. The contribution of the Entry Luxury models to Mercedes-Benz sales has declined from 680,000 units in 2019 to 570,000 in 2021, and it could continue falling. Hence the decision to trim the line-up. However, the company expects profit margins to improve by 2026.

A report Handelsblatt published on June 30, 2022, said that Mercedes-Benz will discontinue the A-Class and B-Class in 2025. Along with these, the report claimed that the A-Class Sedan is also getting the ax.

The EQA and EQB electric SUVs belong to the same segment, and given the fact that they are SUVs, their future looks safe. The future Entry Luxury electric vehicles will share the MMA platform. The first MMA platform car is to launch in 2024 featuring the new MB.OS (Mercedes-Benz Operating System). The model is believed to be the Mercedes CLA Electric.

Mercedes could drop the EQ branding for the new EQA & EQB

Future electric cars from Mercedes will ditch the ‘EQ’ branding in the future, as per a Handelsblatt report published on January 12, 2023. The rebranding could result in the next-gen EQA and EQB ‘Entry Luxury’ models arriving as the Mercedes GLA Electric and Mercedes GLB Electric, respectively.

Since the company has decided to move to an all-electric line-up in select markets by 2030, a dedicated EV sub-brand would become redundant, the German newspaper report added. Using a single nomenclature for all future models would benefit the company mitigate brand confusion. Mercedes-Benz is yet to confirm this development. 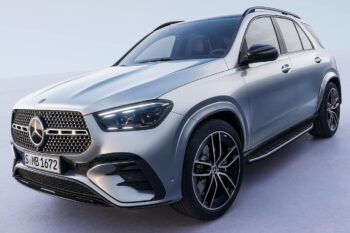 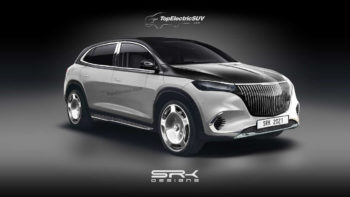