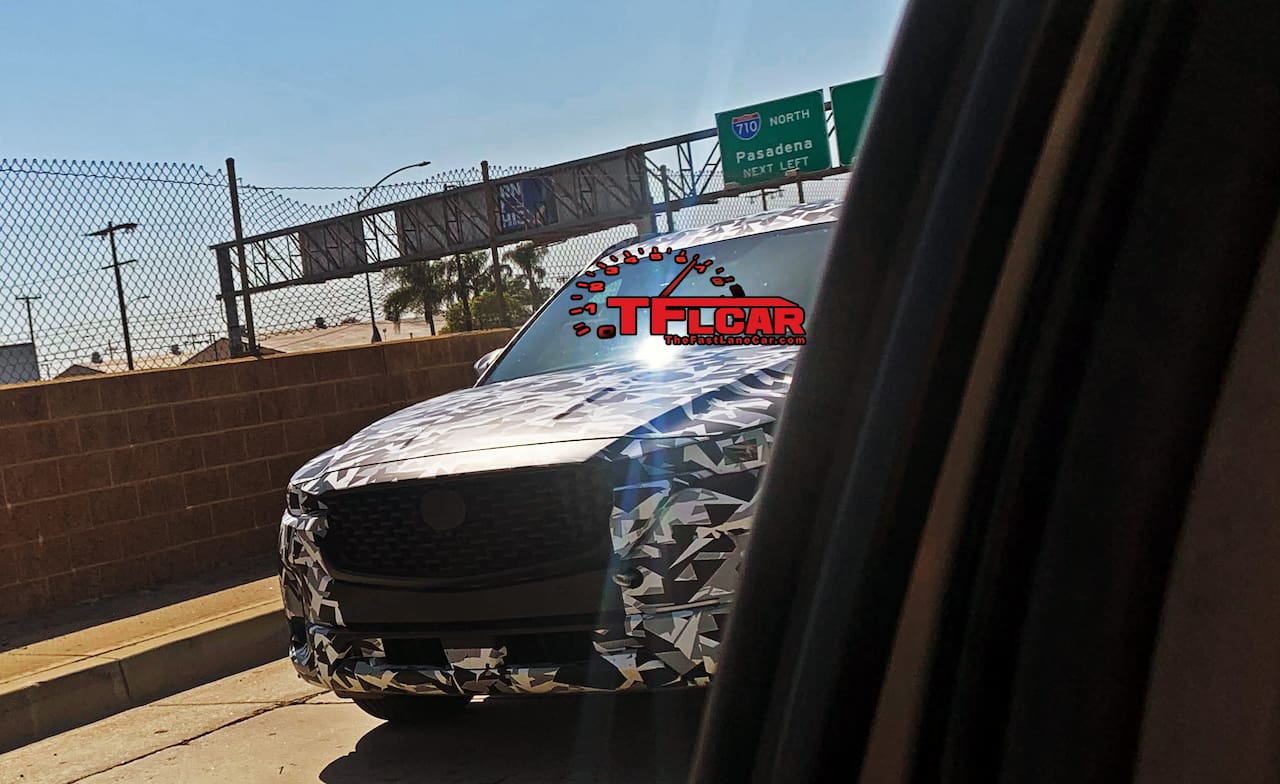 TFLcar.com reader Adrian has spotted an upcoming SUV on a test not far from Mazda’s North American headquarters in Irvine, California. Although heavily camouflaged, from the silhouette and the shape of the lights, it is unmistakably Mazda. The size indicates a compact SUV belonging to the class as the CX-5.

Reports suggest that instead of a next-gen CX-5, Mazda may introduce the successor as the more premium ‘CX-50.’ Regardless of the name, the next-gen Mazda compact SUV would have a familiar design.

The next-gen Mazda CX-5 could use Toyota’s THS hybrid powertrain. As Mazda deepens its alliance with Toyota, the next-gen CX-5 and many more Mazdas are likely to use Toyota’s hybrid tech to meet emission norms and stay competitive in the aspects of fuel efficiency and performance.

Mazda confirmed in its Q2 FY2021 results announcement that a number of new hybrid vehicles that employ the THS (Toyota Hybrid System) are in the pipeline. The company mentioned three models in the announcement. One is an SUV that is going to the Mazda-Toyota U.S. plant in Huntsville, Alabama. The other model is a rebadged European Toyota Yaris hatchback, which could turn out to be the next-gen Mazda2. The body style of the third is unknown, but the destination is China where crossover SUVs are hugely popular. Just last month, Mazda unveiled the CX-30 EV for the local market.

The Mazda SUV commissioned at the upcoming Mazda-Toyota U.S. plant is a mystery since the announcement was made on January 10, 2018. All that Mazda had said is that it would be a “crossover model that will be newly introduced to the North American market.”

In an announcement on August 13, 2020, Mazda said that the jointly owned Alabama plant would have the capacity to manufacture up to 150,000 units of the future Mazda crossover (and up to 150,000 units of a Toyota SUV) annually. If Mazda earmarks such a high production capacity, it makes financial sense for a popular car like the CX-5, which Mazda unveiled in late-2016 for the U.S. market. As per the original plan, production at this facility is scheduled to commence this year. 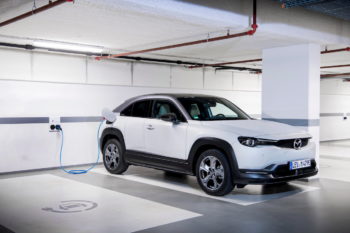 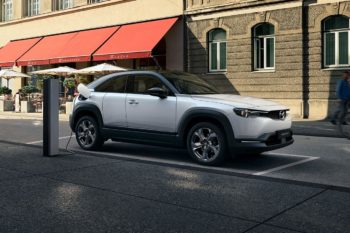 The Mazda MX-30 EV goes on sale in both U.S. and Canada this fall. 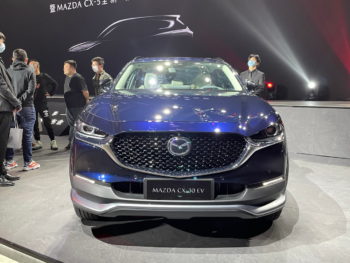 Changan-Mazda, a joint venture company of Mazda in China, has unveiled a new electric SUV at Auto Shanghai 2021 – the Mazda CX-30 EV.