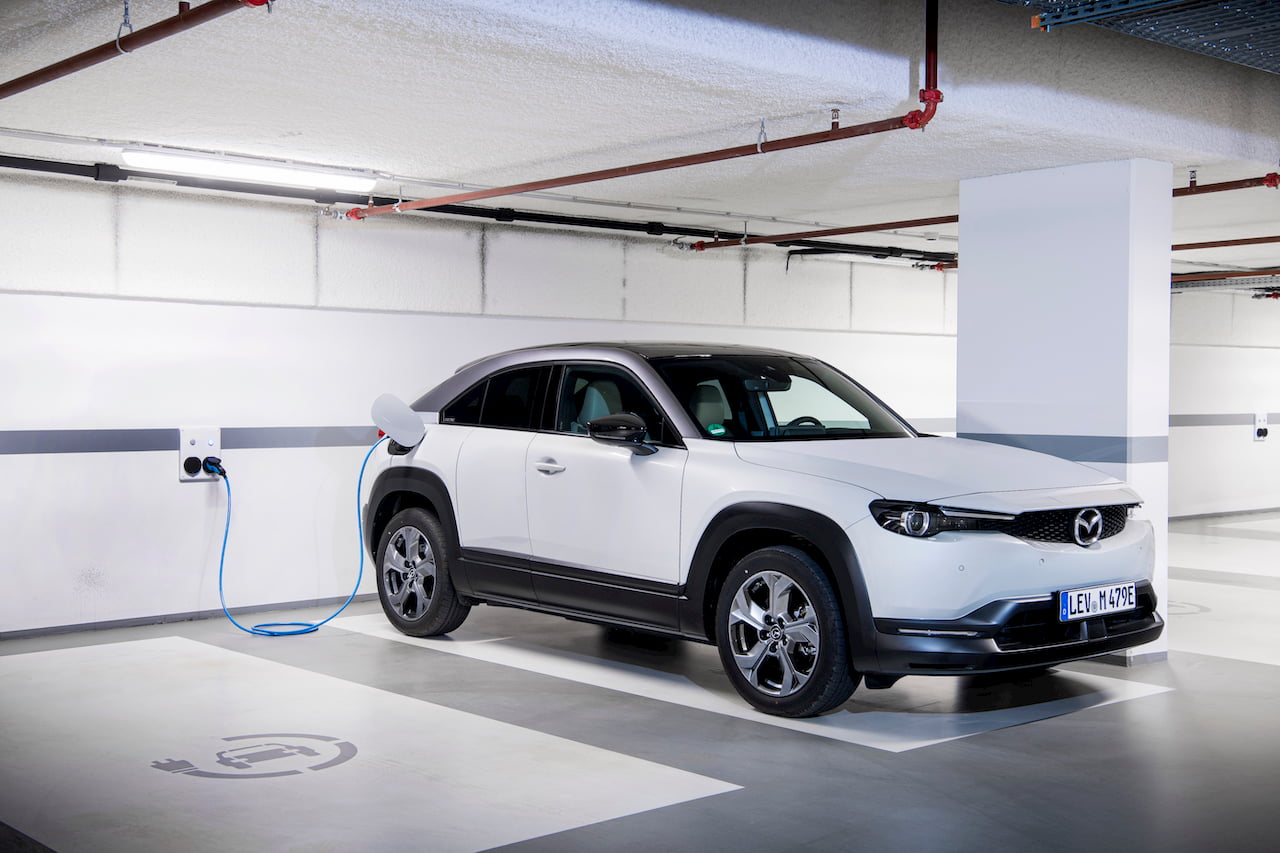 The Mazda MX-30 Range Extender with a rotary engine is in the works, and it has received the green signal for U.S. launch. Here’s everything we’ve learned about the vehicle.

“The battery-powered MX-30 will begin the introduction of additional electrified models, including a series plug-in hybrid with a rotary generator for MX-30, a plug-in hybrid for our new large platform,” Jeff Guyton, President & CEO, Mazda (North America), said in an announcement about the company’s electrification strategy in the region on April 14, 2021. Guyton added that the new Mazda rotary engine for serving as a generator in the MX-30 EV would operate nearly silently, which means that the driving experience will be very similar to that of the standard MX-30 EV – quiet and smooth.

We saw this coming as Guyton had confirmed the MX-30 range extender for the U.S. market in December 2020, while speaking to thedetroitbureau. He said that the range extender variant (with the higher travel range) would be “more appropriate” for American buyers.

The Mazda MX-30 EV’s EPA-est. 100-mile range has driven a lot of potential customers away from showrooms. However, the Mazda MX-30 Range Extender with the company’s rotary engine will overcome that limitation, as per a report Nikkei published in December 2020.

A key advantage of the rotary engine is that the energy generated by the combustion unit powers the generator that charges the battery. It’s not used to propel the wheels. Naturally, it does burn gas, but given the correct usage pattern, fuel savings are significantly higher than ICE-powered cars, but lower than BEVs.

Suppliers involved in the Mazda MX-30 Range Extender’s development told Nikkei that Mazda wants to increase the range of the MX-30 EV (256 km/159 miles as per Japan’s WLTC method) to 400 km (249 miles) with the assistance of the rotary engine.

The MX-30 EV has a 35.5 kWh lithium-ion battery pack that feeds an electric motor at the front axle. The motor generates 143 horsepower and 200 pound-feet of torque. The battery pack can be fast-charged to 80% SoC in 36 minutes. Mazda has partnered with ChargePoint to offer charging solutions to customers in the United States.

The Mazda MX-30 Range Extender should come with features similar to those of the EV. In the U.S., the latter gets the Mazda Connect infotainment system, a 7-inch touchscreen climate control panel, and Mazda Connected Services that include remote locking, remote climate control, remote battery status check, and more.

Range Extender variant with rotary engine in the making since 2018

The Mazda MX-30 Range Extender was confirmed back in late 2018. Mazda talked about the highly anticipated return of its rotary engine, but not in a supercar or a halo model:

Mazda will develop two battery electric vehicles, one powered solely by battery and another that pairs a battery with a newly developed range extender powered by Mazda’s small, lightweight and exceptionally quiet rotary engine. The range extender will recharge the battery when necessary to effectively increase the vehicle’s driving range.

In the book “Mazda Centenary – 100 years of a Japanese Success Story,” Mazda said it would open the next chapter of the rotary engine with an EV

As a range extender for electric vehicles, the rotary engine will continue to carry the torch for this (never stop challenging) spirit into the future.

On why Mazda picked a rotary engine for the MX-30

Mazda is synonymous with the rotary engine but has other reasons for employing it in the MX-30 Range Extender. It is compact and significantly lighter than a comparable reciprocating engine and can easily be integrated into an EV. The “unparalleled smoothness and quietness of operation” because of its unique working principle would ensure that the fitment of a gas-powered engine doesn’t take away the calm and comfortable EV driving experience from the MX-30 EV.

Mazda’s rotary engine technology is known for its benefits like small size, lightweight, high power, and quietness. In 2013, Mazda had demonstrated a Mazda Demio EV (Mazda2 EV) with a rotary engine range extender that could deliver a range of 400 km (249 miles).

With no reciprocating mass such as vales or pistons, unlike in a traditional engine, a rotary engine can allow smoother power delivery and operate at high revs. With fewer moving parts, the size and weight of the engine are low. According to a report from designnews.com, Mazda has developed mufflers to reduce the sound emitted by the MX-30’s rotary engine to preserve the experience in the cabin.

The Mazda MX-30 Range Extender with Mazda rotary engine will debut at the 2022 Brussels Motor Show on January 13, 2023, as per a report Motor1.com published on November 21, 2022. It could be a selling point that drives more Mazda fans back into the brand’s dealer showrooms. In the U.S., it will likely be launched as the 2023 Mazda MX-30 Plug-In Hybrid EV. Motor1 indicates Mazda will call it ‘MX-30 R-EV’ in some markets.

Mazda has listed the MX-30 Plug-in Hybrid EV on its U.S. website to keep prospective customers engaged till the launch. The company offers a provision to subscribe to updates about the upcoming model on the website.

Deliveries of the Mazda MX-30 EV in the U.S. started with the MY2022 model in October 2021, and to date, only 505 units have moved off the dealer lots. The electric SUV was available only in California at launch, and availability didn’t expand.

A Mazda spokesperson had revealed to Autoblog that the company planned to sell 560 units of the MY2022 model, but stopped sales at 505 units in July 2022. A production shortage affected the U.S. sales of the 2022 MX-30 EV, the spokesperson said. There are rumors of the electric model getting discontinued in America, which would be a regressive move in the company’s electrification strategy. After selling 8 units in July 2022, Mazda hasn’t delivered a single unit as of October 31, 2022.

Contrary to what the name of Mazda’s long-term vision for technology development – Sustainable Zoom-Zoom 2030 – suggests, it is slow on electrification, especially compared to big players like Volkswagen, GM, or Ford.

Between 2022 and 2025, Mazda plans to introduce five HEVs, five PHEVs, and three EVs based on a new ‘SKYACTIV Multi-Solution Scalable Architecture’ platform. Between 2025 and 2030, the company will unveil several EVs based on a new bespoke EV platform called ‘SKYACTIV EV Scalable Architecture.’ The Japanese automaker expects to finish electrifying all models by the end of the decade.

In Europe, Mazda will primarily rely on straight-four gasoline engines with a motor drive unit running on energy sourced from a rechargeable battery pack. In addition to plug-in hybrid technology, the company will use a 48-volt mild-hybrid system on straight-six new-generation Skyactiv-X gasoline and Skyactiv-D diesel engines. In the U.S. and Canada, the company will offer plug-in hybrid powertrains, but it won’t use mild-hybrid technology.

The MX-30 EV is a great option for those looking for a second car, but its range may not be practical in the United States. The rotary-powered MX-30 PHEV, arriving next year, will offer the feel of all-electric and the confidence of never having to worry about running out of juice. We see the rotary-powered PHEV as training wheels for the next-gen all-electric Mazdas starting in 2025. 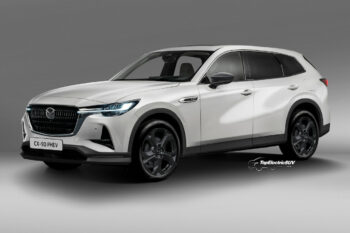 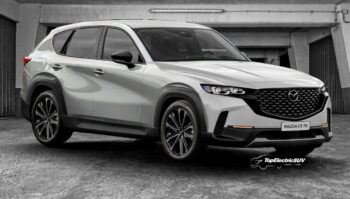 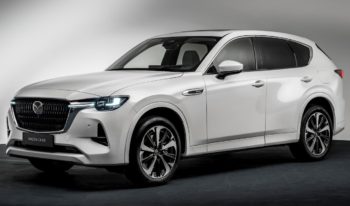