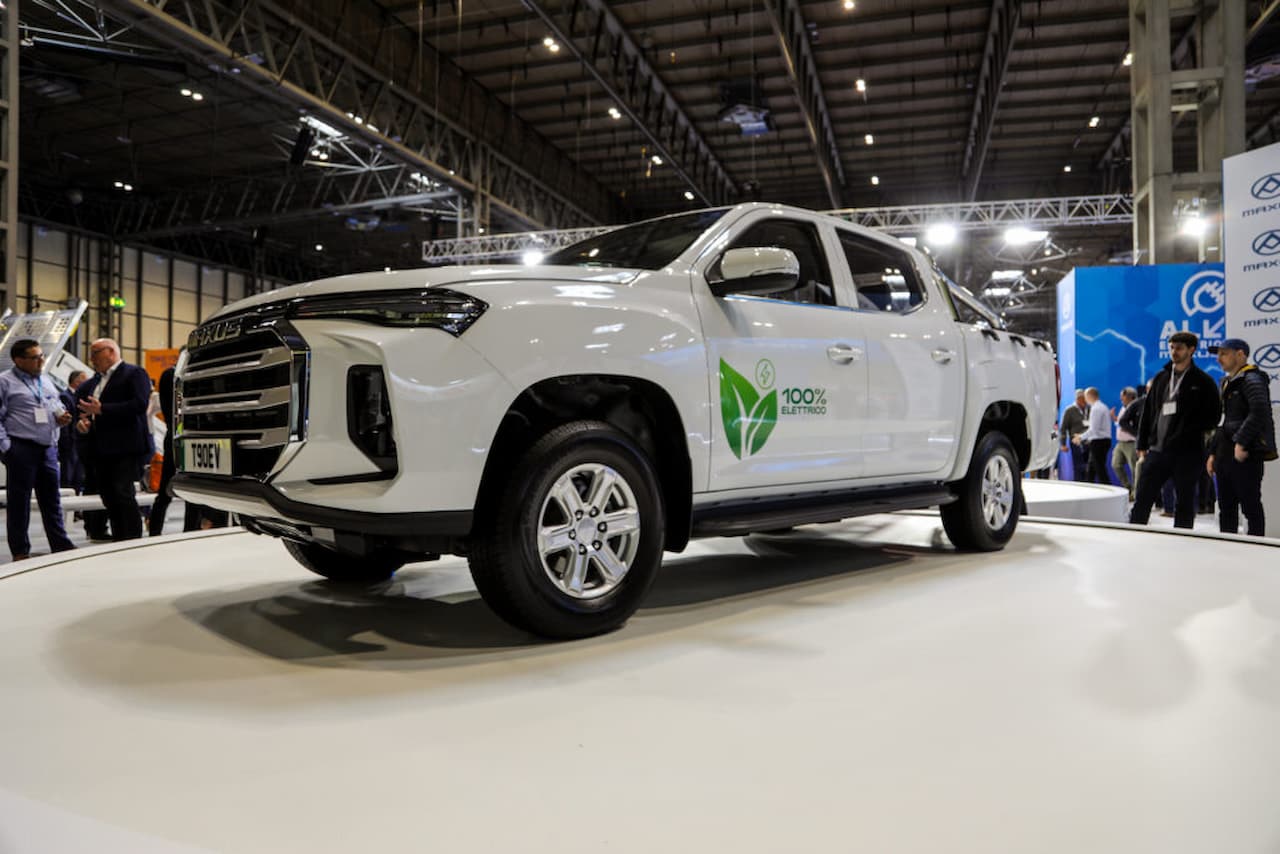 While America has just received the Ford F-150 Lightning and is waiting for the Chevrolet Silverado Electric, a Maxus T90EV electric pickup truck has been confirmed in the UK. It’s the pure electric variant of the Maxus T90 pickup, and here’s everything we know so far on the product.

The production version of the Maxus New EV concept has a less dramatic design, but it’s also typically Chinese. The front end has bigger headlamps, redesigned grille, bumpers, and tail lamps. The concept’s large brand lettering in chrome at the back and the roof box haven’t made it to production. A small EV badge, with the letter ‘E’ painted metallic blue, denotes the powertrain. The electric version has the same design as the ICE variant. This is in the interest of cost of ease of manufacturing with changes only to the styling and badges.

From the sides, the new Maxus electric pickup truck looks traditional thanks to conventional proportions. 17-inch alloy wheels are standard on the electric truck. A high ground clearance makes it look sporty, and that, paired with the rugged squarish fenders, the outside rope hooks, and the chunky sport bar, gives it the adventure-readiness.

At the rear, the design is mostly traditional. A gigantic brand logo on the tailgate ensures unmissable road presence wherever the vehicle goes.

The new generation Maxus T90 features an upscale cabin with a modern design and layout. The dashboard isn’t as large as traditional pickup trucks, nor is the floor console, which means more space for occupants and storage. A 10.25-inch fully digital instrument cluster and a 12-inch touchscreen infotainment system are in a single seamless panel, giving a minimalist touch. In the UK, the list of convenience features will include rain-sensing wipers and a reversing camera.

The Maxus T90EV’s interior (seen in the video below) is comparatively simpler and lacks several premium features. The dashboard carries a traditional design and lacks the dual-cockpit setup for the instrument cluster and central display. The centre console is also not as attractive, which applies to even the buttons and AC vents.

The Maxus T90EV will turn available to order in the UK in August 2022, and customer deliveries will start in Q1 2023 (January-March 2023). Prices have not been announced, but prospective buyers can register their interest online. In China, the electric pickup truck retails at CNY 299,800, which converts to GBP 35,673 or USD 44,994. It is currently not available outside the Chinese market. 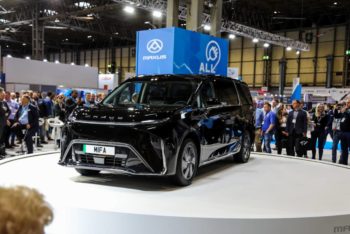 SAIC’s electric people mover is coming to the UK. 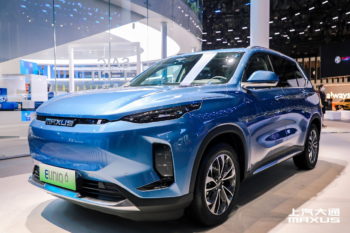 Meanwhile, in China, the MY2021 model has rolled out, discussed in the story’s final section.