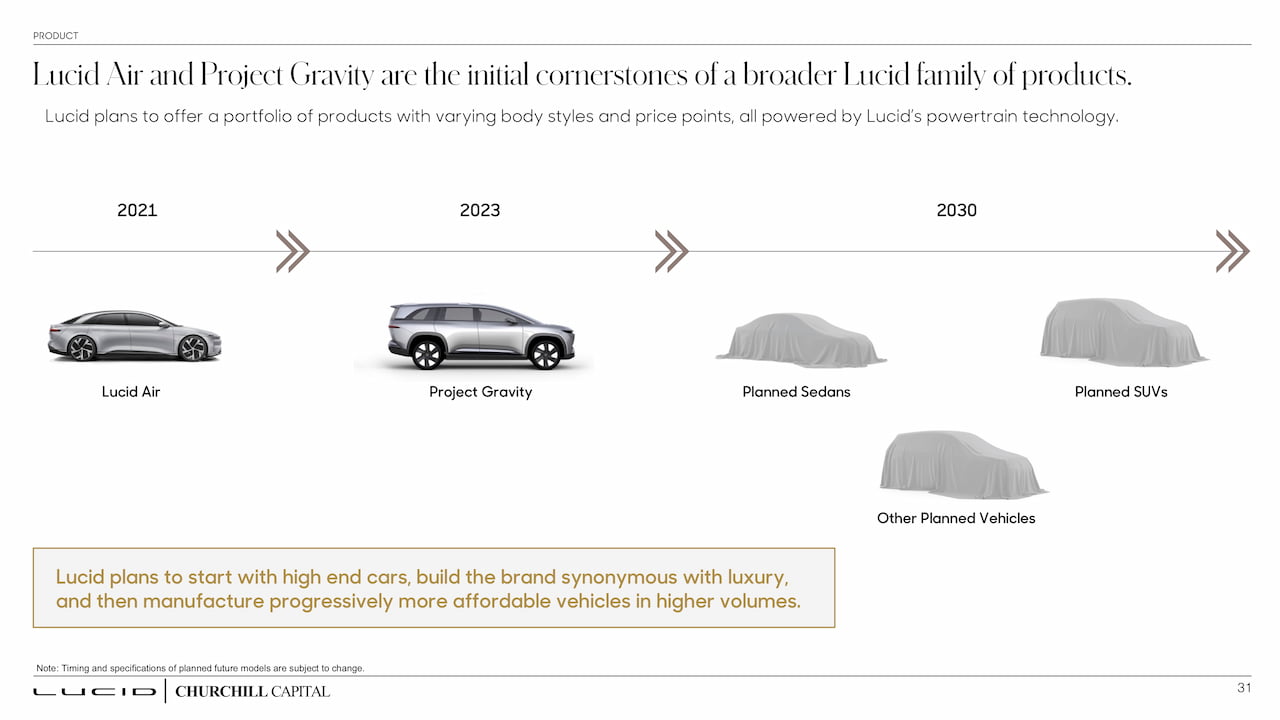 Lucid Motors’ journey in the auto market begins with the launch of the Lucid Air electric sedan in the second half of this year. In 2022, the Peter Rawlinson-led California-based startup will launch a Tesla Model X rival – the Lucid Gravity, and a few years later, it plans to release a Tesla Model Y rival.

Like Tesla, Lucid Motors charts a top-down approach by releasing large, upper-class models before moving to smaller models like mid-size SUVs that have a large volume potential. Last month, Lucid Motors held a conference call in which executives revealed plans to launch many new EVs in the future, including more Lucid SUVs and a Lucid pickup truck.

Beyond Project Gravity, we have a beguiling range of products planned for the next decade, and that will encompass multi-platforms. And there’s one thing I really want to emphasize here. Please do not mistake Lucid for a niche player. We’re starting overtly high-end deliberately to establish the brand. I want Lucid to be huge. Over the next decade, we’re gonna make hundreds and hundreds thousands of cars.

The Lucid mid-size SUV competing with the Tesla Model Y could turn out to become its best-selling model when it arrives later this decade. It would be quite suitable for gaining a share of the European markets where the Lucid Gravity, in comparison, is deemed too big. It could have a longer range than the Tesla Model Y, between 350-400 miles (EPA). Like the Gravity, expect a fluidic yet masculine exterior and an interior that is more futuristic and lavish than all competitors.

As we look out to the end of the decade to the 2030 calendar year, we will have an expanded vehicle line-up, including products at lower price points, which, when combined with the expected growth in the vehicle market, really opens up the size of our potential market to above 15 million units annually.

The Gravity is arguably the finest nexus between a boxy SUV that appeals to purists, and an elegant crossover.