Ford Motor Company’s luxury brand Lincoln has confirmed the launch of four electric vehicles by 2026. One of these zero-emission models will likely be a Lincoln Navigator Electric that could compete with a Cadillac Escalade Electric. Here’s our expectation from the flagship Lincoln electric car:

The Lincoln Star Concept unveiled in April 2022 will be the north star (no pun intended) for every Lincoln electric car. Lincoln said during the Star Concept’s announcement that the concept hints at its design language for its EVs. Compared to the gas-engined Navigator that’s currently in the fourth generation, the first-ever Navigator electric should be sleeker and more dynamic.

Expect the Navigator Electric to have fluidic surfaces, a closed-off upper front fascia, connected headlights, aero wheels, and a full-width tail lamp. The electric model may have a lower and more steeply sloping hood and a sloping roofline that leads to reduced drag and thus lower energy consumption.

With a growing awareness of the ethical and environmental problems with animal leather, more people are looking for cruelty-free, sustainable, and recyclable materials in their car’s interior. Notably, the Mustang Mach-E, which comes from the same family in Dearborn, has adopted a leather-free interior. It will be interesting to watch how Lincoln responds to these car buyers.

Lincoln would use the space under the hood not occupied by a gas engine to provide extra cargo space. The frunk may have USB charging ports and electrical outlets as well. Bidirectional charging would allow recharging other EVs and powering electrical camping equipment, domestic appliances, and electronics using the electricity stored in the high-voltage battery pack. Families would be able to enjoy camping and other adventure activities, work from a remote place, and power homes during an outage.

Lincoln ActiveGlide allows Level 2 hands-free driving in current Lincoln models on more than 130,000 miles of Hands-Free Blue Zones, which are pre-qualified divided highways, in the U.S. and Canada. In the next three years, Lincoln may have upgraded to Level 3 autonomous driving and offer the new and improved functions in the Navigator Electric.

Ford is developing two new vehicle platforms, Hau Thai-Tang, Chief Product Platform & Operations Officer, Ford Motor Company, said at the 2021 Capital Markets Day on May 26, 2021. One is a “rear-wheel drive/all-wheel drive BEV flexible architecture” for mid-size trucks and rugged SUVs, including Ford Explorer Electric and Lincoln Aviator Electric. The second platform is a “scalable dedicated BEV architecture” for next-gen full-size pickup trucks, which is suitable for a model like a Navigator EV.

Whether the Navigator Electric would also have a body-on-frame layout remains to be seen. While the original Hummer SUVs were body-on-frame, General Motors, with the BT1 architecture, has adopted a new approach for the Hummer EV SUV. The electric model is neither a body-on-frame model, nor a unibody model, but between the two (GM engineers are dubbing it ‘Ultibody’). Here the battery pack powering the motors is a part of the vehicle structure.

The Lincoln Navigator Electric could get the IonBoost battery pack consisting of lithium-ion cells with a new high-energy NMC cathode. Thai-Tang said at the 2021 Capital Markets Day that IonBoost has “the highest energy density in its type in the world.” There’s 88% nickel content in the cathode, which “is a breakthrough,” Thai-Tang said.

Ford Motor Company will likely develop the Navigator Electric’s battery pack at Ford Ion Park in Romulus (Michigan), USA. Built specially for researching and developing battery and battery cell technology, the new facility will entail an investment of USD 100 million. The company may manufacture the battery pack at the USD 5.8 billion BlueOval SK Battery Park in Glendale (Kentucky), USA. BlueOval SK is an alliance between the American automaker and the South Korean battery company.

The Lincoln Navigator Electric should be available in the market in the second half of the decade.

What is the Lincoln Navigator Electric release date?

Ford could launch the Navigator Electric in the second half of the decade.

What will be the Lincoln Navigator Electric price?

The Lincoln Navigator Electric could cost around USD 95,000 onwards.

Which models will be Lincoln Navigator Electric rivals?

The Lincoln Navigator Electric will likely compete with the Jeep Wagoneer S and the Cadillac Escalade Electric. 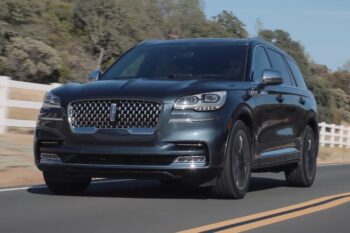 The Lincoln Aviator EV, formally confirmed in May 2021, will reportedly be launched in 2024.