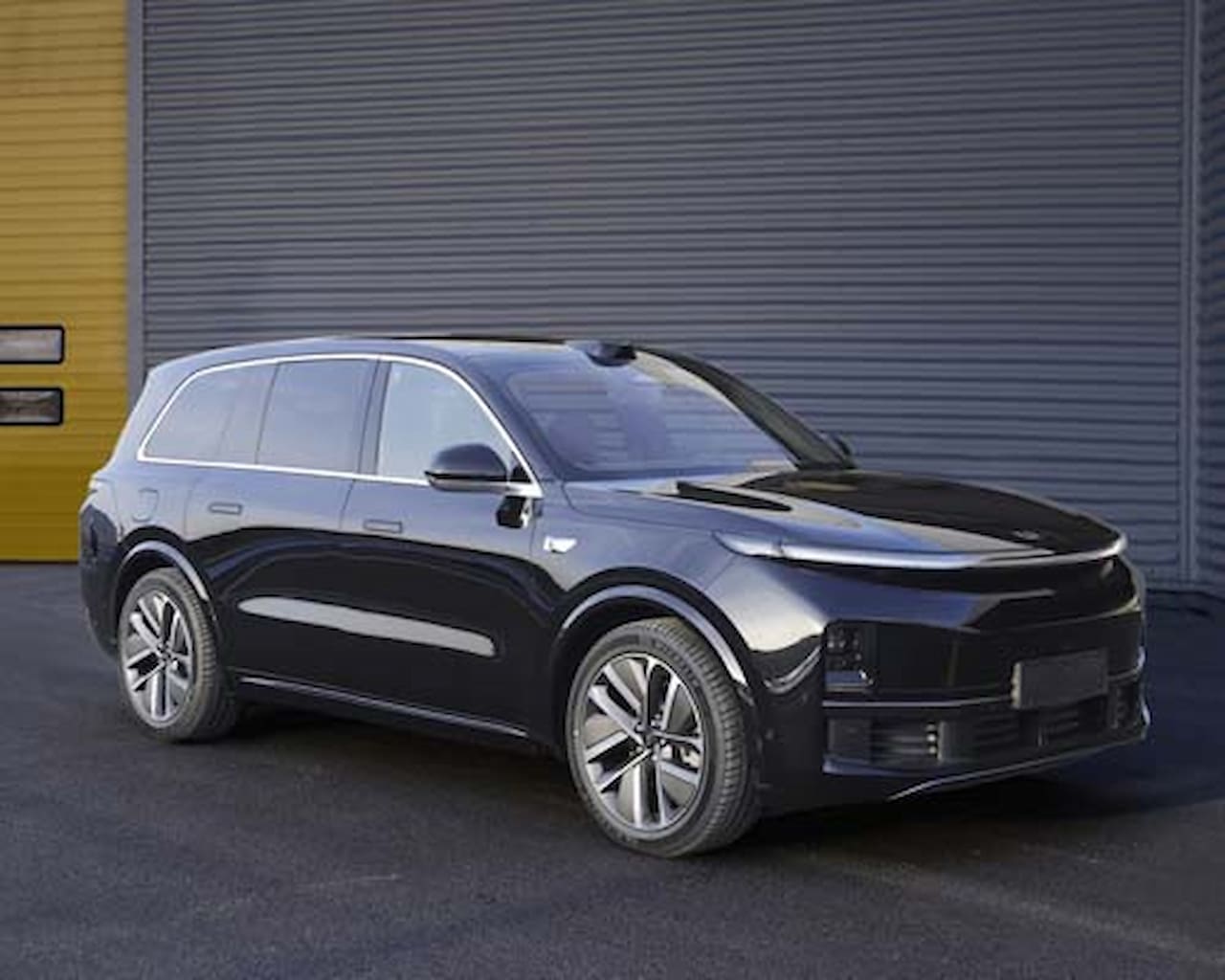 Beijing-based Li Auto is another Chinese manufacturer with an electrified vehicle offensive. The brand already sells the Ideal One range-extender SUV in China, and now it plans to launch the Li Auto L9, a full-sized family SUV. Here’s everything we know about the Li Auto L9 as of April 2022:

The exterior design of the Li Auto L9 has leaked via images from China’s Ministry of Industry and Information Technology (MIIT). The upcoming SUV packs a traditional three-box SUV design. The design appears uncluttered and futuristic.

The L9 features proper SUV proportions, but it blends that traditional look with modern design bits. The upper part of the front-end likely houses a full-width, curved LED DRL and a sloping, rounded bonnet. There’s no grille in the upper section, so the nose appears clean and smooth. The middle and bottom sections are sharp and upright instead, with the former housing the SUV’s headlights. There’s a lower air dam to cool the battery in the bottom portion.

On the sides, the L9 features a greenhouse reminiscent of the Mercedes GLS, flush door handles, aero wheels, and a slightly sloping roofline. At the rear, the large SUV sports sleek, transparent tail lamps that cover its entire width. The brake light is positioned on the spoiler, and the rear windscreen wiper is hidden under the spoiler. Up top, there’s a LiDAR sensor on the front of the roof.

Inside, the L9 packs pleasant innovations and has a lot of digital real estate. Yes, the Li Auto L9 has as many as four screens in its cabin, of which three are massive touchscreens. For starters, Li Auto didn’t feel the need for a traditional digital instrument cluster. Instead, a sizeable heads-up display showcases speed, gear position, maps, and ADAS functions. A secondary screen (non-touch) on the steering displays speed, range, audio, and other information.

The Li Auto L9 also offers a small fridge under the central armrest (accessed from the second row). What’s more, there are two charging pads and two bottle holders on the center console. The system uses Dolby Atmos technology and 4D sound, which makes the seats vibrate to the tune of the music, a feature popularized by the latest generation Mercedes S-Class. The brand is also offering premium 21-speaker audio with an output of 2160 W.

The L9 will pack Li Auto’s intelligent driver assistance system suite, AD Max. The company has developed AD Max’s AEB as per Chinese road conditions, and this optimized AEB improves two-wheeler and pedestrian recognition. Six 8 MP cameras and five 2 MP cameras will be the L9’s intelligent eyes, providing a 360-degree view of the surrounding environment. Two 8 MP cameras in front of the vehicle will allow recognizing vehicles, pedestrians, and cone buckets ahead at a 120-degree range and a distance up to 550 meters away.

The L9 will feature a forward-facing LiDAR equipped with 128 lasers that offer the most superior performance in any LiDAR currently under mass production. LiDAR ensures AD Max can perceive the vehicle’s environment correctly even when it’s dark or extremely bright and that the cameras have limited visibility. Like Xpeng’s Xpilot 4.0, Li Auto’s AD Max is capable of 508 trillion operations per second (TOPS) using two NVIDIA DRIVE Orin systems-on-a-chip (SoC). Full-scene navigation-assisted driving functions will be available, but the company will gradually enable it in new locations as per regulatory approval.

What is the Li Auto L9 release date?

The Li Auto L9 will be introduced in China later this year.

What will be the Li Auto L9 price?