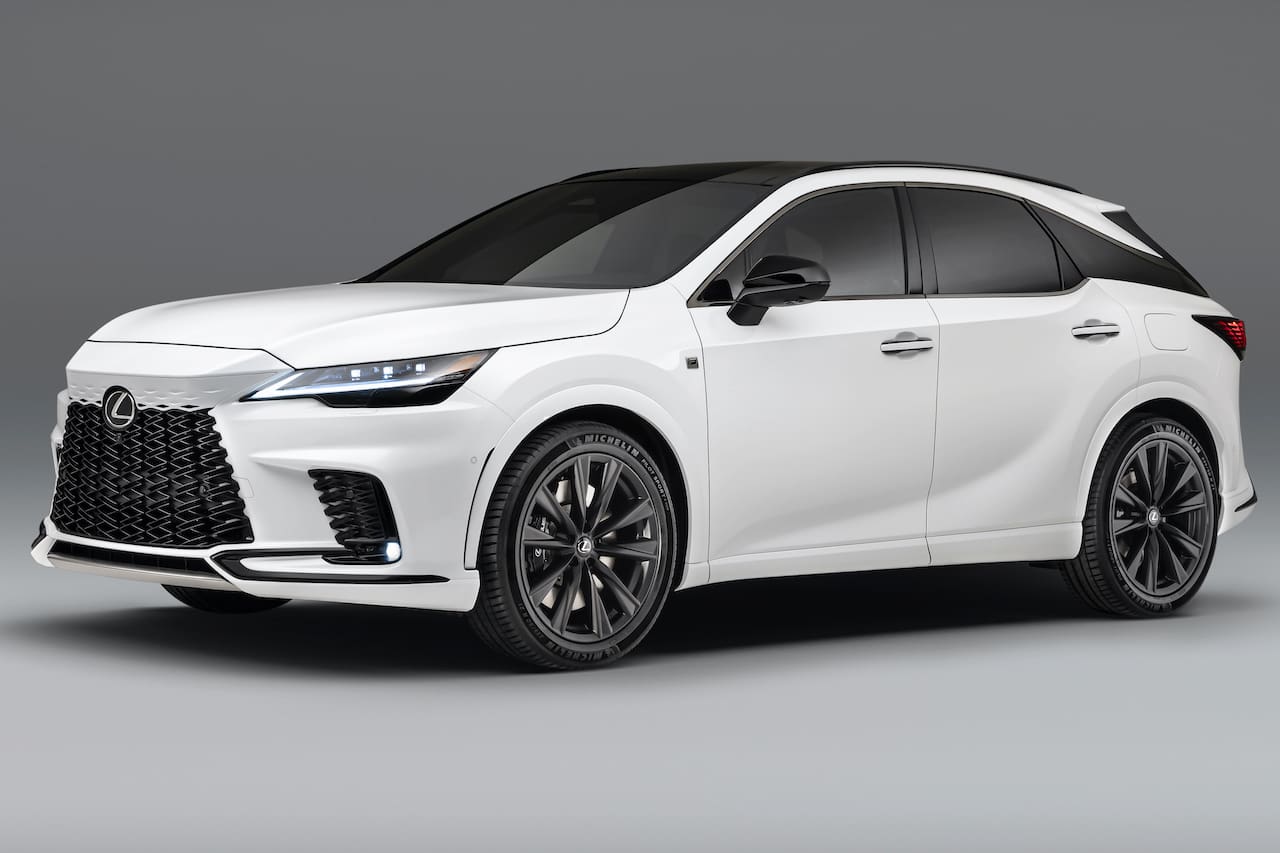 It’s been over seven years since Lexus took covers off the third-gen RX at the New York International Auto Show (NYIAS 2015). In November 2017, the company introduced a three-row RX L, and then, in May 2019, it lent the car a neat facelift. Now, a fully redesigned, fifth-gen, 2023 Lexus RX is replacing the 5-seat third-gen RX, elaborately discussed in this article.

The 2023 Lexus RX carries subtle design changes, noticeable mainly at the front. Lexus designers have extended the hood of the RX forward to give it an aggressive, shark-like nose section. Gone is the thick chrome surround on the spindle grille, and in comes a new design that’s quite different.

The headlamps are curvier, and a new L-shaped DRL cuts through them. While the previous model’s headlamp housing and DRL swooped downwards, pointing towards the grille, the new headlamp unit is more upright and sleeker overall.

The vertical hood extension has tiny diamond-shaped openings. Vertical side air intakes and chrome applique on the lower portion of the front bumper are also among the visual changes at the front. Overall, the 2023 RX has a more dominating and refined front fascia than its predecessor. The design may vary as per the selected configuration. There will be six grades in the U.S.: Standard, Premium, RX-first Premium+, Luxury, F SPORT Handling, and RX-first F SPORT Performance.

Elsewhere, a blacked-out D pillar can be observed on the SUV along with a full-width horizontal LED taillamp. Above the LED bar, a slim gloss black strip houses bold Lexus lettering positioned on the center of the tailgate. The backglass looks slightly more raked, and that gives the redesigned model a sportier stance than its predecessor.

For the first time ever in an RX, customers will be able to select an F Sport Performance grade that builds on the familiar F Sport design package. The new grade gives the RX an even sportier and performance-focused styling. It features a mesh grille, 21-inch wheels, opposed six-piston brake calipers, F Sport scuff plate, perforated leather-trimmed steering wheel with paddle shifters, suede-trimmed interior door trim, aluminum paddles, and more.

On the inside, the Lexus RX has become a little more contemporary, with sleeker surfaces and a touch of minimalism in some elements. The most welcome change in the cabin is the introduction of a 14-inch Lexus Interface touchscreen infotainment system. Customers will be able to choose six interior color options with four ornamentation styles as per the grade. Rioja Red, Macadamia, Pirch, Palomino, Black, and Peppercorn will be the colors and Dark Graphite Aluminum, Ash Bamboo, Black Open Pore, and Black Cascade will be the ornamentation styles.

Other highlights of the 2023 RX include a head-up display, multi-colored illumination accents, and 1,800-watt Mark Levinson PurePlay Surround Sound audio system with 21 speakers

The 2023 Lexus RX packs the Lexus Safety System+ 3.0 that debuted in the second-gen NX. One of the main features of LSS+ 3.0 is Curve Speed Management. When Dynamic Radar Cruise Control is active, the vehicle can maintain the set speed even on curves.

In addition to LSS+ 3.0, the 2023 RX features Advanced Park with an expanded parallel parking function. While back-up parking is nothing new, the 2023 RX’s Advanced Park feature supports forward-facing parking as well, enabling forward-facing/back-up exit. e-latch one-touch electronic door release is another safety highlight of the 2023 RX. It prevents the occupant from opening the door into traffic or cyclists.

The fifth-gen Lexus RX sits on the GA-K platform that debuted in the Lexus ES. The new platform offers a low center of gravity and optimal weight distribution. Depending on the configuration, the redesigned SUV is as much as 198 pounds lighter than the outgoing generation, thanks to material optimization in the main framework components of the chassis and the GA-K platform.

Ride comfort and quietness are better in the all-new model. Plus, the wheelbase is 2.36-inch longer, but as the rear overhang is 2.36-inch shorter, the overall length is the same as that of the fourth-gen model (192.5 inches). Also new for the fifth generation is an all-new multi-link suspension at the rear.

We adopted a global platform to reduce the weight, lower the floor, decrease the overall height, and lower the center of gravity.

Lexus says the GA-K platform increases the front/rear couple distance, leading to improved legroom for rear passengers. Plus, the cargo space has also improved, but the company hasn’t disclosed the numbers yet.

Lexus will offer the fifth-gen RX in the U.S. in three electrified variants: RX 350h, RX 450h+, and RX 500h. The RX 350h has a 2.5L naturally aspirated engine-based hybrid system, while the RX500h has a newly developed 2.4L turbocharged engine-based hybrid system never offered on any Lexus before. The RX 450h+ is a plug-in hybrid variant, but Lexus hasn’t released details yet.

The RX500h’s 2.4-liter turbocharged gasoline engine works with a 6-speed automatic transmission, an inverter, and an electric motor. An eAxle unit integrates a second electric motor, inverter, and reduction gearbox. The second motor powers the rear, wheels effectively making the RX500h an AWD SUV. The 2023 RX is the first Lexus equipped with a high-output electric motor and an e-axle at the rear.

The turbocharged gasoline engine of the RX500h produces 367 horsepower and 406 lb.-ft. of torque. Jack Hollis, Senior Vice President – Automotive Operations Group, Toyota Motor North America, made an interesting note during the announcement of the RX500h, that the torque output surpasses that of even the Lexus LFA. Accelerating from 0 to 60 mph in the range-topping performance variant takes just 5.9 seconds. Lexus is estimating a combined fuel economy of 26 MPG in this configuration.

The RX500h delivers faster acceleration and more evenly distributed torque for more power on demand, whether you’re running errands on the freeway or driving a scenic mountain road. It also adopts the same DIRECT4 all-wheel drive technology that we talked about earlier on the RZ that integrates the drive and brake force control that can only be found with Lexus Driving Signature.

The next-gen Lexus RX will go up against luxury SUVs like the Acura MDX, the Lincoln Nautilus, and the BMW X5.

Buyer preference for hybrids increased in 2021 with the Lexus RX Hybrid recording 24.1% growth compared to the previous year. In 2020, Lexus sold 14,411 units of the RX Hybrid, but this figure was significantly up in 2021 with the Japanese carmaker selling 18,981 units. 2021 was an all-time best-ever year for other Lexus models like UX, LC, and ES as well.

At a mega press conference held in Japan in December 2021, Akio Toyoda, President, Toyota, revealed new EV strategies for its core brands: Toyota and Lexus. Toyoda said that Lexus aims to have a full EV line-up in all vehicle segments by the end of the decade. It wants EVs to account for 100% of Lexus sales in China, Europe, and North America, with a total of 1 million units globally by that year. In 2035, Lexus targets to be fully electric in all markets worldwide. The implication is that, by the end of the decade, the Lexus RX will be an all-electric model.

In addition to the next-gen RX, a number of new Lexus SUV models are heading to dealer showrooms in the next three years. The first is the 2023 Lexus RZ, which will arrive in the U.S. in H2 2022. 2023 would be the year the Lexus RX L successor goes on sale. Made at the Princeton plant (Indiana), USA, it could arrive as the Lexus TX.

Multiple reports have indicated that the Lexus TX will be the successor to the RX L. The most recent article was from Automotive News, which stated that a three-row TX, positioned above the RX L, would arrive in 2024, approximately six months after the Toyota Grand Highlander. Automotive News said that the new three-row SUV from the Lexus brand would challenge the Mercedes GLS and BMW X7.

In 2023 and 2024, the Lexus LF and the next-gen Lexus GX should celebrate their world debuts. Finally, Lexus hinted at a large electric SUV (Lexus Electrified SUV) on December 14, 2021, which will likely be released by 2025, positioned at the top of its lineup.

Which models do you consider 2023 Lexus RX rivals? 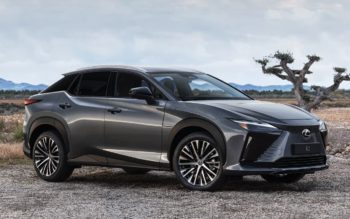 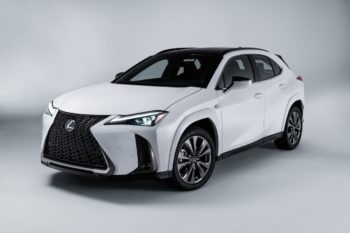 The 2023 Lexus UX Hybrid gets more equipment and has undergone upgrades underneath to enhance its performance.