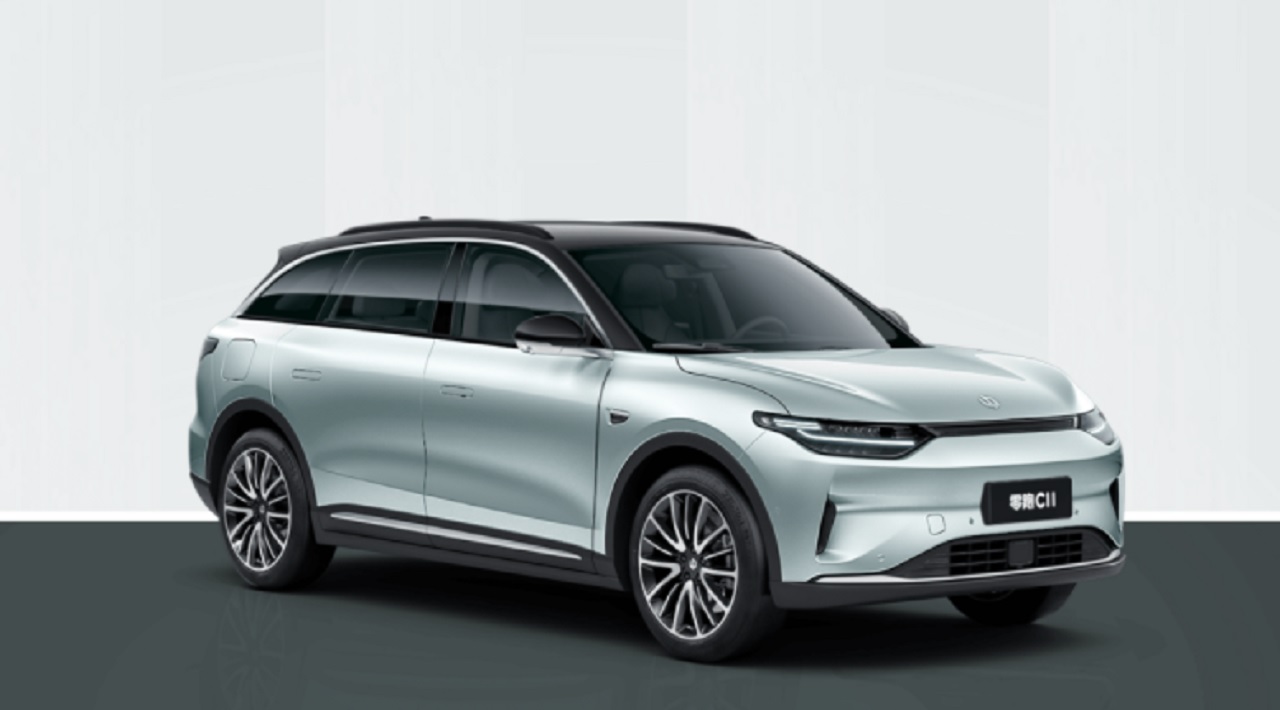 There seems to be no end to the Chinese EV onslaught in Europe. After Nio, Xpeng, Wey, and Voyah, Leap Motor will enter the Old Continent, according to German motoring expert Greg Kable (via Twitter).

Leapmotor states on its website that it has an in-house R&D set-up. The chips and core technologies for Leapmotor EVs are also designed in-house.

Bloomberg reported in October 2021 that the start-up could raise USD 1 billion at an IPO listing in Hong Kong. Leapmotor also has the backing of surveillance company Zhejiang Dahua Technology Co. and Sequoia China Capital, says Bloomberg.

Leapmotor is expected to make its foray into the European market with the C01 electric sedan and the C11 electric SUV. However, these are not the only models it manufactures. Its first car was the S01, touted to be the most affordable electric sports car globally. It is powered by a 125 kW (165) electric motor with a 380 km range. It also sells the T03 hatchback in China.

Leap C11 SUV was launched in China in September 2021. It’s an attractive vehicle with an understated design. The roofline flows in a Skoda Kodiaq-like fashion, and upfront, it has LED headlamps united by a gloss black strip. There’s no visual drama on the front bumper, only functional elements like a lower air dam to cool the battery and side air intakes to cool the brakes.

The C11 SUV features flush door handles, 20-inch wheels, and frameless doors. At the rear, it has a simple roof-integrated spoiler, full-width LED light bar, and LED taillamps. The rear windscreen is sharply raked in a coupe-like fashion. Overall, it appears as the C11 could very well blend into the European EV market, given its elegant and conservative styling.

The C11 AWD is a high-performance offering sporting two motors that deliver 544 hp of combined power and 720 Nm of total torque. It accelerates from 0-100 km/h in just 4 seconds. The AWD variant only comes with the larger 90 kWh battery and has an NEDC range of 550 km.

Three screens in the cabin

Three screens dominate the dashboard in the C11: a 10.25-inch instrument cluster, a 12.8-inch central display, and a 10.25-inch passenger display. The electric SUV has 28 sensors for its various ADAS functions, an onboard air purifier, a panoramic sunroof, and electrically adjustable front seats.

The second offering in Europe will be the Leap C01 sedan, which debuted at the 2022 Guangdong-Hong Kong-Macao Greater Bay Area Auto Show which took place from May 28, 2022, to June 5, 2022. Pre-orders have started in China, and the vehicle marks a breakthrough among electric vehicles thanks to its cell-to-chassis technology. There are five variants available to order: 500 Standard Battery, 606 Long Battery, 717 Ultra-Long Battery, 630Pro, and 630Pro+—the numbers denote the driving range of the vehicle, as certified by CLTC.

The 01’s design language is similar to its SUV sibling. It has a distinctive coupe-like body style with a low-slung sporty stance, a full-width light bar at the front, flush door handles, and frameless doors. According to the brand, the EV is positioned as an “all intelligent multi-scenario electric car.”

The roofline is reminiscent of the Mercedes EQS, which explains the low drag coefficient of 0.226 Cd. The slippery body could be a significant factor in helping the EV achieve its range of well over 400 miles on the CLTC metric. The EV also gets aero-optimized wheel arches for smoother airflow around the 20-inch wheels. The C01’s windshield, panoramic sunroof, and rear windscreen appear like one seamless curved piece of glass from an aerial angle. The rear looks neat with the illuminated Leapmotor badge in the center of the tailgate.

Leapmotor has incorporated three strengths of its C-position philosophy into its latest EV: C-position wisdom, C-position design, and C-position character.

We already knew that the Leapmotor C01 would get the same three-screen layout as its SUV sibling. Leapmotor has since confirmed that same be releasing an official interior image. The EV gets three screens: a digital instrument cluster, a large central display, and a dedicated touchscreen for the co-driver. While the screen sizes have not been mentioned, they’re likely to be the same as the SUV; 10.25-inch driver’s and co-driver’s displays and a larger 12.8-inch infotainment screen. Moreover, the screens are powered by Qualcomm 8155P processor and support iFLYTEK’s 3.5-gen voice recognition and industry-first FACE ID face recognition.

The system has another industry-first feature called the Android virtual machine with a 99% compatibility rate for popular applications. Moreover, there are 40 pre-installed functions that do not need downloading and are ‘click-to-use.’ Additionally, the vehicle’s software is also compatible with Oppo and Apple devices where customers can use their smartphones or smartwatches to access certain functions of the car such as door lock/unlock and automatic drive-in/drive-out remotely.

The 01 electric sedan comes loaded with premium features. Customers will get Nappa leather upholstery along with full leather-wrapped door panels. The Nappa leather-wrapped front seats also get heating and ventilation, while the steering is also wrapped in the same premium material. The brand has used suede to cover the headliner. Leapmotor calls the rear seat behind the co-driver the boss seat—a single button can move the front seat forward by 10 cm, and the rear seat backrest gets reclined by 10 degrees.

Music lovers are in for a treat thanks to the 12-speaker Hi-Fi 3D audio tuned by the French Arjamis professional tuning team. Leapmotor has taken another idea right out of Tesla’s book. A built-in karaoke system christened Leishi KTV is integrated into the infotainment, and the vehicle features a customized microphone for singers. There’s an excellent 17.5 cu ft (496 liters) of usable boot space thanks to the CTC technology. What’s impressive is that Leapmotor has developed all the critical software and hardware independently.

The Leapmotor C01 measures 198.8 inches long, 74.8 inches wide, and 59.4 inches long. It also has a 115.3-inch long wheelbase. It is the world’s first car to incorporate a cell-to-chassis (CTC) or cell-to-frame battery system. The new technology integrates battery cells with the chassis frame instead of the battery being an add-on component.

It is an EV built for long-distance driving and touring, providing a range of 445.5 miles (717 km) as per CLTC. Thanks to CTC technology, the operating range of the 90 kWh battery has increased by 10%. Leapmotor’s variable architecture oil-cooled electric drive has a maximum speed of 16,500 rpm, a comprehensive efficiency of 88.5%, and tips scales at 85 kg only. The brand has incorporated an AI BMS big data intelligent battery management system that provides protection at the cell level and controls battery power throughout its lifecycle.

The driving systems work in tandem with the Continental MK100 ESC High Plus Body Stability Control system—Leapmotor says these electronics help the vehicle maintain stability in tricky conditions. Moreover, high-strength steel accounts for 73.9% of the body. That said, the EV features a double-wishbone set-up up front and a five-link suspension at the rear for the best handling and comfort.

The Leap C01 sedan debuted on May 10, 2022, and pre-sales began the same day in China. Leapmotor has stated a price range between CNY 180,000 and CNY 270,000 (EUR 25,206 to EUR 37,809) “after comprehensive subsidy” on its website. Leapmotor offers a lifetime warranty for the first owner, which should be a big attraction for first-time EV buyers. According to a report from carnewschina.com, the company has received 45,000 bookings already!

Leapmotor plans to launch at least one and as many as three new models per year over the next few years. By 2025, the company will introduce a total of 8 new cars. We are updating this article as soon as we find out more information on Leapmotor’s expansion plans.

What is the Leap C11 SUV price?

What is the Leap C11 European launch date?

Leap Motor has not yet confirmed the launch of its products in Europe.

Which models will be the Leap C11 rivals in Europe?

The Leap C11 could compete with the MG Marvel R in Europe. 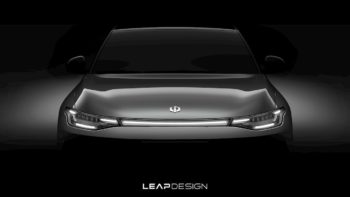 Leapmotor will launch 8 new EVs by 2025, including sedans, SUVs and MPVs.