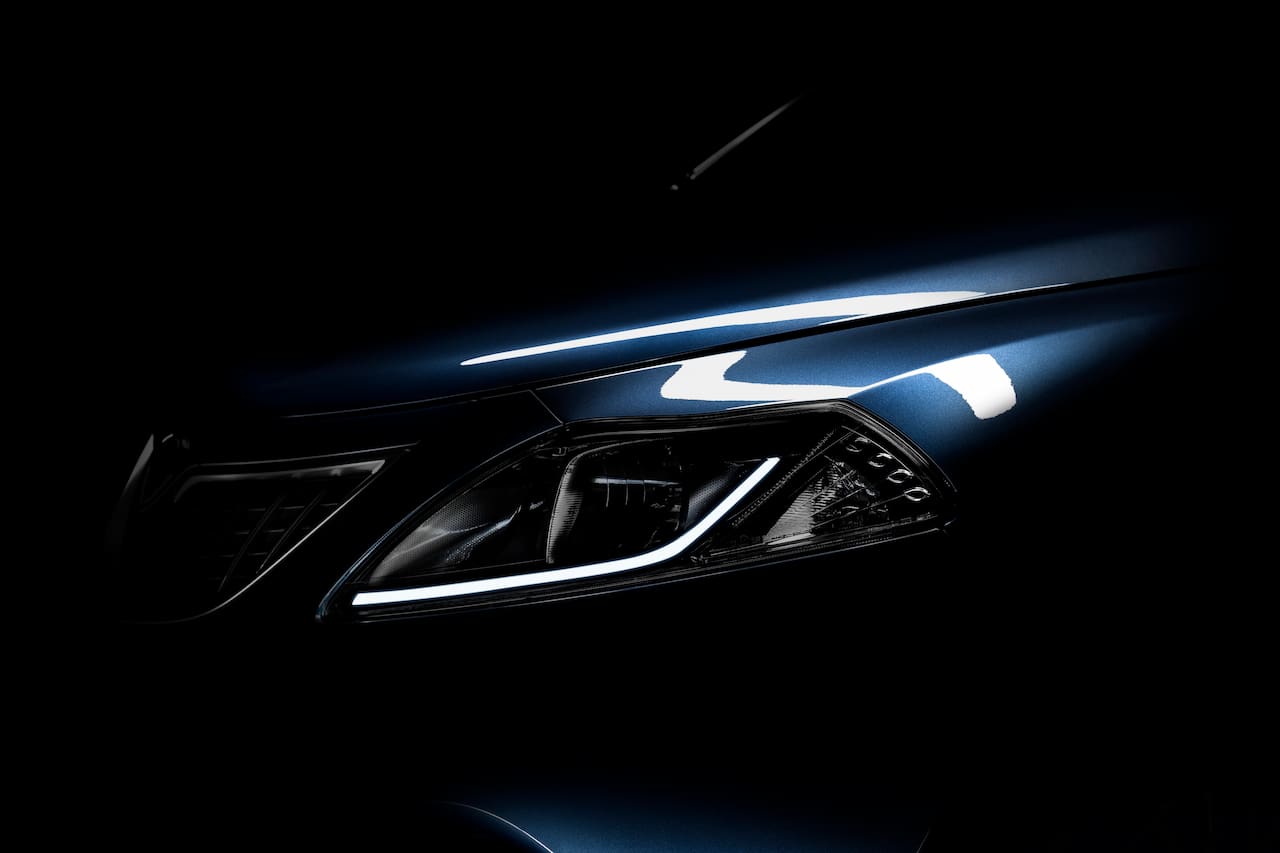 The iconic Italian car brand Lancia sees the chance to spread its wings under the new owners. Fiat’s sister brand has gained the attention of the top-level management at Stellantis, with the potential to expand it as a premium carmaker in the Old Continent during the car industry’s transition to electric vehicles.

According to a report Automotive News Europe released on 23 June 2021, three new Lancia models are in the works, and the car of interest is the compact SUV. The report says that it will debut in Q1 2026 (January-March 2026) with an all-electric powertrain as standard.

On 26 March 2022, Automotive News Europe said it learned that the Lancia model will be a “sibling” of the new all-electric DS 7 Crossback SUV codenamed DS D74. The Italian model’s internal name is Lancia L74, as per the report. The Italian media had referred to the electric SUV as the Lancia Aurelia, and in an interview with Quattroruote published in January 2021, Lancia’s CEO, Luca Napolitano, indicated that the name had not been finalized, but referred to it as the Aurelia as a matter of convenience. Lancia officially confirmed that the Aurelia is part of its future lineup during its strategy announcement in April 2022.

In an interview (via Youtube) following the strategy announcement, Napolitano talked about the decision behind reviving the Aurelia name. He said that “it is unthinkable not to draw from the past.” Starting from the past is the best way, and Lancia didn’t decide on the Aurelia name only because he is personally in love with it, the brand CEO added.

While presenting the above slide during Stellantis’ H1 2021 presentation, Carlos Tavares, CEO, Stellantis, confirmed that a new series of Lancia cars are in the pipeline:

We also are preparing for the future of the electrification of Lancia. As you see, we start with a huge gap in terms of pricing power, vis-a-vis the benchmark, which means that, if we do things well, we have a significant potential to improve our profitability of the Lancia sales. And I can tell you that we are preparing for a very exciting turnaround with a very exciting models that I have already seen, can tell you gorgeous cars are coming, strong potential to improve the pricing power.

On April 6, 2022, Lancia stated in a press release how its future cars would embody a timeless design. Cars like the Aurelia would blend modern and contemporary aspects of design. Lancia’s designers will revisit the chalice-shaped grille, and illumination within the grille is a possibility—it may be close to what BMW or Skoda have been doing with its illuminated grilles. There would also be a high proportion of recycled and sustainable materials in the cabin, which would bode well with the zero-emissions theme. Future Lancia cars would draw design cues from the brand’s rich heritage. Certain design elements may hark back to Lancias of yore.

A 2026 launch year could mean that the Lancia Aurelia could either use the STLA Small or STLA Medium platform, though we feel it could be the latter that gives the SUV the competitive edge. The STLA Small platform will be an updated version of or a successor to the second-gen eCMP that underpins a host of models currently from the PSA range and is designed for “efficient city mobility.”

The STLA Medium is designed for premium vehicles (DS and Alfa Romeo) in the C and D segments. Tavares’ confirmation of Lancia’s synergies with these premium brands adds weight to this possibility.

As per Napolitano, the brief given to him by Stellantis top boss Carlos Tavares is simple. He wants Lancia to be a respected and credible brand in the premium sector. This would mean Lancia working with DS and Alfa Romeo and would include sharing technology and software, and maybe most parts and components. However, Lancia will differentiate with its Italian character (which the CEO attributes to a fine Italian piece of furniture sought after in other countries), as DS does with its French elegance.

Expected features on the Lancia Aurelia

Lancia expects its future buyers to be progressive influencers who live in cities and are interested in driving change and making responsible decisions for the environment. Hence, Napolitano says that offering an electric drive in the Lancia Aurelia is not enough, but the company must go one step further by offering recyclable or sustainable solutions, which we think could extend to the electric SUV’s interior and maybe even the manufacturing processes. The CEO said Lancia has a goal to be the brand with the highest percentage of recyclable materials.

Speaking about the new Ypsilon, Napolitano told Quattroruote that the company was focusing on three parameters, which could evolve for the Aurelia. The first is a cabin inspired by the world of furniture. The second is a feeling of being cocooned and welcomed inside. The third is an effortless experience of interacting with the vehicle.

Lancia says that the on-board technology of its future models will be simple and intuitive. Customers will be able to control functions of the audio system, air conditioning, and other in-cabin elements with a new ‘S.A.L.A. (Sound Air Light Augmented)’ interface. Lancia aims to be the brand that uses the highest percentage of recycled materials in its future models among all Stellantis brands. It will make 50% of the touch surfaces from recycled or eco-sustainable materials.

Benchmark for the Lancia Aurelia

Napolitano expects the brand to draw customers from Audi and Mini when the new Ypsilon goes on sale, and similarly when the Aurelia and Delta EVs are launched, he would like to compete for Volvo users, he said. The dealership experience and the after-sales support would offer an experience similar to that of Mercedes Benz, the CEO commented.

Stellantis formally approved the Lancia Aurelia for development in mid-May 2021. The Italian metalworker unions suggest Fiat’s Melfi plant (Italy) as the production site of this model, it is reported.

The Automotive News report dated 26 March 2022 also said that the production of the Lancia L74 will take place at Stellantis’ Melfi plant. Stellantis will manufacture the DS D74, as well as two other EVs, codenamed DS D85 (expected to be a mid-size 5-door fastback with a higher seating position) and Opel OV85 (mid-size car), at this facility.

Carlos Tavares, CEO, Stellantis, sees Lancia as a brand about “Italian elegance.” You can expect “synergies between the Lancia, DS, and Alfa Romeo,” Tavares said in the Q4 2020 earnings conference call. To strengthen investors’ confidence in the brand, he said that “Lancia has a big potential in Italy.”

While Lancia’s presence in the European market is surprisingly strong despite limited availability, clearly, both brands need to collaborate to improve their standing. The Ypsilon was the third best-selling car in Italy in 2021, following the Fiat Panda and Fiat 500.

Napolitano said he met the dealers’ associations in European markets and briefed them about Lancia’s future strategy, including its plan to transition to an electric-only brand from 2026. He said outside Italy, Lancia does not need an extensive dealer network and that the company would focus on 60 cities in Europe, to begin with. Lancia dealers could also share back offices with Alfa Romeo and DS dealers, but the sales force and showroom experience will be separate.

Lancia will be relying on digital channels to sustain sales, with an estimation that half of Lancia sales would come from online, outside Italy. 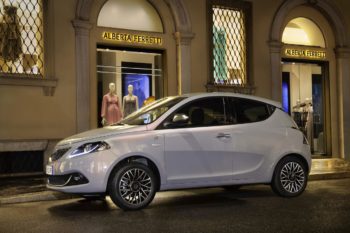 The Lancia Ypsilon EV would be one of the three models the brand will launch in this decade.