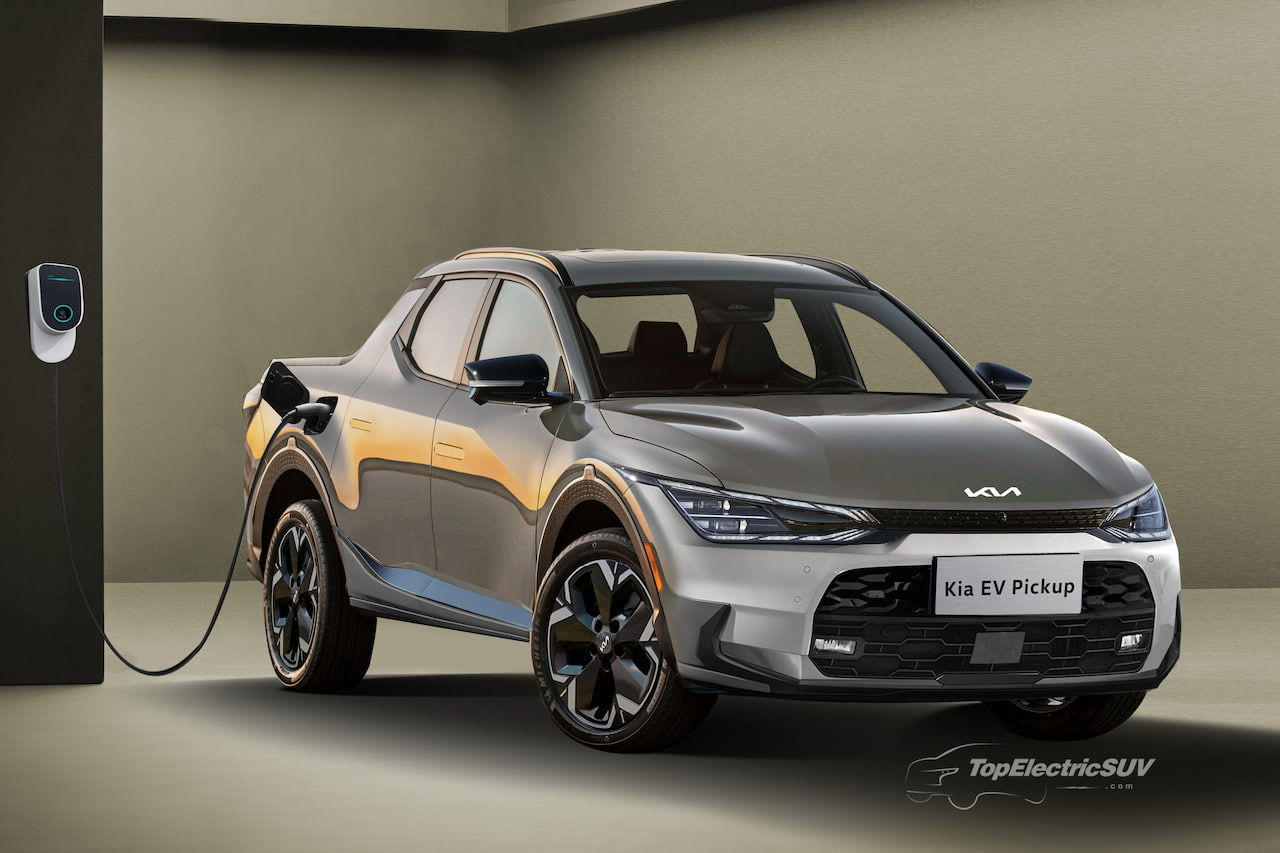 Kia will experiment with several new types of products as it transforms into an EV brand in the coming years. One of the categories it plans to enter is electric pickup trucks. Not one but two electric Kia truck models are in the pipeline, both due by 2026.

At the 2022 Kia CEO Investor Day (March 3, 2022), Kia announced that it had realigned its long-term plan of expanding its EV line-up from 11 models by 2026 to 14 models by 2027. Two of the three additional EVs Kia has confirmed on its roadmap are electric truck models (Kia electric pickup trucks).

The company mentioned that one of the two Kia truck models will be a dedicated EV and the other a “strategic model.” The latter could refer to a modified internal combustion engine vehicle platform. Since 2021, reports have talked about the Electric Hyundai Santa Cruz, which could be loaned to Kia to generate its offering, while the other could be a brand new truck, designed from a clean sheet, to challenge the Ford F-150 Lightning, Tesla Cybertruck, Scout electric truck, and the Rivian R1T.

The all-electric Kia truck models should feature bidirectional charging capabilities. Customers would be able to use the energy stored in the battery pack to power their homes and this feature would be useful during power outages. Vehicle to load (V2L) function could be useful during outdoor adventures like camping and trekking as well, to power electrical items like a grille or a party speaker. Vehicle-to-vehicle (V2V) charging would also be possible, letting customers transfer power to another EV at the work site.

With no engine under the hood, Kia would be free to use this space to improve the practicality of the electric truck models. It may offer a front trunk (frunk) for additional storage space, along with a few charging points and a cooler built into it. Customers would be able to use it to store their golf bags, work tools, groceries, and more. Plus, they would be able to use it as a cooler as well, to keep their drinks chilled or food stored at a safe temperature during excursions.

Kia should equip the electric trucks with its patented multi-charging system that supports 400V and 800V DC charging to maintain its competitive position. Customers would be able to charge the Kia truck models with speeds ranging from 50kW to 350 kW using DC chargers. DC charging from 10 to 80% could be a matter of just around 20 minutes.

Kia would extensively use eco-friendly materials in the cabin of the EVs. These may include recycled plastics for floor carpet and sustainable suede and vegan leather for the upholstery in the Kia truck models.

Instead of traditional wing mirrors, the bespoke Kia truck could feature a camera monitoring system that sends a live visual feed to dedicated OLED monitors placed in the cabin. The digital side mirrors reduce air resistance, provide a better rear view even in dark or bad weather conditions, and improve the driver’s spatial awareness.

Kia electric truck in the U.S.

Kia America is not jumping the gun. Kia America Marketing VP Russell Wager spoke to Green Car Reports at the 2022 New York Auto Show and stated that Kia is still evaluating the business case for an electric truck. Wager stated that the product, which would be a global electric truck, would not be positioned in the affordable end of the segment and would be a premium offering. This is no surprise, as the aforementioned electric pickups are all premium products.

It would be an aberration if the Kia pickups don’t come to the U.S. market, or make the region its priority. Pickup trucks are extremely popular in the United States, and along with SUVs, accounted for more than two-thirds of new vehicle sales in 2021. There are already hundreds of thousands of orders for upcoming models, and demand is in the stratosphere. The GMC Hummer EV and Hummer SUV, for instance, have 77,500+ reservations with wait times running into months and years, the Ford F-150 Lightning has 200,000 reservations, and the Chevy Silverado EV has 140,000 reservations. How Kia embraces the segment is something we can only wait and watch.

Starting in 2023, Kia will release at least two new EV models a year to establish a full line-up of 14 electric vehicles by 2027. On top of the 11 EV models announced in 2021, the electric pickup trucks and an emerging market entry EV are new additions.

Production of at least the dedicated model, if not the strategic model, should take place in the U.S. The truck could roll out of a factory in the State of Georgia, either the upcoming Hyundai Motor Group Metaplant America (HMGMA) dedicated EV factory in Bryan County or the existing Kia Georgia plant in West Point. This decision would be driven by the fact that Kia would want to ensure competitive pricing and Clean Vehicle Credit eligibility for the electric pickup truck(s) it launches in the U.S.

Answering Autocar.co.uk in 2021, Kia’s design head Karim Habib said he would welcome a pickup with “open arms,” stating that he believed even in the U.S., despite loyalty to existing brands, new opportunities are opening up.

Before venturing into new segments where they have no experience, Kia must introduce zero-emission alternatives to the bread earners like Forte, Sportage, Telluride, and Optima. According to JD Power, 78.5 percent of the estimated retail sales in the U.S. auto market (of new vehicles) were SUVs and pickups (trucks) in 2021.

Spy shots have revealed a Kia pickup truck with an internal combustion engine undergoing testing in South Korea. From the design and front fascia, the prototype looks to have been derived from the Kia Mohave. The portion until the B-pillar looks identical to the large SUV.

Many media outlets have mistakenly reported this pickup truck as one of Kia’s upcoming two electric pickup trucks. However, one of the spy shots (see on Facebook) clearly shows an exhaust system and a tailpipe at the rear, debunking that speculation. On August 6, 2019, The Digital Times said in an exclusive report that a pickup truck code-named ‘Kia TK’ will arrive in 2022. Perhaps, that project is running behind schedule because of the COVID-19 pandemic throes and the supply chain issues in the auto industry.

One of the possibilities is that the “strategic” pickup truck is an electric conversion of the TK. We should learn more about the Kia truck next year.

The Kia electric pickup trucks could be among the few value-for-money, affordable models in their respective segments and significantly contribute to making electric pickups accessible to the masses. The bespoke model should provide plenty of high-end technologies, innovative convenience features, and a bold design that appeals to young customers, whereas the derivative vehicle could be an ‘adventurous’ alternative to a sedan or an SUV! 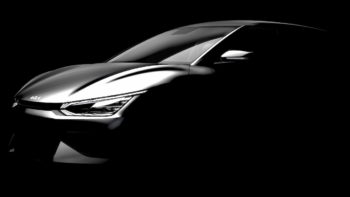 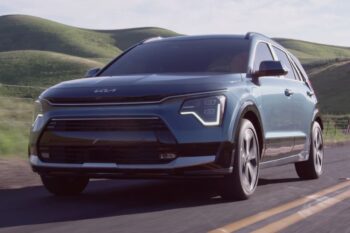