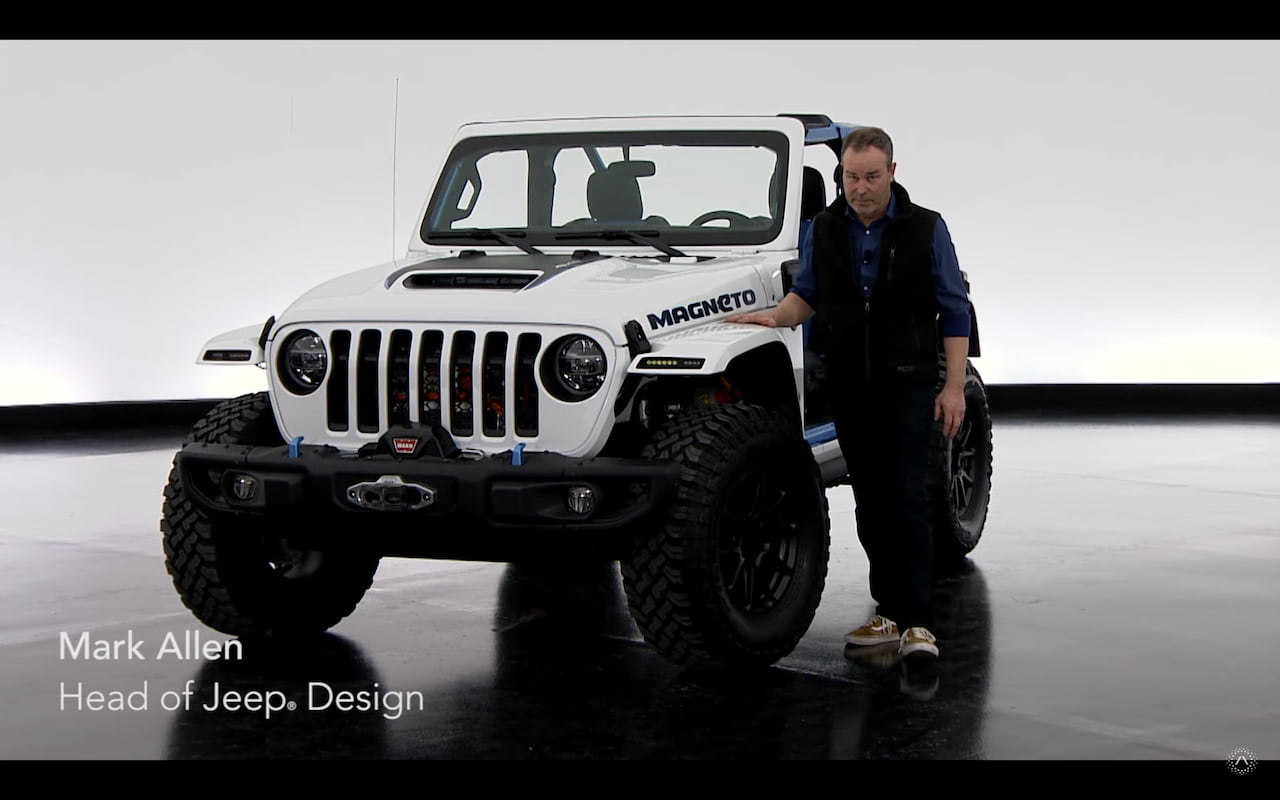 This year’s Moab Easter Jeep Safari, held between March 27 to April 4, saw an interesting concept from the brand – the Jeep Magneto – a battery electric vehicle concept based on a 2020 Wrangler Rubicon. According to Mark Allen, head of Jeep’s design studio, this may mature into a Jeep Wrangler electric in showroom floors of your nearest Jeep dealer in the following years.

While it is no secret that an electric Jeep is in the works, the Magneto perhaps gives some insight into what the final product would be or rather would not be like. Allen told The Detroit News that Jeep would take the Magneto to Moab (a natural testing ground for Jeep) over the next three years to make changes along the way. He hinted that the production model (Jeep Wrangler electric) would be done differently and teased the possibility of the production version looking quite different from the Magneto.

The Jeep Wrangler is already quite a versatile product, and its electric variant will further build on that. EV technology brings new design possibilities, particularly at the front, and it allows improving space for people and gear, Christian Meunier, CEO, Jeep, said at an APAC conference on July 13. The core design will remain unchanged, though, and we expect mainly tweaks to the existing design. Meunier said that the Jeep Wrangler Rubicon 392 is a dream vehicle, but the company has to adapt to the changing world and make its products even more exciting.

The 392 Wrangler is a dream vehicle at the same time the world is changing and evolving and our role is to make Jeep even more exciting and that platform of electrification gives it to us, we are lucky to have it. So we embrace it. The Jeep community likes nature, they embrace nature and to have a product that doesn’t pollute nature is quite great. And to drive in silence in nature is awesome, it is magic!

Will stay true to the original 1941 Jeep

Allen said at the roundtable that the company won’t throw away the existing theme and start over again. It’s very important for customers and, thus, for the brand to carry forward the traditional design. The Wrangler will always have some familiar connections to Jeep’s history from day one – the 1941 Willys Jeep. The design chief recollected the time when Jeep changed the Wrangler’s headlamp shape from round to square and removed the pitchforks and torches out, saying that “people were horrified by that.” The company has learned the lesson that it’s always baby steps for the Wrangler when it comes to design changes, and so, the Wrangler electric will stay true to the original design.

The mechanical pieces, being able to finally move some of those pieces around will allow us a lower shorter hood, front storage like we talked about, not having to do the cooling up front, maybe I can move the wheels forward into a better position, the idea of having the torque being applied to the wheels in a different manner offers me some design solutions. Finally being able to move some big nuggets around on a platform that we couldn’t before. I think we can make a much more efficient package to the vehicle.

Mark Allen, Head of Jeep design, on how an electric powertrain liberates new ideas to design

Allen previously said that Jeep would use the Magneto to gauge reaction from Jeep enthusiasts. One of the main concerns among Jeep enthusiasts is the charging infrastructure during long camping trips, which Jeep seems dedicated to solving using solar-powered charging stations, which are coming up at its Badge of Honor trails at Moab and Rubicon Trail in California.

The whole reason for doing this (Magneto concept) was just to see what does a battery electric Jeep do in the off-road environment of Moab. Magneto is set to be a test bed for us to answer those questions that we have curiosities about.

The Magneto uses a custom-built axial flux electric motor that operates up to 6,000 rpm, in combination with four battery packs with a combined power of 70 kWh, running an 800-volt system. The e-motor features a 6-speed MT with regen available during clutch engagement.

The Li-ion batteries are distributed around the Wrangler to balance weight on the four wheels. One pack replaces the Wrangler’s fuel tank, another is mounted opposite the fuel tank location, the third pack sits on top of the e-motor and the fourth in the space normally used for a rear storage compartment.

The Jeep Wrangler is going electric primarily because of stricter emission regulations, but there are many advantages customers will get from the transformation. An electric powertrain provides silent driving, which would make the Wrangler even more suitable for safari and other expeditions for animal/bird-watching. The extra storage space a front trunk provides would make it more practical in both urban and off-road situations. These benefits are in addition to the most basic advantage, which is instant torque. The company can also give each wheel a dedicated motor to further improve off-roading capability. A shorter hood could improve the visibility of the road/trail ahead.

By the next decade, the Jeep Wrangler electric could gain the capability to drive underwater. At the virtual roundtable on July 13, Jeep teased a fully submersible Wrangler in a video. Meunier referred to that capability as “a wink to the future” and said it “could be a dream after 2030.” “Maybe not a dream, though,” Meunier quickly corrected, suggesting that the company wants to make that dream of off-road enthusiasts true next decade.

One of the other elements is clean air, we’re working on a vehicle right now in my shop, it’s a future vehicle we’re talking about, how we could open the back of the vehicle up somebody brought up, we’ll you’ll have exhaust fumes coming in the back, no not in an electric vehicle, it’s pure! Electricity is going to make not just a new Jeep, but a better Jeep in every way, and we’re very excited about that!

Mark Allen, Head of Jeep design, dwelling on the benefits an electric powertrain brings to a Jeep SUV

Jeep plans to launch the Wrangler electric by 2025. The company wants to have a zero-emission fully electric Jeep 4xe model in every SUV segment and convert 70% of its sales to electrified models by then.

Until the introduction of the Jeep Wrangler electric, environmentally conscious Jeep enthusiasts will have to contend with the Jeep Wrangler 4xe, the company’s first PHEV in North America, which starts at USD 49,805 and is now sold out for the rest of the year.

Update: Story’s conclusion updated with information about a Compass hybrid spotted in the U.S. 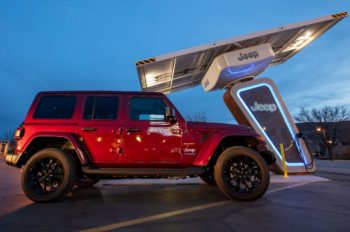 Demand for the Wrangler 4xe PHEV is so high that customers placing orders have to wait until 2022 for deliveries.