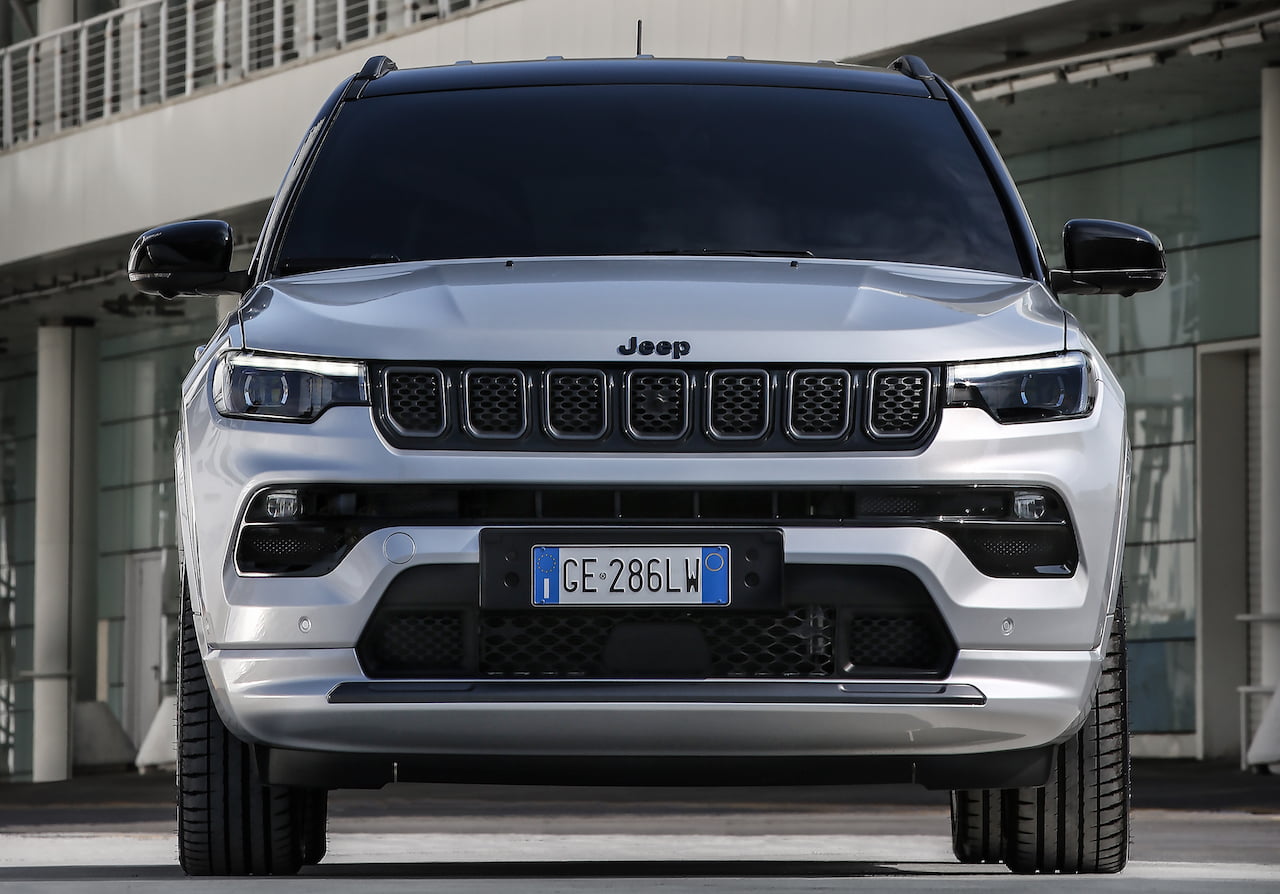 With the PHEV on the market, Jeep may still not be done with the electrification of the current-gen Compass, as we explain in the final section of the story.

Designers have revised the headlight housing and graphics and used new inserts for the honeycomb grille positioned behind the seven slots. The central and lower grilles, fog lamps, and bumper also are unique. The headlights and fog lamps of the 2022 Compass are LED units, which wasn’t the case with the 2021 Compass, and the new front lighting offers approximately 100% more brightness. At the rear, the Compass gains new taillight graphics and a kick-activated tailgate.

The headline, however, is that the 2022 Jeep Compass 4xe packs major interior upgrades. Everything from the dashboard to the door panels has a new design now looks upmarket and more welcoming than the old car.

The new dash design is sleek, an aspect evident with the 10.25-inch full-HD virtual instrument cluster and the new center console with a more compact climate control panel and a bigger, floating touchscreen infotainment system. Slim horizontal AC vents have replaced the relatively large vertical AC vents. Unlike the old model, the outer-end AC vents are on the dashboard’s top and much smaller.

The Uconnect 5 infotainment system has made it to the Jeep Compass plug-in hybrid with the mid-life update, and buyers can have it with an 8.4-inch or a 10.1-inch display. For the 10-inch display, there’s an option to bump up the resolution to ultra-HD, which should offer crisp graphics. Wireless Apple CarPlay and wireless Android Auto are also among the new convenience features, and so is voice control with the wake word “Hey Jeep.”

No Jeep Compass 4xe for the United States

The new Jeep Compass facelift made its U.S. debut at the Chicago Auto Show on July 14, 2021. Like the previous model year, it is available with only an internal combustion engine in the U.S. market. A conventional 2.4-liter naturally aspirated gasoline engine producing 177 horsepower and 172 lb.-ft. We hoped that Jeep would add the 4xe plug-in hybrid system to the U.S.-spec Compass powertrain line-up with the mid-cycle refresh, but that didn’t happen.

Jeep has intensified electrification efforts with new U.S.-focused EVs like the Jeep Recon and Jeep Wagoneer S (provisional name). So, it’s strange to see the company not introducing the Compass 4xe stateside even with the mid-cycle refresh.

The most recent 4xe launch in the U.S. was the Wrangler, in line with the ambition to make Jeep the greenest SUV brand globally. The model, according to Jeep, became the best-selling plug-in hybrid car in the U.S. within three months of the launch and was sold out for 2021 in no time.

Stellantis has announced the Jeep Compass eHybrid (mild hybrid) variant for the European market. Orders are open now, and vehicles are expected to begin arriving in the UK by March 2022. The plug-in-hybrid 4xe versions currently account for more than 25% of Jeep’s sales in Europe, and the new MHEV variant will further bolser the sales of electrified Jeeps. Antonella Bruno, Head of Jeep Brand Europe, quoted that the introduction of Compass and Renegade hybrid variants “is another step towards the comprehensive electrification” of Jeep’s European portfolio.

The Compass eHybrid is powered by a new 4-cylinder 1.5-liter turbo-petrol engine tuned to produce 130 hp and 240 Nm. It’s supplemented by a 48-volt electric motor, adding another 15 kW (20 hp) and 55 Nm to the mix. Power is sent to the rear wheels via a 7-speed DCT. Delivering up to 15% lower fuel consumption, the Compass eHybrid can drive on purely electric power in certain situations. Full electric propulsion is available at start-up, at slow speeds, while cruising, and during parking.

Additionally, the Compass eHybrid features brake energy recuperation that recovers kinetic energy generated during braking, converts it to electric power, and stores it in the onboard battery. The stored energy is then released during hard acceleration and provides a ‘torque-fill’ in addition to the torque produced by the ICE. It has various modes like e-Launch, e-Creeping, e-Queueing (for stop-and-go traffic situations), and e-Parking.

Jeep Compass eHybrid price starts at GBP 32,895 OTR in the UK. It remains to be seen if eHybrid is offered in the United States. 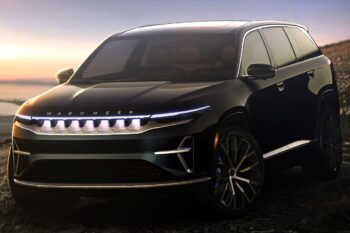 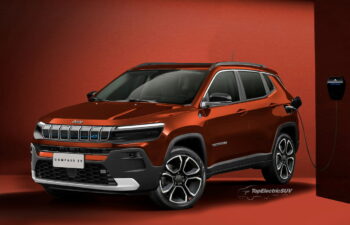 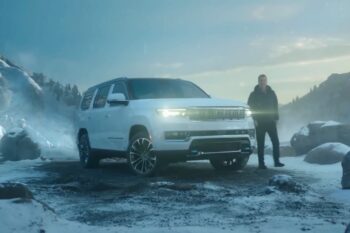