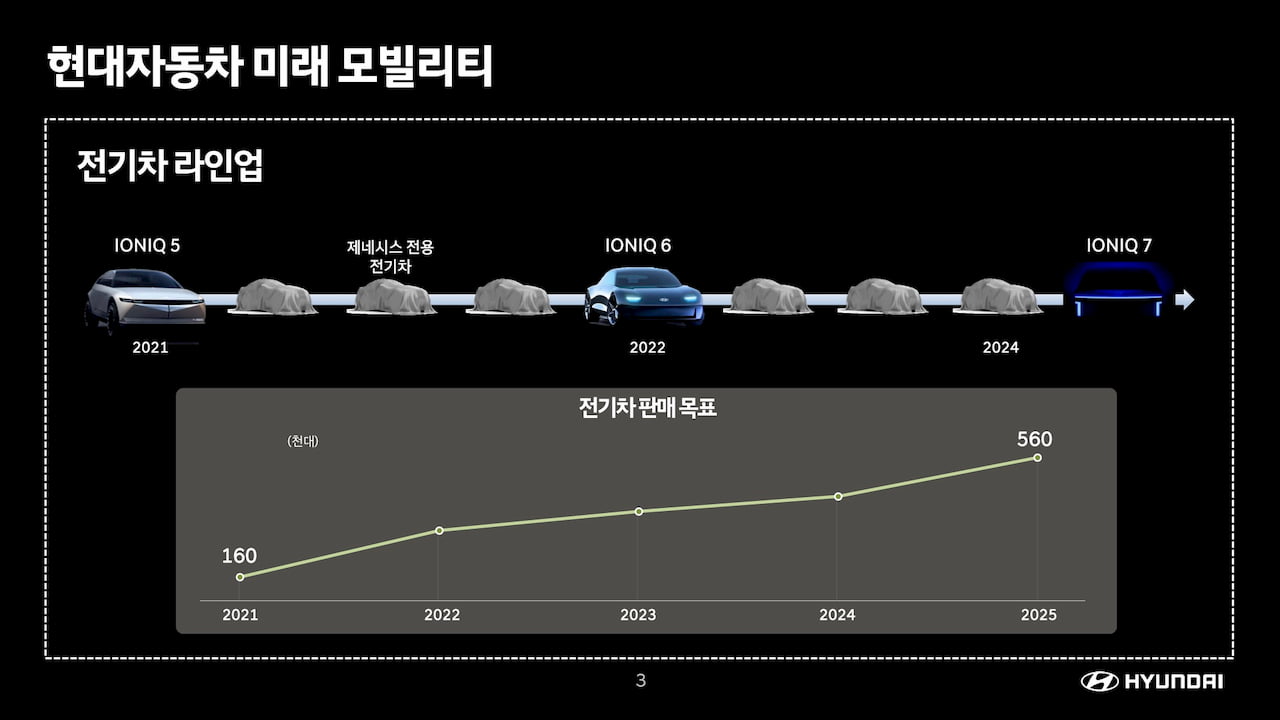 Hyundai Motor has teased nine new EVs at the 2020 CEO Investor Day held this month. Launches begin with the Ioniq 5 in 2021 and end with the Ioniq 7 in 2024.

While the presentation slide suggests nine EV launches by 2024, Hyundai has announced that it plans to launch more than 12 EVs by 2025. So, the remaining three could arrive in the last year of the company’s mid- to long-term plan. The 12 EVs include both dedicated EVs based on the E-GMP platform and derivative EVs spun off of ICE models.

We will start expanding our EV line-up with the Ioniq 5 to respond to the growing EV market. Going forward, HMC plans to release more than twelve EV models by 2025, with a goal of reaching 560,000 of annual sales.

Speaking further, Biermann suggested that in some markets like the U.S., Hyundai plans to convert its entire line-up to electric cars. In other markets, it is considering to have a line-up in which more than 50% of cars are electric.

We intend to achieve full EV in our key markets and secure an 8-10% market share by 2040. Starting in 2030, Hyundai Motor Company plans to gradually shift its line-up over EV in key markets such as Europe, China and United States, while maintaining ICE vehicle production capacity in emerging countries such as India, Russia and Brazil, but which will be limited to less than 50%.

The EVs confirmed up till 2025 are Hyundai and Genesis products. The Kia EVs arriving from next year beginning with the Kia CV (production Kia Imagine) will be in addition to these.

4 of the 12 electric cars are defined

Of the 12 Hyundai and Genesis EVs, we can confidently identify the 4 dedicated electric cars: Ioniq 5 compact crossover (2021), Ioniq 6 compact sedan (2022), Ioniq 7 large SUV (2024) and Genesis JW compact crossover (2021). The derivative EVs will include the Genesis eG80 executive sedan, Genesis eGV70 mid-size SUV, next-gen Hyundai Kona Electric small SUV and perhaps the pint-size Ioniq 3 that is reported to go into production in Singapore in 2025.

At least three of the dozen electric vehicles Hyundai plans to release by 2025 will be Hyundai-badged low-cost electric cars to establish a presence in emerging markets. There would be a few other EVs rolling out in the next five years that are not meant for U.S., including the MPV EV circled in the presentation above. 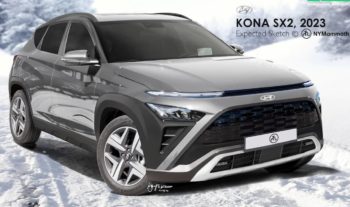 Spy images have given away many details of the next-generation Kona Electric. 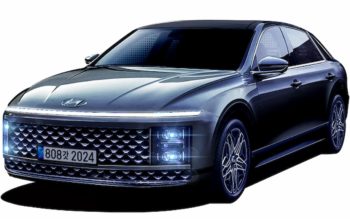 The 7th generation Grandeur should come with a neat surprise in 2023.