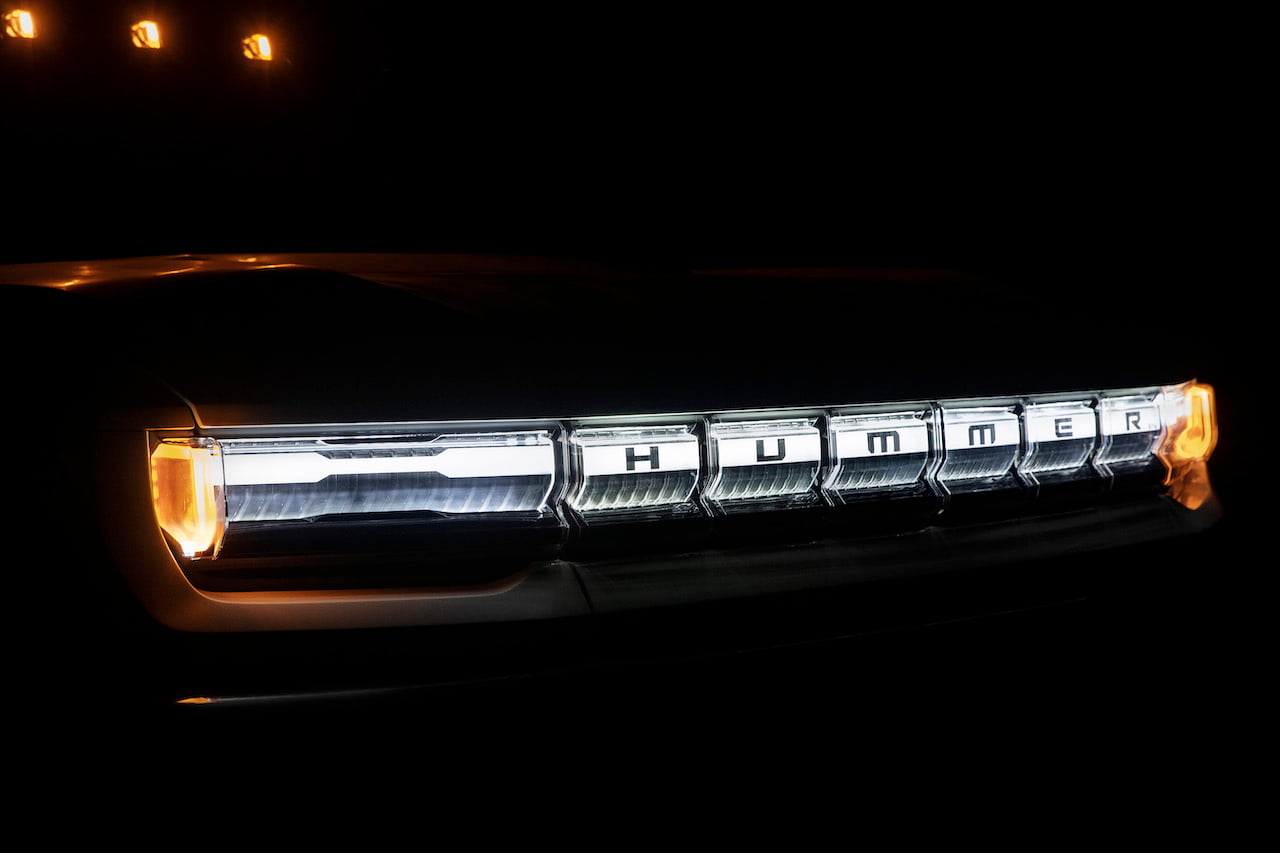 While General Motors have communicated nearly everything that there is to know about the Hummer EV, turns out, there’s a lot of interesting bits and bobs in the electric pickup, which you would come to know only if you sat in one. Thankfully, we have Doug DeMuro’s video which reveals Easter eggs in the Hummer EV. Here’s 20 of them –

1. The lightbar in the front recognizes you as you walk up to the Hummer EV, and lights up with the ‘Hummer’ name.

2. When you charge the Hummer EV, there are little bars in the headlight cluster which light up and let you know the progress of charge, so you can see the status of charge from the outside, instead of getting into the Hummer EV. This is a trick similar to what Rivian is doing with its R1T & R1S models.

3. Without modifying any aspect of the Hummer EV, owners can fit up to 37 inch tires, though GM will not sell you these themselves. You can get up to 35 inch tires from the factory though.

4. A blacked-out, American flag is hidden in the C-Pillars of the Hummer EV, proudly proclaiming the Hummer’s American heritage.

5. The speaker grilles on the doors have a pattern which is inspired from the Sea of Tranquility of the Moon. Doug speculates this design highlight is present to remind us that the Hummer EV is a new frontier for GM, the same way the Moon was a new frontier for mankind.

6. The dead pedal is perfectly matched for Neil Armstrong’s Moon Boot that he used in his historic moonwalk, which could be for the same reason above, to indicate new ‘leaps’ GM is making in the EV industry.

7. The rear seat backs themselves have integrated storage which open like a safe, and when closed, you cannot tell there is a storage space present. This is so that owners can store valuables even when the windows of the Hummer EV are rolled down and they are not present in the vehicle.

8. The rear windscreen rolls all the way down, though Doug indicates this could be specific to the prototype unit. We hope this makes it to production too!

9. The SkyView, which GM announced can be removed, is all glass. So, even when they are attached to the roof of the Hummer EV, occupants inside get a full view of what is going on outside. There is no privacy screen though.

10. The frunk (front trunk) can rise up electrically, which is a first in the EV industry. What’s more, the SkyView panels can be stored in the frunk so the truck bed is still available for all your storage needs.

11. A thumbs up pattern is placed underneath the truck. The explanation: If you roll over the truck on its roof, the thumbs up becomes a thumbs down, which should indicate something has gone wrong if it wasn’t obvious in the first place!

12. The WTF (Watts to Freedom) Launch control system is more of an experience than just a feature. When used, the Hummer EV lowers, a sounds start playing in the interior through the speaker to enhance the drama, and then the seats start vibrating before the Hummer EV launches to 60 mph in just 3 seconds (time for the Hummer EV Edition 1).

GM won’t limit the number of times the driver can use Watts to Freedom, Product chief engineer Al Oppenheiser told musclecarsandtrucks.com. Just like in the Porsche Taycan, the driver can conduct acceleration sprints that can prove strenuous for the powertrain as many times as he/she wants. The vehicle won’t need to cool down after a quarter-mile run.

13. If you are in rock crawling mode, which brakes individual wheels based on traction, and there’s a lot of braking happening, the system will use the braking as regen for the batteries, to further the range.

14. The Hummer EV’s interior does not have auxiliary switches, but the center touchscreen unit features at least four of them which you can customize for your accessories, including a winch or additional lightbars, or whatever they may be. Customizable logos for the switches include a Bigfoot!

15. A tire deflation assist lets the driver deflate the tire for off-road use, without getting out of the Hummer EV. The My GMC app lets the driver watch the tire pressure going down in real time!

16. A drift meter in the Hummer EV lets you measure the extent to which your tail slipped out, in degrees.

17. In addition to exterior cameras, there are 2 cameras mounted under the Hummer EV which let you know what the inside of the wheels are doing. Further, GMC will supply spare lens caps which the owners can use if the original caps get damaged.

18. The rear differential lock in the Hummer EV locks up the rear motors themselves which allow the rear tires to spin at the same rate.

19. With the Hummer EV raised to its maximum off-road height using the air suspension, drivers can tackle the off-road with approach of 50 degrees, which beats the Jeep Wrangler and newly announced Ford Bronco!

20. All lighting elements of the Hummer EV (headlights, taillights, lights in truck bed, and high mounted stop lights) are shaped in the letter ‘H’, which might not be seen in pictures, but becomes obvious when viewed up close.

21. Oppenheiser also revealed that the 2022 GMC Hummer EV won’t have a speed limit. The GMC Hummer EV is developed as a sport truck and the company doesn’t want restrictions on its performance aspect. Up to 1,000 horsepower and up to 1,000 pound-feet of torque will be available in the 2022 Hummer SUT, and there will be nothing restricting the EV from reaching its maximum potential. Oppenheiser said that the range and energy usage will be in the hands of the customers. 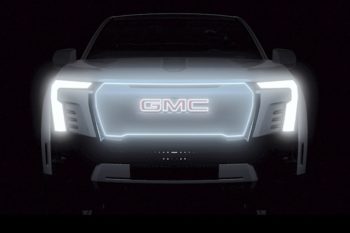 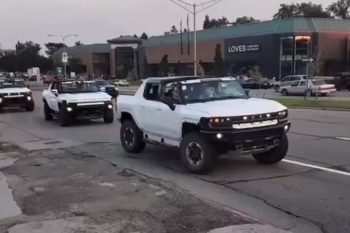 GM has increased testing and promotional activities of the Hummer EV. 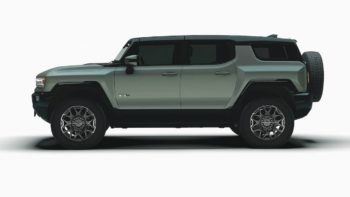 The electric Hummer SUV and Marvel Cinema share a key bit of technology. Do you know what it is?