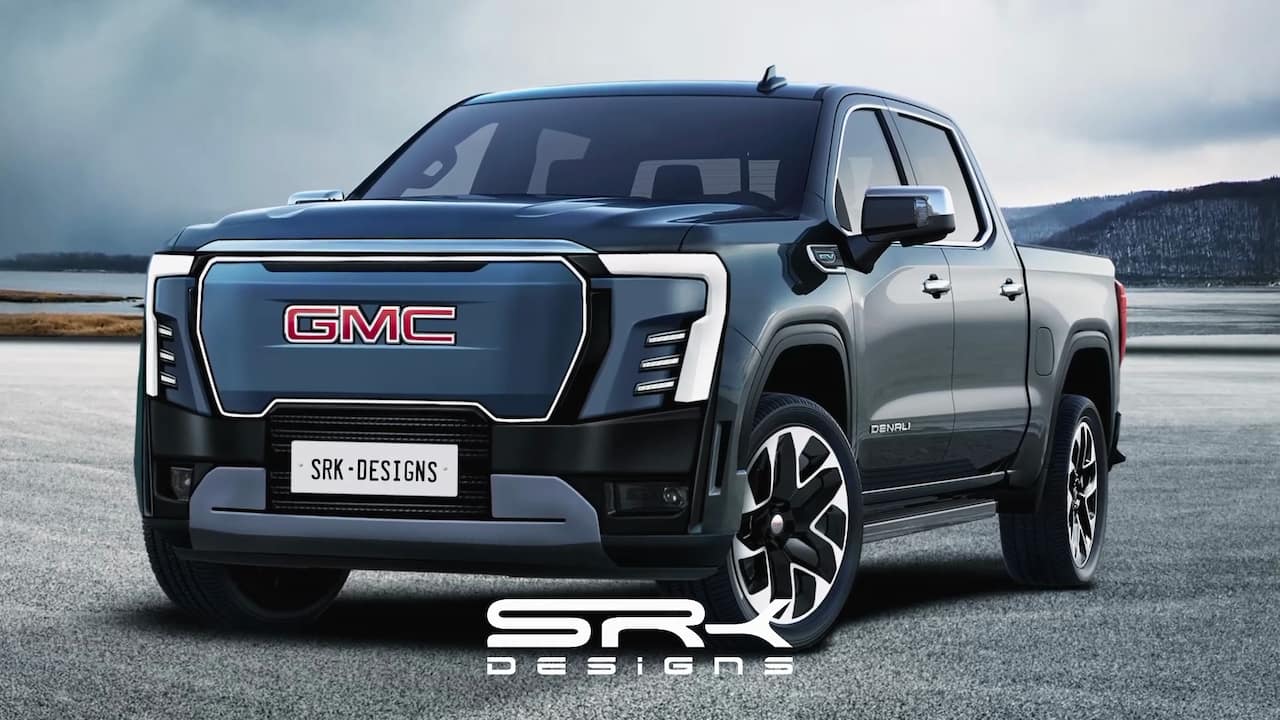 After General Motors announced the Chevrolet Silverado EV in April 2021, it was only a matter of time before an equivalent GMC electric truck came into focus. On December 15, 2021, the company launched the GMC Sierra electric truck teaser, revealing its plan to enter the hotly contested segment.

Here’s everything we know about the GMC electric truck:

The teaser of the GMC Sierra electric truck partially reveals the front-end. The company said that the model is in the premium ‘Denali’ trim. GMC has opted for an attention-grabbing design but with a clean and minimalist theme. The no-frills styling on the electric truck is nothing new to the world of EVs, but it is new territory for GMC Denali models.

The future GMC electric truck features a bold headlight design, a smooth, closed surface in place of a traditional radiator grille, and a pronounced power bulge in the center of the hood. The faux upper grille and GMC logo get illumination, but we are most likely looking at a concept model, and the production version should have a toned-down design. The production version may feature all-LED lighting and aero wheels for lower energy consumption and higher aerodynamic efficiency, respectively.

The rendering previews the Sierra electric with a crew cab, which is the most common cab configuration among Gen 1 electric trucks, as seen in the case of F-150 Lightning, R1T, Silverado EV, and Cybertruck. It features squarish windows, an offset shark-fin antenna on the front of the roof, chunky mirrors, aerodynamic wheels, Denali branding on the front doors, and an EV badge on the front quarter panels.

Expect the interior to have discernible changes compared to the GMC’s gas-powered truck. The electric variant should sport a modern cabin with a fully digital instrument cluster and a large touchscreen infotainment system.

Compared to the Silverado EV, the GMC electric truck should be premium in terms of quality and features. GMC may equip the Sierra electric truck with high-tech features, including a 17-inch touchscreen infotainment system, a 14-inch HUD, and an 11-inch fully digital instrument cluster. New tailgate solutions, an adaptive air suspension, bidirectional charging, cruelty-free and sustainable interior materials, and a fixed-glass roof could also be among the main features of the Sierra EV.

The GMC electric truck should feature a Multi-Flex Midgate. The wall dividing the cab and the bed could be foldable while the rear seats remain up. Folding it down would free up plenty of extra storage, allowing customers to carry longer objects that is not possible in a traditional truck of this category.

With a gas engine not occupying the space under the hood, GM will be free to use the area to offer extra storage space. Expect the GMC electric truck to have a lockable, weatherproof compartment in the front, a feature commonly referred to as a ‘frunk.’ This front trunk may have enough space to fit a large hardside suitcase.

On April 25, 2022, GM announced that all EVs using Ultium technologies will feature a heat pump. Instead of the heat generated by the battery pack, power electronics, and other propulsion components going to waste, it will be stored to heat up the cabin and also the battery pack in cold weather conditions. This way, the climate control system will use lesser energy from the battery pack to heat the cabin and charging the battery pack will be a more efficient process. GM uses a patented heat pump that can also capture and use humidity from both inside and outside the vehicle, including the passengers’ body heat.

Super Cruise, GM’s trailering-capable hands-free driver-assistance technology, would allow traveling hands-free on 400,000 miles of compatible roads across the U.S. and Canada. This is a semi-autonomous driving assistance system in which the driver needs to pay attention on the road.

In October 2021, GM launched the first-ever Denali Ultimate trim for the gas-powered Sierra to take it to a new level of luxury. The company decked the vehicle with unique styling bits like a distinctive grille in Vader chrome, exclusive wheels open-pore Paldao wood trim, and full-grain leather appointments. GMC could offer the Sierra electric in a similar high-end trim, crafted to ensure that it pairs with the EV’s clean design.

The GMC Sierra electric truck will use the Ultium platform and should come in retail and fleet versions. Internally called BT1 platform, it’s neither a body-on-frame nor a unibody, Nichole Kraatz – Chief Engineer, Battery Electric Trucks, GM, told GMAuthority. Kraatz said it is a different type of architecture in which there’s a body having a floor, the battery pack forms “a good portion of the structure,” and “those two are connected after the body exits the body shaft.”

BT1 currently underpins the GMC Hummer EV Pickup. The officially revealed but yet-to-be-launched models on this platform include the Hummer EV SUV and the Chevrolet Silverado EV. The Electric Cadillac Escalade would be another beneficiary of the BT1.

Expect multiple technical configurations with different battery pack capacities and power and torque outputs on the GMC electric truck. The battery packs should have an operating voltage of around 400 V. The total energy in the largest battery pack should be well over 100 kWh, enabling a GM-estimated range of 400+ miles. Expect 200 kW to be the maximum charging power for DC fast charging, with a 10-minute charge offering around 100 miles of range.

The upcoming GMC electric truck will be manufactured at GM’s Orion Assembly plant (Michigan), USA. The company currently builds the troubled Bolt series at this factory. It’s preparing to upgrade the plant to make Ultium-powered models, including the Sierra electric and the Silverado EV.

A USD 4 billion investment is earmarked for the Orion Assembly plant to produce Ultium EV models. This massive capital will give the factory new body and paint shops and new general assembly and battery pack assembly areas and increase its production capacity. The rollout of the Sierra EV and the Silverado EV in Orion will commence in 2024.

GMC will likely launch its new electric pickup truck in the first half of 2024. The Ford F-150 Lightning rival would be the second GMC electric pickup after the Hummer EV. A concept version should break cover in a few months. Expect the price of the GMC electric truck to start at around USD 60,000.

Speaking to Yahoo Finance on May 2, 2022, GM Chair and CEO Mary Barra said, “Not too long after the Silverado launches, and we’ll also have the GMC,” when asked about new electric pickup trucks. Barra indicated that General Motors wouldn’t just offer a single electric truck, but a proper portfolio. She mentioned that the broad range of truck buyers, from people who need it for their livelihood to those who think truck ownership is cool, would find its electric pickups as attractive options.

What is the GMC Sierra electric release date?

The GMC electric truck will likely go on sale in H1 2024.

What will be the GMC Sierra electric price?

The GMC electric truck will be available in the high-end Denali trim at launch, probably from around USD 60,000.

Which models will be GMC Sierra electric alternatives?

The GMC EV truck will compete with the Ford F-150 Lightning and the Tesla Cybertruck. 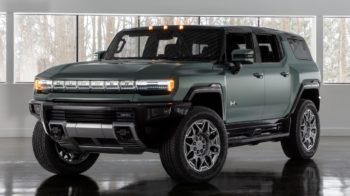 GM’s most extreme SUV is back, and this time it’s a clean electric vehicle. 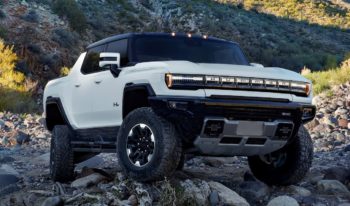 The 2023 GMC Hummer EV Pickup is coming soon, and it has several changes. 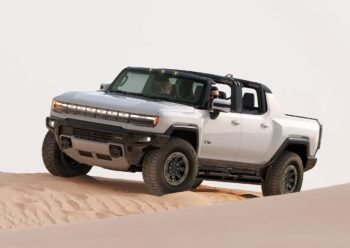