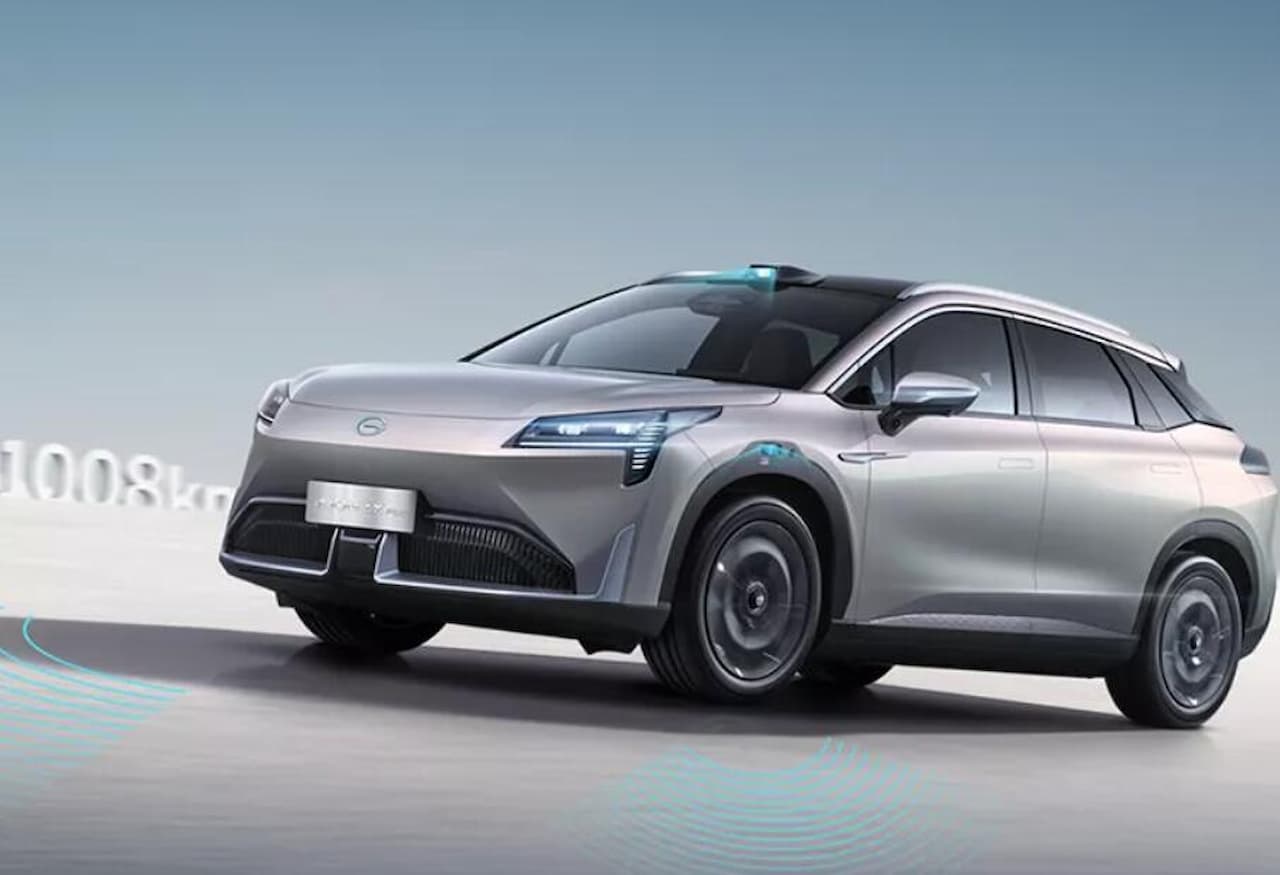 At the 2021 Guangzhou Auto Show (19-28 November 2021), the GAC Aion LX Plus was presented with the headline of the world’s first electric SUV (production vehicle) with a travel range on a single charge exceeding 1,000 km (621 miles). Here is everything we know about the Aion LX Plus.

Aion is a sub-brand of the GAC Group specializing in electric cars and SUVs. The SUV portfolio of Aion includes the models Y, V, and LX. The LX comes in nearly 13 different variants, with single and dual motor configurations with the maximum range model promising 600 km (372 miles). The Aion LX Plus takes it a step further, as we’ve explained in the Specifications section.

The Aion LX Plus Thousand Miles Edition features a 144.4 kWh battery pack for its impressive range claim. It features an energy density of 205 Wh/kg (for reference, the batteries on the Tesla Model 3 have a density of 260 Wh/kg). A single motor spins the wheels, producing 180 kW and 350 Nm. A 0-100 km/h sprint takes 7.9 seconds.

Despite its 144.4 kWh capacity, the size of the battery will be similar to that of the LX’s 95 kWh battery. Courtesy of its compact dimension is GAC’s proprietary silicon sponge negative cell battery technology. The LX Plus features redesigned bumpers and LiDAR on its roof.

Using the new battery technology, and despite not going the solid-state way, GAC claims that it can achieve up to 280 Wh/kg energy density (the standard LX has a density of up to 180 Wh/kg) and reduce the size of the battery by 20 percent and weight by 14 percent. The technology replaces traditional graphite anode materials with silicon-containing anode sheet inside the battery, which GAC claims are as soft as a sponge. The development has taken over five years, according to GAC.

In addition to a compact size, low-temperature performance will also improve, and even after 1,600 charge cycles, the battery can retain 95 percent of its capacity. The silicon sponge technology was showcased at the Auto Shanghai 2021 (April 19-28, 2021).

The quickest Aion LX Plus offers a two-speed gearbox and a dual motor setup for a quick sprint to 100 km/h (62 mph) in just 3.9 seconds.

The Aion LX Plus gets a 15.6-inch central infotainment system, AR-enabled navigation, Nappa leather seats, a 10-speaker sound system, a Qualcomm 8155 chip, and three LiDARs from Robosense to allow assisted driving functions (GAC has not revealed the autonomous capability yet).

GAC Group plans to construct a second GAC Aion New Energy Vehicle plant with an annual production capacity of 200,000 units, Chinese media reports said last month. The company will invest CNY 1.81 billion in this project, and it aims to complete it this December. The opening of the second factory should allow GAC Group to launch more GAC Aion NEV models in 2023 and beyond.

What is the GAC Aion LX Plus release date?

The Aion LX Plus is now on sale in the Chinese market in four variants, including a ‘Thousand Miles’ edition.

What are the rivals to the GAC Aion LX Plus?

The LX Plus has no direct rivals owing to its superior range. The performance would see it rival the Model Y, Ioniq 5 & Kia EV6 variants.

What is the GAC Aion LX Plus price?