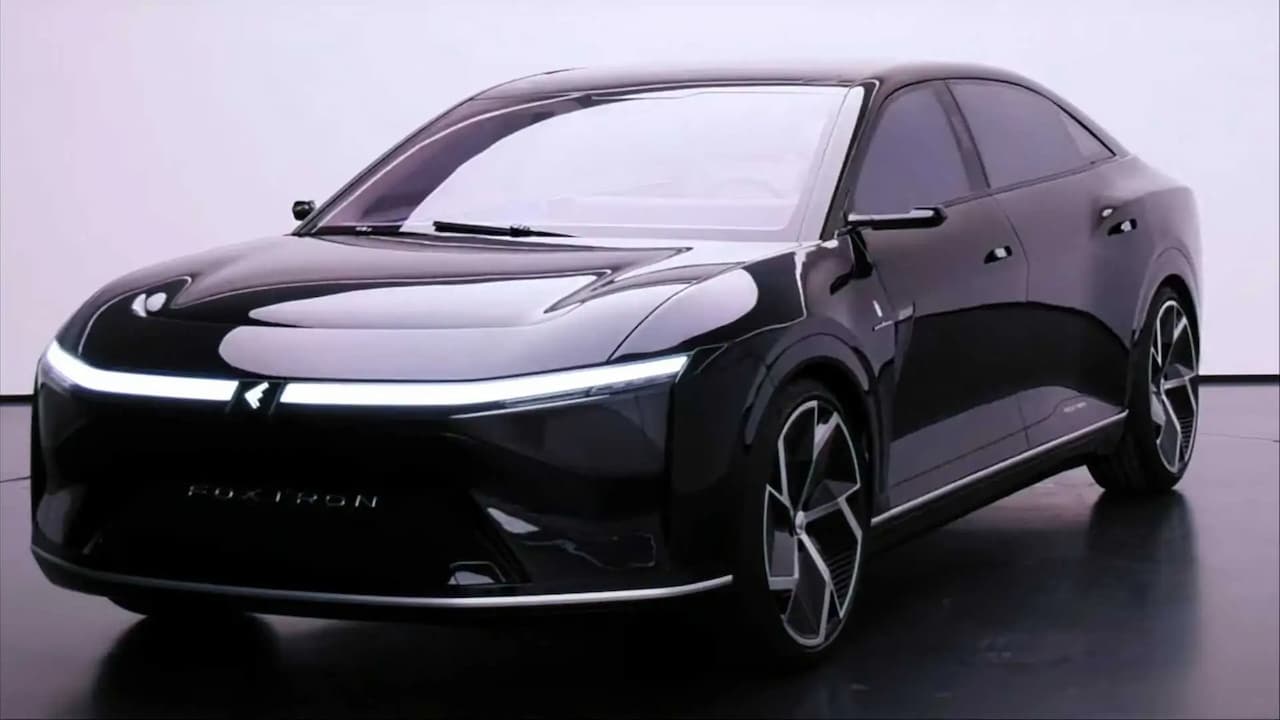 The Foxtron Model E made its public debut at the International MotorXpo Hong Kong (1-5 Dec 2021) as part of its designer, Pininfarina’s stall at the show. Foxtron, a JV between Foxconn (popular for assembling the iPhone) and Taiwanese automaker Yulon Group, was established in November 2020, and showed off three electric concept vehicles in October 2021: Model C crossover, Model T bus, and the Model E sedan.

The Foxtron Model E sits noticeably low and features a sleek exterior designed for high aerodynamic efficiency. The deep nose section and two-tier headlamps project ample aggression. The low and sloping hood adds sportiness to the front-end. The electric sedan has plenty of curves and rounded elements, and they make for a fluidic design.

The Model E features a bow-shaped greenhouse consisting of slim windows, but doesn’t come with frameless doors. Foxtron has used camera-based virtual mirrors to reduce wind resistance, which can improve its energy efficiency. In addition to reduced drag, it offers lower wind noise, making the journey calmer and more comfortable. The five-spoke closed alloy wheels give the electric car a sportier styling, while also making it more aerodynamic.

The rear-end is not as attractive, but the combination lamps present an innovative safety solution. Below the outermost portion of the light strips, there’s a transparent section in which the EV can project signals for the vehicle behind.

Pininfarina was responsible for the design of the exterior and interior of the Model E. The concept was also made by the Italian design house in its facility in Cambiano, Italy. Pininfarina says the sedan is designed to be a flagship model, being the “first choice” for businesses, and appealing to middle and high-end customers.

Inside, the rear seat can transform into a mobile office with a seamless connection to personal mobile devices. Smart features of the Model E include face recognition-based door opening, smart windows, and smart surfaces on the outside which can display custom messages or images on the bumper of the sedan.

The Foxtron Model E has a premium interior comprising rich colors and materials and elegantly designed surfaces and components. The sleek dashboard and front center console appear as if they’re floating, matching the fluidic aesthetic of the exterior. A wide horizontal panel resides behind the compact, flat-bottomed steering wheel, integrating the driver information display, the central display, and what looks like a reverse monitor. There’s a convenient laptop holder integrated into the rear seat behind the driver seat – a feature business customers would very much appreciate.

Foxconn announced its MIH Open Source platform where it invites other companies to partake in the development of autonomous electric vehicles. While exact details about the platform, such as the materials it will use, have not been shared, we know the MIH is capable of accommodating up to a large bus!

Delivering 750 hp and a company-claimed range of 750 km (469 miles), the Model E can accelerate from 0-100 km/h (0-62 mph) in 2.8 seconds. While other details, such as the size of the battery, or the number of electric motors, have not been revealed, Foxconn has mentioned its plans for introducing a solid-state battery for EVs in 2024. If the Model E sees the factory floor, it would be reasonable to expect a solid-state battery on the high-end sedan. Foxconn has also made investments in Chinese battery maker CATL.

EV start-up Lordstown Motors announced last month that it will sell its facility in Ohio, USA, to Foxconn for USD 230 million. The deal is expected to be completed by April 15, 2022, while parallelly, Lordstown and Foxconn plan to co-develop global commercial fleet vehicles based on the MIH platform. Foxtron Chairman Liu Young-way said the company is targeting a 10 percent market share of the global EV industry by 2025. We should know more about the Foxconn EV plans in the first half of 2022, but the foundation seems to be coming along very well. 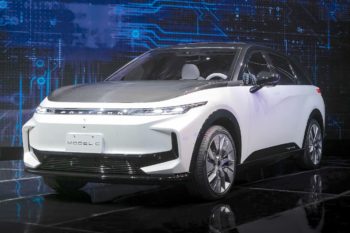