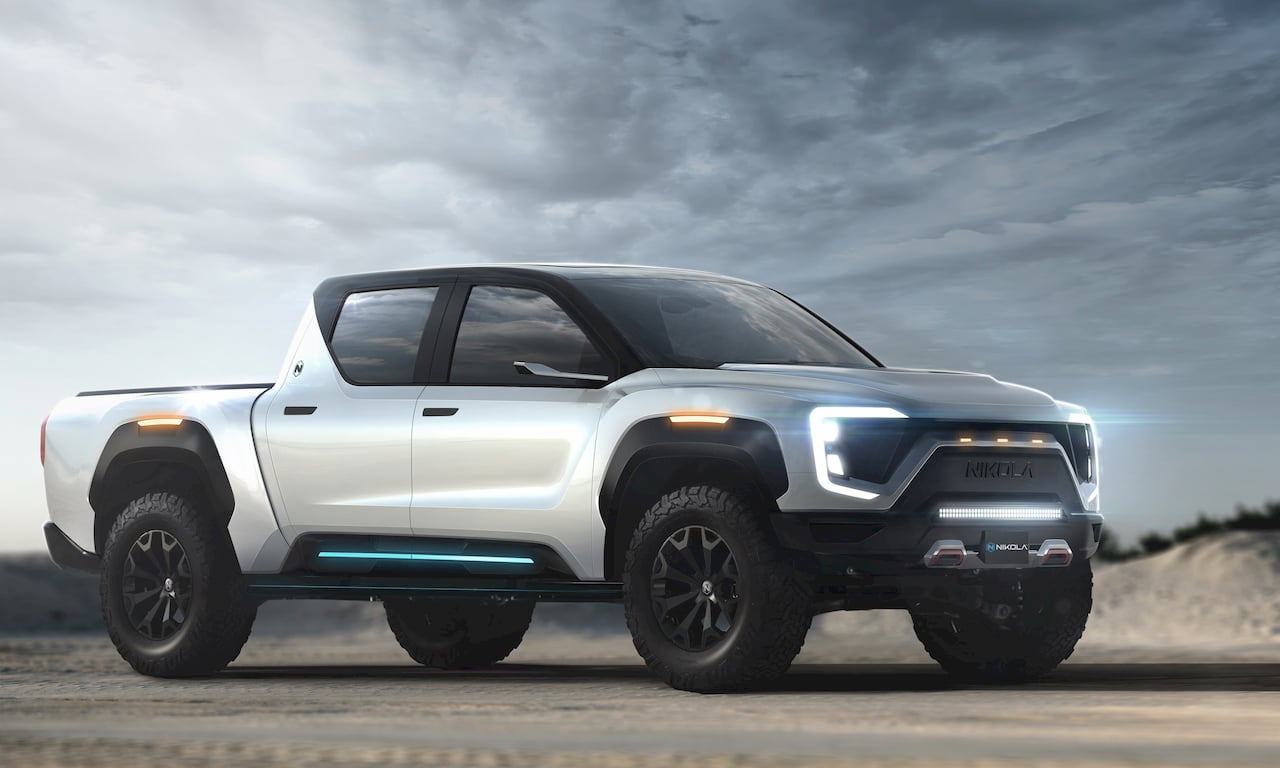 While compact electric cars and electric SUVs are making inroads Stateside, America’s favorite bodystyle, the humble pickup (‘Ute’ if you are reading this from Down Under or a ‘Bakkie’ if you grew up in South Africa) is not to be forgotten. In this story, we take a look at some of the upcoming electric pickup trucks which you could see in your neighborhood supermarket parking lot, come 2022.

The Ford F150 electric is confirmed to enter production in mid-2022 at the upcoming Rouge Electric Vehicle Center in Dearborn, Michigan. The new manufacturing center, Ford said, will add 300 jobs and is part of a USD 700 million investment in building the new F150 lineup.

Jim Farley, Ford’s CEO describes the Ford F150 electric as a “seriously capable, purpose-built tool for serious truck customers”. The electric variant of America’s most popular vehicle is currently undergoing “tens of thousands” of hours of tests and millions of simulated, lab and real world test miles before it hits the production line.

The F-150 electric is announced to be the most powerful F-150 ever built, yet deliver commercial and personal customers the lowest expected lifetime total cost of operation, Ford announced. Ford says the F150 Electric could create savings of more than 40 per cent for its lifetime cost of operation.

The company will debut new technology that allows mobile power generation aiding customers to use their trucks as a power source. Ford says this is intended towards campsites and jobsites, so we think the electric F-150 should easily be able to run an electric stove for when you are out fishing, or an electric chainsaw, if your work demands it.

We know that the electric F-150 will feature dual electric motors to achieve that claim of being the most powerful F-150 ever made. This will give the pickup the “fastest acceleration” and ability to tow heavy trailers, Ford says, and the video shows a prototype pulling a U-haul type storage bin up an incline.

Once you do buy your F-150 electric, you certainly won’t be in a hurry to get a cover for the load bed for your shopping runs, as Ford says a “giant” front trunk will be seen on the upcoming electric pickup. And similar to Tesla, Ford says it will continuously provide fast over the air updates to improve the F-150 electric.

Not all electric pickups are having a dream journey from announcement to execution, and the Nikola Badger is the perfect example here. Sketches of the Nikola Badger electric pickup were shown after the Tesla Cybertruck reveal (in November 2019), as a way of trolling the Cybertruck’s design. It worked in Nikola’s favor though, as the company said it will start taking reservations for the Badger electric without having shown a prototype! Production, it said, would take place in 2022.

However, there are a lot of issues that need to be ironed out first. To begin with, an unveiling event for the Nikola Badger which was announced for December 4, 2020, has now been cancelled. The event, dubbed, Nikola World, is cancelled owing to Covid-19 led restrictions, the company announced in a statement this week, however, reports say a potential deal with General Motors, which should have gone through by now, is hanging in the balance, that could be behind delays.

Before we get to that deal though, the Department of Justice and Securities and Exchange Commission have launched probes into Nikola after a research firm (Hindenburg Research) released a report saying Nikola had made fraudulent claims about its technology. The brand, which describes itself as a fuel cell leader, would be relying on companies such as GM and Bosch to be a leader, as per reports. Nikola CEO, Trevor Milton stepped down on September 21.

Coming back to the GM-Nikola deal which was announced in early September, it would potentially see GM manufacture the upcoming electric pickup for Nikola, in addition to providing batteries and fuel cells for other Nikola projects. GM would get an 11 per cent stake in Nikola, and a further USD 700 million for manufacturing the Badger.

The ink from the above deal should have dried by now, but both companies confirmed that discussions were ongoing.

If the Nikola Badger sails through to production, it would be available as either a battery electric (BEV) or a hydrogen fuel cell electric pickup truck. However, customers can choose between a BEV+FCEV or an only BEV variant. Even the BEV variant can be equipped with the FCEV drivetrain via a post-purchase upgrade.

The first Nikola Badger electric pickups would come from a factory in Ulm, Germany, run in a JV partnership with Iveco. The first five Badger prototypes (with a battery pack) should be completed within the next few weeks, whereas the first prototype of the hydrogen fuel cell truck is expected to enter testing in 2021. The Nikola Badger prices in USA start at USD 60,000 (BEV) and USD 80,000 (FCEV+BEV).

We don’t know too much, in fact nothing about the Fisker Alaska electric pickup truck, as even the sole image available on the internet was an “accidental” upload by founder Henrik Fisker on Twitter. However, the company has confirmed its modular electric vehicle platform from Magna that will underpin several products, and its reasonable to expect the Alaska to share specs with the upcoming Fisker Ocean electric crossover.

This could lend the upcoming electric pickup different options for range and horsepower, and possibly rear-wheel drive and AWD options. The quickest Ocean is announced to do 0-60 mph in around 3 seconds, and the Alaska could probably duck under the 5 seconds mark. The base variant of the Ocean sees an output of 300 hp itself.

Just like the Fisker Ocean, the Alaska could see a vegan interior option with recycled materials like rubber and polyester. On the Ocean, solar panels are seen on the roof, as is an extremely aggressive regen mode to increase the range up to the last kWh available. In case of the Fisker Alaska, the tonneau cover could turn into a solar roof to power onboard electrical devices, effective in places where sunlight falls abundantly.

The final production Fisker Ocean will be unveiled at the 2021 LA Auto Show in May. To be priced from USD 37,499 (USD 29,999 after federal EV tax credits) it will be offered in four different packages. Most importantly, a flexible lease program lets drivers pay USD 2,999 as an activation fee and then USD 379/month for as long as you keep the vehicle. Full services are included in this price, Fisker says. This could definitely be seen on the Fisker Alaska when it is unveiled sometime in 2022.

The production of the Fisker Ocean will take place at a Magna Steyr plant in Austria, from Q4 2022. Whether the Fisker Alaska will also go to the European contract manufacturer or see American production isn’t known yet.