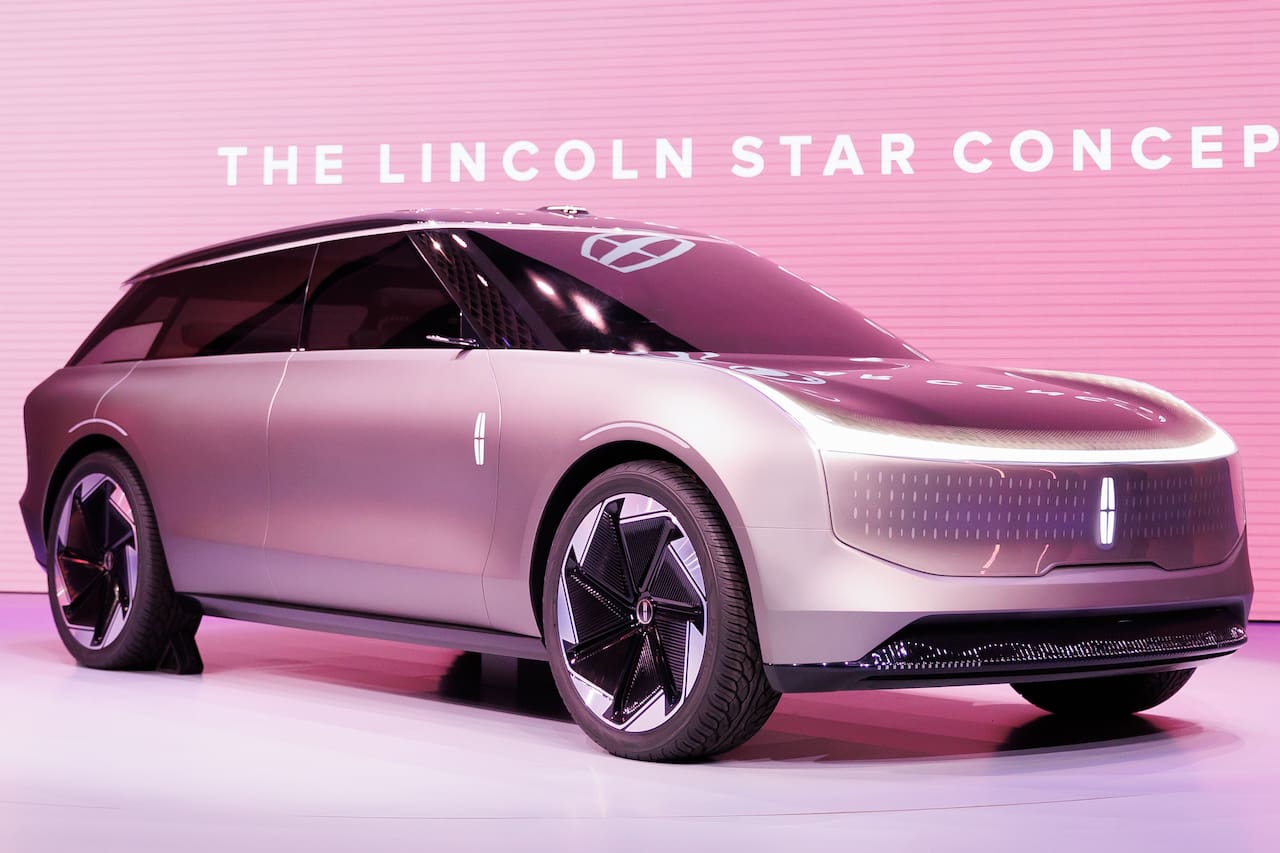 The rumored ‘Lincoln Mark-E’ (the title given by the internet to the first Lincoln electric car) is finally here, and it’s called the Lincoln Star. The concept previews the design language of Lincoln EVs, as the brand plans to launch four zero-emission vehicles by the end of 2026.

In addition to previewing the design language of Lincoln EVs, the Star concept is likely to evolve into a production mid-size electric SUV, which will reportedly be the brand’s first EV in the market. If that’s indeed the case, the Lincoln model may distinguish itself from the sporty Mach-E with an opulent and emotional design.

The Star concept features a sleek and dynamic silhouette reminiscent of the Range Rover in some ways. The front and rear are unique, though. The SUV sits visibly low and has a sloping hood, illuminated Lincoln branding, an angular greenhouse, a wide faux grille, a full-width U-shaped headlight, and an inverted U-shaped tail light. There’s also a LIDAR sensor on the black roof.

Spy media has revealed that testing of the Lincoln electric car has commenced. The early prototypes wear the Ford Mustang Mach-E’s top hat, but peculiar differences indicate that the actual EV underneath the familiar shell is something else.

A higher ride height and the wheels with six lug nuts (instead of five) suggest that the Lincoln electric car will be tougher than the Ford model. Other visible changes include an increased wider track and an elongated wheelbase, which hint at a bigger body and a more spacious cabin.

One interior highlight is Lincoln Attache, a digital briefcase with a hidden compartment in the rear coach door. It provides safe storage space for tablets and laptops and doubles as a wireless charger for supported devices.

The first Lincoln electric car will ride on an evolution of the Ford Mustang Mach-E‘s RWD/AWD EV platform. In the announcement on June 16, 2021, Lincoln said that it plans to use a new RWD/AWD EV platform for all its four EVs. The Lincoln Star concept also utilizes the company’s rear- and all-wheel-drive electric architecture. The concept has a frunk (front trunk), and the production version, too, should have that feature.

The top-end Mustang Mach-E configuration packs two motors with 480 horsepower and 634 lb.-ft. of torque, and a 98.8 kWh Lithium-ion battery with 376 cells. This would be an ideal configuration for the Lincoln’s inaugural electric SUV.

Expect a maximum range of around 300 miles in the first Lincoln electric car. An adaptive suspension could be a standard feature in the electric luxury SUV.

Lincoln is working on improving customer experience as part of its transformation to connected and electrified vehicles. The company is expanding Vitrine dealerships to more locations. There are currently 28 such brand-exclusive dealerships, and 50 more are in the pipeline. With a plan to focus on the top 130 luxury markets, the company will likely further increase retail outlets to serve its EV customers in the next few years.

Given that the production Lincoln Star will be technically similar to the Mustang Mach-E, Ford could manufacture the EV at its plant in Cuautitlan, Mexico. However, reports suggest that the company won’t add more EVs to this factory for the foreseeable future because it needs all the production capacity it can free up to make the Mustang Mach-E. That explains why it’s relocating the production of the Ford Explorer EV and Lincoln Aviator EV, a move that, according to another Automotive News report, would cause an 18-month delay in their start of production.

Announcing the Lincoln Star concept, the brand said it plans to launch three EVs by the mid-decade and the fourth EV in 2026. The company didn’t elaborate on the models. Reuters had learned that pure electric Lincoln SUVs for launch through 2026 would replace or sit alongside the Corsair, Nautilus, Aviator, and Navigator.

An Aviator EV or an Aviator-sized electric SUV will enter production at the Oakville plant (Canada) in late 2024 or early 2025, two of its sources said. Production of the Corsair and Nautilus’ electric alternatives could commence at this facility in 2025 or 2026. Ford hasn’t finalized the production plans for these two models yet. The largest Lincoln electric SUV, a Navigator-class model, will enter production in 2026. Ford will build it using the same new bespoke EV platform as the next-gen F-150 Lightning.

Lincoln has become an SUV brand in the United States

Production of the Lincoln MKZ ended in 2020, making it the final Lincoln sedan in its portfolio. With the Lincoln Continental also departing, Ford Motor Company’s luxury brand specializes in SUVs in the United States and will keep it that way for the foreseeable future.

In an interview with Ford Authority, Kumar Galhotra, Ford Vice President and President of the North American region, said that Lincoln did not have foreseeable plans to go back to sedans but added that the luxury segment is important in China and that Lincoln was a growing brand there. 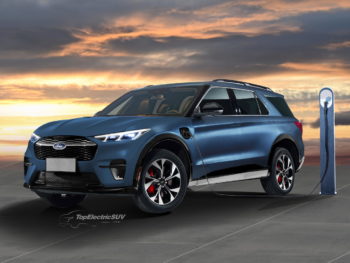 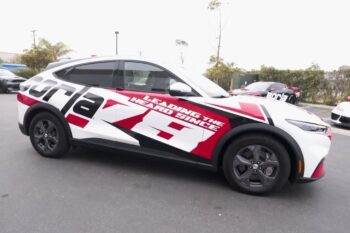 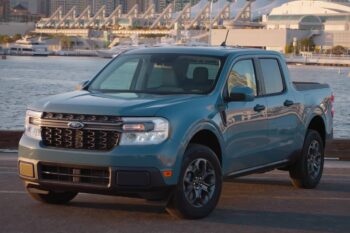