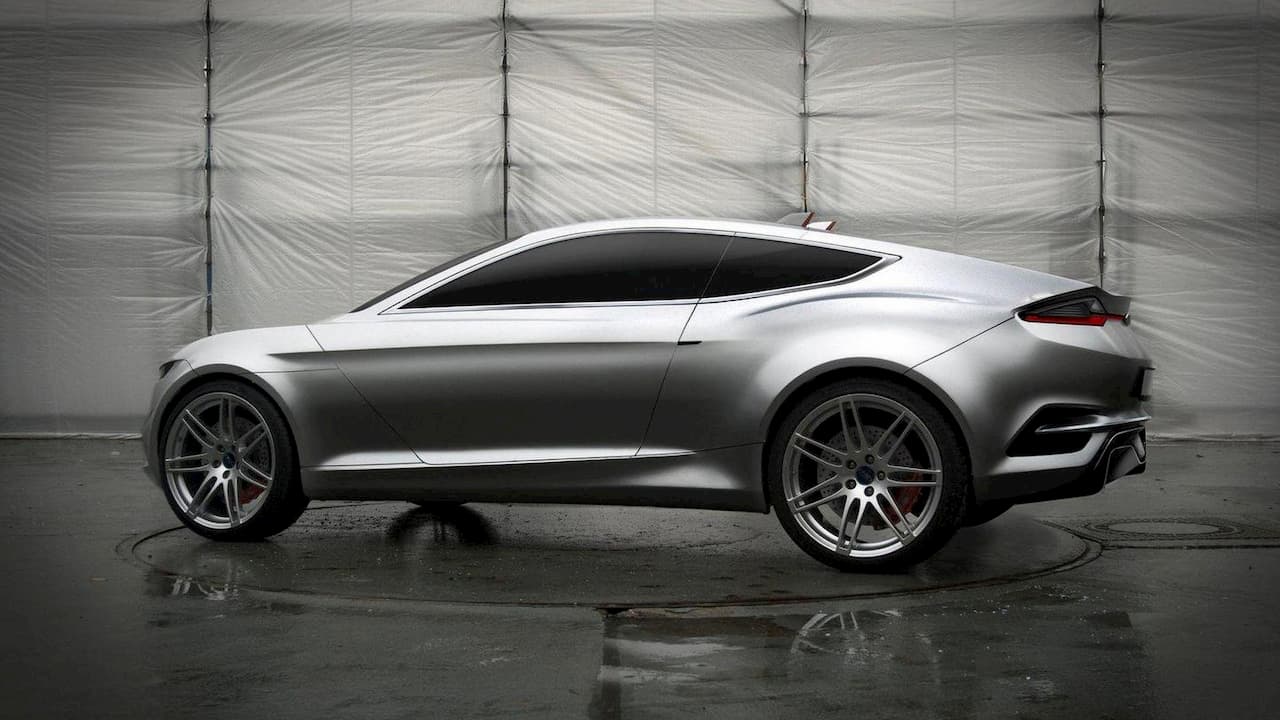 Update – We have presented a fresh story with photographs of the new Ford Evos from its debut at Auto Shanghai 2021. Head here to catch the story.

The spiritual successor to the Ford Mondeo could be called the Ford Evos or the Ford Mondeo Evos, it was reported at the end of last year. The electrified SUV is shown in the spy shots (below) captured in what appears to be China.

According to a report on autoexpress.co.uk, the new Ford hybrid SUV could be launched next year and come to rescue of the Mondeo nameplate which is endangered due to the fall in demand for the sedan. Ford has confirmed that the Mondeo sedan goes out of production this month and that it will not be replaced in Europe, as SUVs are the new trend.

A report from autohome.com.cn says that the Ford Mondeo Evos or Ford Evos will premiere at the 2021 Shanghai Auto Show (April 19-28). The model that will debut at the Chinese show will be in concept version, though, which means that we may have to wait until at least late-2021 to see the final car.

The report says that in addition to an electrified engine, the Ford Evos will come with conventional 1.5- and 2.0-liter engine options. These should be EcoBoost turbocharged four-cylinder gasoline engines. We have talked more about the hybrid variant further into the story.

Ford announced in November 2018 that it is phasing out slow-selling sedans to free up capital for new entries in growing segments. “We are now beginning to see the results of our capital shift away from traditional sedans to trucks and SUVs with new utility nameplates globally,” it said in 2019. With sales dropping year over year since 2015 in the US and 2016 in Europe, the Fusion/Mondeo’s demise as a sedan (and conversion into an SUV) isn’t surprising.

The prototype of the upcoming Ford crossover has sporty proportions reminiscent of the Mustang Mach-E. The low roofline slopes down dynamically, akin to a coupe. At the front, a wide hexagonal grille with a fully closed-off panel dominates the face. The sleek light cut-outs on the top suggest a split headlamp setup. Another feature worth noting is flush door handles, which would not only add to the style but also result in enhanced aerodynamics.

The closed-off grille, flush door handles, and interior had us mistake this model for a pure electric SUV. Image Source facebook.com

For the interior, the designers have taken the trending, low-profile approach with compact elements that free up space and a nearly full-width freestanding display. A seamless panel should amalgamate multiple screens, possibly an instrument cluster, an infotainment unit, and a passenger-side multimedia/climate control panel.

TopElectricSUV.com has accessed a trademark application at the EUIPO where Ford wants to protect the name ‘Mondeo Evos’. The company may use this name for the with the word Evos reflecting the evolution of the car from a sedan/estate into an SUV.

In all likeliness, Ford is developing the Evos using the flexible C2 platform that underpins the Focus, Escape/Kuga, and Bronco Sport. Like almost every modern global car platform, it’s a scalable/modular base allowing the incorporation of a broad range of technologies and gadgets. The usage of the C2 platform means the capability to offer every popular type of hybrid powertrain, from 48-volt mild-hybrid to plug-in hybrid.

Should Ford offer the all-new Evos in hybrid and plug-in hybrid variants, a 2.5-liter naturally aspirated gasoline engine could be resting under the hood. It should be the in-line four-cylinder unit the company uses in the Escape Hybrid and Escape Plug-in Hybrid (Escape PHEV) currently, AutoExpress point out.

While partial electrification with a hybrid variant would be obvious for any upcoming Ford model, given the Chinese market focus of the Ford Evos, it isn’t unrealistic to expect 100% electrification as the last step. Giving company to the locally-made Ford EV in China, the Ford Territory EV, a Ford Mondeo electric SUV could be a fruitful addition to the line-up. It could have a greater purpose, that of a strategic global Ford EV. To make all that happen, though, Ford would need to modify its C2 platform to support a pure electric powertrain, and that decision would be tricky considering that VW’s MEB platform and Ford’s propitiatory architecture that underpins the Mach-E are within reach.

For the U.S. market, a new Ford electric SUV positioned below the Ford Mustang Mach-E and manufactured at the same, Cuautitlan Izcalli plant in Mexico is in the works.

What is the Ford Mondeo Evos/Ford Evos release date?

As per Chinese media reports, Ford could launch the Evos SUV by early 2022, following its debut at Auto Shanghai in April.