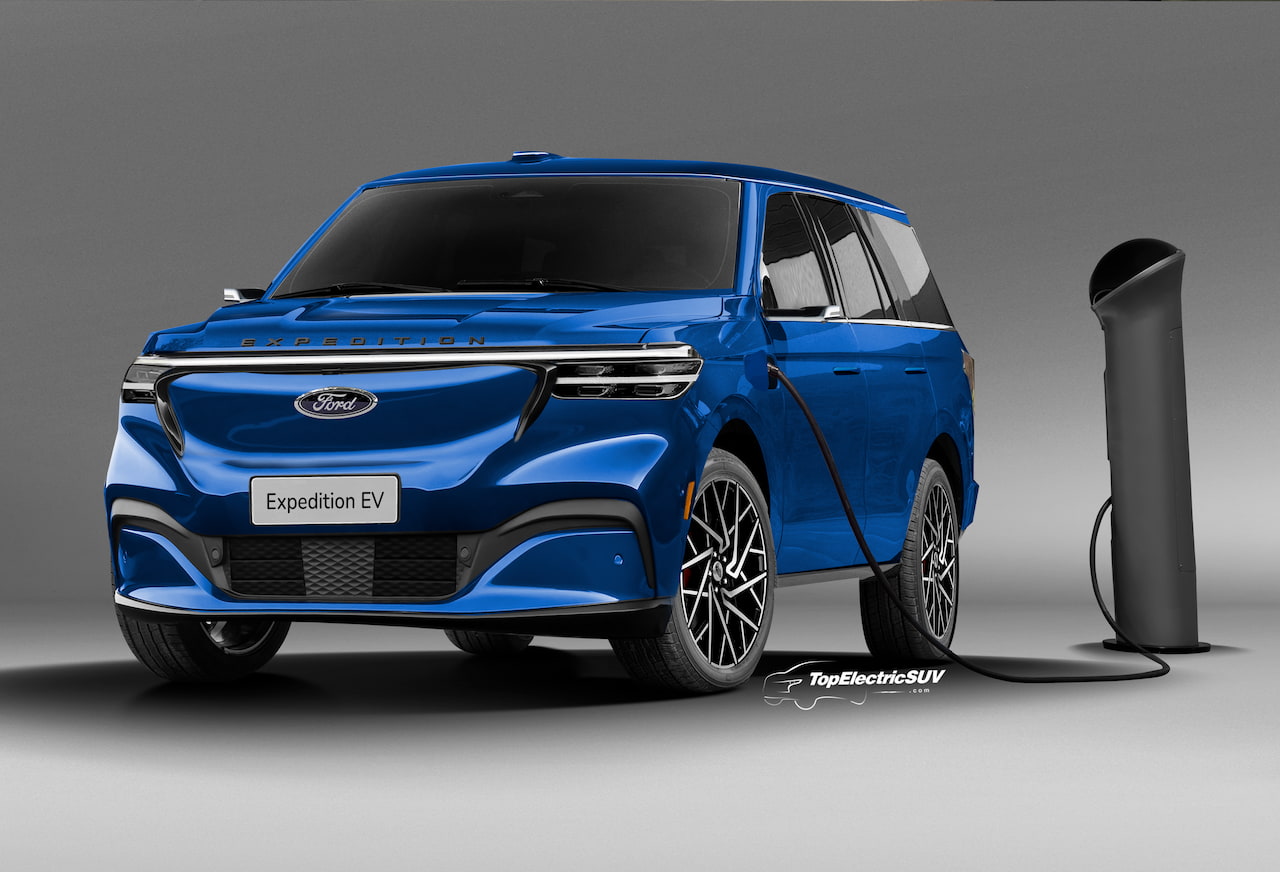 Update: Story updated with a rendering.

As Ford prepares to introduce a wave of new electric vehicles across various segments, its goal is to increase global annual EV production to more than 2 million units by 2026. One of these new EVs is expected to be the all-new Ford Expedition Electric. With this SUV, Ford will continue its commitment to providing buyers with electrified vehicle options that deliver the freedom and flexibility they seek.

While it’s too early to offer a definitive picture of the full-size electric SUV, below is the general expectation from a Ford Expedition Electric variant. Note that Ford has not spoken publicly on an electric Expedition, and this piece is based on the information revealed during the Blue Oval’s strategy announcements and our analysis.

The Ford Expedition Electric will either be the fourth-generation Expedition or a member of the fourth-generation Expedition family. Regardless, Ford could utilize the rumored TE1 truck platform in a high specification. The TE1 platform will reportedly debut in a next-gen Ford pickup truck (light duty) in late 2025 and underpin various other models, including a Lincoln Navigator Electric, a Ford Explorer Electric, and a Lincoln Aviator Electric. One advantage of a skateboard platform is that the Expedition Electric need not be as long and wide as the gas-powered model to offer comparable space for passengers and luggage.

In the interest of efficiency, the Ford Expedition Electric will be more aerodynamic than the current gas-engined Expedition. Expect a change in proportions, with a short bonnet and a raked A-Pillar. Expect grilles with a smoother, textured surface instead of air intake holes, a sculpted hood, newly shaped running boards, heavily covered alloy wheels, and active aerodynamics. However, Ford is unlikely to go overboard and use a radical design. As in the case of the F-150 Lightning, customers probably prefer the Expedition to look tough, simple, and classically American. Below is how Lynn Antipas Tyson, Executive Director – Investor Relations, Ford, explained this for the F-150 Lightning:

We listen to our customers. They told us they don’t want a polarizing design that’s at the expense of functionality. They are not looking for driving modes that are gimmicky that they will never use. They want smart, intuitive solutions that will help them work smarter and be more productive, and that’s what we’ve delivered. And if we do that on 40% of our product line up by 2030, we expect that to be accretive to our business.

Development of the Ford Expedition Electric’s battery pack will likely take place at Ford Ion Park, a new facility dedicated to in-house research and development of battery and battery cell technology in Romulus (Michigan), USA. The Blue Oval will pump USD 100 million into this facility, which will help develop and produce Li-ion and solid-state battery cells and arrays. Expect production at the USD 5.8 billion BlueOval SK Battery Park in Glendale (Kentucky), USA. BlueOval SK is a joint venture between Ford and SK On.

The Ford Expedition Electric would feature the Ford Intelligent Back Power and Pro Power Onboard that allows using the traction battery pack as a power source for home, home appliances, power tools, security systems, and other rechargeable electrified vehicles. In the F-150 Lightning, customers can offload 9.6 kW with Ford Intelligent Backup Power. Plus, Pro Power Onboard lets them supply power externally to electronics, tools, and appliances directly through built-in electrical outlets, with up to 2.4 kW available through the frunk and up to 7.2 kW through the outlets in the cab and bed.

The Expedition Electric may have a massive front trunk or a frunk under the hood. The lockable extra cargo space area may consist of multiple electrical outlets, USB chargers, and a drainable floor that can do the duty of a food and beverage container. It may have enough space to store at least two carry-on bags, and one checked bag or two golf club sets.

BlueCruise would enable Level 2 hands-free driving on ‘Hands-Free Blue Zones’ across the U.S. and Canada. Currently, this feature is usable on more than 130,000 miles of prequalified divided highways across the two countries, but by the time the Expedition Electric arrives, it should have grown considerably. Ford may have Level 3 autonomous driving capability ready by that time and offer the same in the full-size electric SUV.

FordPass is a smartphone app that lets customers monitor their vehicle and remotely control some of its functions. They can start/stop, lock/unlock, locate their vehicle, schedule a start, check its status, get roadside assistance and access to charging stations and use many more connected vehicle functions through the app.

Software updates delivered over the air would fix many technical issues, bring technical improvements, and enable new features. With Ford Power-Up OTA updates, the vehicle keeps getting better throughout its life without needing a visit to the dealership.

The Ford Expedition Electric could enter production in the second half of the decade.

What is the Ford Expedition Electric release date?

Ford could launch the Expedition Electric in the second half of the decade.

What will be the Ford Expedition Electric price?

The Ford Expedition Electric could cost around USD 65,000 onwards.

Which models will be Ford Expedition Electric rivals?

The Ford Expedition Electric will likely compete with a Jeep Wagoneer Electric and a GMC Yukon Electric.

The featured image is a rendering of the Ford Expedition Electric that introduces Ford’s EV styling to the current SUV’s design. It is made for illustrative purpose, and does not preview the actual vehicle. 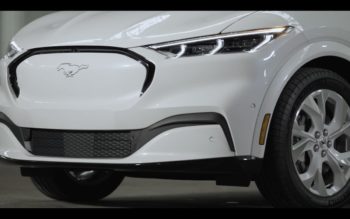 The 2023 Mustang Mach-E is probably just a month away from launch. 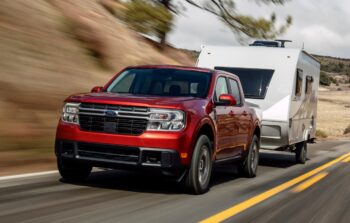 The 2023 Maverick Hybrid is reportedly just weeks away from its launch.