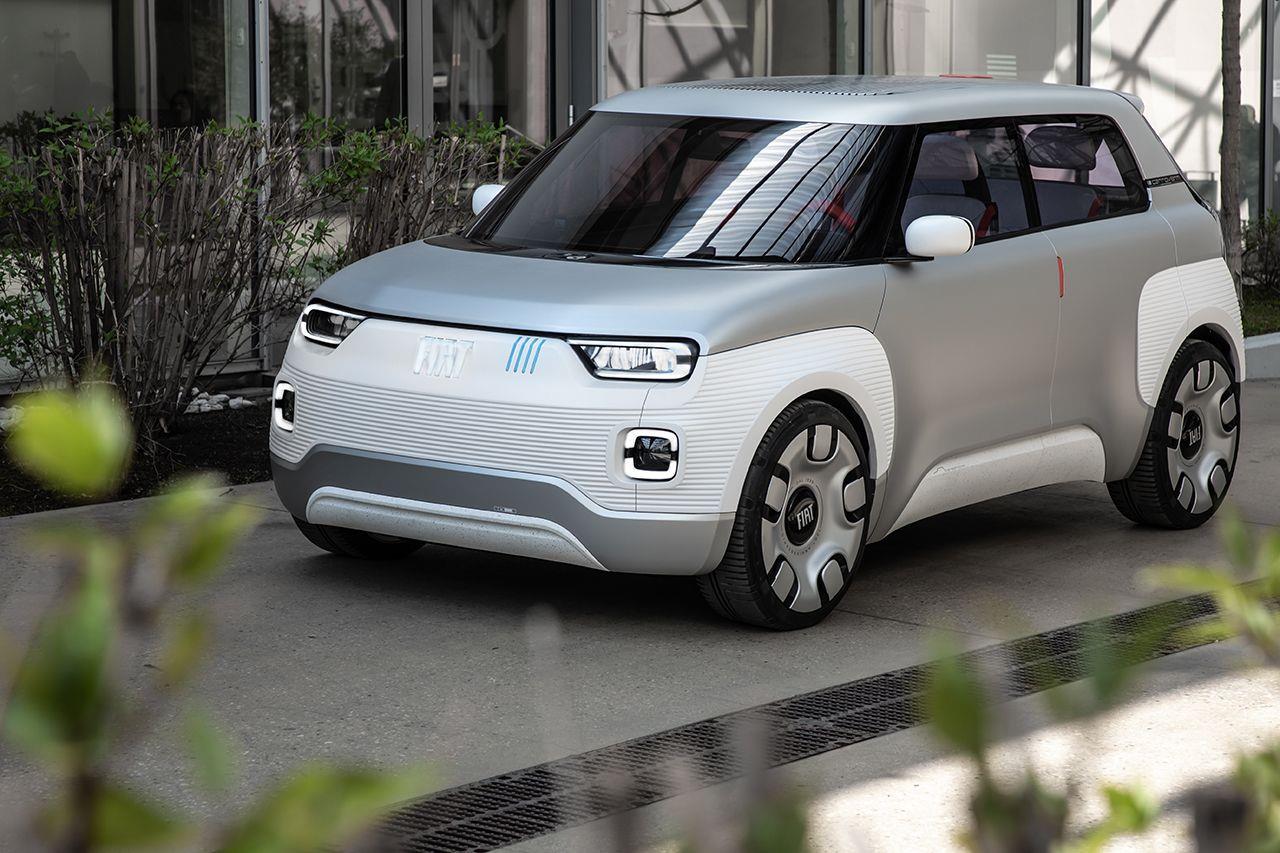 Stellantis is working on a replacement for the current Fiat Panda, available in Europe and running since 2012 without a shape change. The Panda belongs to the A-segment, which is fighting for survival in Europe due to what manufacturers consider over-regulation in the emission and safety aspects that is driving up prices significantly. For the next-gen Panda, total electrification looks inevitable.

In 2020, Fiat CEO Olivier Francois spoke to Auto Express about his company’s vision for a Panda crossover with zero emissions. “I think we have a bright future in the full electric approach to city cars, through the 500e and through the more non-traditional approach with this minimalist, lower price Centoventi that is very Panda-inspired,” he said.

At the end of September 2021, Auto Express published a report saying that Francois had confirmed the launch of an all-new Panda. The British magazine quoted the Fiat CEO saying the company has “found a way to make the new Panda.” Francois revealed that the Turin-headquartered carmaker plans to launch a model every year from 2023.

According to an Autocar report dated April 4, 2022, Francois has suggested that the Fiat Panda would be a family of models in the future. A next-gen Panda is in the pipeline, plus there’ll be other smaller and bigger hatchback/crossover models with the Panda DNA.

You will see smaller cars and bigger crossovers and you will recognise the Panda DNA (in some.) One will be called Panda.

As per the Autocar report, the designs of four future Fiat models have received approval. At least two models will have designs strongly reminiscent of the Centoventi concept.

The Centoventi concept is codenamed CC4 (City Car-4, where the 4 represents the fourth generation of the Panda). When showing the concept, Fiat said it was pushing to make the electric Panda, as it would have to pay heavy regulatory fines for missing upcoming CO2 targets otherwise. The company built the Centoventi concept on the same platform as the 500 Electric.

On the Centoventi concept, the extra batteries were installed under the car’s floor (this would be done by the service network on the production car, Fiat said), making installation and removal relatively easy. An additional battery under the seat was also seen on the Fiat electric car, which the company said could be disconnected and charged directly at the user’s home. A modular battery system would call for a bespoke platform, which we don’t see as part of the new strategy at Stellantis.

According to the report from L’Argus, the fourth-gen Fiat Panda will be based on the same platform as the fourth-gen Citroen C3 for Europe. It’s safe to assume that it’s referring to the second-gen eCMP platform that underpins the Jeep Avenger revealed in September 2022.

Mobile Drive, a new 50/50 joint venture company of Stellantis and Foxconn based in the Netherlands, will develop “breakthrough digital cockpits,” and the Fiat Panda EV could get the basic version. The new tech arm will be responsible for infotainment, telematics, and cloud service platform development. Its software innovations should include 5G communications, AI-based apps, upgraded OTA services, e-commerce opportunities, and smart cockpit integrations.

Reports indicate that the production of the next-gen Fiat Panda, which will be the first-ever Fiat Panda Electric, will commence in late 2024.

On April 28, 2022, Stellantis announced that it plans to install a new electric vehicle platform at its Kragujevac plant in Serbia and manufacture a yet-to-be-named successor to the Fiat 500L based on it from mid-2024. “This new platform dedicated to electric vehicles will perfectly match the products in the A, B, and C categories and will improve the efficient and clean urban mobility solutions of our brands,” CEO Carlos Tavares said.

On September 23, 2022, L’Argus published a report saying the Kragujevac factory will be responsible for the production of the next-gen Panda. The launch of the first-ever Panda Electric will take place at the end of 2024, as per the report. The Panda Electric will likely be the second electric vehicle made at the Serbian production site, where the 500L is the only product made currently.

According to an announcement from Federazione Impiegati Operai Metallurgici (Federation of Metal Workers Employees), Stellantis internally confirmed on September 20, 2022, that the third-gen Panda will remain in production till 2026. Hence, the Panda will be available in both gasoline and electric versions, allowing customers to choose the one that best suits their needs. Gasoline-powered Pandas will be ideal for customers who live in cities where electric vehicles aren’t yet practical, while pure electric models will be better for those who live in areas where charging stations are more readily available.

History of the 42-year-old Panda

The Panda celebrated its 40th birthday in 2020, and we peek into its fascinating history to learn how the model evolved over the years. The first generation Panda I from launched in 1980 was the work of Italdesign designer Giorgetto Giugiaro. The name Panda honored Empanda, the Roman goddess and patroness of travelers.

The first model was powered by a 4-cyl, 903cc engine that made 45 hp, and the drive went to the front wheels with a four-speed manual gearbox. At launch, the Panda I price was GBP 2,860 in the UK. Four years later, Fiat introduced the Panda 4×4 with a larger 965cc engine that made three horsepower more, had a 5-speed gearbox, and featured a world-first crawler function.

In 2003, an all-new Panda II was introduced. The brand junked the 3-door idea and went for a 5-door hatchback body style with a more rounded exterior and higher stance, cementing its identity of being a funky Fiat hatchback. It shared the brand’s ‘Fiat Mini’ platform with the 2nd gen Ford Ka, 2nd gen Fiat 500, and the 3rd gen Lancia Ypsilon.

The Panda Hybrid is the latest entrant to the family. Launched in early 2020, it has a 70hp, 1-liter engine mated to a belt integrated starter motor (BISG).

By 2025, Stellantis, the parent company of Fiat, wants to have 98% of models available with a plug-in hybrid electric powertrain and/or a pure electric powertrain. In 2026, it will introduce the all-new STLA Small platform, a version of the new STLA platform family developed for A-segment, B-segment, and (low-cost) C-segment electric models.

Stellantis aims to convert 100% of its sales in Europe and 50% of its sales in the U.S. to pure electric vehicles by 2030. It plans to expand its EV line-up to more than 75 models and global annual EV sales to five million units by the end of the decade.

Between 2025 and 2030, Fiat aims to go fully electric, Francois confirmed on the 2021 World Environment Day. Francois said that it is the Italian automaker’s “duty” to launch electric cars that cost the same as or lower than internal combustion engine vehicles as soon as it can, in line with the reducing costs of their batteries.

From 2023 and 24, you will see an unprecedented passenger car offensive that will bring electric versions on every nameplate and the same year – 2024 – Abarth, too, will switch to full BEV.

Fiat plans to be an EV-only brand eventually, but it will wait until the cost of EVs falls to the same level as ICE vehicles. “We will do so as soon as we can offer electric at the price of thermic, which, in Europe, should happen by 2025-2030,” Francois said at the Stellantis EV Day 2021. The CEO then talked about the Fiat Centoventi concept.

Obviously, we don’t want to just sit and wait and follow the trend. We want to disrupt and accelerate, and the ingredients for that are in our Centoventi concept presented in Geneva. This is exactly the kind of animal our DNA can generate. It’s a pure people’s electric car, affordable and using the concept of simplicity to cut the fluff and make way for batteries.

According to the Autocar report, the Fiat range will include 10 core models eventually – four LCVs, the South America-exclusive Strada, and five global models. Three of them will be the Fiat 500, Fiat Panda, and Fiat Punto successor, and the other two could be derivatives of the 500 or Panda.

The fourth-generation Fiat Panda is likely to be true to its nameplate, offering urban mobility at an affordable price with features that make it seem like a compelling value-for-money product. This low-cost electric car could be just what reignites interest in Europe’s city car segment.

What is the next-gen Fiat Panda release date?

The next-gen Fiat Panda will reportedly be launched in late 2024.

Which cars would the Fiat Panda electric rival?

What will be the price of the Fiat Panda electric?

The next-gen Fiat Panda electric is expected to start at under EUR 25,000. 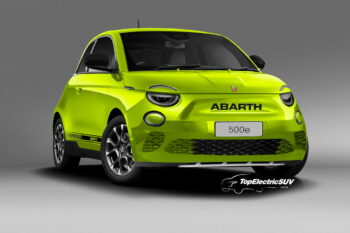 The all-electric Fiat 500e is getting a go-fast Abarth variant. 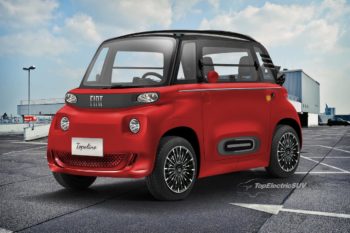 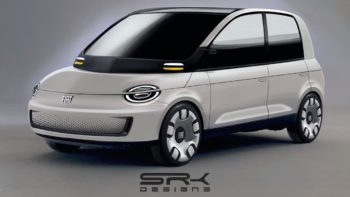